Daniel Craig will give up the keys to his personal 2014 Aston Martin Vanquish Centenary Edition when it heads to auction at The Exceptional Sale at Christie’s in New York.

Fittingly, the 2014 Vanquish is serial number 007—Craig is the most recent individual to portray James Bond, 007—and the actor worked with Aston Martin to fully personalize the car. Craig's affinity for denim and dark blue hues led to the custom midnight-blue exterior and deep blue, hand-stitched, leather interior. The interior also features a swath of carbon fiber and aluminum accents.

Aston Martin built 100 examples of the Centenary Edition Vanquish to celebrate the company's 100th anniversary, and each features the familiar 6.0-liter V-12 paired to an automatic transmission. 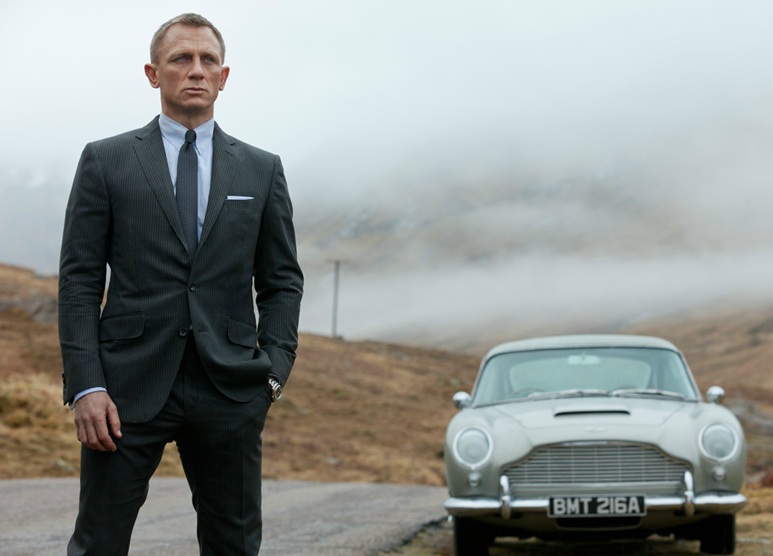 Proceeds from the sale of Craig's Vanquish will exclusively benefit The Opportunity Network, which is a non-profit organization that provides young people with pathways to career development.

"While I will miss it, I am keen to further the very important work of The Opportunity Network with its sale," Craig said in the auction announcement.

The car will cross the auction block at The Exceptional Sale on April 20, where it's estimated to fetch between $400,000 and $600,000. It doesn't get much closer than this to own James Bond's personal car. Just make sure not to touch the buttons marked "drop oil" or "launch rockets" should you get the chance to sit in the car.