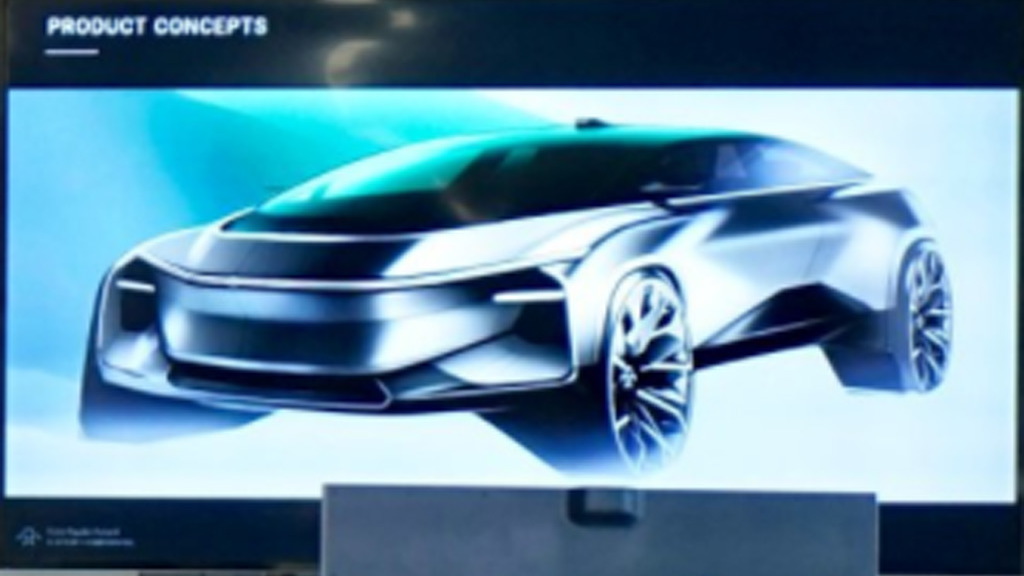 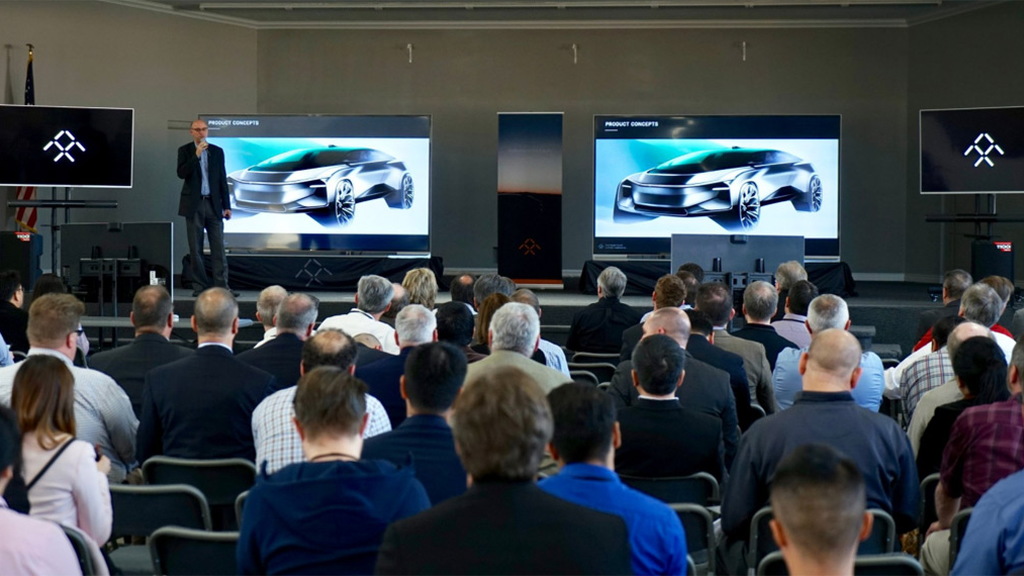 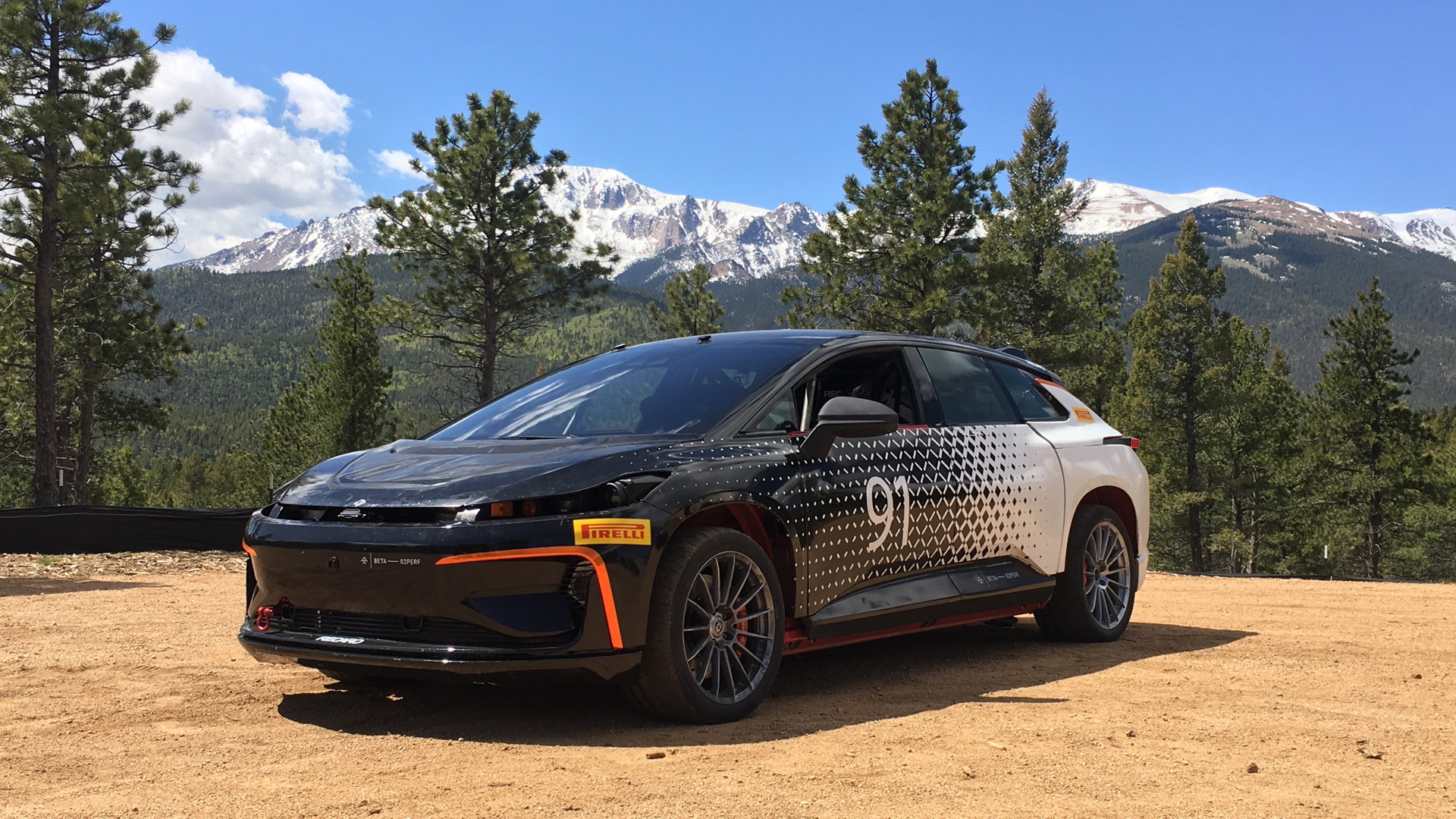 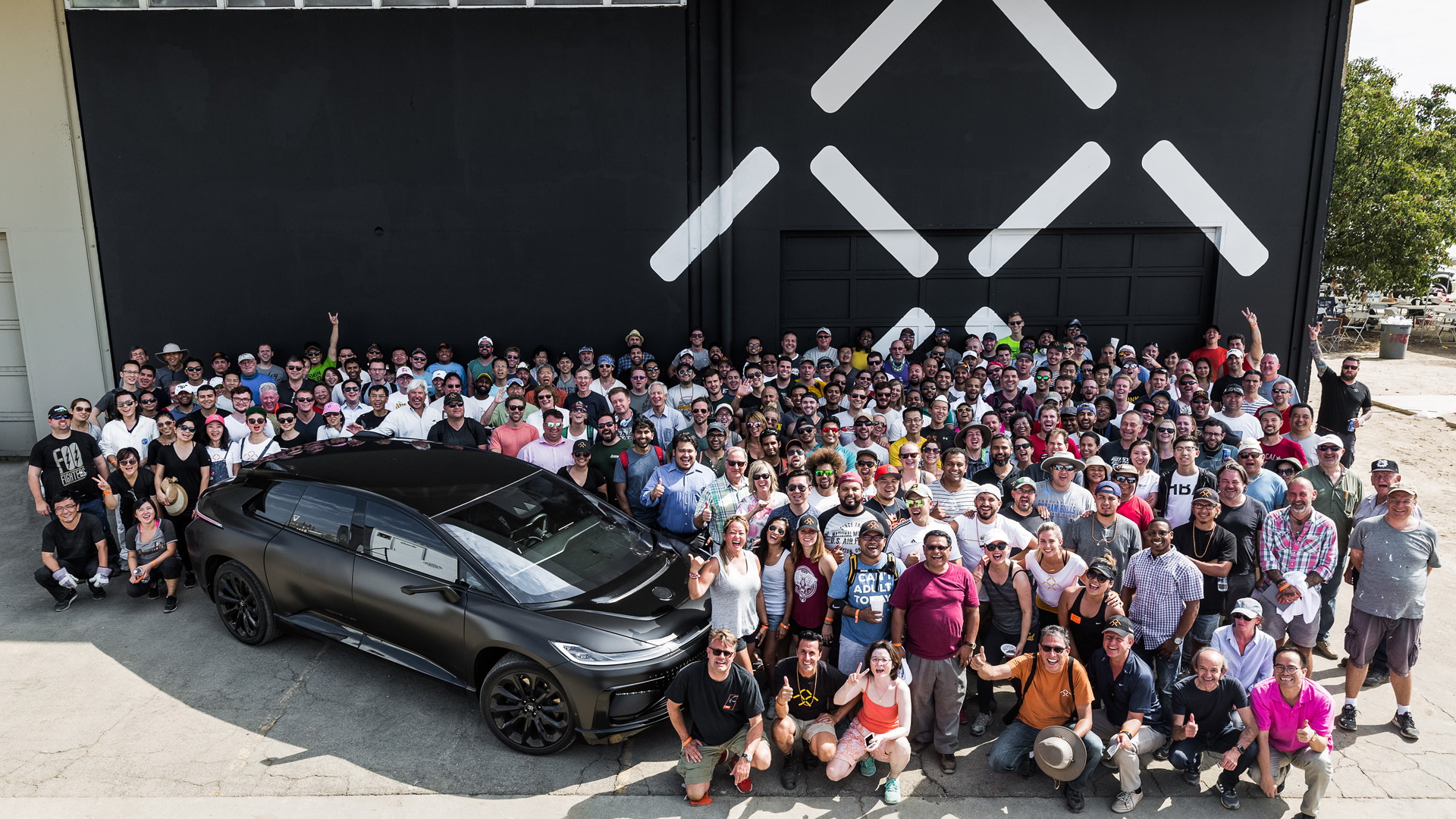 Faraday Future on Wednesday gave a preview of a model to follow the FF91, which the company remains hopeful of getting into production by the end of 2018.

The preview came in the form of a design sketch shown briefly to attendees at a supplier meeting. The electric car startup held the meeting with representatives from more than 100 suppliers at its headquarters in Gardena, California, including from Bosch, LG Chem and Ricardo.

The purpose of the meeting was to discuss production of the FF91 but Faraday Future also gave details on its global strategy and future product plans. Most of the details remain secret but some info has leaked.

According to one of Business Insider's sources, the next model will be an SUV slightly smaller than the FF91. It is expected to be called an FF81 and make a debut in Beijing, possibly at the city's auto show coming up in April. It's possible the design sketch shown at the supplier meeting depicts the FF81.

In case you wondering how to decipher Faraday Future's naming strategy, the “FF” indicates the Faraday Future brand while the first of the two following digits indicates vehicle positioning and the second the vehicle's generation. So, the next-generation FF91 would be called an FF92, and so on.

While only weeks ago Faraday Future seemed like it was out for the count due to its own financial strife, as well as that of its main Chinese backer Jia Yueting, the company appears to be back on track, helped along with a $1.5 billion lifeline from a mysterious Hong Kong-based investor. The immediate plan is to get the FF91 into production at a plant in Hanford, California that's currently being refurbished. Faraday Future's previous plan to build a $1 billion plant in Nevada is still the long-term goal, however, as the Californian plant only supports small-scale production.