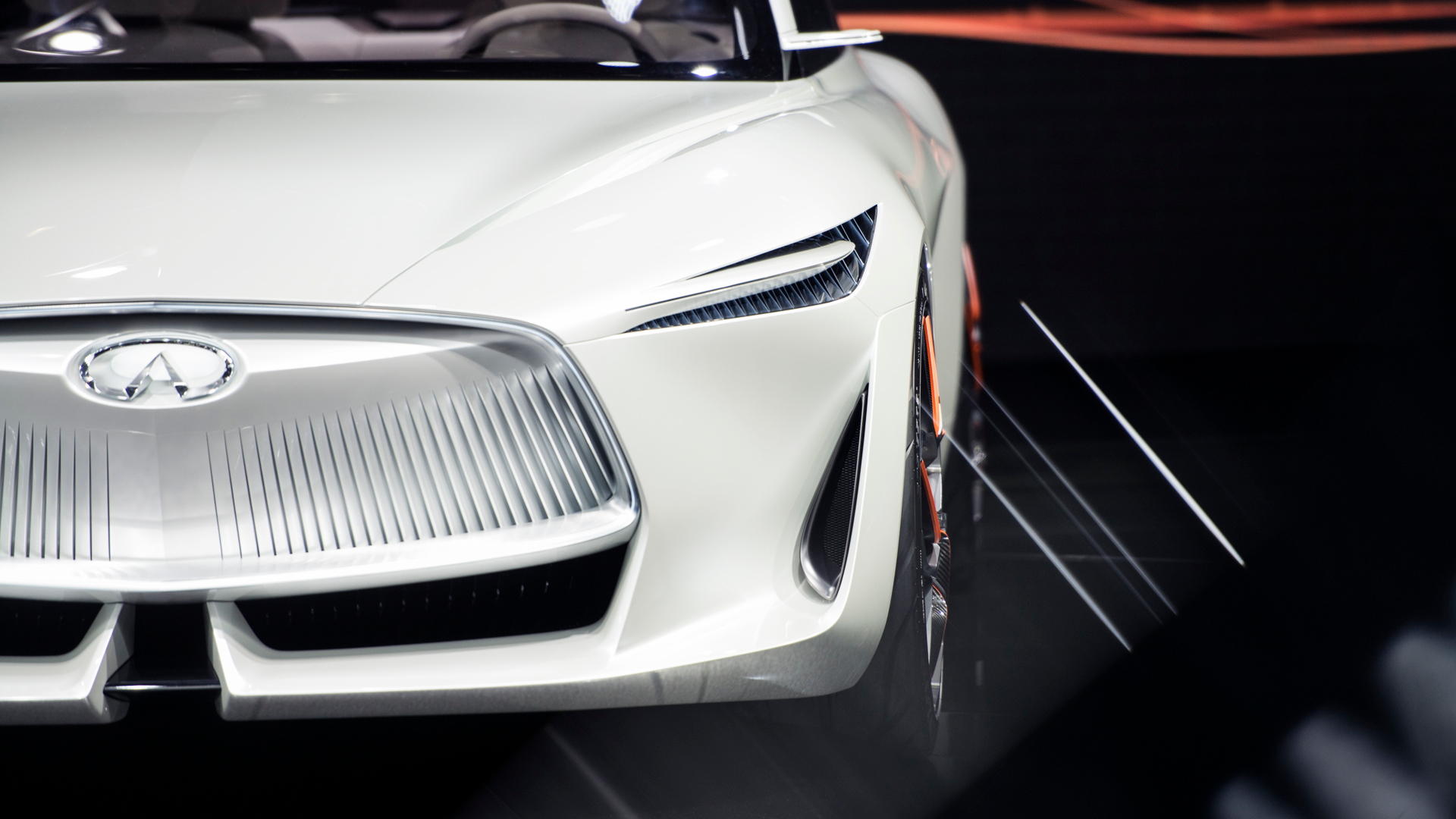 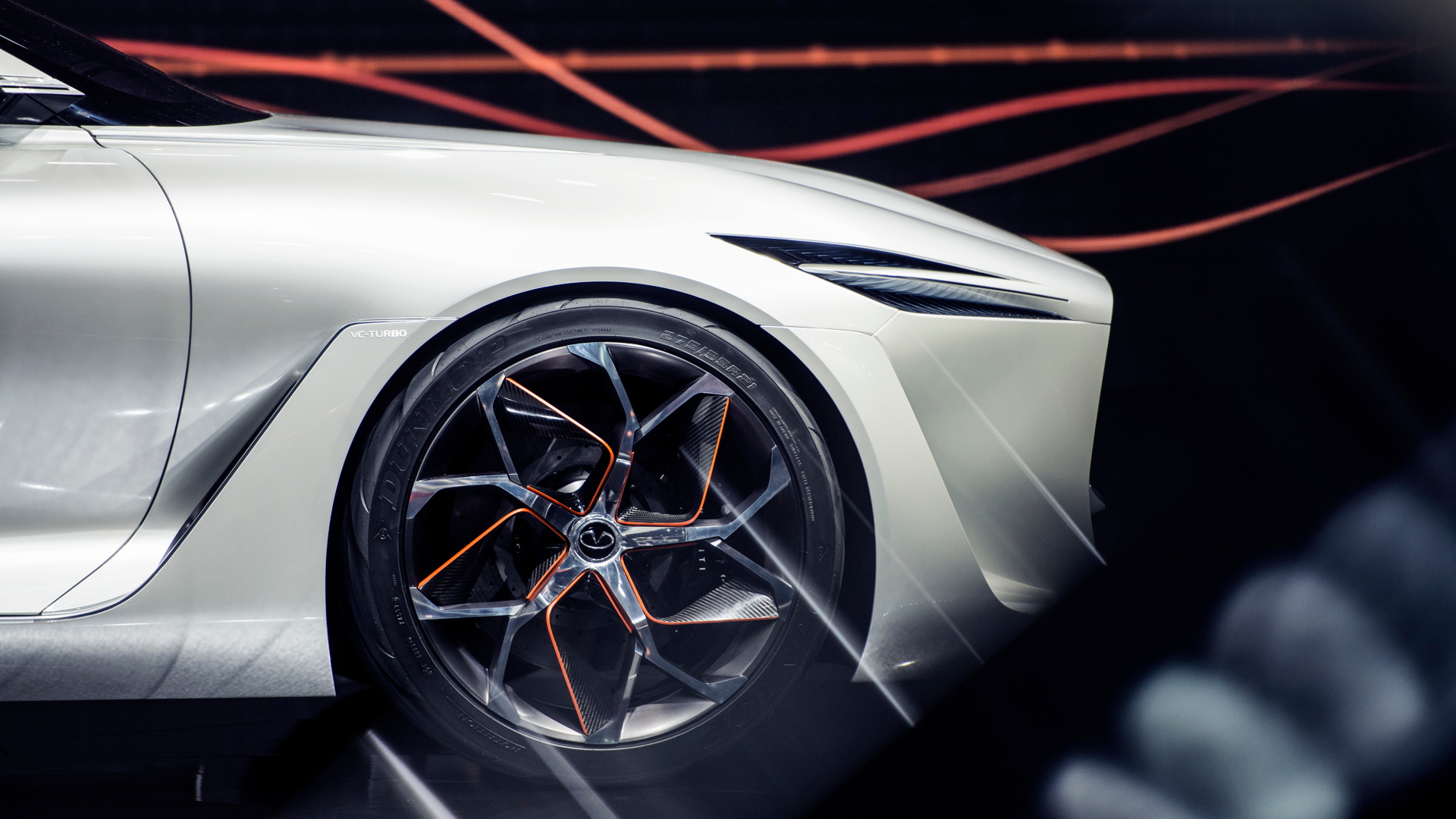 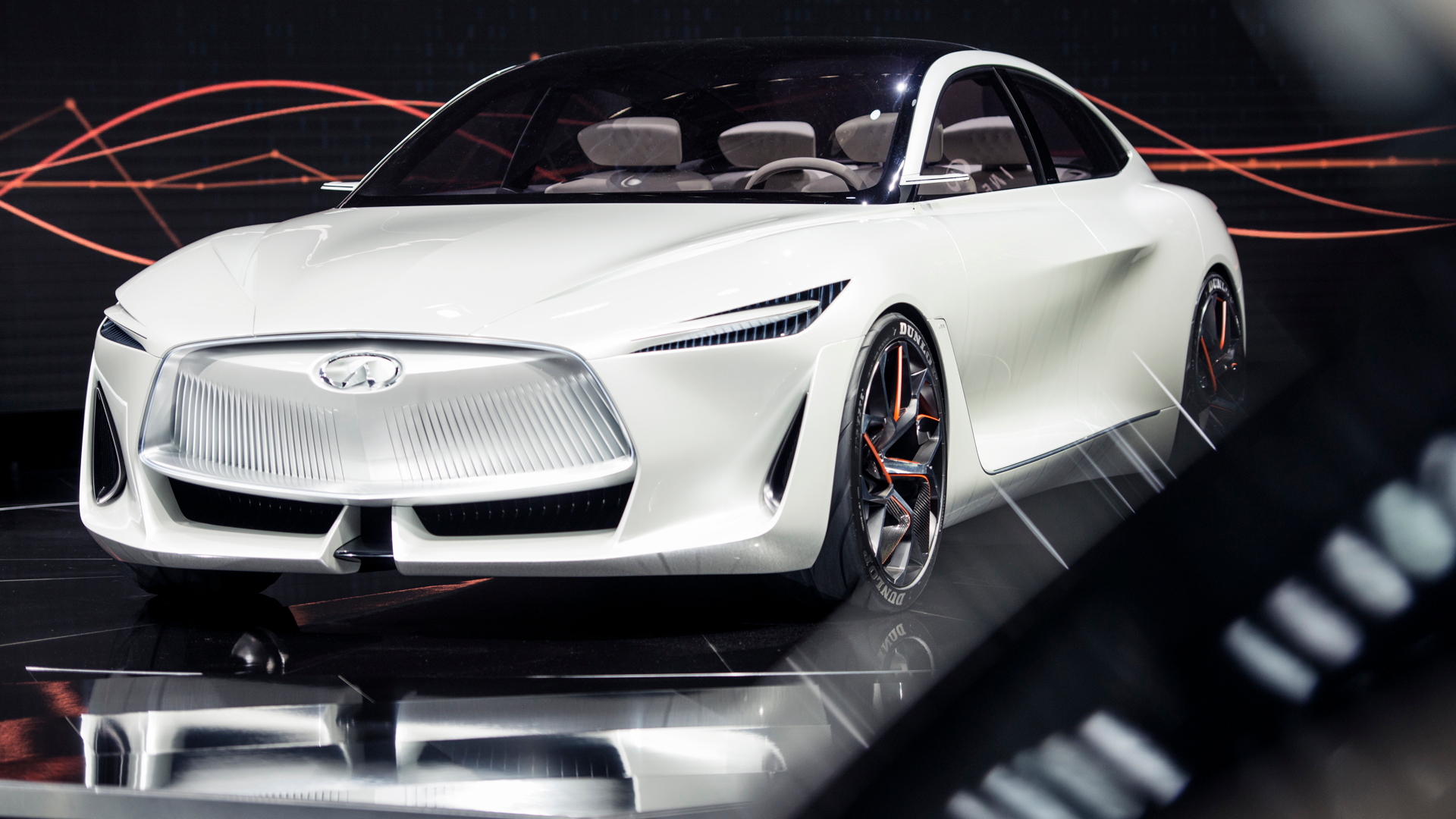 All of the Detroit Three had full portfolios of pickups as headliners, but each had its own take on mainstream utility.

Take a walk with us through the show floor to see the best of what we saw.

For more coverage of the 2018 North American International Auto Show in Detroit, head over to our dedicated hub.

While not a debut for the show, the 2019 Audi A7 took the show floor, flanked on stage by the luxurious 2019 Audi A8 sedan and Audi R8 sports car.

We haven't yet driven the new A7, but it was clear that Audi's halo status reaches far from supercar performance to luxury sedan—now to design-first cars that are making us rethink what we know about what looks great on the road.

Infiniti brought its latest design inspiration to the auto show, showcasing what the automaker has in mind for its future sedans.

We see hints of a look that could give the luxury brand a rudder for years to come, and we're eager to hear how the automaker might integrate more innovative powertrains like its variable compression turbo into future vehicles.

Just don't call it "X" motion. The Nissan "Cross-motion" concept is a foreshadowing of the automaker's coming SUVs and crossovers—particularly the nose.

We've heard not to read too much into the tea leaves in its size, shape, and some details—the wheels, mostly—but the future for Nissan SUVs and crossovers is in there somewhere.

The Lexus LF-1 Limitless concept seems like a figurative torch passing for North American consumers. The top of the pile for Lexus likely will be a crossover now, not necessarily a sedan.

And if it looks as shapely and smart as the Limitless concept, that may work out just fine by us.

How do you redesign an icon? You don't change much. The 2019 Mercedes-Benz G-Wagen is the second complete overhaul for the timeless SUV and Mercedes pulled out all the stops.

From a 1979 G-Class suspended in resin (reportedly weighing nearly 50 tons), Dr. Z and the "Governator," to flames on stage, the G-Wagen appears ready for serious duty.

Almost as dramatic as the movie it was named after, the 2019 Ford Mustang Bullitt roared into Detroit on a mission. Molly McQueen, the legendary actor Steve McQueen's granddaughter, helped introduce the new sports car and brought out her grandfather's car too. (Reportedly it'll be sold for millions.)

Ford also gave us a quick taste of next year's GT500, which will be the most powerful street-legal production car ever built by Ford.

BMW's newest and smallest crossover made its debut in Detroit awash in bright, bold colors inside and out.

While the X2 brings the roundel to more buyers in a stylish, small package, the arrival of the larger X7 later this year literally and figuratively casts a large shadow.

Hyundai detailed much about the Veloster N, including its 275 horsepower turbo-4, 6-speed manual, and limited slip differential. Wearing a lighter shade of blue, the Veloster N appeared to be a stronger shade of Hyundai performance.

Ram's new full-size pickup is full of tech that we didn't expect. Not only is the new truck partially powered by a 48-volt mild-hybrid system that's standard on V-6 versions and optional on V-8 versions, the Ram also features an optional 12-inch touchscreen that's the biggest in the (truck) business.

The new Ram goes on sale soon, and we say it's more than a redesign—it's a rethink.

The mid-size Ford Ranger rides again. Ford's newest truck is a little smaller for a big audience looking for capability and fuel economy.

The Ranger goes on sale later this year with a 2.3-liter EcoBoost engine and a 10-speed automatic, but we're looking toward the future when a pint-sized Raptor rears its head in the Ranger's frame.

Chevy's full-size truck wasn't left out of the foray. The new Silverado was somewhat light on details, but we learned that it'll offer a new 3.0-liter turbodiesel engine, just like crosstown rivals from Ford and Ram.

We'll have to wait to learn more about the Silverado's powertrains, which also include 5.3-liter and 6.2-liter V-8s, but three more are coming.