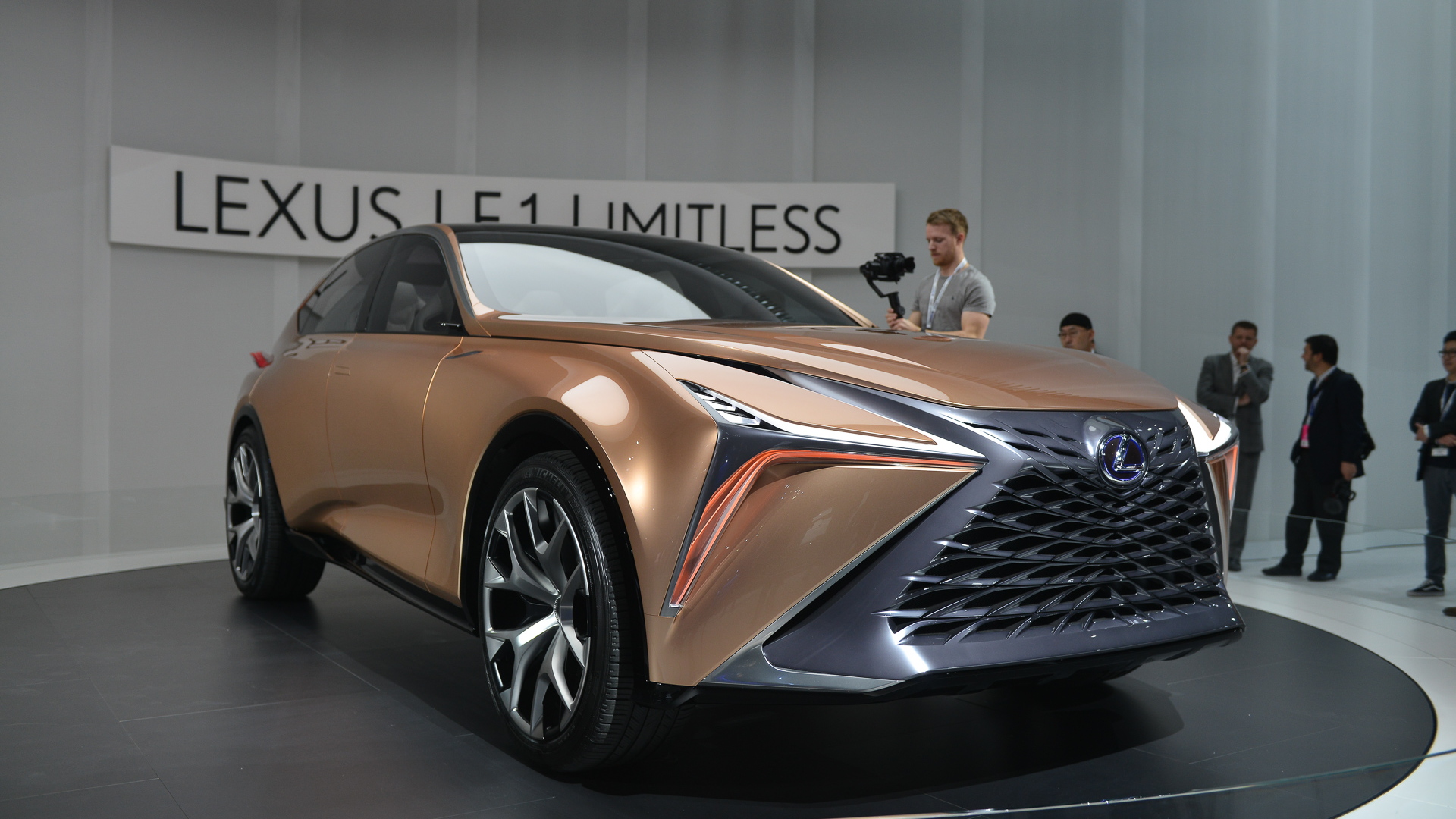 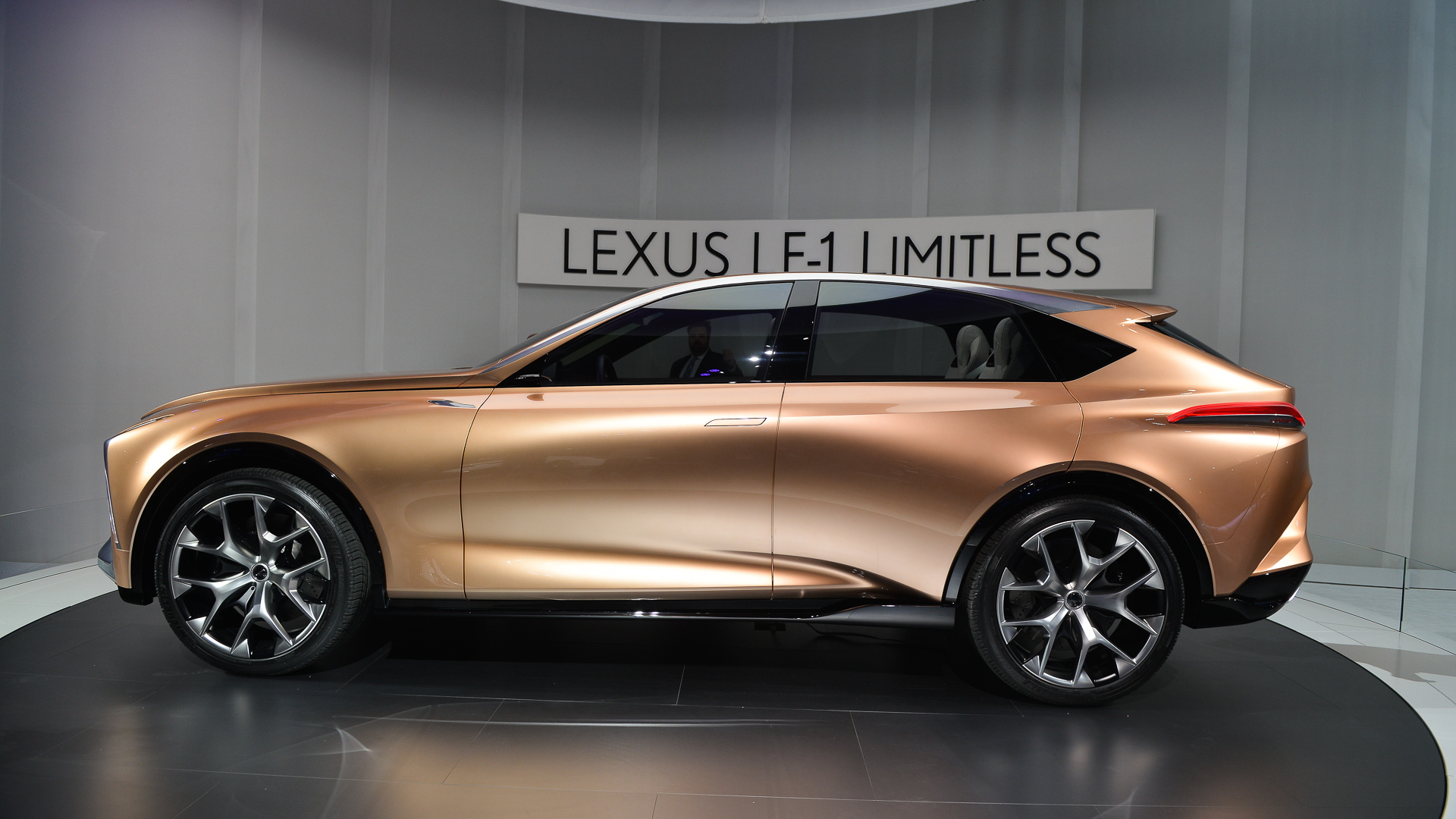 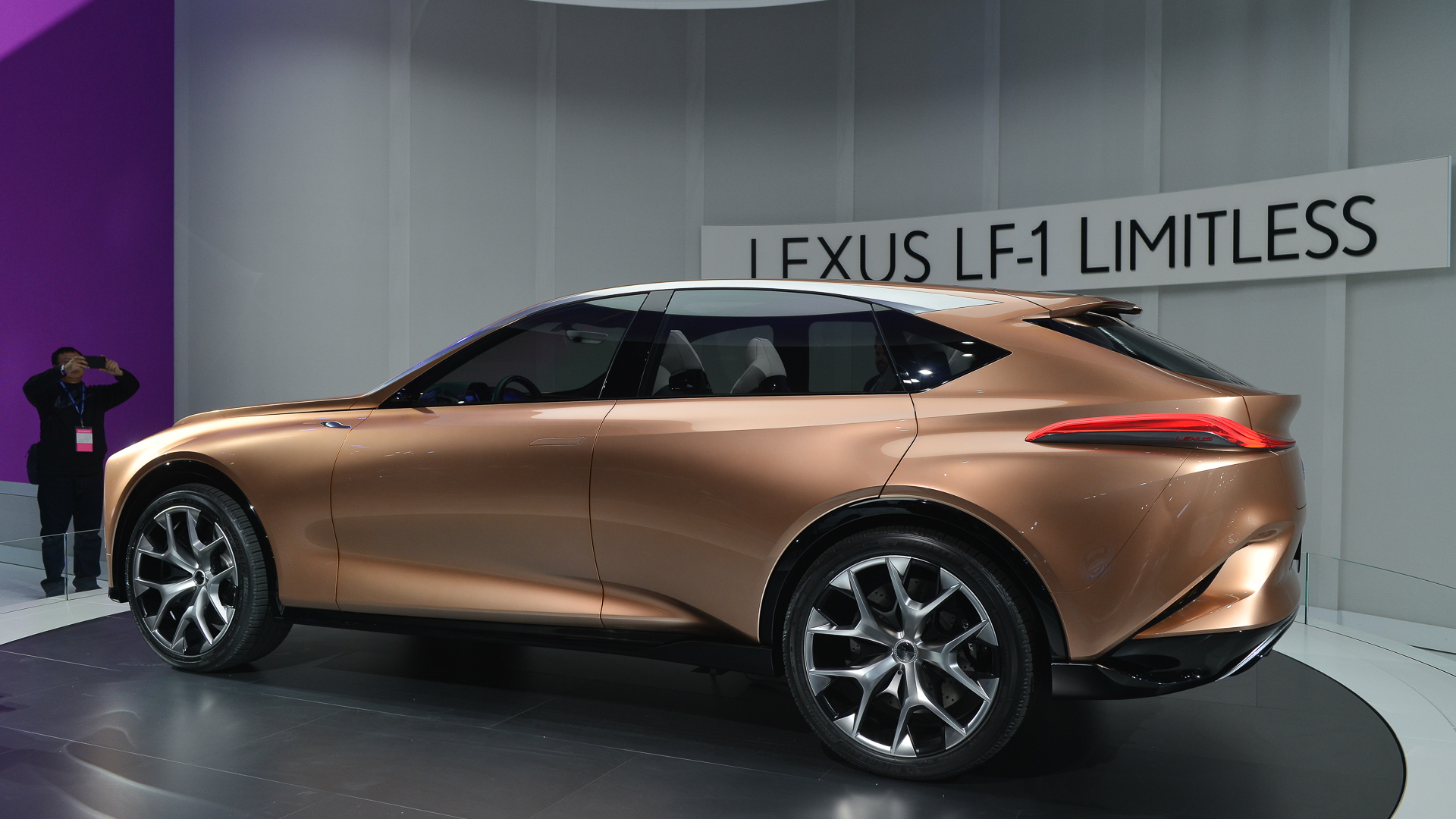 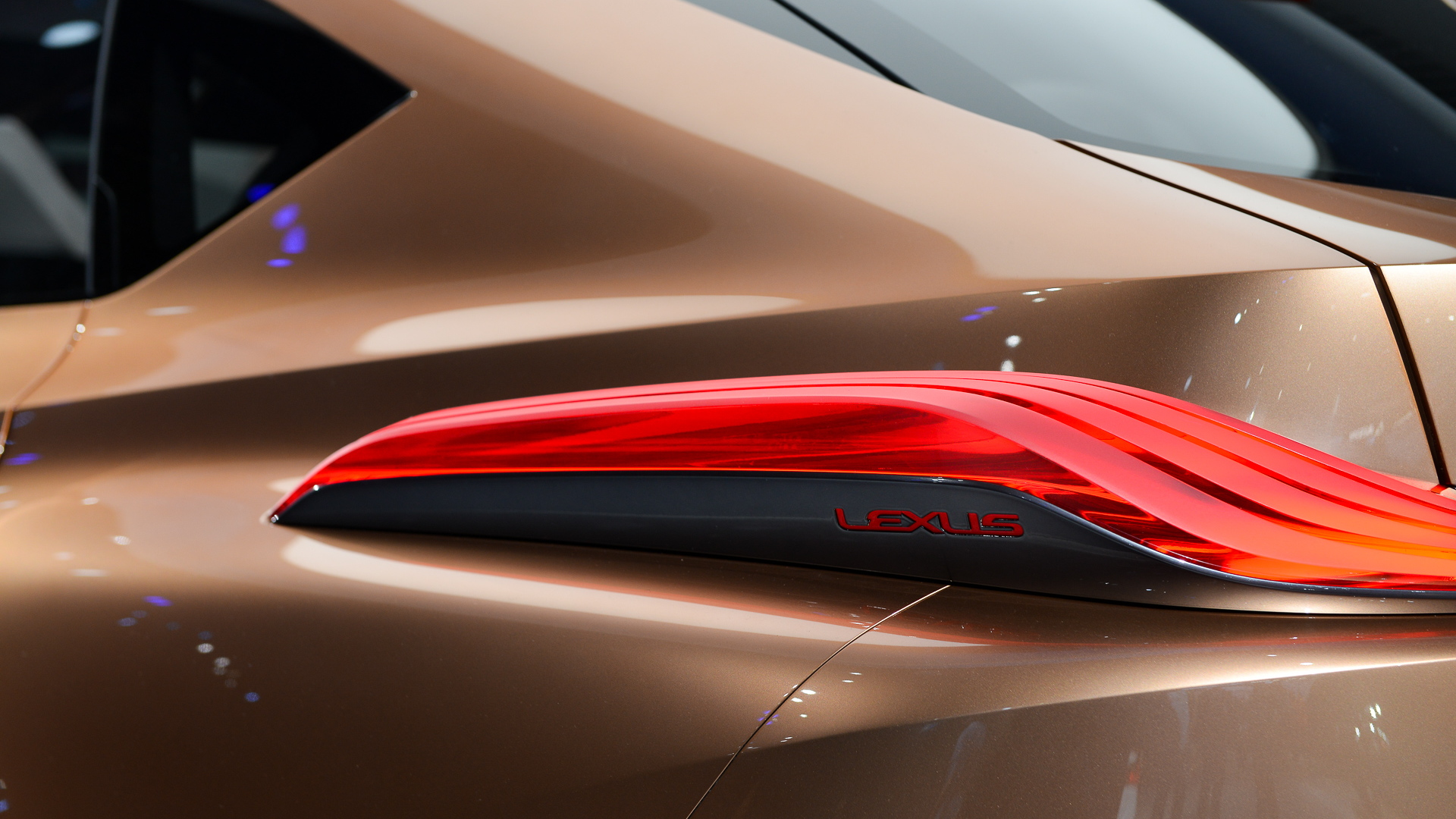 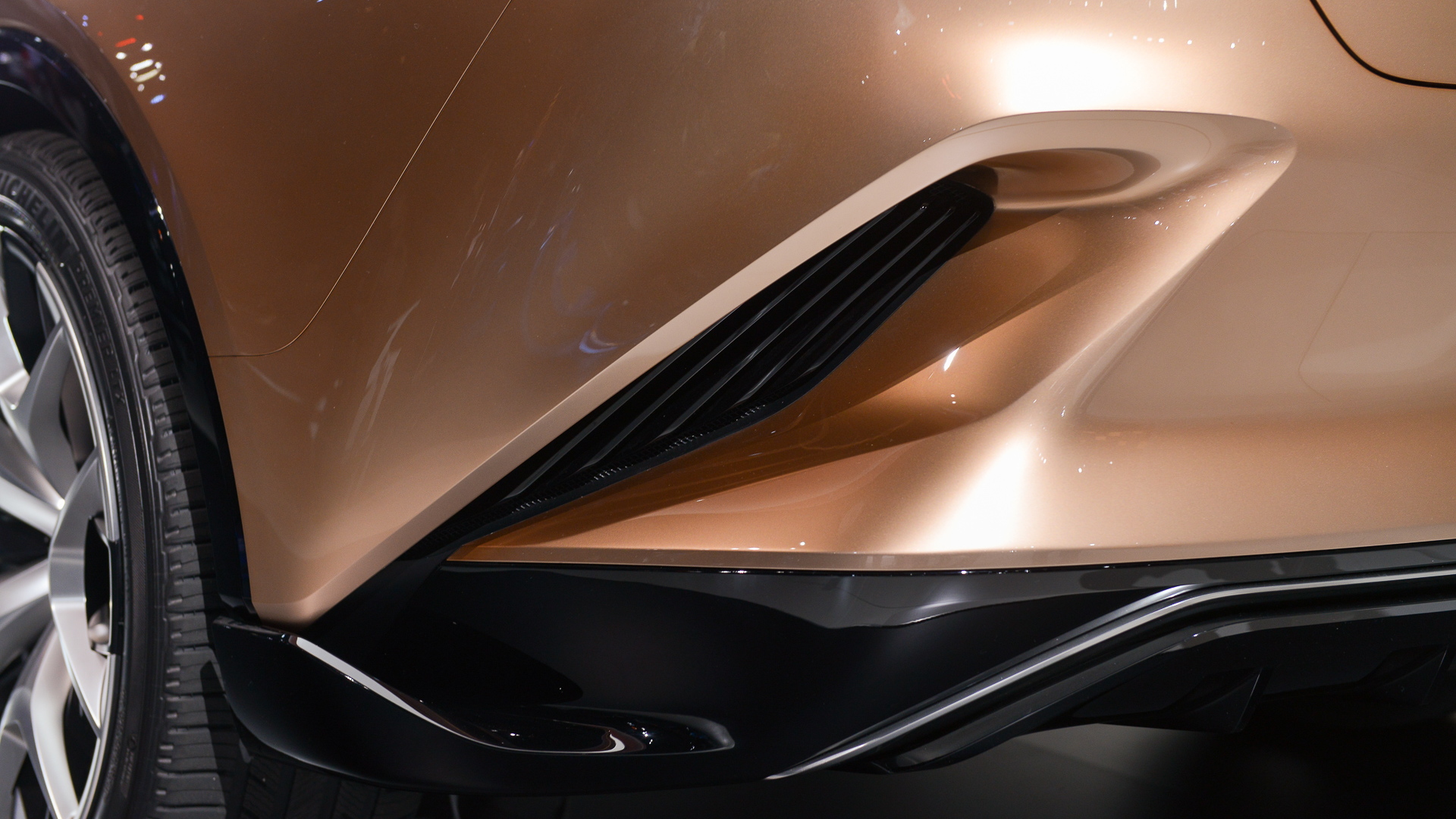 The shapely, sleek Lexus LF-1 Limitless concept that debuted Monday at the 2018 North American International Auto Show in Detroit is nothing like the automaker's current flagship SUV.

Instead of the LX 570's Land Cruiser-derived boxy silhouette, the LF-1 that will likely sprout a production model is low-slung and edgy. It's more like a long, high-riding shooting brake with a squat roofline and endless surface detailing.

Lexus has all but confirmed that the LF-1 Limitless will enter production in one form or another, and it's not shy about calling the concept its "flagship luxury crossover." Whether it will replace the dated, but cult favorite LX 570 is the unanswered question.

The California-designed LF-1's look is brawny, with exaggerated proportions. Still, it's clearly cut from the same cloth as the automaker's smaller Lexus RX crossover and it shares considerable design elements with the Lexus LS full-size sedan. It's not clear if the LF-1 shares its underpinnings with the LS, however. The LF-1 stretches a hefty 117.1 inches between the wheels, about 7 inches longer than the LS.

Yet while the Lexus LS is undoubtedly a technological breakthrough, it's really designed for Chinese consumers who favor big sedans with commodious rear seats. The LF-1 presents the opportunity for Lexus to custom-tailor a high-end, big-buck vehicle for crossover-crazy Americans. That's a segment not really filled by the LX 570, either. The trucky LX 570 is constrained by the reality that it's little more than a heavily gussied-up version of the Toyota Land Cruiser that's designed for dune-bashing in the Middle East. It's rugged and capable, but it doesn't need to be.

The LF-1 is clearly designed for on-road use instead of four-wheeling. The 22-inch alloy wheels wrapped in a thin ribbon of Michelin rubber should be enough of a cue if the wagon-like body doesn't give things away.

What the LF-1 can also do that the LX cannot is accommodate a wide range of powertrains—from gasoline to electrified to fuel-cell. With that said, Lexus isn't commenting on what's under the LF-1 Limitless' hood. It has also been designed with a high-degree of self-driving technology in mind. A "Chauffeur" drive mode takes over the controls. When the concept's theoretical driver wants to take over, paddle shifters serve as an overtly sporty cue.

One feature you won't find is an exterior mirror. Instead, the LF-1 Limitless features LCD displays that flank the instrument cluster to provide a real-time view of what's happening on either side of the crossover. A pair of laptop-like touchpads for front and rear-seat passengers serve as the primary interface between humans and the crossover's infotainment system.

Bronze detailing gives the cabin some warmth, while a multi-panel roof brings the outside world in. As its sloping roofline suggests, the LF-1 Limitless doesn't boast three rows of seats. The LX 570 does, but so does the new RX L.

For more from the Detroit show, head to our dedicated hub.