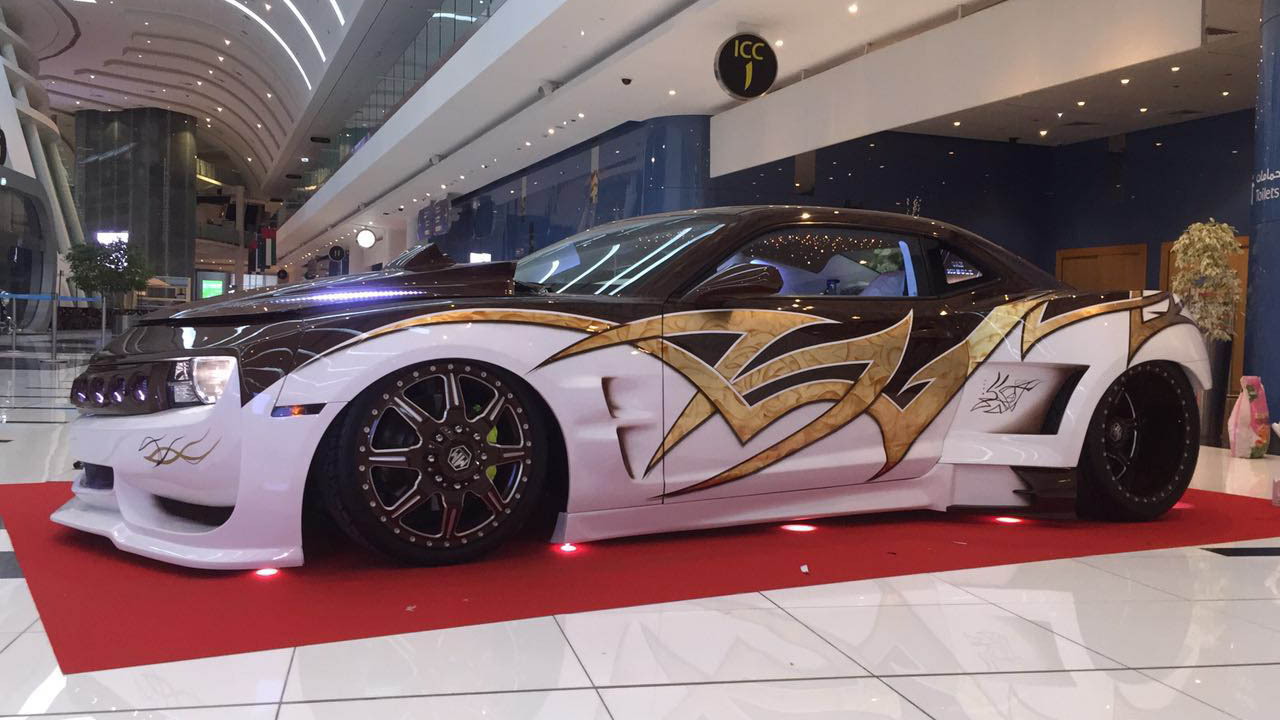 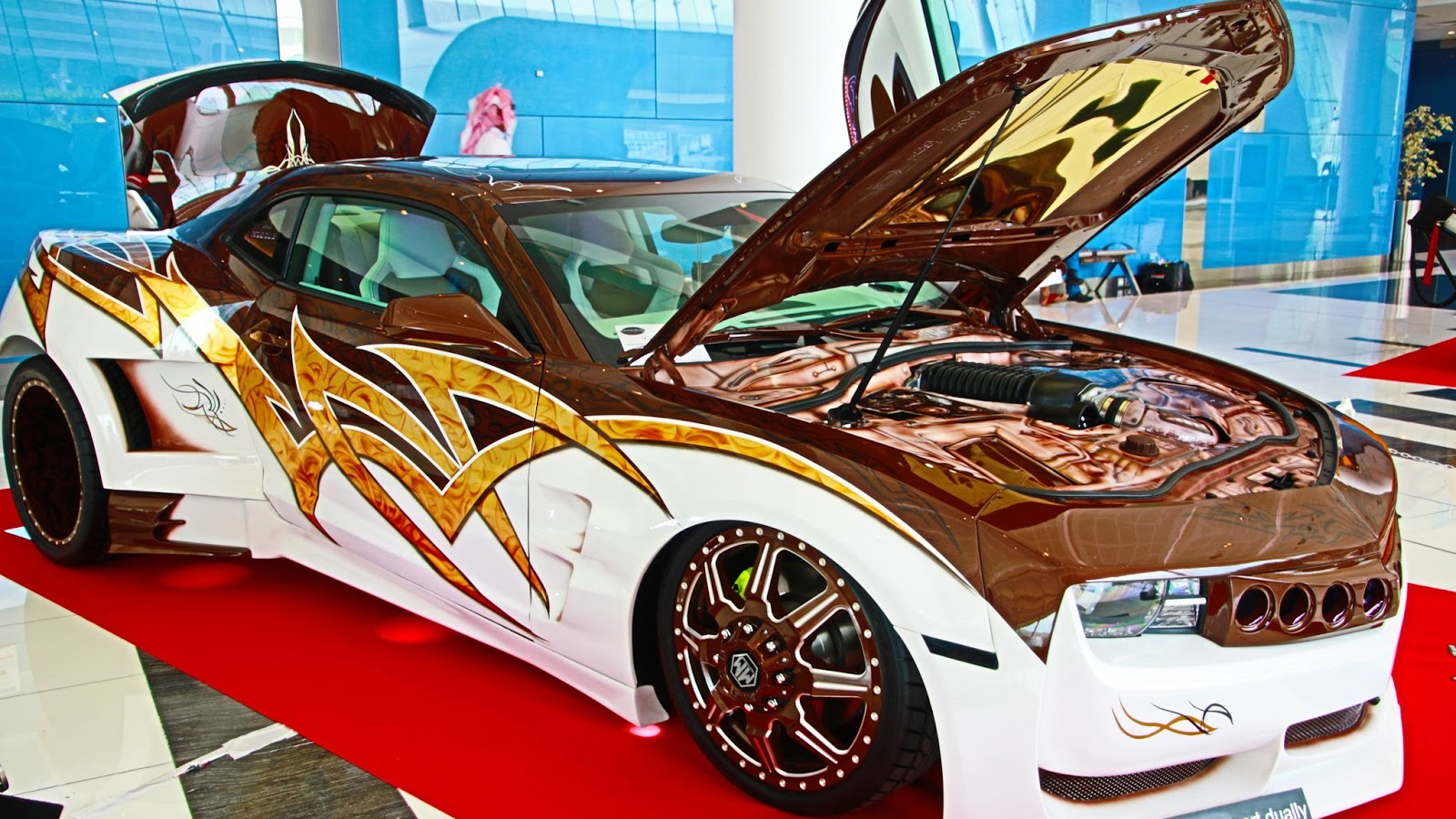 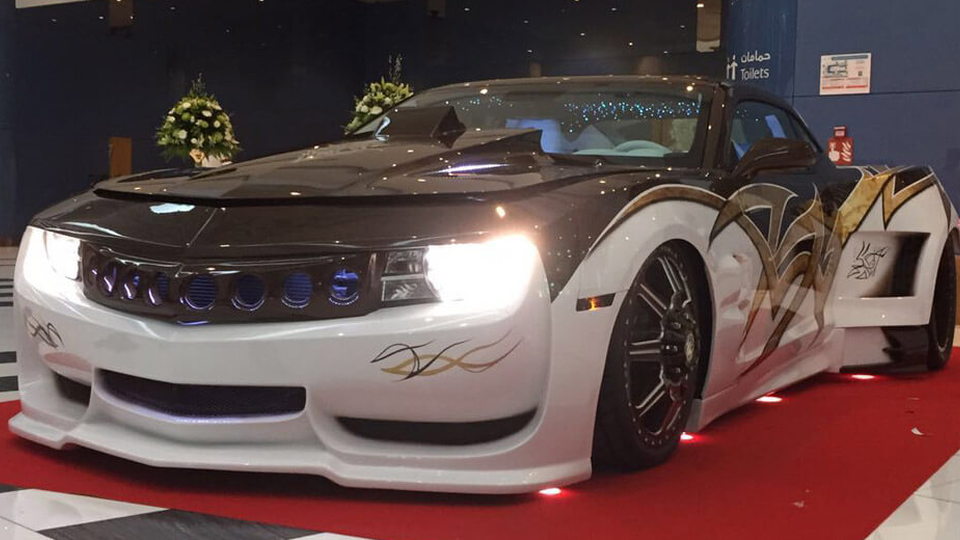 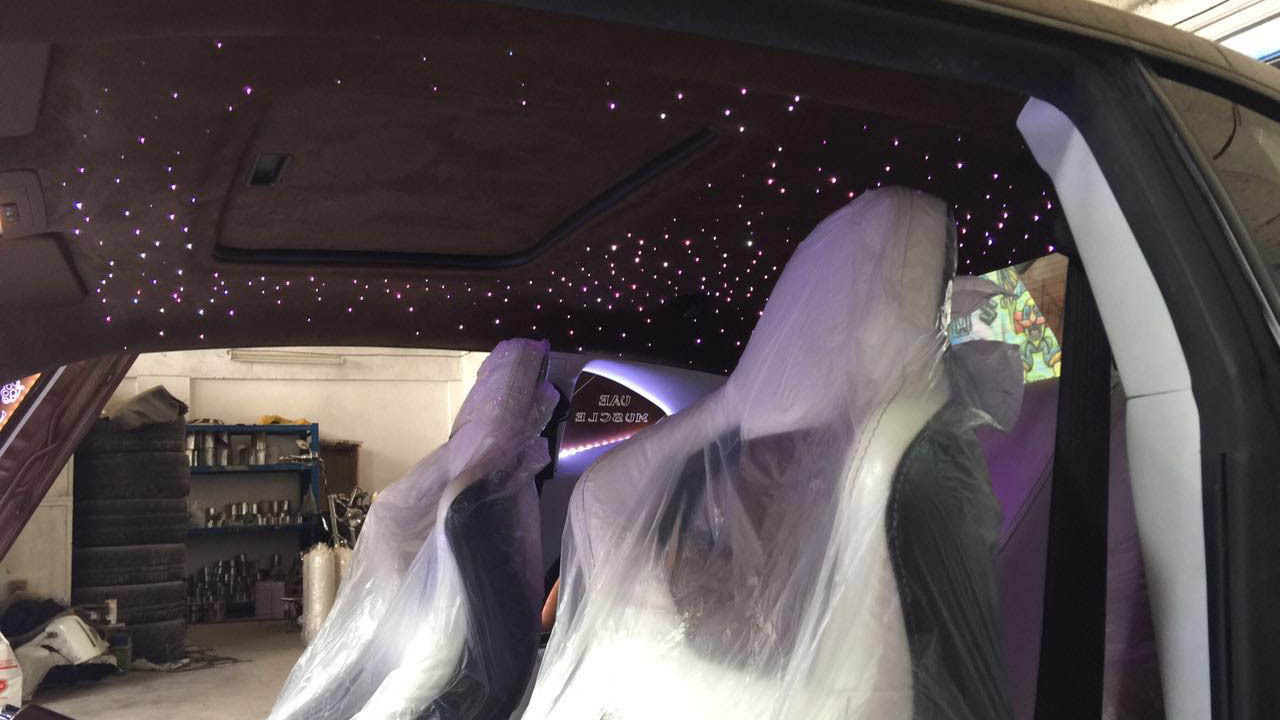 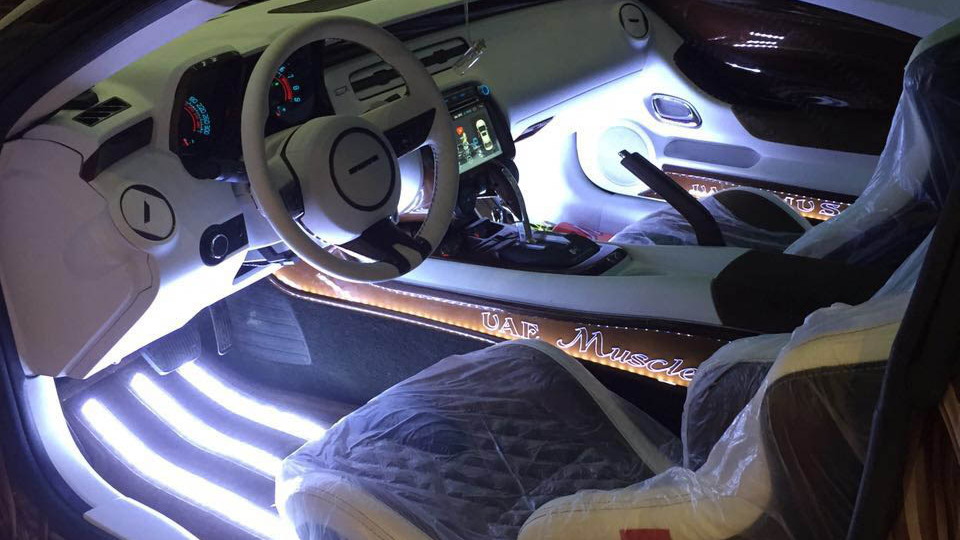 Do you ever head out in your Chevrolet Camaro, punch the gas, and wish you had more traction? That's a plausible scenario. Especially if you've purchased one of the more powerful Camaro variants, or you've modified your car so it makes more horsepower. You could go with larger, stickier tires. You could upgrade the suspension. Or, if you're United Arab Emirates car fan Abdullah Al Ali, you can add an extra set of rear tires.

The 2010 Camaro featured here has been heavily customized. Every inch of the car has been altered, and in fact more inches have been added in the form of that duallie rear end. This is a Camaro that shouldn't have any issues launching. However, we do hope it can lay down four black stripes when the throttle is pinned.

This is clearly not a build that will appeal to everyone. We can do without the tribal graphics, the grille, the front bumper, the LED floor lighting inside the cabin, and the odd engine cover mural. What we can get behind, however, is the idea of that four-wheel rear setup.

It's different. It's fun. It's certainly polarizing, a lot like this Mad Max homage created by the Lotus Formula 1 team a couple years ago.

We can also get behind the idea of plopping that massive Whipple twin-screw supercharger on top of the engine. That should give this Camaro enough grunt to get those wheels turning fast enough to outrun the rest of the ugly.