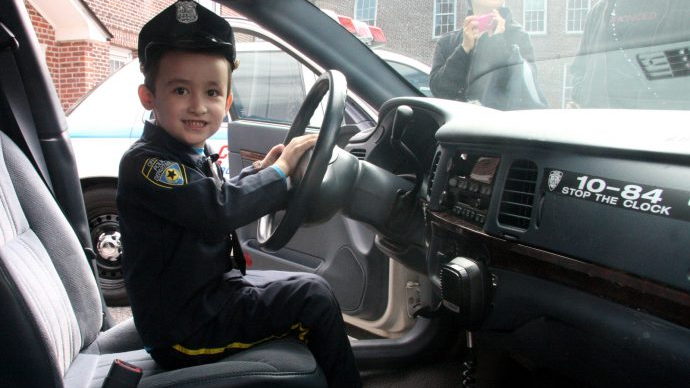 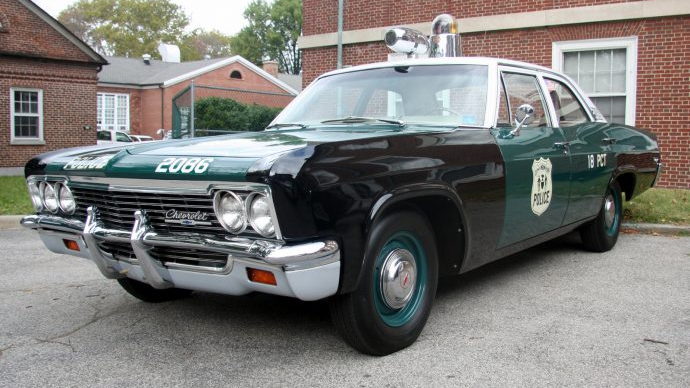 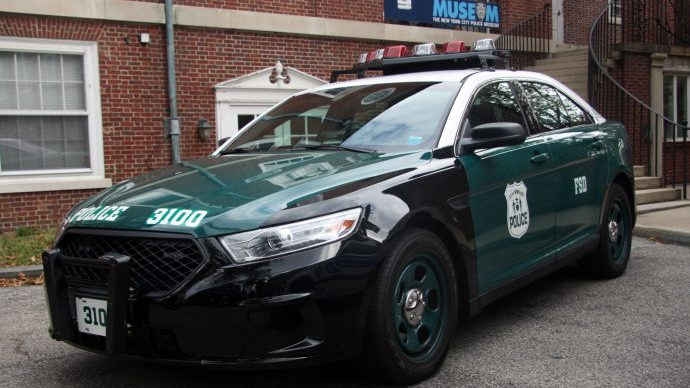 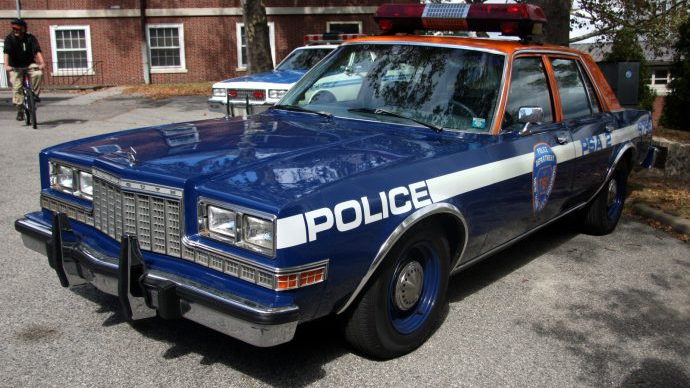 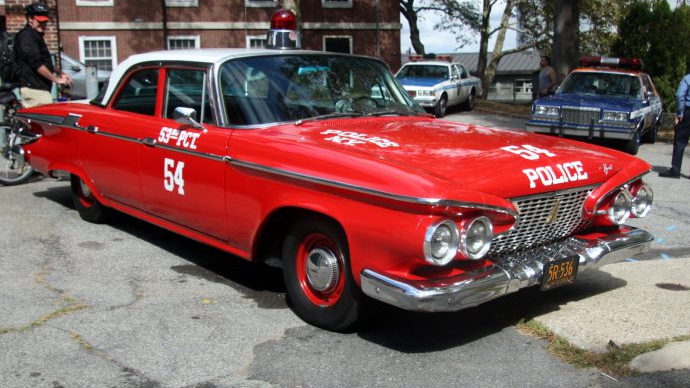 It’s been years since the New York City Police Department painted its cars with the classic black and green livery, but the memory is still alive among a few. The NYPD museum, housed for now on Governor’s Island in New York Harbor, hosted a car show last week featuring many of the old black-and-greens (and one new one), as well as newer blue and white cars more familiar to modern New Yorkers.

While most of the vintage NYPD patrol cars you’re likely to see in movies and parades are privately owned, the department keeps a few of its own in an effort to preserve its automotive heritage. Among the original city patrol cars furnished by NYPD’s fleet services division for the event were a ’72 Plymouth Fury, a ’96 Chevrolet Caprice, an ’02 Ford Crown Victoria, an ’05 Chevrolet Impala, an ’09 Dodge Charger and a ’13 Ford Interceptor decorated in the black and green colors the department discontinued after 1973.

The department also owns a ’65 Ford paddy wagon – it stays parked in front of the museum – but it’s not an original.

Mike, a civilian employee of the department who preferred not to share his last name, said that it was unusual for original police cars to survive duty in the fleet to become museum items.

“Most of these cars live a life of hell,” he said, explaining that some of the cars had been assigned to units that didn’t have much need for them, making preservation possible.

The ’72 Fury, for example, a 6-cylinder car assigned to the aviation unit, wasn’t used much at all. The ’02 Crown Vic spent its entire service life with one detective who babied the car, only clocking 17,000 miles on it (Mike commented that detectives typically preferred cars without badging). The ’05 Impala had only 5,700 miles on its odometer.

The ’13 interceptor was painted in Irish colors and presented to Commissioner William Bratton, who headed the department from 2014-2016. The car is used for parades and promotion ceremonies, being a favorite selfie background for newly-promoted officers.

Not all of the cars on display in front of the museum last week were originally NYPD cars. Two emergency services vehicles on display -– a ’30 Mack truck and a ’72 Plymouth Fury station wagon -– had been restored and kitted out with vintage rescue equipment.

Harris Goldberg, owner of the wagon, said he bought it in Ohio from a police car buff who had restored the once civilian vehicle to NYPD specifications. Goldberg, who owns a repair shop in South Brooklyn, also has a number of other non-NYPD police cars, including a replica of the cruiser that appeared in the Andy Griffith Show. That one plays the show’s theme song with its horn.

“They go wild for that car,” he said.

Some police aficionados begin their fascination at a young age, as did Bruce Waryshkin, a 4-year-old local who arrived at the show dressed in a mini NYPD uniform. Until Mike let him sit in a few of the department-owned cars, he could be seen with his face pressed eagerly against the windows of several of the mid-’70s blue-and-whites on display.

“Police!” he shrieked, grinning from ear to ear as he darted between cars.

Other cars from a bygone era included a mid-’80s Plymouth Gran Fury dressed in the blue and orange livery of the now-defunct NYC Housing Authority Police Department, as well as a ’63 Plymouth Savoy painted red to mimic the 53rd precinct squad car from the show Car 54, Where Are You?

Sadly, if you want to see these cars for yourself, opportunities are limited. Paul Statler, manager of visitor services for the NYPD museum, said the facility closed its doors after the show. Museum staffers are searching for a location that is open to the public year-round (Governor’s Island is closed during winter).

“That was sort of a swan song for us,” Statler said of the show, adding that interested parties should keep an eye on the museum’s website for updates.

This article, written by Benjamin Preston, was originally published on ClassicCars.com, an editorial partner of Motor Authority.