A man who has once gotten automobiles into his blood can never give them up. . .” — Preston Tucker

The Tucker has been a collector car almost since it was new. With a limited production and a fascinating story (made into a movie in 1988 by none other than Francis Ford Coppola), the Tucker has always been a sought-after collector car.

In the late 1940s, Joe Ida was a Tucker dealer for a single day. Excited about the opportunity to sell the revolutionary car, he bought a dealership in New York. Unfortunately, the Tucker company was immediately caught up in a legal battle, well documented in the Coppola film, and Ida never received a car to sell.

Fast forward 50 years and while Ida’s Tucker dealership didn’t work out, his son, Bob, and grandson, Rob, got into the auto game, starting and running a custom car-building business. However, they decided to take a break from building the customs for which they’re known and to revisit their family’s automotive roots by building a Tucker from scratch in their Morganville, New Jersey shop.

But they are not building a Tucker 48 like the 51 cars that Preston Tucker’s company did. Instead, they are making a full-scale, drivable example of the concept car that was the impetus for the production Tucker 48.

Their starting point was a 1/4 scale model of the concept car and a few drawings.

“We’re dealing with something that’s never been made, just starting from ideas and renderings,” Rob said. 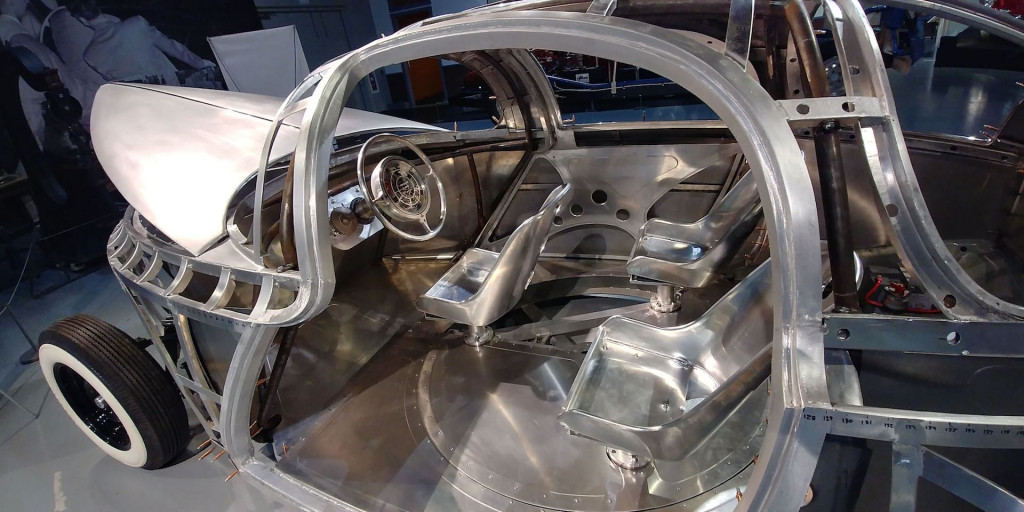 I had the opportunity to see the car in progress recently at the AACA Museum in Hershey, Pennsylvania, during the AACA Eastern Regional Fall Meet, and it is starting to look like a truly amazing car. The concept car featured a rear-mounted engine and just one front seat, plus two in the back. It had large fenders that cover all four wheels, giving the concept a very futuristic look even today. This was the vision that led to the creation of the Tucker 48, and it is well underway.

The Tucker Torpedo 1/4-scale model and drawings were found 10 years ago in a barn belonging to the car’s original designer, George Lawson. 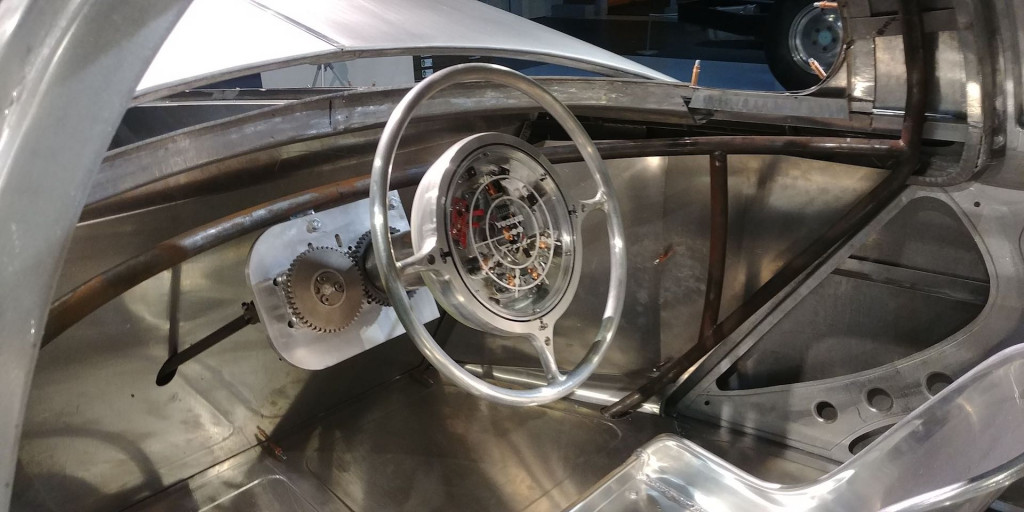 To enhance the car’s family connection, Sean Tucker, Preston Tucker’s grandson and an automotive engineer working at Mack Truck in Pennsylvania, is lending a hand to design the Torpedo’s steering wheel assembly (you can see the steering wheel design in the pictures).

The Idas and their team are following the original guidelines, all the way down to the engine. The original design called for an air-cooled motor, so the team plans to use a late-‘90s Porsche 6-cylinder, “the last era of the air-cooled Porsches,” Rob said. This should give the Torpedo plenty of speed, much more than the production Tucker 48 ever had.

Rob and his father brought in some new technology assist in the build. They are using a 3D scan of the 1/4-scale model for the exterior and created CNC-machined wood components assembled into the shape of a full-size Torpedo. That wooden model acts as a body and chassis buck, allowing them to hammer the metal panels into the proper shapes. 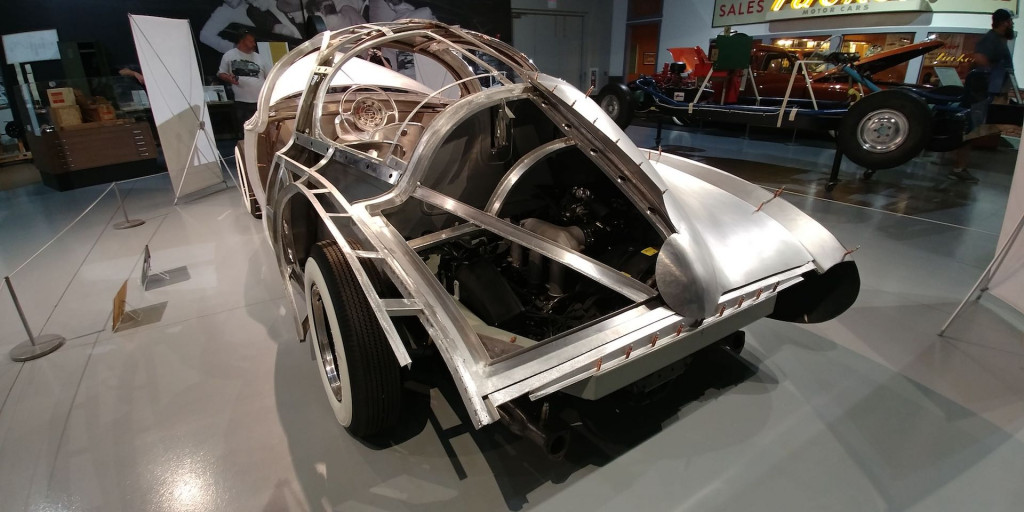 Air-cooled Porsche engine will be inserted to power the concept

While they assemble the body, finding the innards will involve the real hard work. “The challenge is engineering something that can function, but still look the way [the designer] said it would,” Rob added.

The car is well past the buck stage, with the chassis and body looking to be just about complete. Now, it is just the time it will take to complete the car and get it running. They say that the last 10 percent of a project of this scope takes 90 percent of the time it takes to build or restore a car and the car.

While looking amazing and well on it’s way, the Torpedo is still a long way from being complete. That being said, it looked to me that most of the hard engineering work is complete and the project really looks like a car. 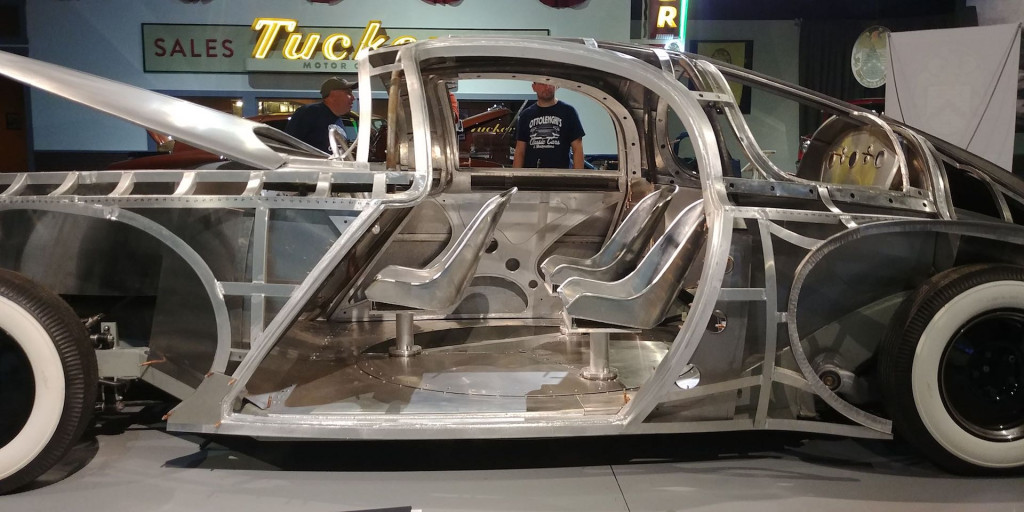 The temporary display at the museum

The car was at the AACA museum only during the Fall meet, October 4-10, and since has returned to the Ida shop.

But next time we see it, it should be a complete and running vehicle. I’m guessing it will be a car that would make Preston Tucker proud, even if it will have taken decades for this part of his dream to become reality. 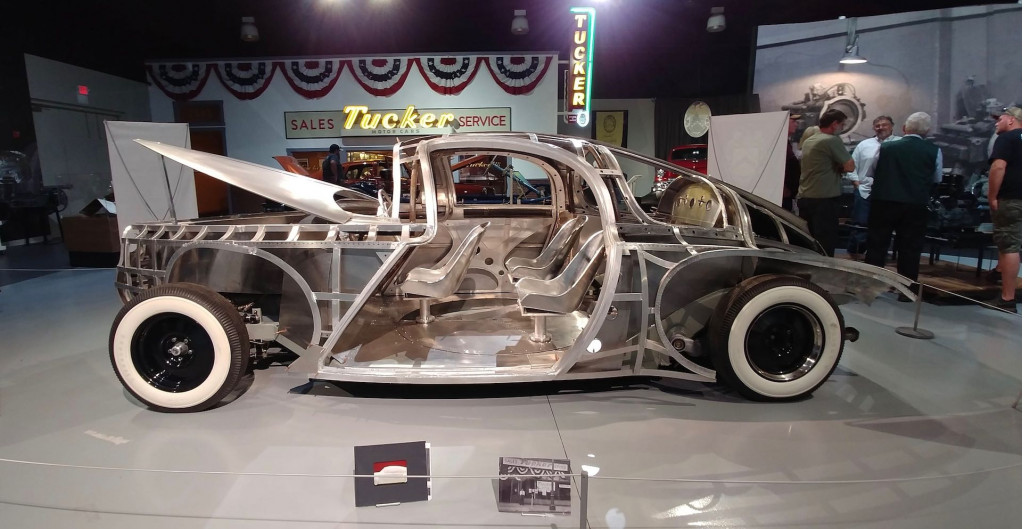 The progress so far