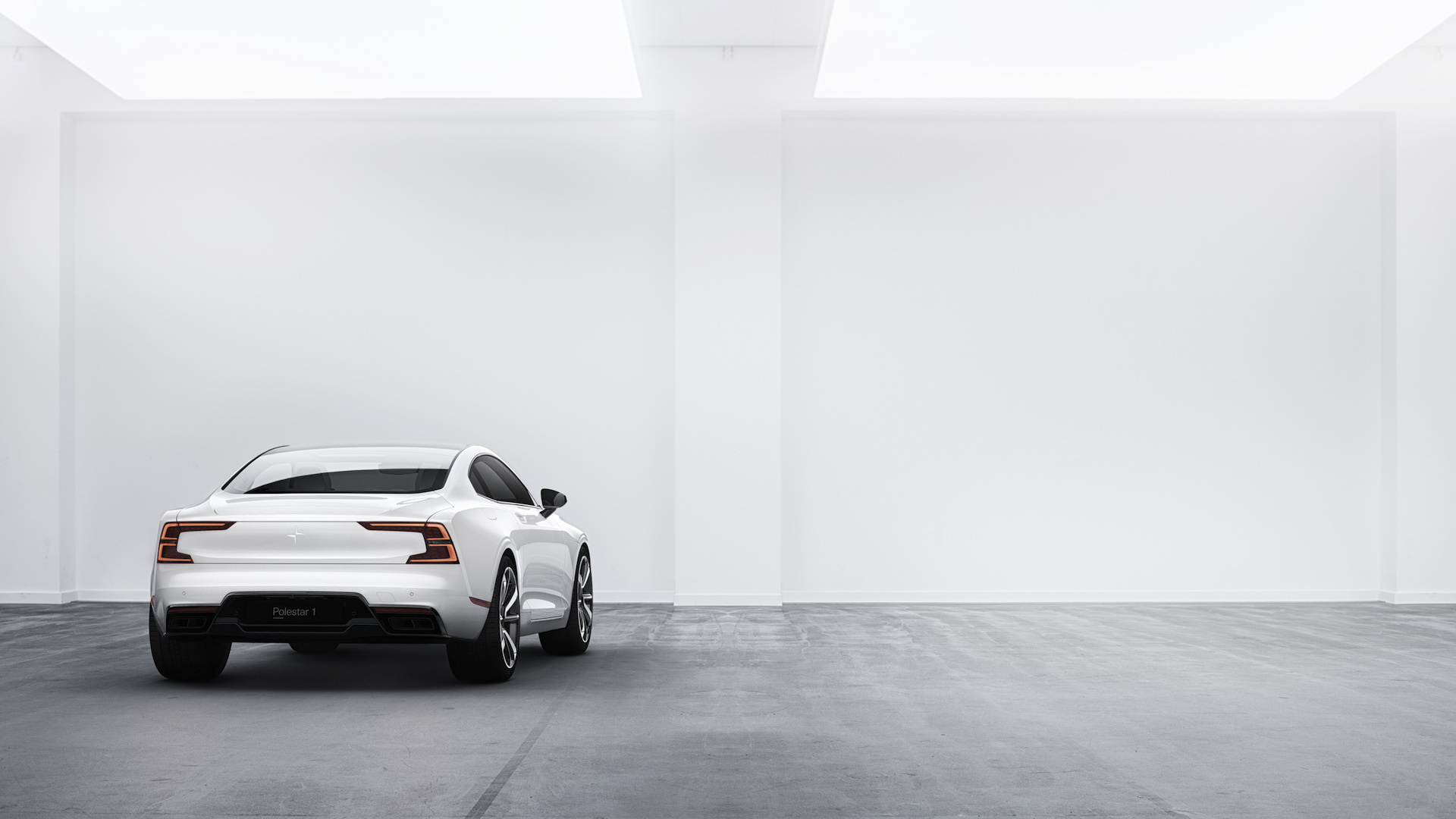 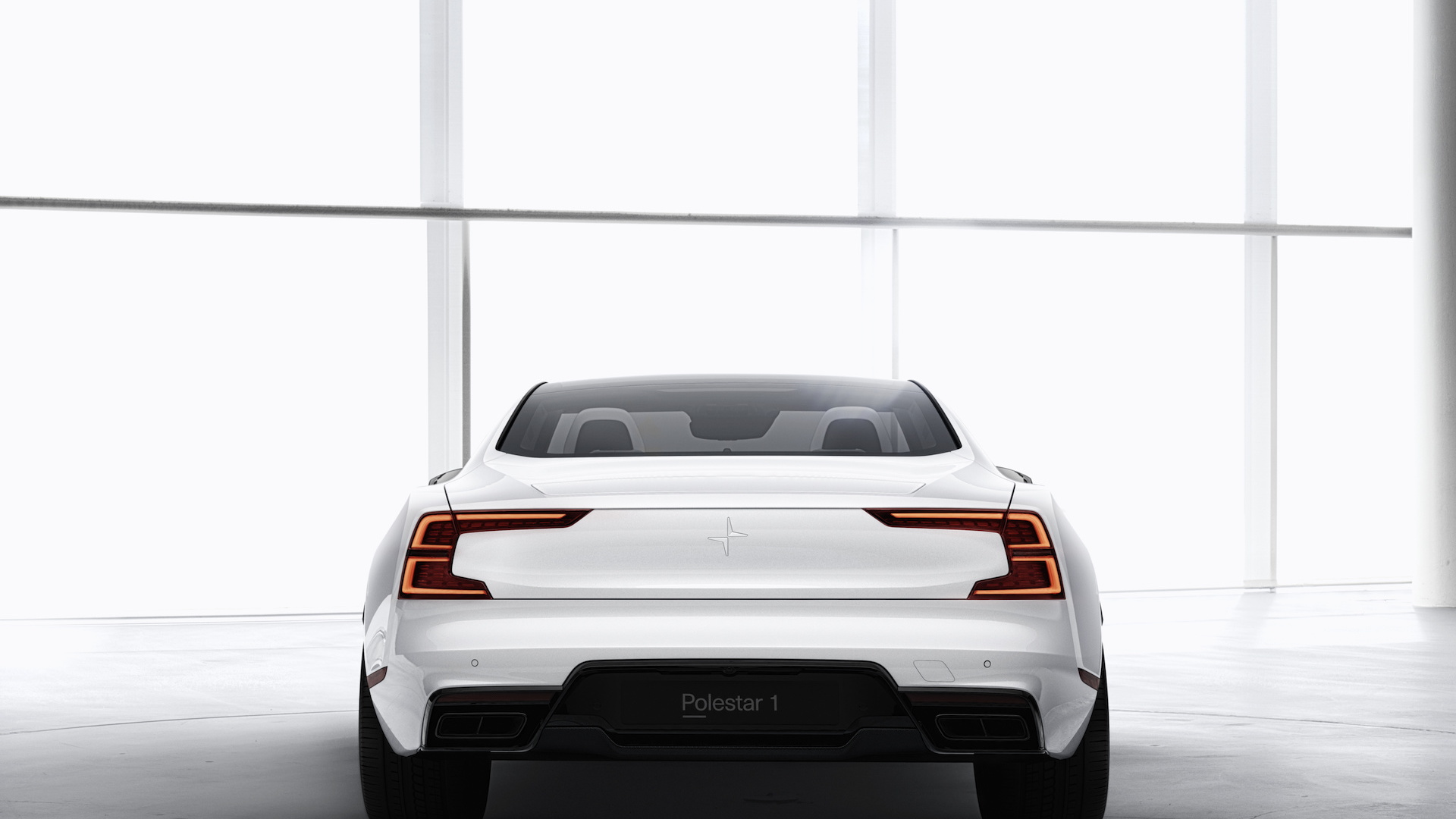 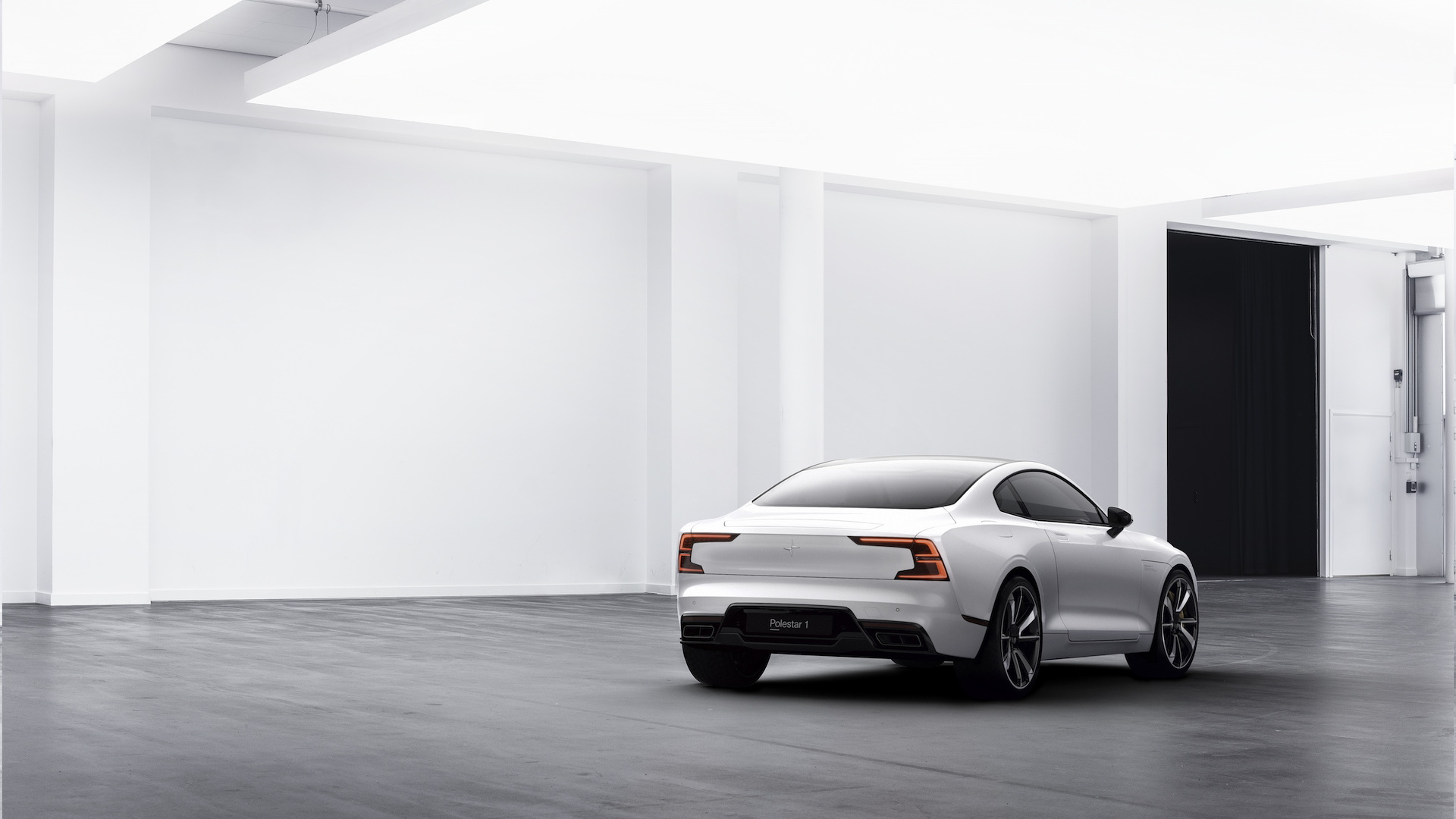 Volvo was among the first automakers to announce intentions to phase out the internal combustion engine and move to a purely electrified portfolio of cars. In the process, Volvo's former in-house tuning division, Polestar, parted ways to become a standalone brand.

Its mission? Build electrified performance cars. Its first execution? What you see here: the Polestar 1 that was unveiled Tuesday in Shanghai, China.

You won't be able to buy the Polestar 1, though. This svelte 2-door will only be available by subscription. Only 500 examples will be built each year when production starts sometime in 2019.

Polestar promised a hybrid sport coupe and it delivered with Polestar 1, which is basically the production version of 2013's Volvo Concept Coupe whose design was inspired by the Volvo P1800 of the 1960s. Performance is certainly present with 600 horsepower and 738 pound-feet of torque on tap. Polestar hasn't released many powertrain specifications, but it will be "an electric car supported by an internal combustion engine." That internal combustion engine, mounted up front, is a Volvo-sourced inline-4 that includes supercharging and turbocharging. The brand says 93 miles of electric range is possible, made possible by a sizeable battery plus a pair of rear-mounted electric motors.

Although Polestar utilized Volvo engineering and various technological aspects, the brand says 50 percent of the car is unique to Polestar. Notably, the car still rides on Volvo's Scalable Platform Architecture, found in Volvo's 60-series vehicles and up, but the Polestar 1's body is made completely of carbon fiber, which also improves torsional rigidity by 45 percent and lowers the center of gravity. The powertrain, meanwhile, is based on Volvo's T8 Twin Engine setup.

Polestar also said its new coupe is the first car to use Öhlins' Continuously Controlled Electronic Suspension chassis technology that includes adjustable dampers. Engineers also fitted dual rear electric motors to enable torque vectoring, and the car is rear-wheel-drive biased from the get go. Massive 15.7-inch 6-piston stoppers should arrest all that motion.

Like Volvo, which previously announced its Care by Volvo subscription service, Polestar's sales model will follow the subscription-based lane. However, the electric-performance brand will take it a step further; Polestar will not operate any traditional dealerships. Instead, it will build "Polestar Spaces" around the world for customers to experience its cars, but all configuring and buying will take place online.

Buyers will choose from a 2- or 3-year subscription plan, which includes pick-up, delivery, and the capability to rent other future Polestar and Volvo cars. The brand says its service will be all inclusive and no down payment will be necessary—just one monthly payment.

And at Polestar, keys are a thing of the past. Instead, Phone-As-Key technology will allow subscribers to share a virtual key with a third party, and also enables access to a host of other on-demand features. Volvo alluded to this technology when it revealed the XC40.

Despite only being revealed today, the Polestar 1 could already be a classic. Why? All future Polestar cars will be battery electric and not feature an internal combustion engine at all. In fact, the brand says its next model, the Polestar 2, will arrive in 2019 with a pure electric powertrain.

It specifically named the Tesla Model 3 as a rival and said the 2 will measure in as a mid-size car with a higher production volume than the 1. Then, a large SUV dubbed the Polestar 3 will arrive.

Production of the Polestar 1 will take place at a new Chinese facility in 2019. Recall, China's Geely owns Volvo and Polestar, and more production will take place in China. Polestar says the new facility is under construction and it will go online in mid-2018. However, Polestar won't keep fans waiting. Pre-orders opened Tuesday.