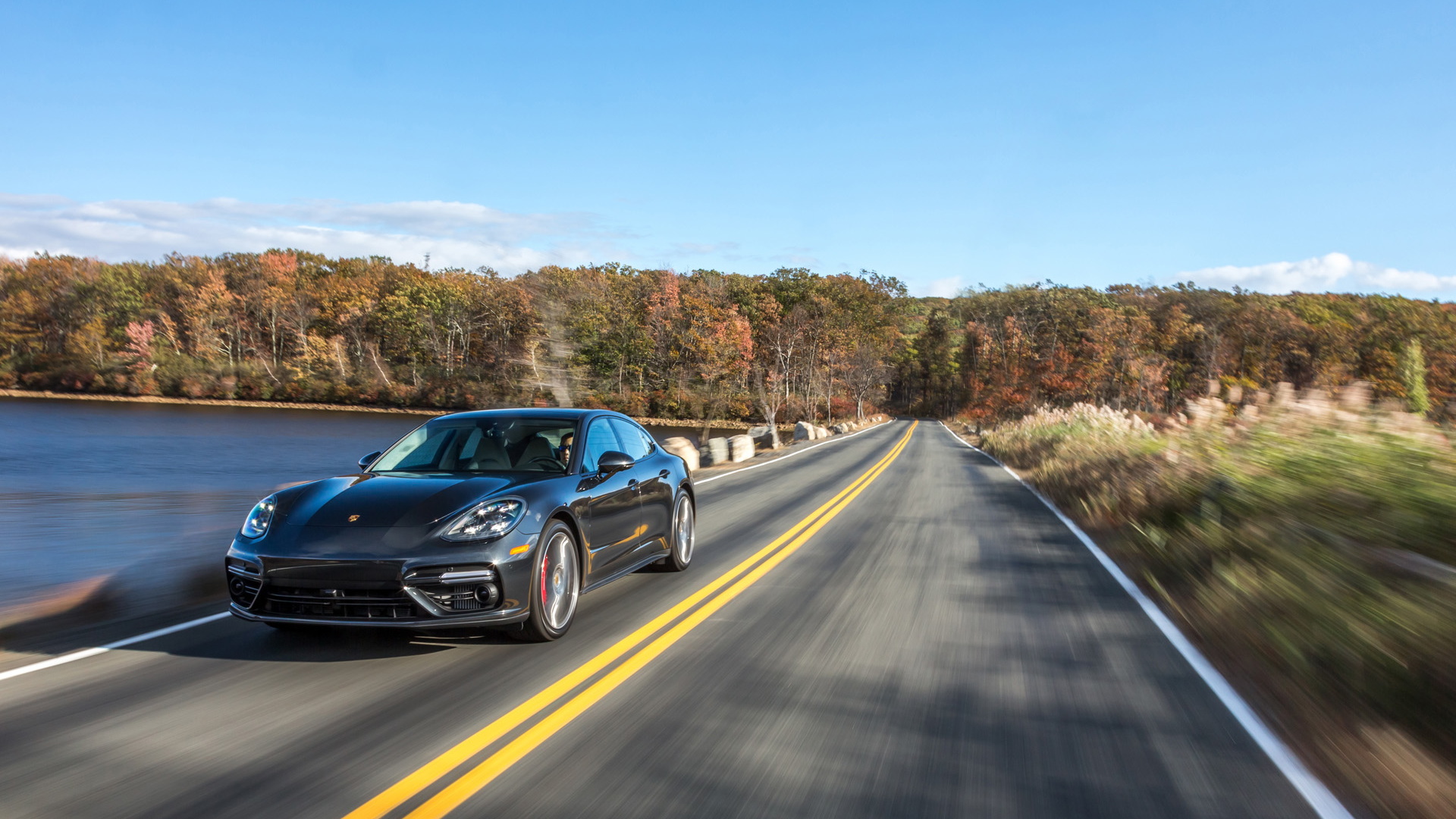 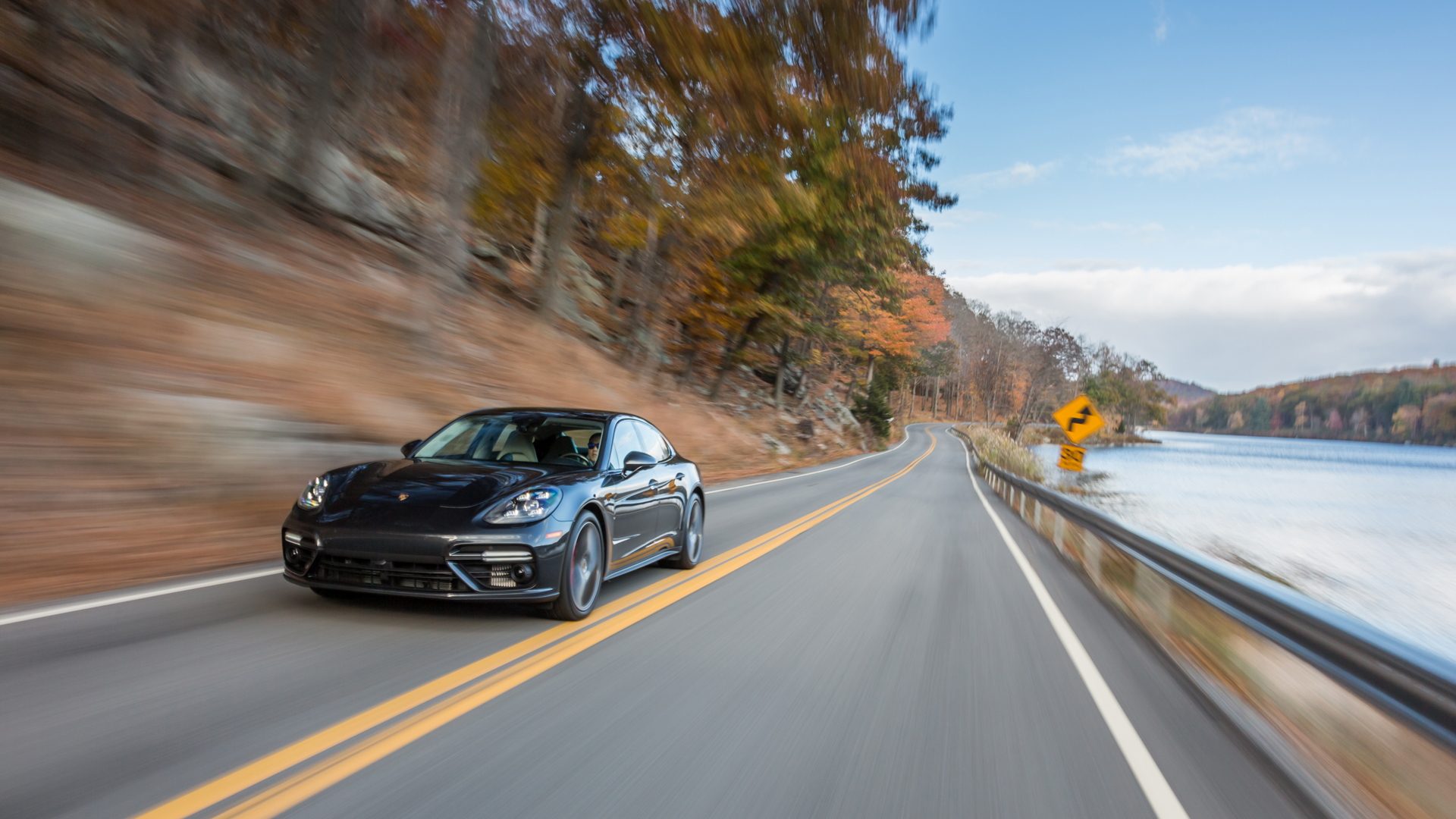 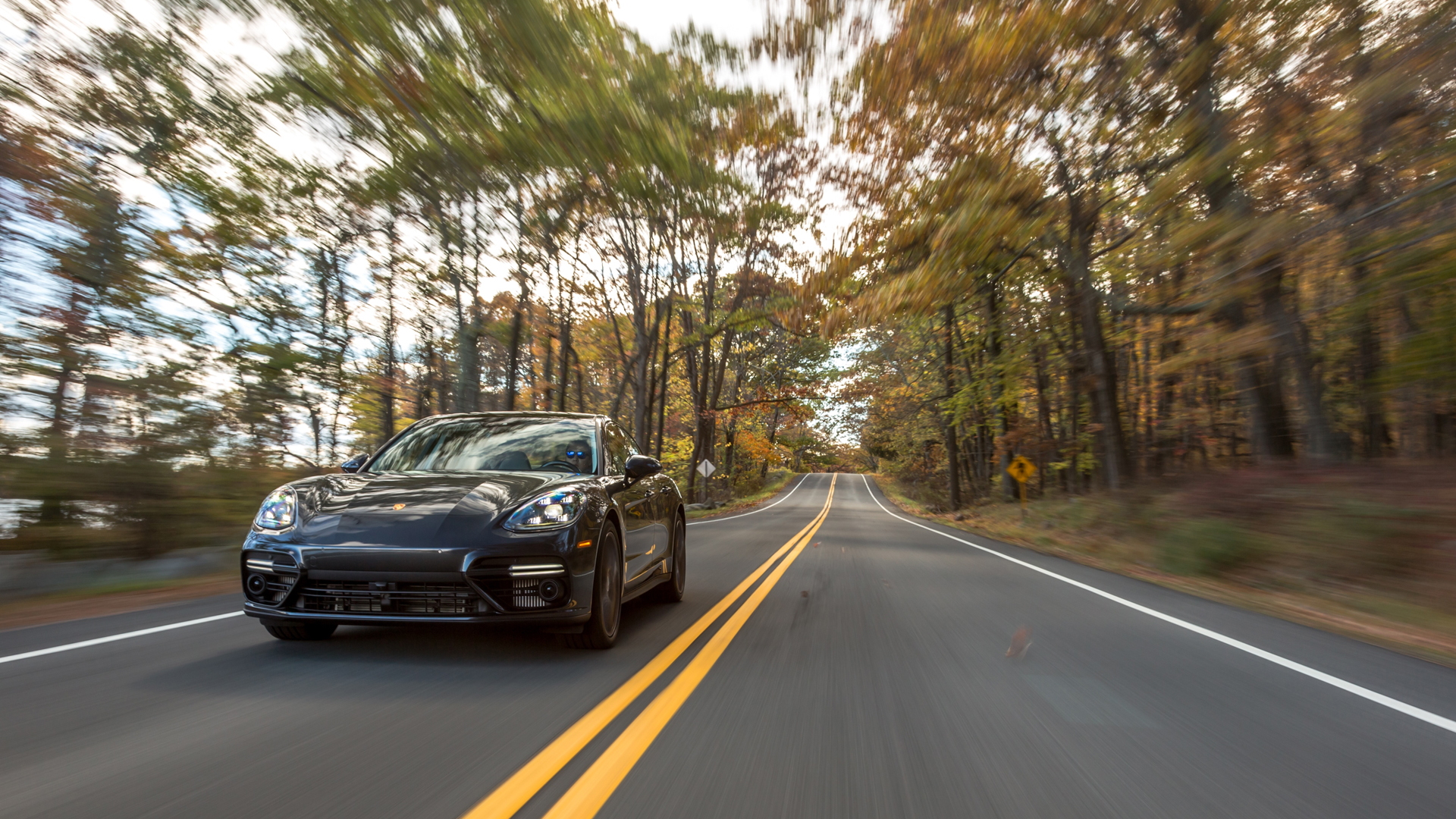 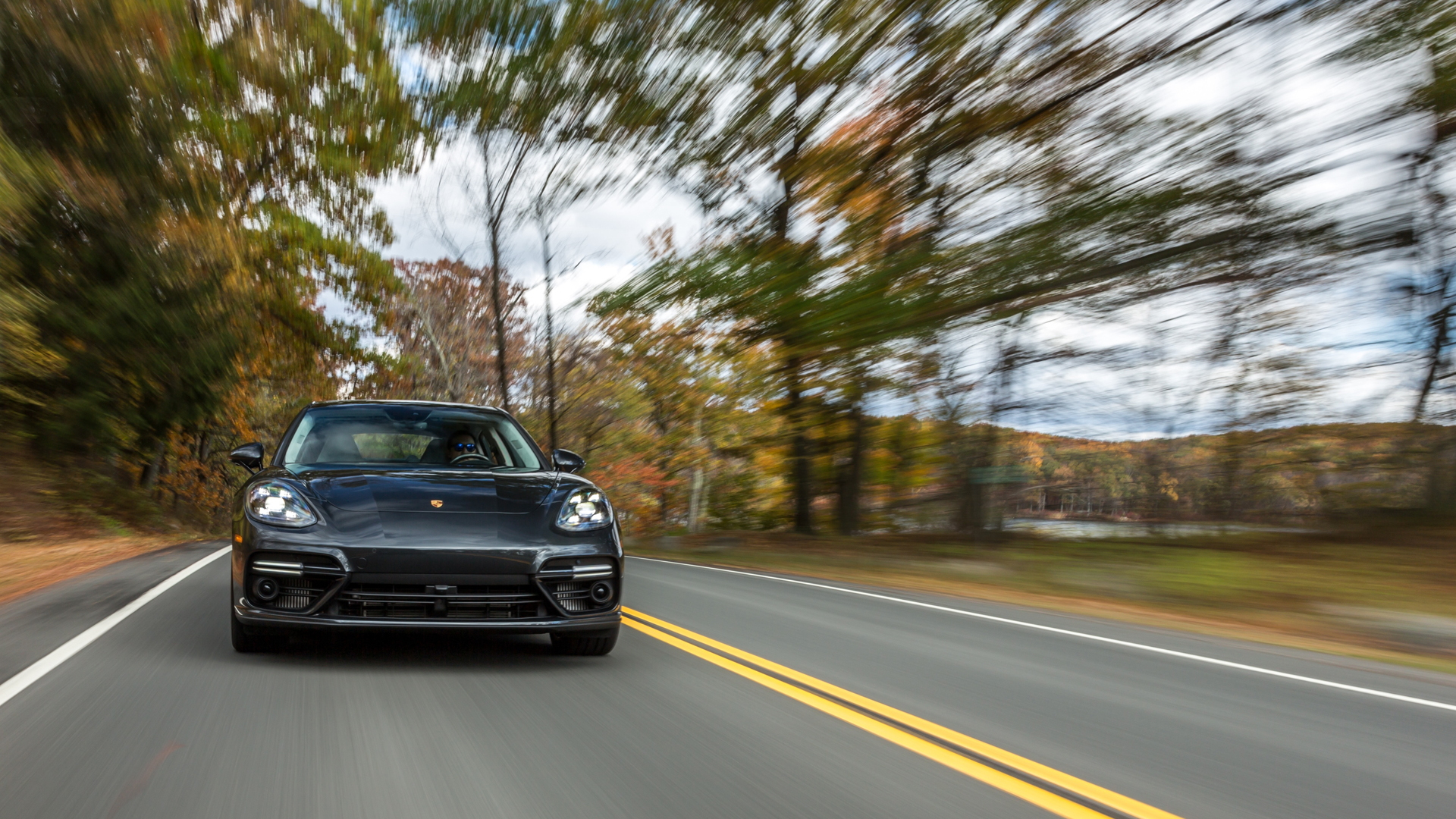 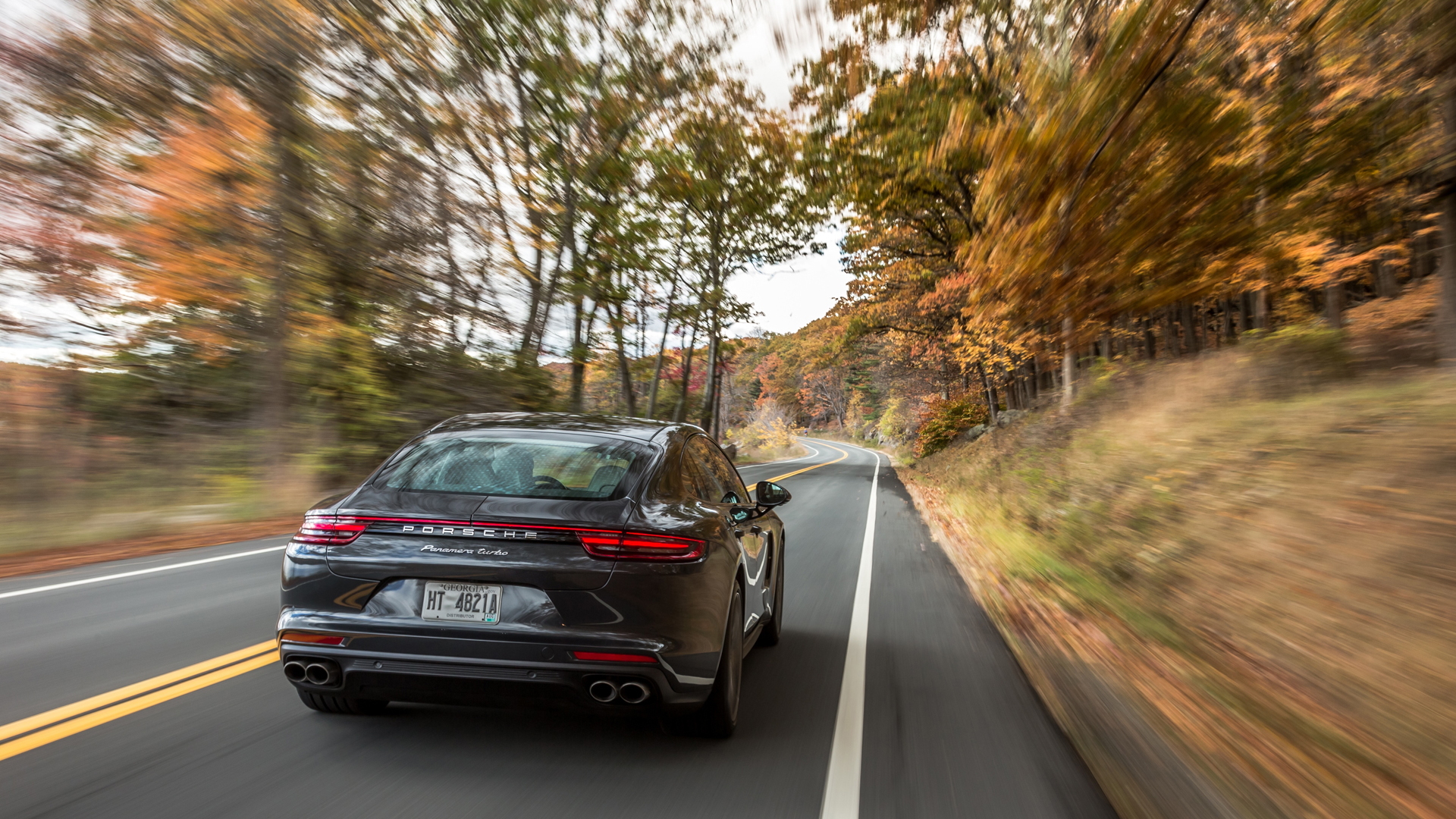 With the self-driving car on its way, our days as drivers are numbered. Eventually, some accursed batch of engineers in a shadowy automotive tech center will put all the pieces in place and birth the first truly autonomous vehicle. Assuming Skynet doesn't become self-aware shortly after and kill us all, we will fully cede our driving responsibilities to billions of lines of code. If that sounds terrible, it's because it will be.

Almost every automaker is developing autonomous technology, like lemmings coming up with new and more creative ways to kill themselves. That now includes Porsche, a brand synonymous with driving pleasure and an unwillingness to change that borders on the fanatical.

Yes, a company that's spent more than eight decades arguing (successfully) that the ass-end of a car is a pretty good place to put the engine has developed its own take on autonomy, and much like a rear-engine layout, it works well while not making a lot of sense.

Feeling out the curves
A lot of semi-autonomous systems, like Volvo Pilot Assist or Mercedes-Benz's active safety suite, work best in boring suburban sprawls and straight, rural expanses, but Porsche's InnoDrive is for the bends.

InnoDrive uses GPS data to "look" at the angle, slope, and height of the road ahead. Then, it combines that data with information from the vehicle's multitude of sensors, considers the speed limit, and determines an appropriate cornering speed. InnoDrive won't drive through the turn, though. It'll slow the car down for a turn, and the driver does the steering at all times.

“It's not a system for cornering, it's a system for speed, but it uses all the information to adjust the vehicle to the perfect speed for the road the customer is on,” Dr. Gernot Döllner told Motor Authority. Aside from nudges from the over-sensitive active lane control system, there's no real assisted steering effort. In fact, if you take your hands off the steering wheel, the system warns you to take control again.

In that way, it's less like Pilot Assist or Tesla's AutoPilot and more like a dynamic version of adaptive cruise control, right down to the (finicky and unintuitive) control stalk it shares with the ACC. InnoDrive locks in a speed—it defaults to the speed limit and can adjust automagically to higher or lower limits, or the driver can override and set a maximum speed—slows for a curve, will downshift if necessary, and then accelerates back up to the limit. Everything is well within a driver's comfort level.

And my comfort level was quite low. I like semi-autonomous systems in some situations—they reduce the strain of driving, especially over long distances or in tedious traffic. But asking the car to handle a boring, familiar trudge down Interstate 75 is quite a bit different than asking it to attack a German B-road I'm experiencing for the first time. My foot hovered constantly over the brake pedal, eager to step in and yank the carbon-ceramic reins of the Panamera Turbo I was “driving.” But I never needed to.

Aside from a short section where the system was confused about the actual speed limit—it thought a 60-kph section was only a 30, which gave me a chance to disengage and lay on the Panamera's power—InnoDrive was completely flawless. Braking and acceleration both felt well within the car's limits, and the speed at turn-in was never so aggressive that it felt inappropriate. InnoDrive also slows for pedestrians or cyclists, which is important if human-powered two-wheelers frequent your favorite driving road. And on the autobahn, InnoDrive does all the same things an adaptive cruise control system would.

Open the taps, HAL
But being Porsche, there's a more sporting element to InnoDrive, as it's directly affected by the driving mode. Running around in the default mode feels simple and occasionally dull. But Sport mode—aside from doing all the things sport modes usually do, like activating a more vocal exhaust, adjusting throttle and shift mapping, and firming up the adaptive suspension—also switches InnoDrive over to a more aggressive setting.

Set to Sport, the Panamera is more eager entering and exiting turns. It's not a rollercoaster of thrills and even a modestly talented driver can attack a turn with much more vigor, but Sport mode does amp up the speed significantly.

The system is capable of much more, according to Döllner. Originally, Porsche developed an InnoDrive setting for the Panamera's most hardcore setting, Sport+. The only problem was that Herr HAL 2000 kept scaring the test drivers.

“We had a Sport+ application, and the system is able to do much more than we realized right now,” Döllner said. “Even experienced drivers were scared about what the vehicle would allow. We had to take it out because it's faster than what 95 percent of our customers would want.”

But outright performance wasn't one of the goals with InnoDrive. Aside from being a system for what Döllner called “highway traveling and country roads, and for relaxed traveling,” Porsche designed InnoDrive to maximize the potential of its growing plug-in hybrid range. Used in a Panamera E-Hybrid, Döllner claims InnoDrive can improve efficiency by up to 10 percent in the right conditions.

Where InnoDrive uses GPS data to simply determine an appropriate speed in a gasoline-only vehicle, E-Hybrid models with the system will also use that data to strategize the most efficient driving method. Should it deploy the gas engine's fury or go for the torque from the electric motors? Is now a good time to coast and recoup some of the expended energy? When is the right time to brake to capture the maximum amount of energy? InnoDrive allegedly answers these questions and more to deliver a more efficient driving experience.

And just what are the right conditions to see this boosted efficiency? According to Döllner, they aren't on the freeway. Hybrids don't like straight, high-speed environments and neither does InnoDrive because there aren't any turns where it can slow down and recapture energy.

Expensive automotive oven mitts
InnoDrive requires a set of narrow conditions to be used, and that limits its benefits. A driver must program a destination into the GPS to receive the system's benefits. That doesn't work for me because, like most people, I rarely use the built-in GPS. On top of that, InnoDrive only works in regions for which Porsche has GPS data. That's no problem in North America or western Europe, but there will be wealthy owners in less developed regions that won't able to use the system at all because of this. Even in the U.S., new roads are built all the time.

Price is another issue, though minor. Adding InnoDrive to a Panamera Turbo like the one I drove costs at least $3,910, though Porsche also includes it alongside active lane control and a night vision system in the $5,370 Assistance package. Normal adaptive cruise control is also a hefty $2,890. While a $1,000 savings on a $150,000 vehicle isn't a lot, with Porsche's absurdly large options catalog, the extra cash makes the price of a few select features more palatable (I'm looking at you $1,620 rear-axle steering system).

But there's also a philosophical argument against InnoDrive. Porsche, more than perhaps any other brand not named Ferrari, is synonymous with a divine driving experience. The idea of surrendering any part of that feels antithetical to the brand. Use InnoDrive and you're giving up that fantastic feeling that comes through the accelerator pedal as you squeeze the throttle, and the tactile pulses that come through the brake as you add pressure. All you're left with is a video-game-like driving experience where your only objective is to keep the car between the lines. Using InnoDrive on a twisty road is like spending the night with your celebrity crush and having to wear oven mitts, ear plugs, and a blindfold. It robs enthusiasts of the sensations we crave.

At the same time, it doesn't go far enough. InnoDrive is a really impressive cruise control system, but it should be more. I'd like to see Porsche apply the same kind of mindset that birthed InnoDrive's corner management abilities to improve on steering assist systems—imagine if Porsche developed a version of InnoDrive that could not only select a safe cornering speed, but that had a steering system that could actually nudge you, gently, toward the correct line through the turn? InnoDrive as a high-performance driver training implement would be a fanciful idea, but it's one enthusiasts could get on board with and that would certainly fit into Porsche's performance-focused DNA. At the very least, it'd be nice if InnoDrive could more fully handle the boring part of our commute.

Ultimately, though, enthusiasts need to view Porsche's first small steps into autonomy in the same light as the products InnoDrive is currently available on—the Panamera and the next-generation Cayenne. Where those two vehicles (and the Macan that followed) bankrolled Porsche's sports car development, equipping future Panameras and Cayennes with more mature versions of InnoDrive will (hopefully) allow the brand to continue developing fun-to-drive human-controlled cars. In that sense, InnoDrive could be a necessary evil, something enthusiasts and brand purists will need to learn to accept. But that doesn't need to be the case—whether Porsche realizes that will remain an open question.