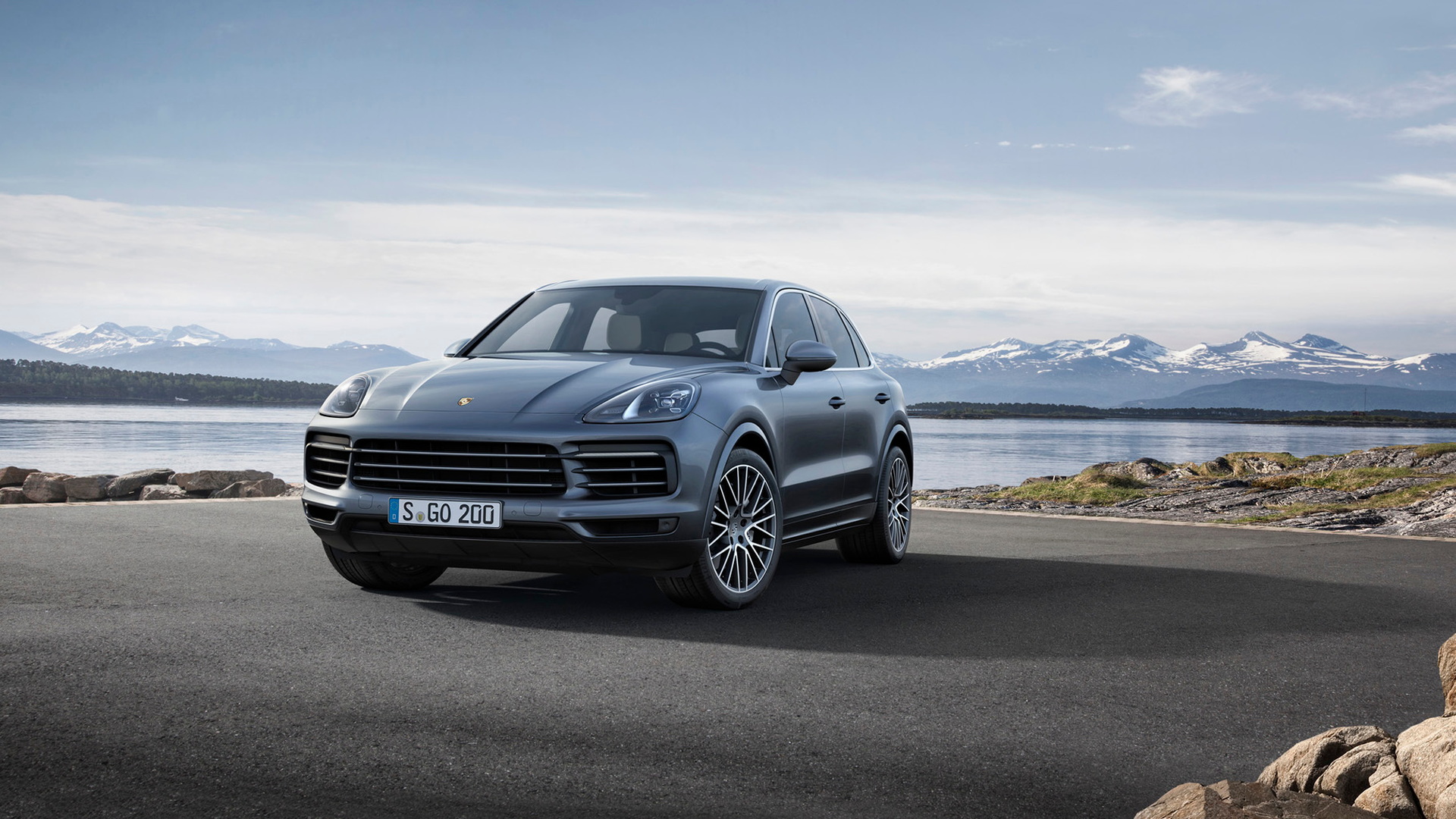 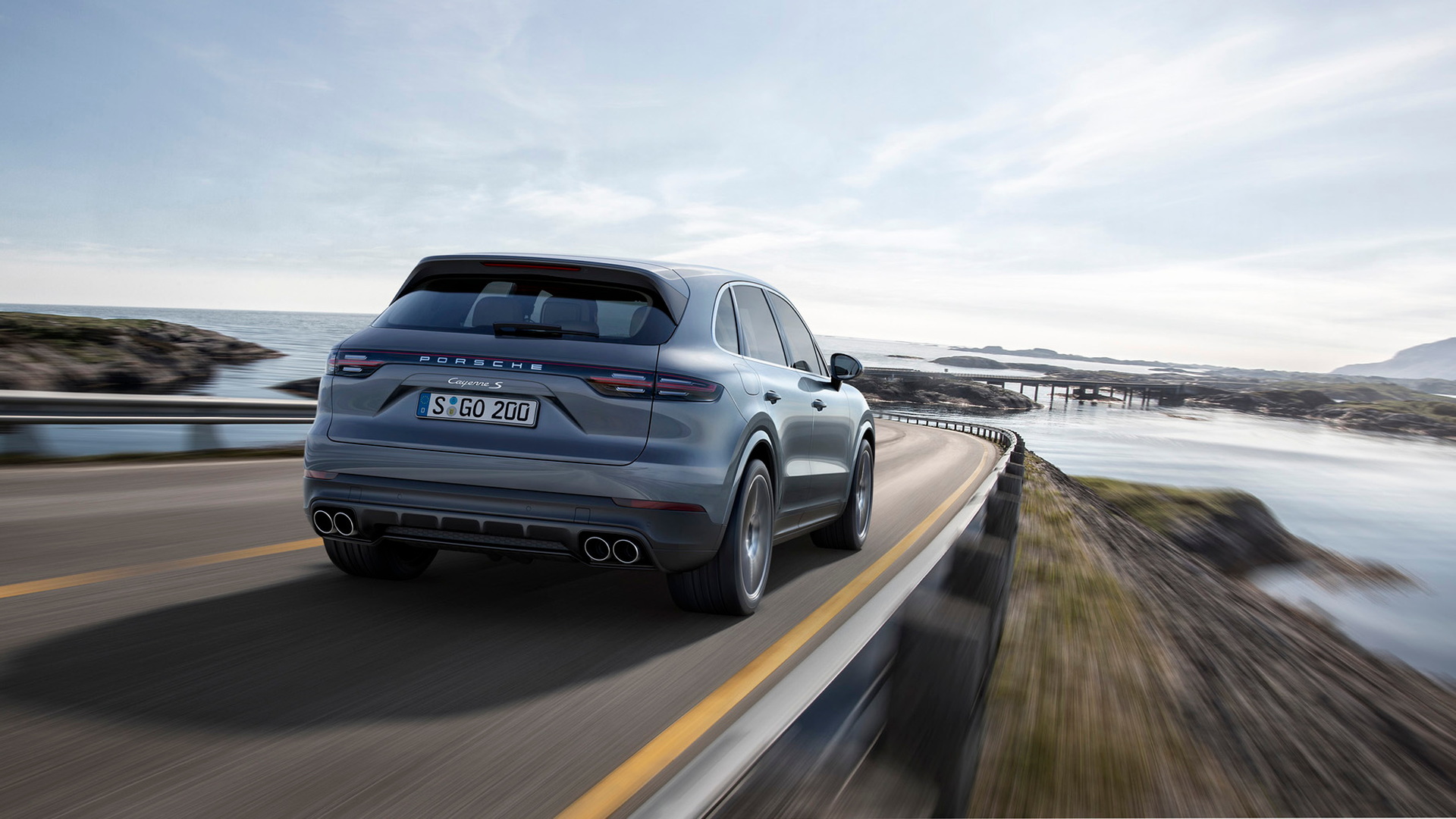 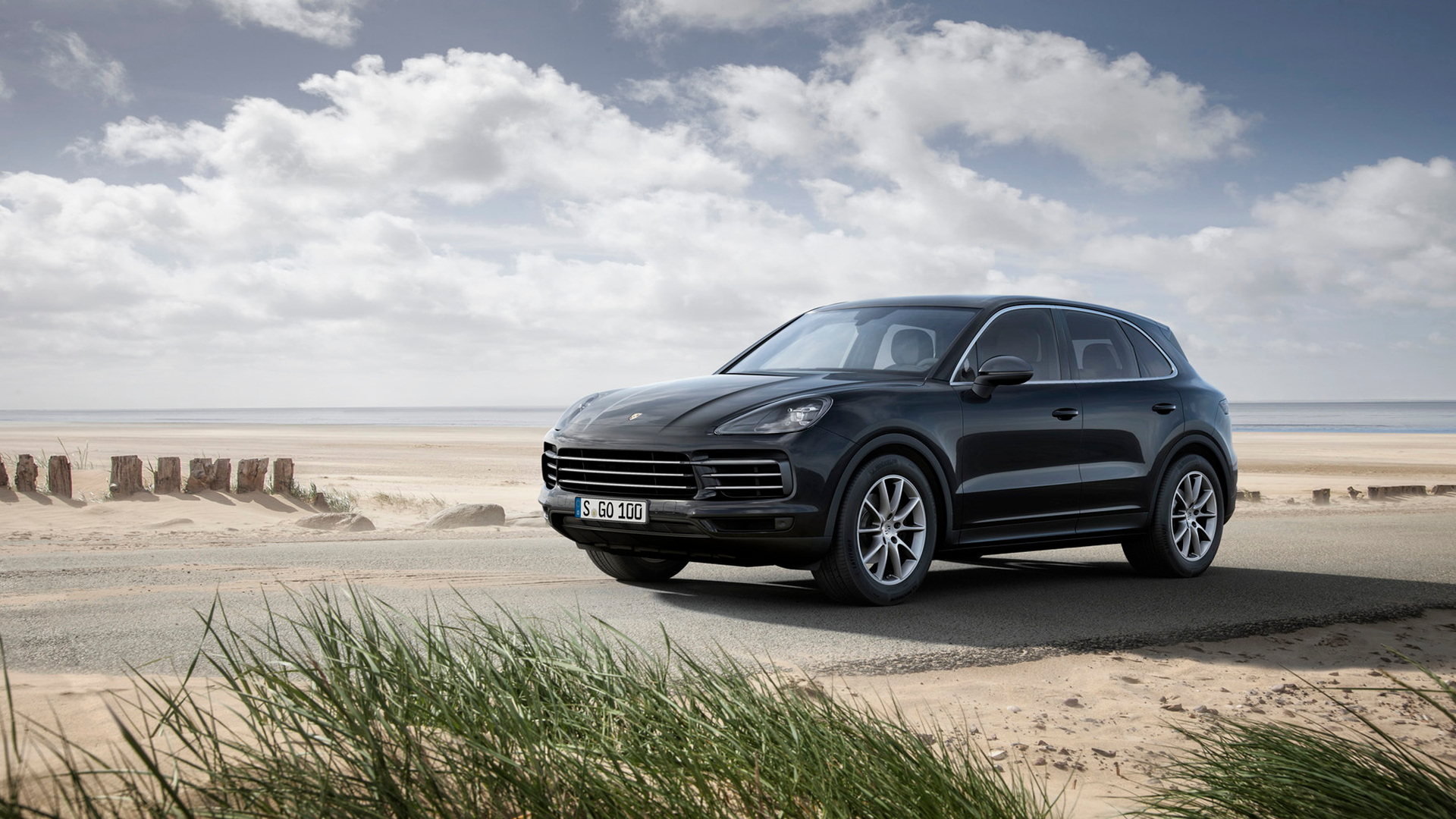 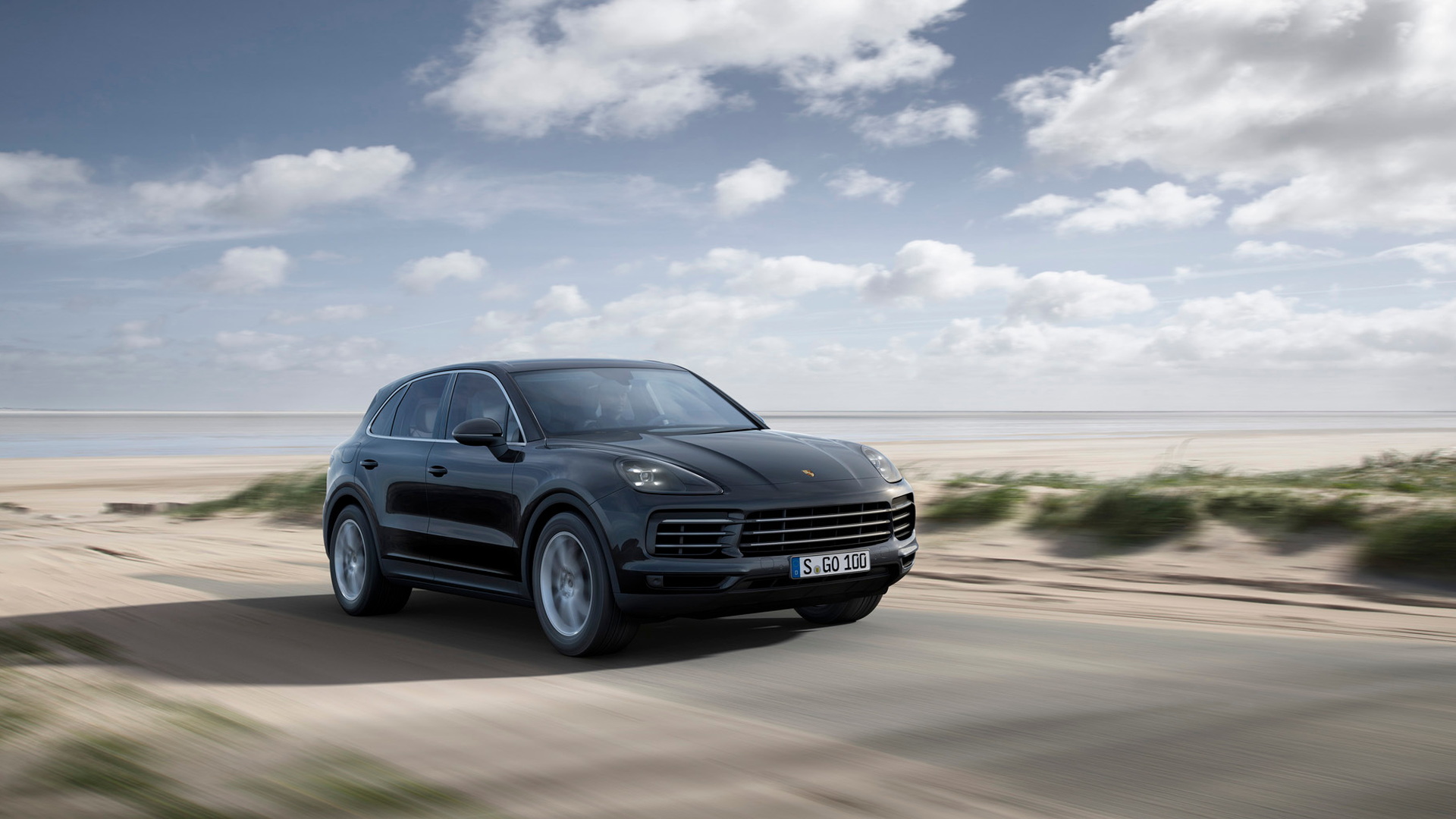 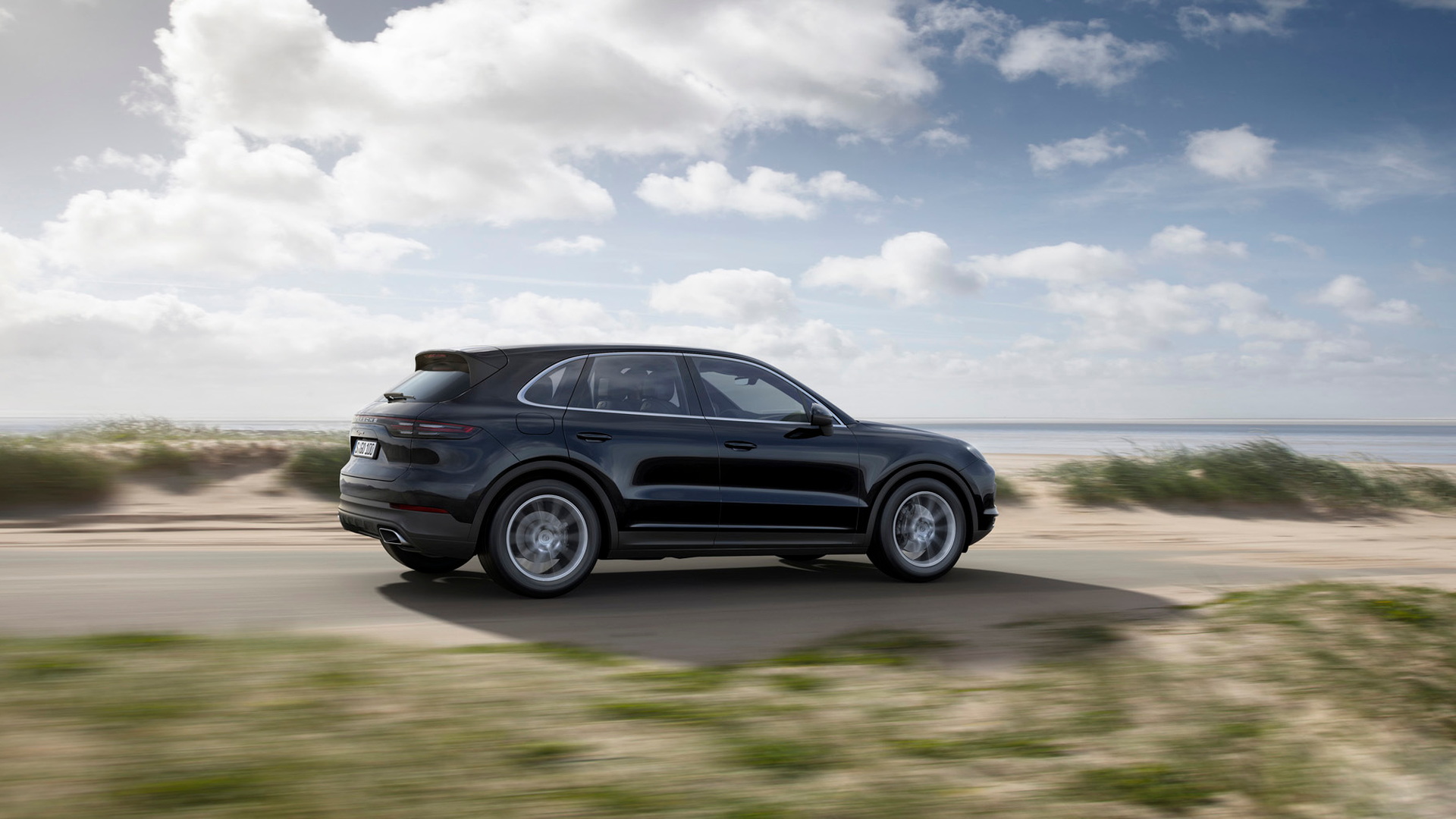 In the past couple of years, Porsche has redesigned the Cayman and Boxster (adding the 718 designation to each), introduced a twin-turbocharged 911 Carrera, and turned the Panamera from one of the most unattractive cars on the road into one of the best looking. Good. Great. Wonderful. And none of it matters.

This is what matters—it's the 2019 Porsche Cayenne officially unveiled Tuesday, and it's the vehicle that provides the dollars for Porsche to continue being Porsche. In other words, of all the products Zuffenhausen has rethought and restyled over the past few years, the Cayenne is inarguably the most important.

And it's also the most restrained. As we learned from last week's leaked images, the approach here is typically Porsche, i.e. evolutionary. The styling is immediately identifiable, but unlike the Cayenne's first two generations, it's much conservative, almost anonymous. After the Panamera Sport Turismo, you wouldn't be wrong to consider it disappointing, or even boring.

The front looks, by and large, like an enlarged Macan. So does the side. The Cayenne opts to borrow from another car in the Porsche stable for its tail, adopting a unified taillight that spans the tailgate, much as it does on the Panamera. We wish there were more of the Panamera's panache on the exterior, although we should note that we're only seeing the Cayenne and Cayenne S—more exotic, higher-performance models like the inevitable GTS and Turbo should amp up the excitement accordingly.

The Panamera's influence is more prominent in the cabin, where a 12.3-inch display crowns a bank of touch-sensitive controls on the Cayenne's high center console. The Cayenne's cockpit-like nature is something we're happy to see Porsche hasn't adjusted too much—segregating driver and passenger so much immediately presents a more driving-focused character.

The five-pod gauge cluster carries on into 2019, as well, although it improves on last year's model by adding a second display pod. The two 7.0-inch screens flank a central tachometer, presenting drivers with all the information that's too important to cram onto the main display. Naturally, this content is all reconfigurable, so drivers can organize their ideal driving environment. It's not as dramatic as Audi's stellar Virtual Cockpit, but Porsche's version offers some of that versatility alongside an (unsurprisingly) more traditional look.

As is Porsche's way, conservative styling belies more dramatic improvements under the skin. For now, the Cayenne is going all turbocharged—the base model will get a 3.0-liter, turbocharged V-6 with 340 horsepower and 332 pound-feet of torque, while the Cayenne S borrows the Panamera's 2.9-liter, twin-turbocharged V-6 to generate 440 hp and 406 lb-ft of torque. These are big improvements over the current model, and in more ways than one.

The entry-level Cayenne is up 40 hp and 37 lb-ft of torque over the old, naturally aspirated 3.6-liter V-6. That means more performance—the sprint to 60 takes just 5.9 seconds (or 5.6 seconds with the optional Sport Chrono Package) and the 2019 Cayenne will continue accelerating to 152 mph compared to the 7.3 seconds and 142 mph top speed of the current base model. The 2.9-liter's improvements are more modest, adding 20 hp to the current Cayenne S's 3.0-liter, twin-turbocharged V-6 while matching it on torque. Still, the slight downsizing did help performance—the 2019 Cayenne S takes just 4.9 seconds (or 4.6 with the Sport Chrono Package) to hit 60 and will eventually hit 164 to the older model's 5.1-second best and 161 mph top speed.

At the least, the Cayenne's new 8-speed automatic transmission should get some of the thanks for the improved performance. While Porsche didn't go for the hardcore PDK offered in its lower-riding performance vehicles, the new 8-speed Tiptronic S transmission promises more immediate upshifts. Let's not forget the structural team, either. The move to the Volkswagen Group's latest MLB platform has helped shed a significant amount of weight. The aluminum-intensive body, lightweight chassis, and even a new featherweight lithium-ion starter battery contribute to a 143-pound weight reduction over the predecessor.

Porsche married the straight-line performance improvements with what should be a more agile handling character. A multi-link rear suspension isn't surprising, but the 2019 Cayenne brings several firsts to the table—staggered front and rear tires and optional rear-axle steering. When our own Kirk Bell experienced Porsche's rear-axle steering on the 2017 Panamera Turbo, he remarked that it helped the big sedan “carve through corners that would induce massive understeer in most big cars, and it stays impressively flat while doing so,” thanks to the way RAS virtually shortens the wheelbase.

The most agile Cayenne will get rear-axle steering and a few other key pieces of technology. The first is Porsche Active Suspension Management, which is your typical adjustable damper system—it's standard on the Cayenne S and optional on the base. The second and third are the new three-chamber air suspension and Porsche Dynamic Chassis Control.

With the upgraded air suspension, Porsche claims it has finer control over the system's calibration, owing to the extra air chamber, while Dynamic Chassis Control adds electrically controlled sway bars. The Panamera's 4D Chassis Control system comes to the Cayenne, and allows “virtually instantaneous” management of the various settings and handling options.

Prices for the 2019 Porsche Cayenne and Cayenne S start at $66,750 and $83,950, respectively (both prices include a mandatory $1,050 destination charge). Naturally, there should be enough optional extras available to add 50 to 75 percent to those prices. Look for deliveries to begin in mid-2018.

Porsche provided lodging and travel to Internet Brands Automotive to bring you this firsthand report.