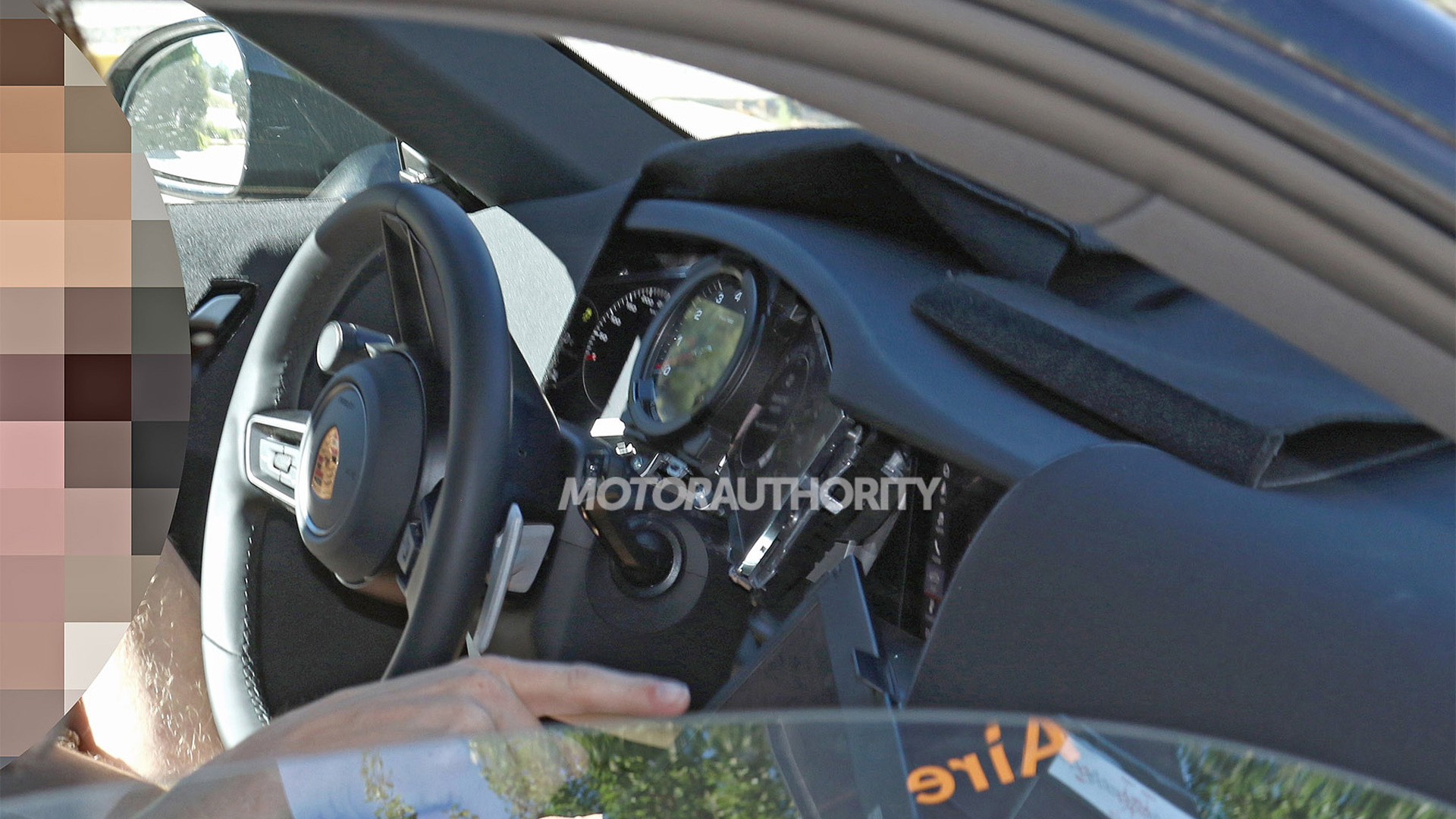 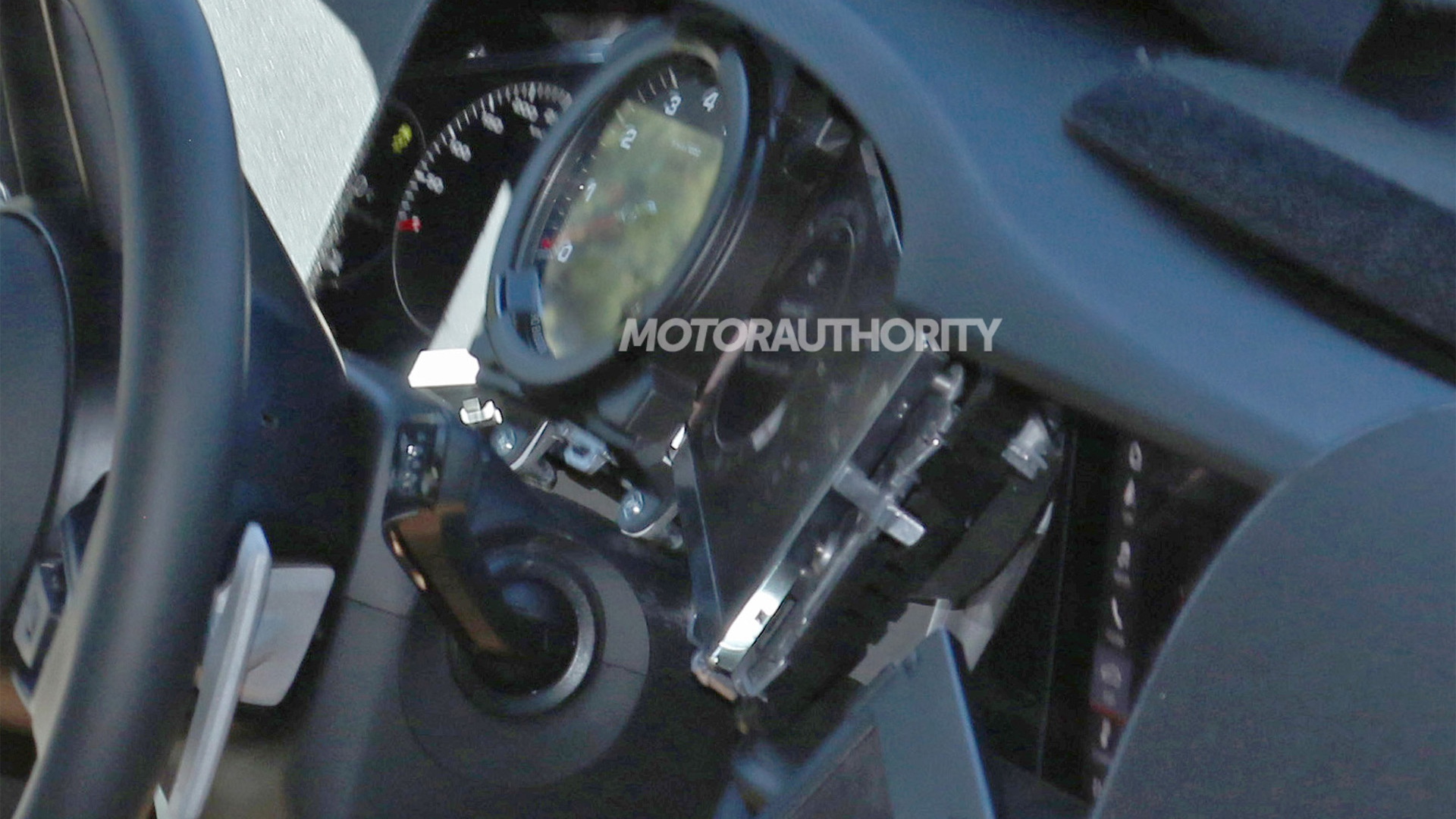 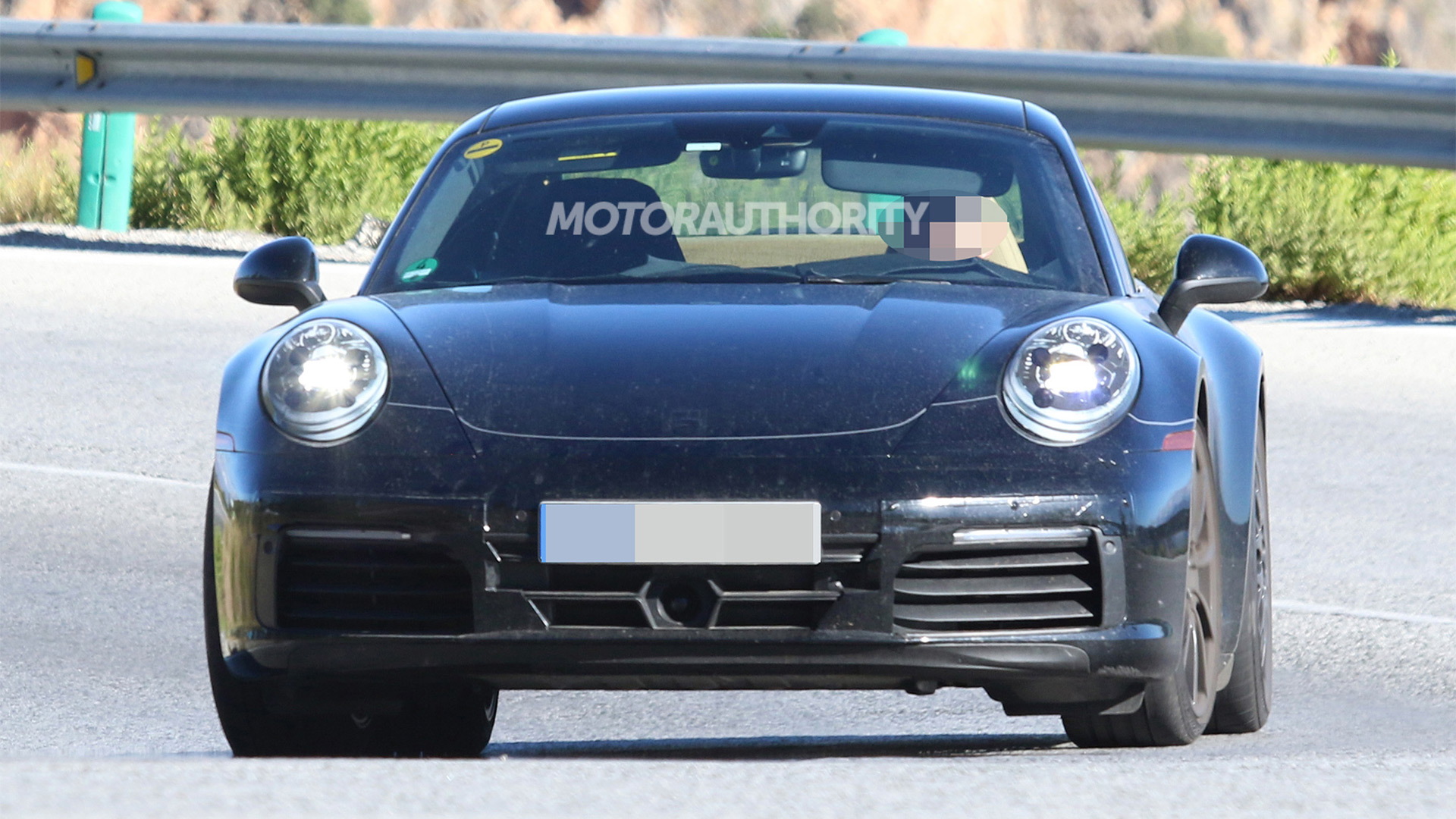 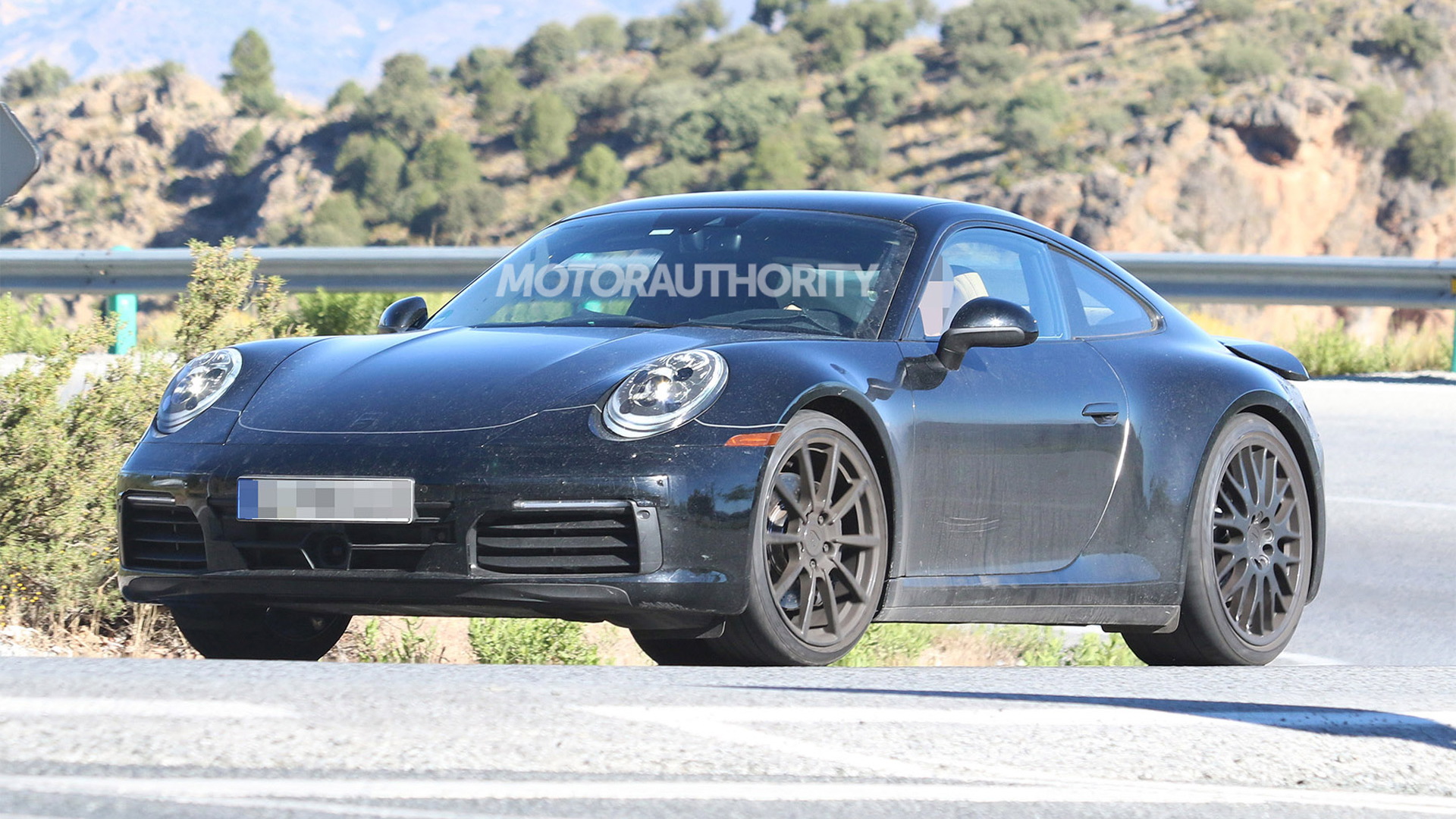 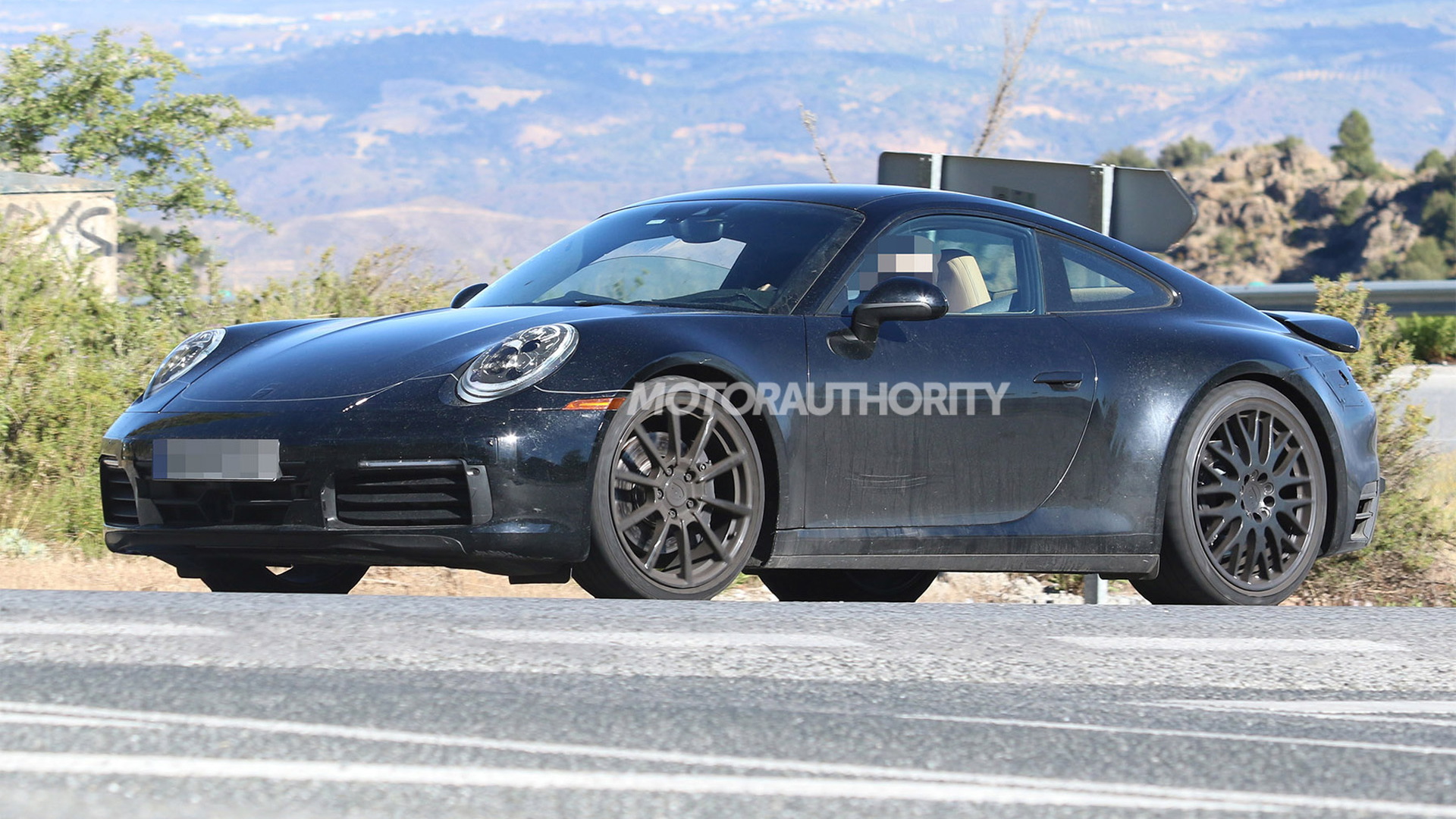 Porsche engineers are out testing the next-generation 911 and our photographer has managed to snap the interior of one of the prototypes.

The photos reveal the new digital dash that will be fitted to the next 911 which is expected on sale next year, as a 2019 model.

The all-important tachometer sits in the center of the instrument cluster and looks to be remaining analog. However, to the left and right of this are digital screens. The screen to the left of the tacho shows the speedometer.

We can also see that the infotainment screen is situated at the top of the center stack and not in the center, as seen in the current 911. 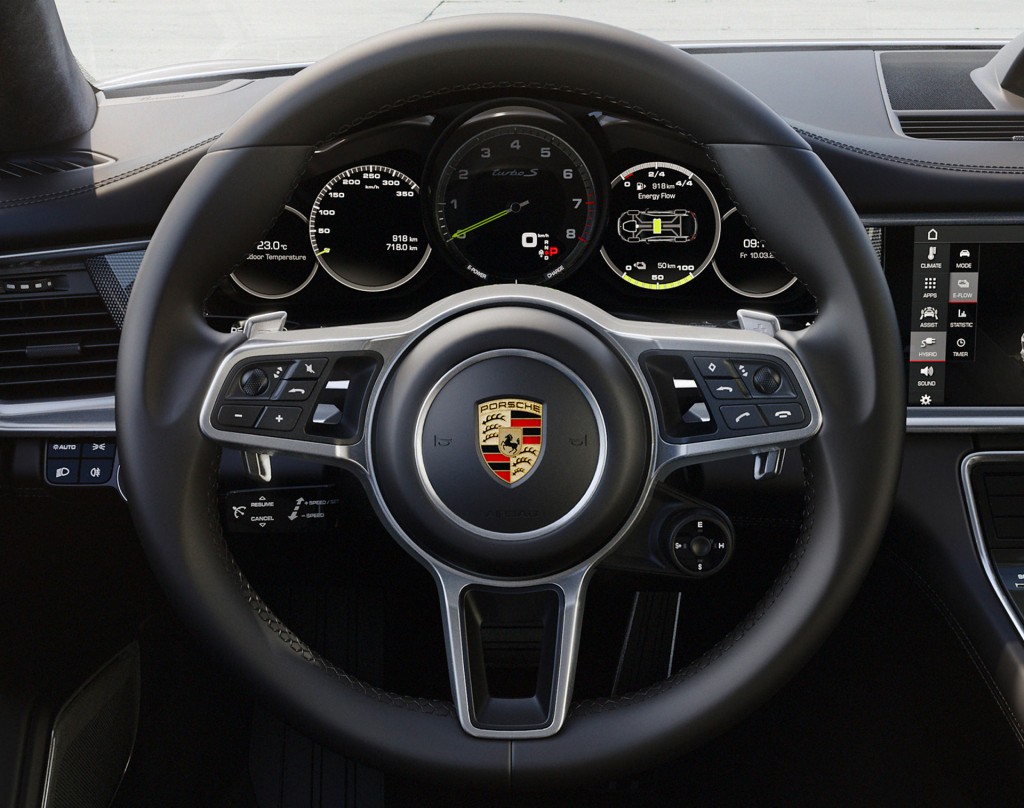 The resulting design should be similar to what we see in the latest Panamera (shown above).

From the earlier test mules, we learned the next 911 will be slightly wider than the current model. Underpinning it is believed to be a new modular sports car platform to be shared with the next 718 and possibly other sports cars from the Volkswagen Group.

At next year’s launch, there should be the Carrera and Carrera S models. Power for both will come from the same 3.0-liter twin-turbocharged flat-6 engine that debuted in the 2017 911. At present, the engine delivers 370 horsepower and 331 pound-feet torque in the Carrera and 420 hp and 368 lb-ft in the Carrera S.