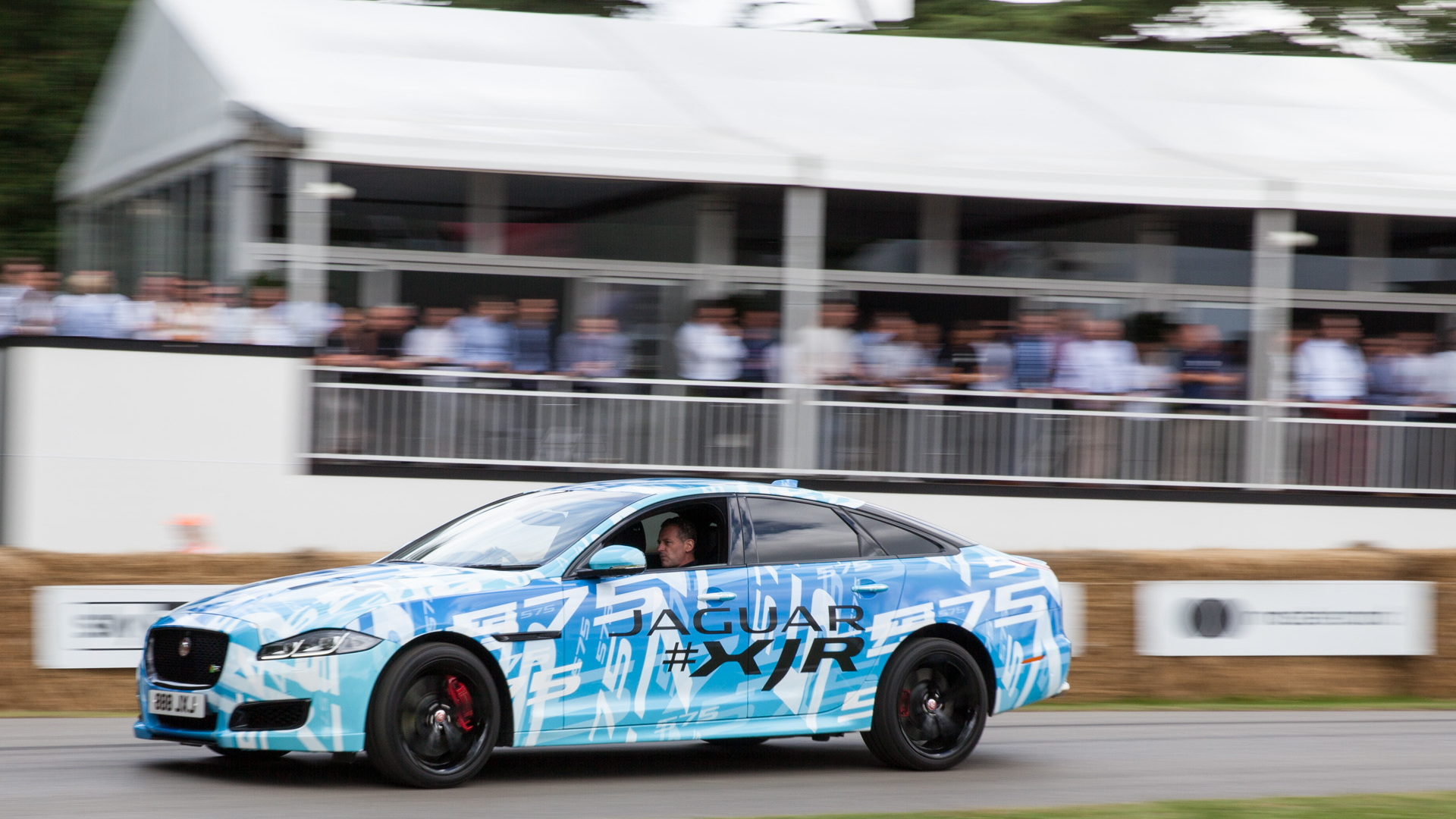 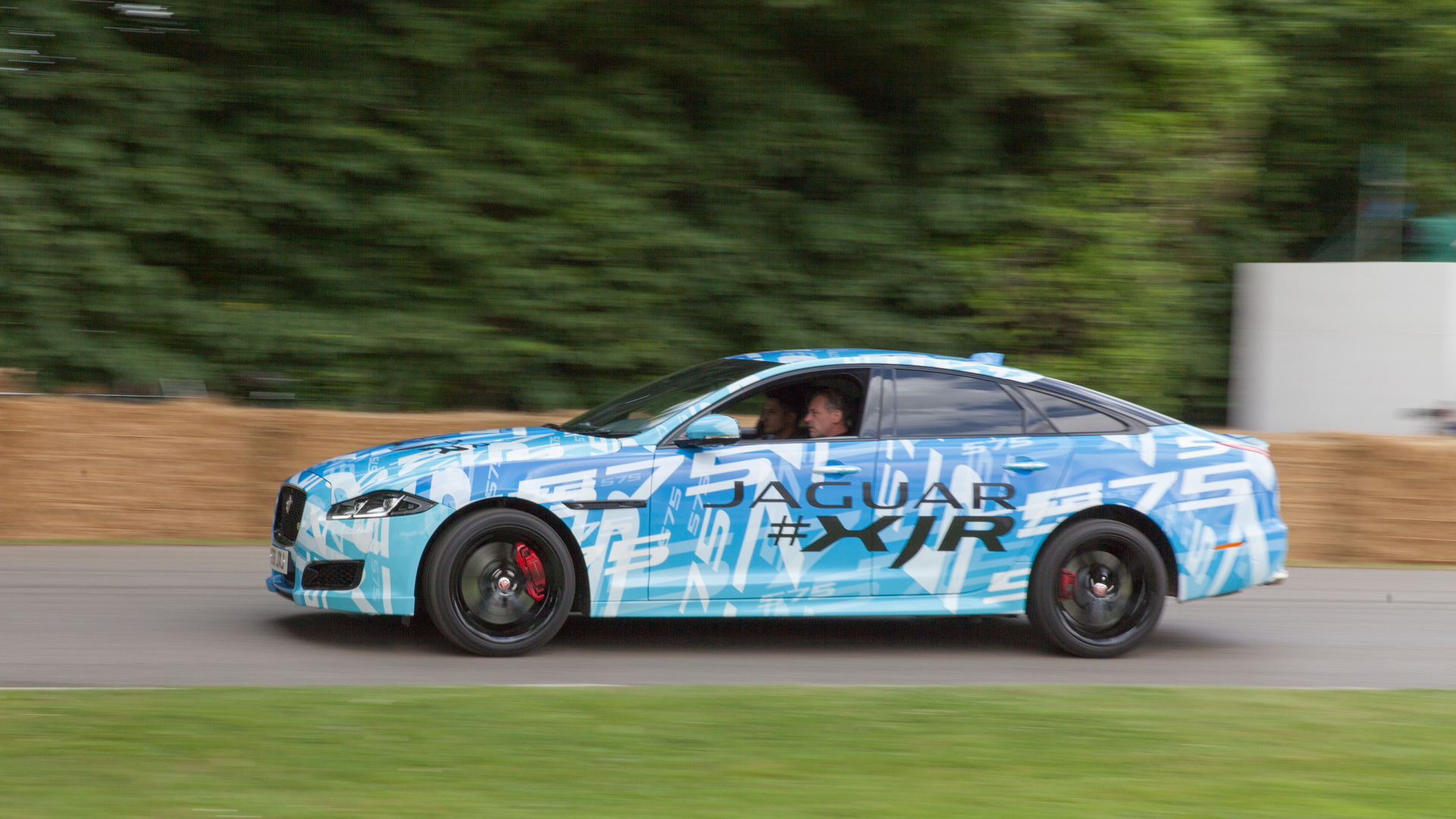 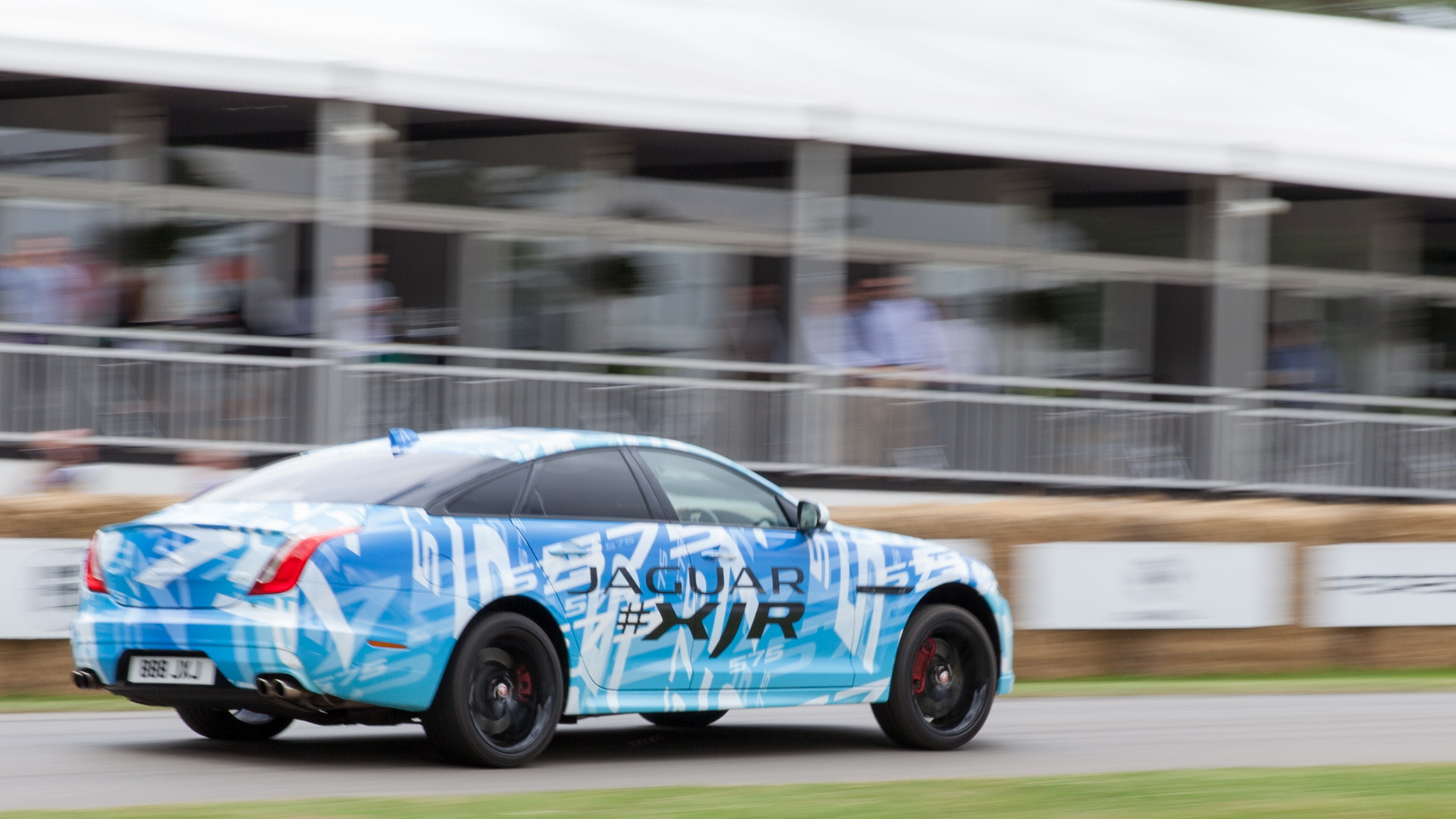 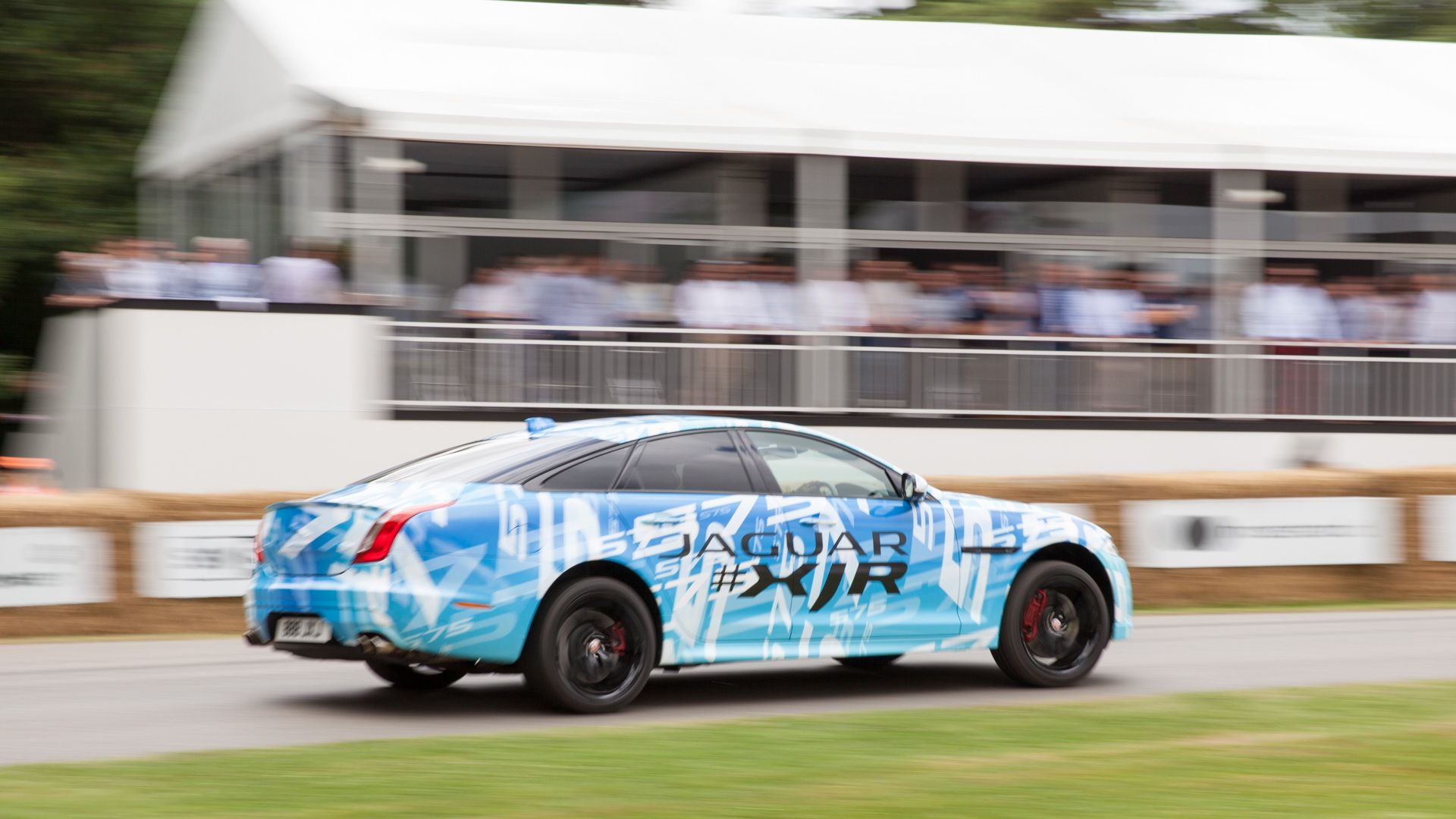 The XE SV Project 8 isn’t the only attraction at Jaguar’s stand at the 2017 Goodwood Festival of Speed.

Jaguar also had what it’s referring to as a “new XJ derivative,” though the automaker wasn’t willing to discuss any details as development isn’t complete.

All Jaguar would say is that the car will be revealed in full this summer after some final testing.

A special wrap covering the car contained “XJR” and “575” in big bold figures. This suggests we’re looking at an XJR coming down the line with a 575-horsepower version of Jaguar’s 5.0-liter supercharged V-8. Currently, the output is reserved for Jaguar’s F-Type SVR.

The current XJR has 550 hp and sprints to 60 mph in 4.4 seconds and on to a top speed of 174 mph. With 25 extra horses, expect the latest XJR to deliver better numbers.

Considering the reveal is taking place this summer, we should see the car make a formal debut at the 2017 Frankfurt auto show in September. It will likely land in showrooms shortly after, as a 2018 model. Potential rivals include the Audi S8 and BMW M760i xDrive.