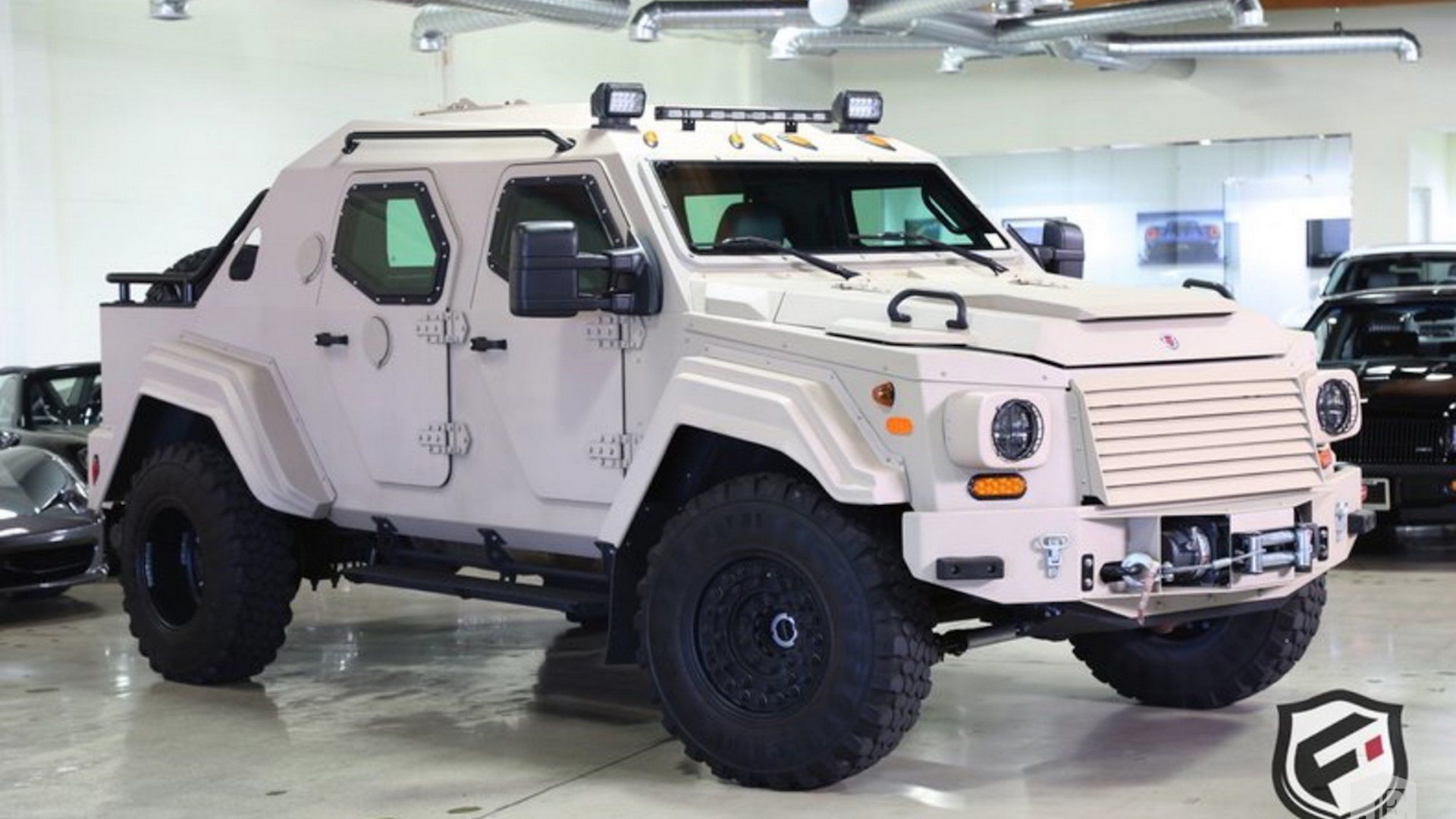 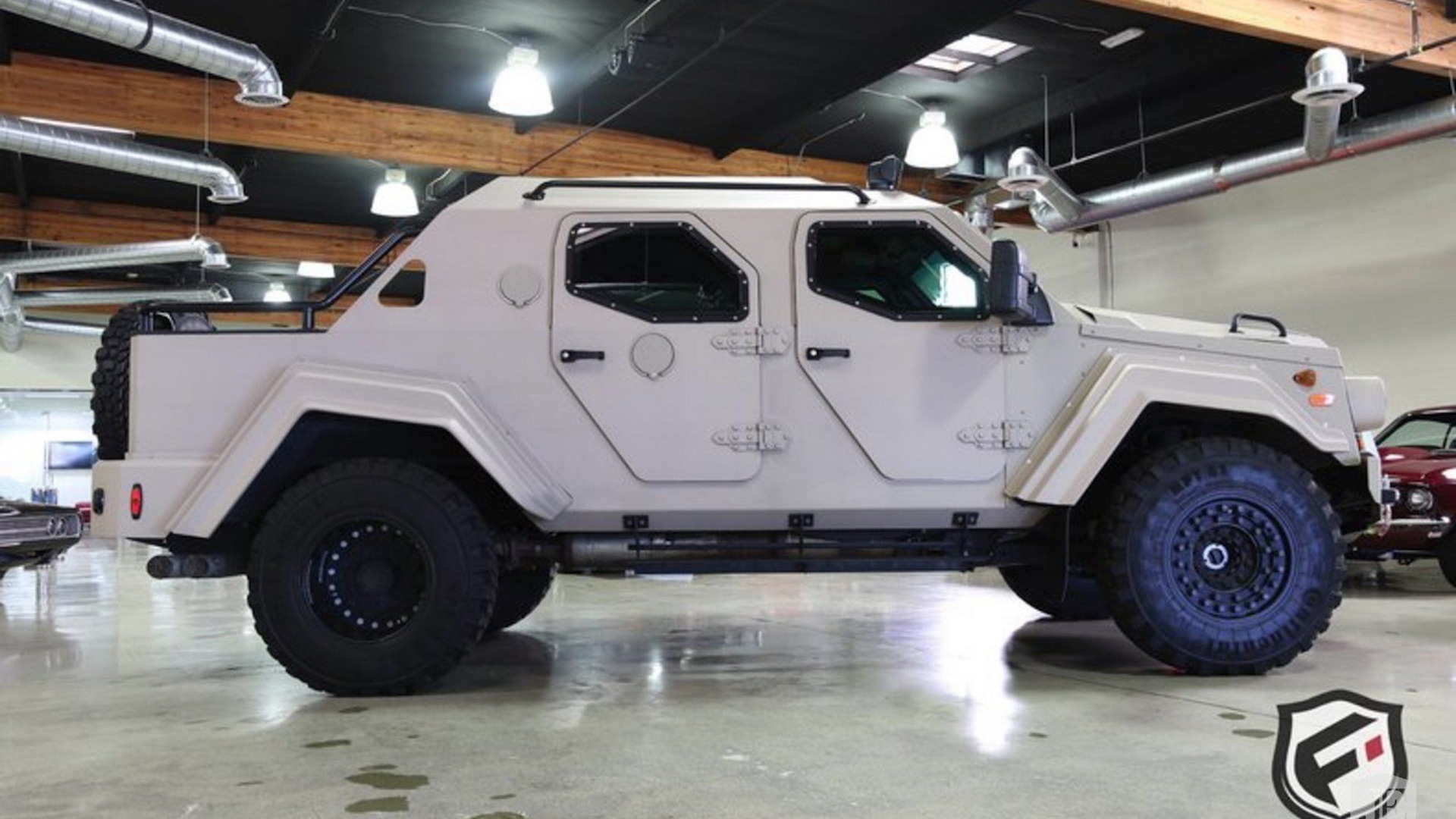 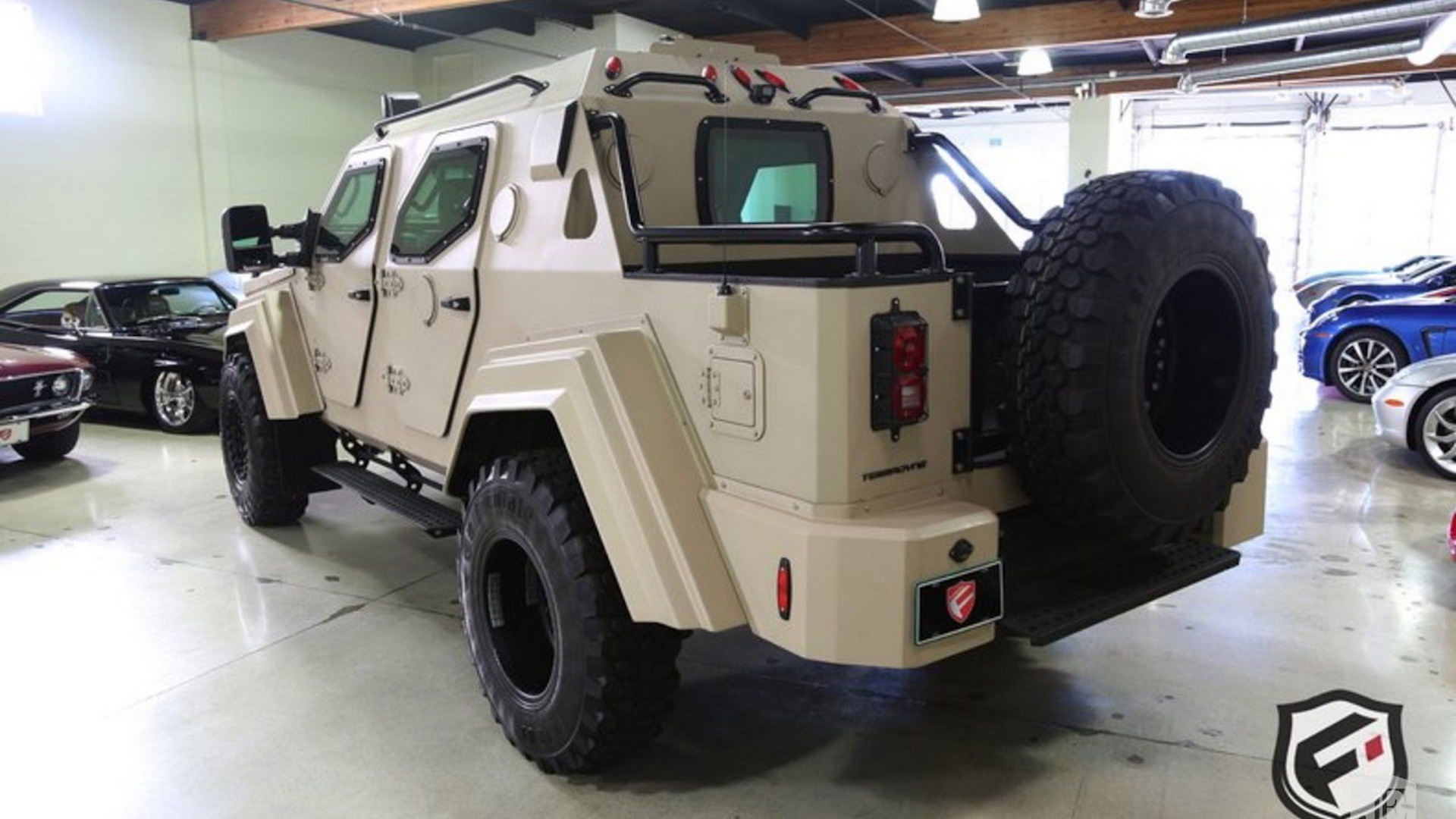 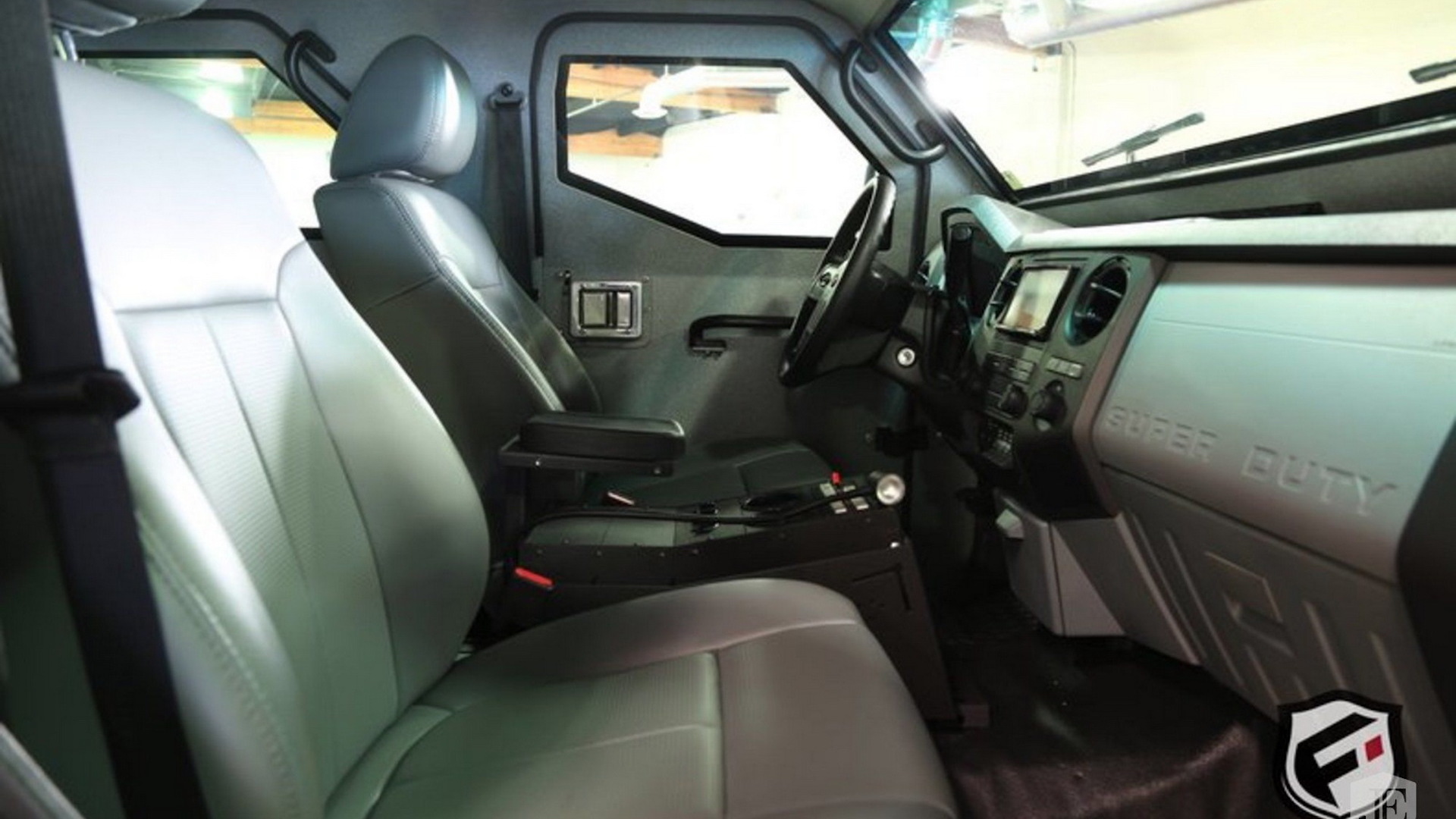 There's a market for off-the-wall, armored, luxury SUVs. Just ask Dartz, which revealed its latest Black Alligator SUV at the 2017 Gumball 3000 rally. It's nearly impenetrable and its posh amenities emulate a Bentley or Rolls-Royce. Now, there's this: the Terradyne Gurkha.

Actually, the Gurkha came first. What is a Terradyne Gurkha? It's apparently based on a Ford F-550XL, and it was featured in the 2014 "Robocop" film. Like Dartz, it's a bulletproof SUV that can tackle anything thrown at it. But, the Gurkha is less luxurious. It makes up for its lack of luxury with six gun ports, remote-controlled roof-mounted search lights, and Level 7 ballistic and .50 caliber armored protection. This tank of a vehicle can be struck multiple times by some of the world's most powerful weapons and remain unpenetrated.

In fact, this Terradyne Gurkha is for sale, and the sale listing from JamesEdition says it would take hours to break into the cabin—with a plasma cutter, at that. Power comes from the donor 2012 Ford F-550XL's 6.7-liter V-8 turbodiesel engine, which makes 300 horsepower and 660 pound-feet of torque. Wrapping the wheels are run-flat Continental MTP 81 All Terrain tires.

Like with the Black Alligator, one must pay to play. As one of two ever built, this erradyne Gurkha commands a $699,900 price, even with 15,150 miles on the odometer. There's a lot nearly $700,000 can buy, but it likely won't be as tough as the Terradyne Gurkha.