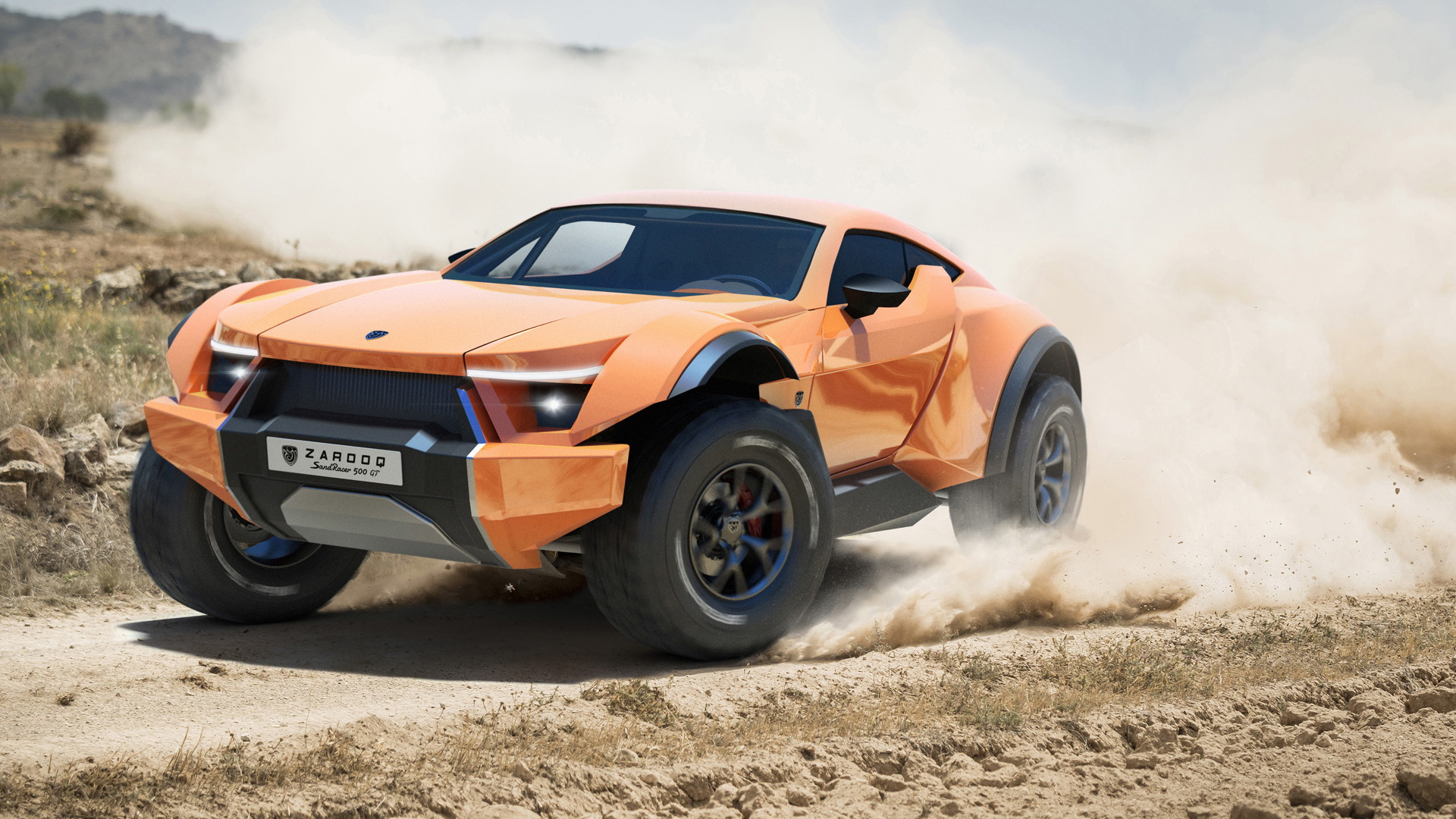 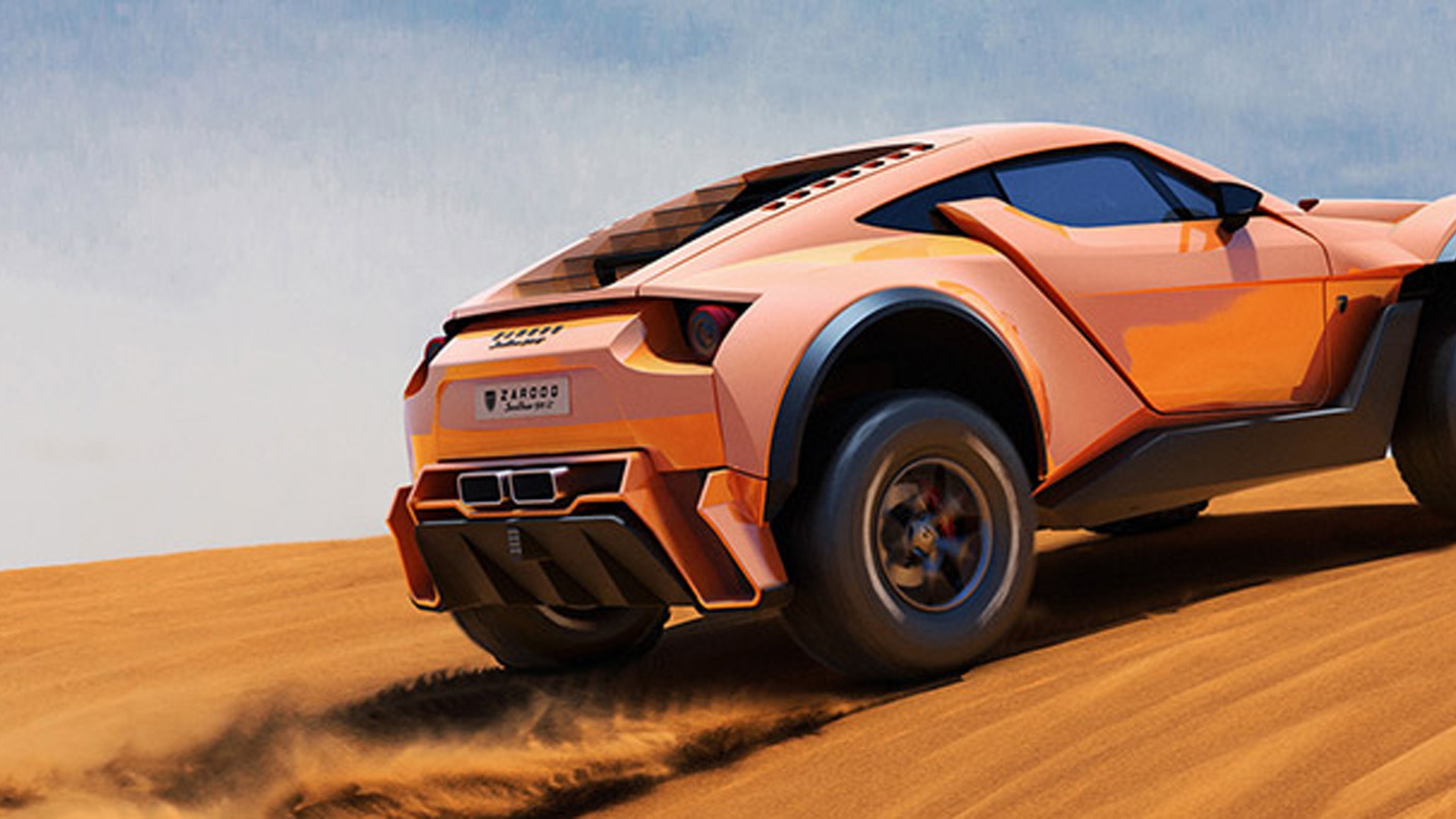 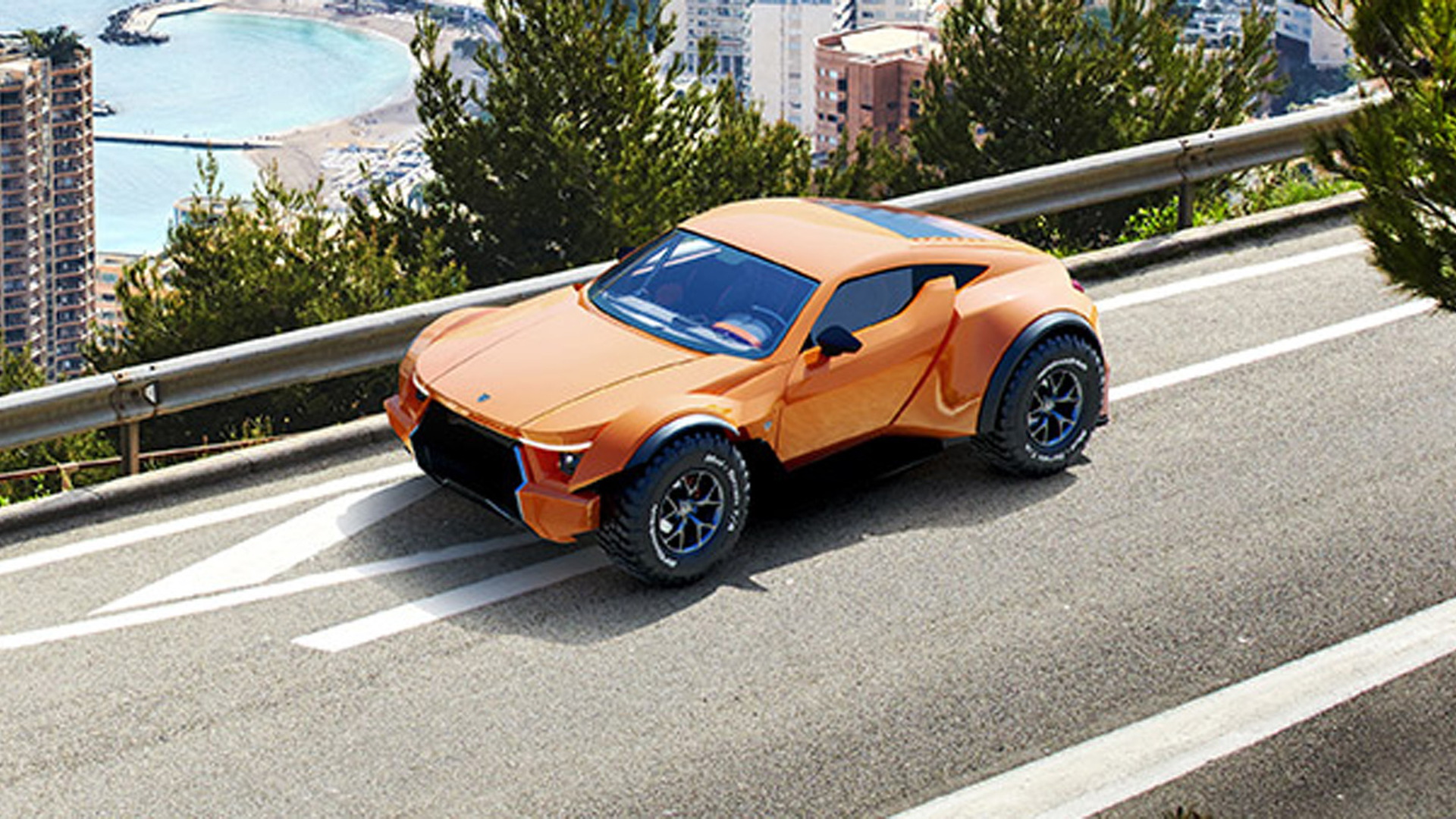 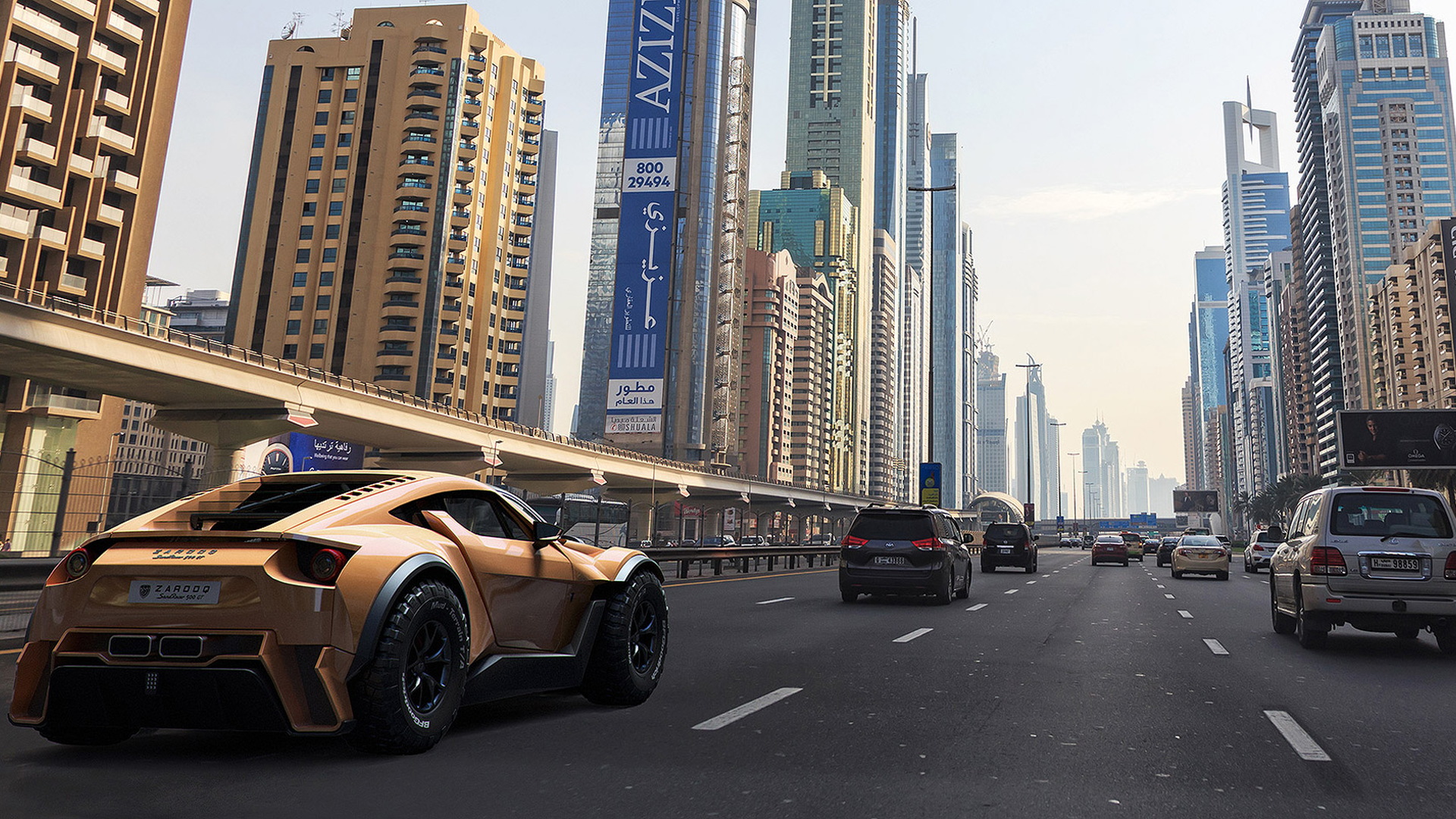 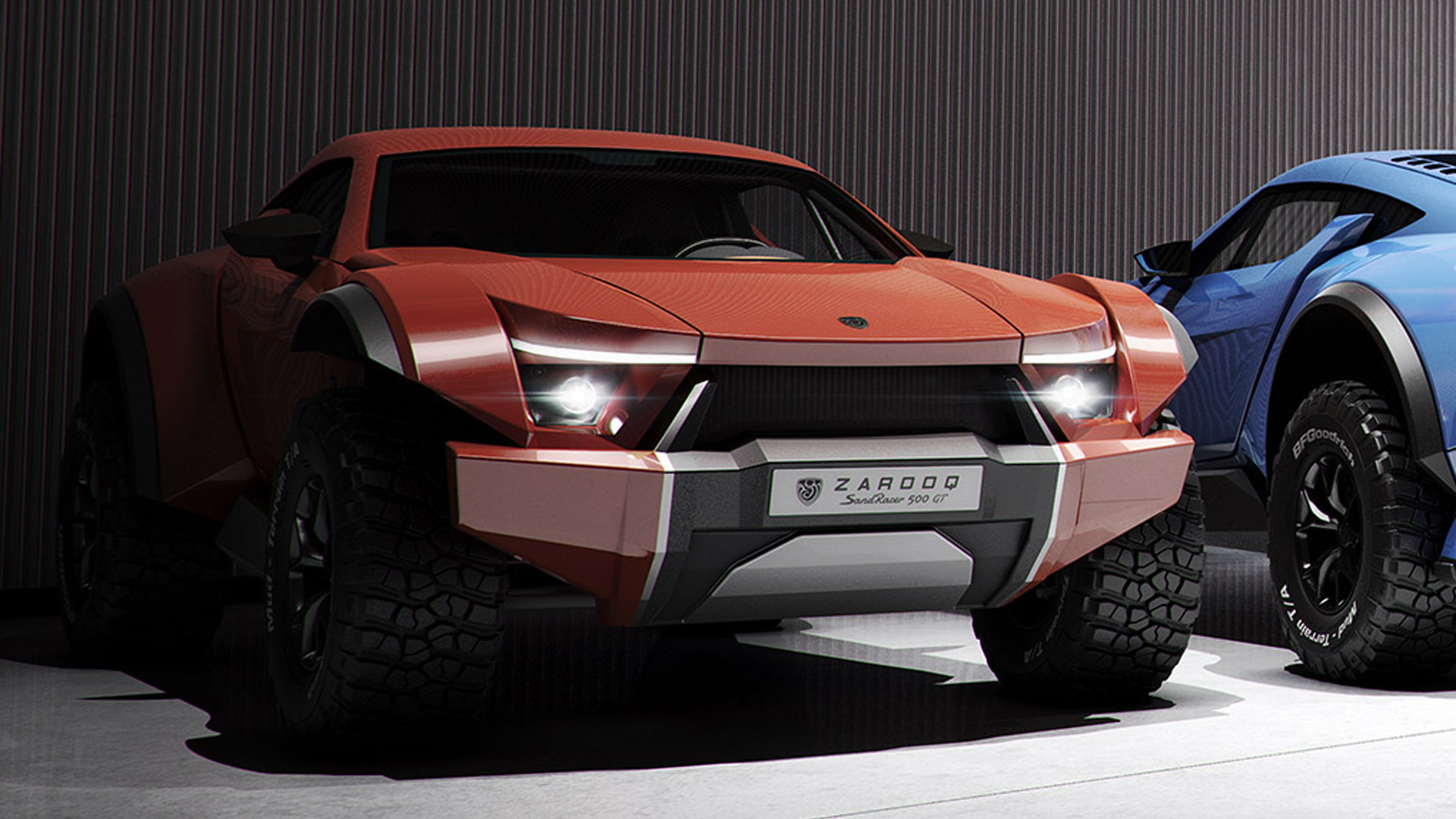 Dubai-based Zarooq came out in 2015 with its Rally Fighter-esque SandRacer high-speed off-roader.

Since then the company has been developing the car, and on Tuesday it announced that the final design and specifications have been locked in and that production will soon start.

The ethos of the SandRacer is a high-performance vehicle that’s equally at home running up sand dunes or carving up a race track.

Its aggressive lines were penned  by the same person responsible for the W Motors Lykan Hypersport and Jannarelly Design-1. It can be lowered and fitted with aero elements for the race track, but these can easily be removed should the vehicle need to go off-road.

The first SandRacer model will be the SandRacer 500 GT. Instead of a V-6 engine as originally planned, Zarooq has chosen a V-8 displacing 6.2 liters and churning out 525 horsepower and 487 pound-feet of torque. The transmission is a 5-speed sequential unit and drive is to the rear wheels only. Considering the car has a curb weight of only 2,645 pounds, the performance should be scintillating.

“We listened to our clients who definitely wanted something more powerful, lighter, with an even more radical design and with a luxury interior," Zarooq co-founder Iannis Mardell said in a statement.

Zarooq teamed up with Spanish racing team Campos Racing to develop the chassis of the SandRacer while notorious German tuner Mansory crafted the car’s interior. We’re told the SandRacer features a two-seat cabin with a digital dash and hand-stitched leather trim. Some carbon fiber also features. The lightweight composite is also used for most of the SandRacer’s body.

Zarooq will deliver the first examples of the SandRacer in late 2017. The first 35 cars will be a limited edition model priced at a staggering $450,000. Zarooq said most of the early customers have been collectors from the Middle East and Europe.