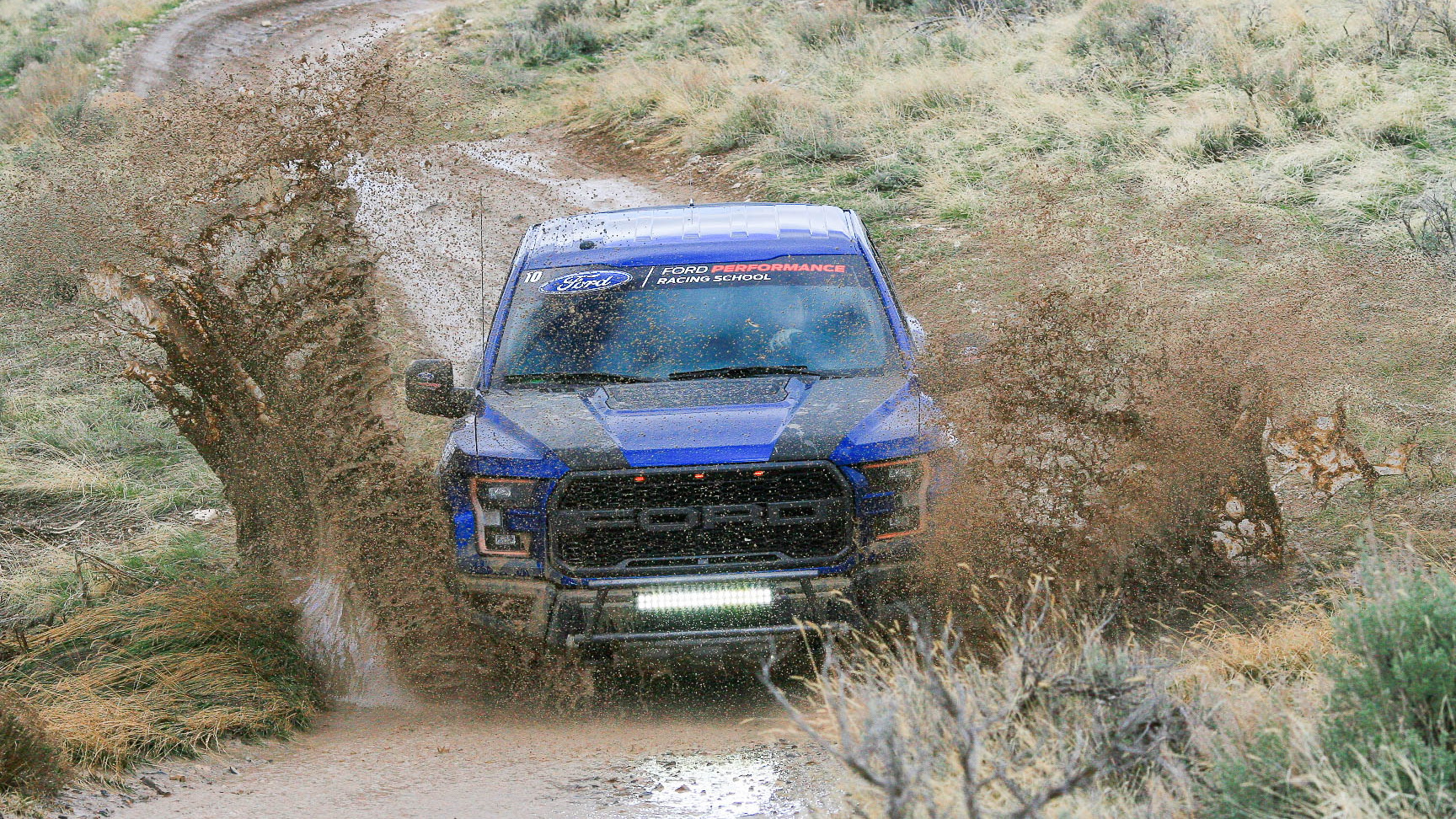 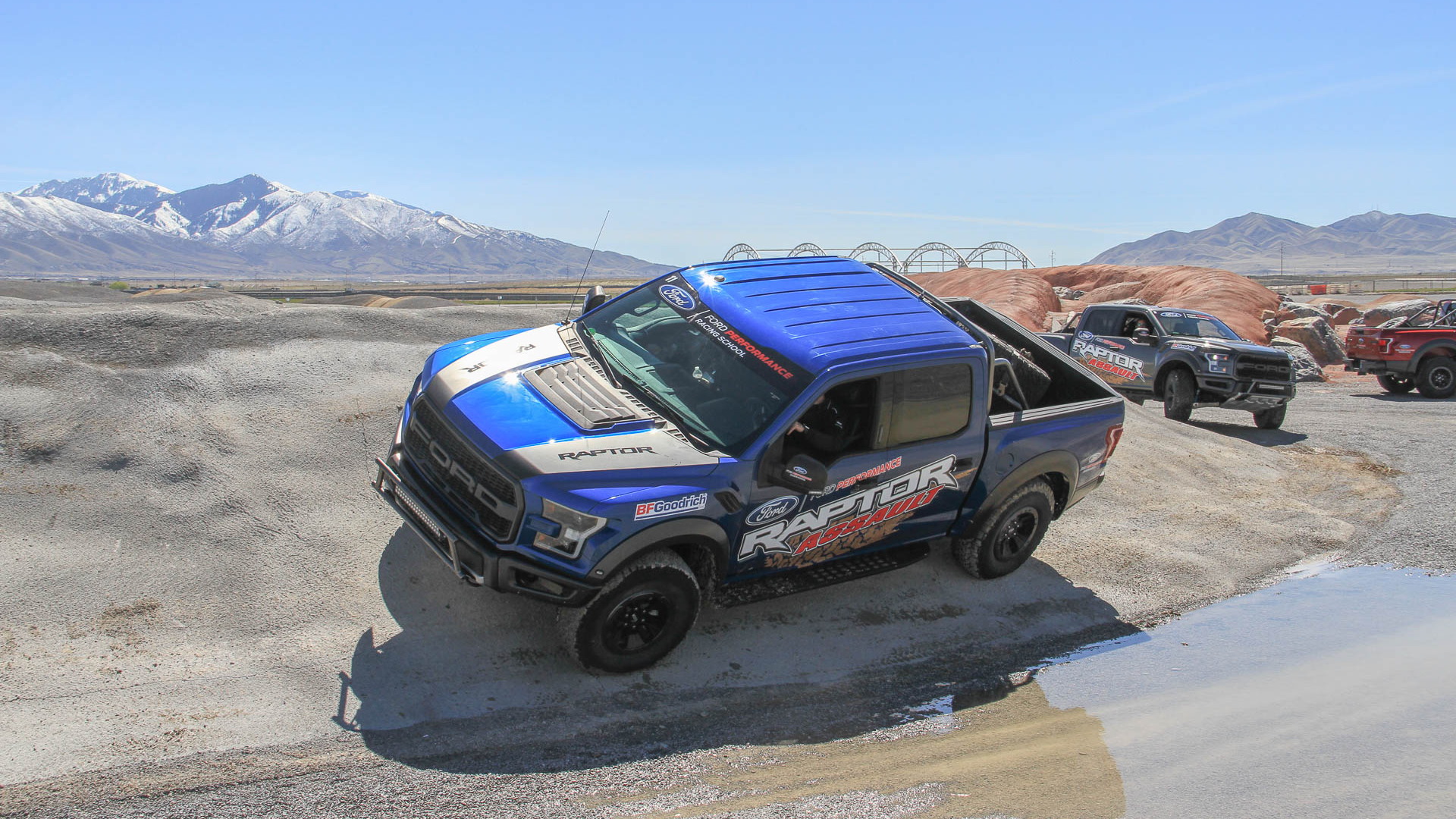 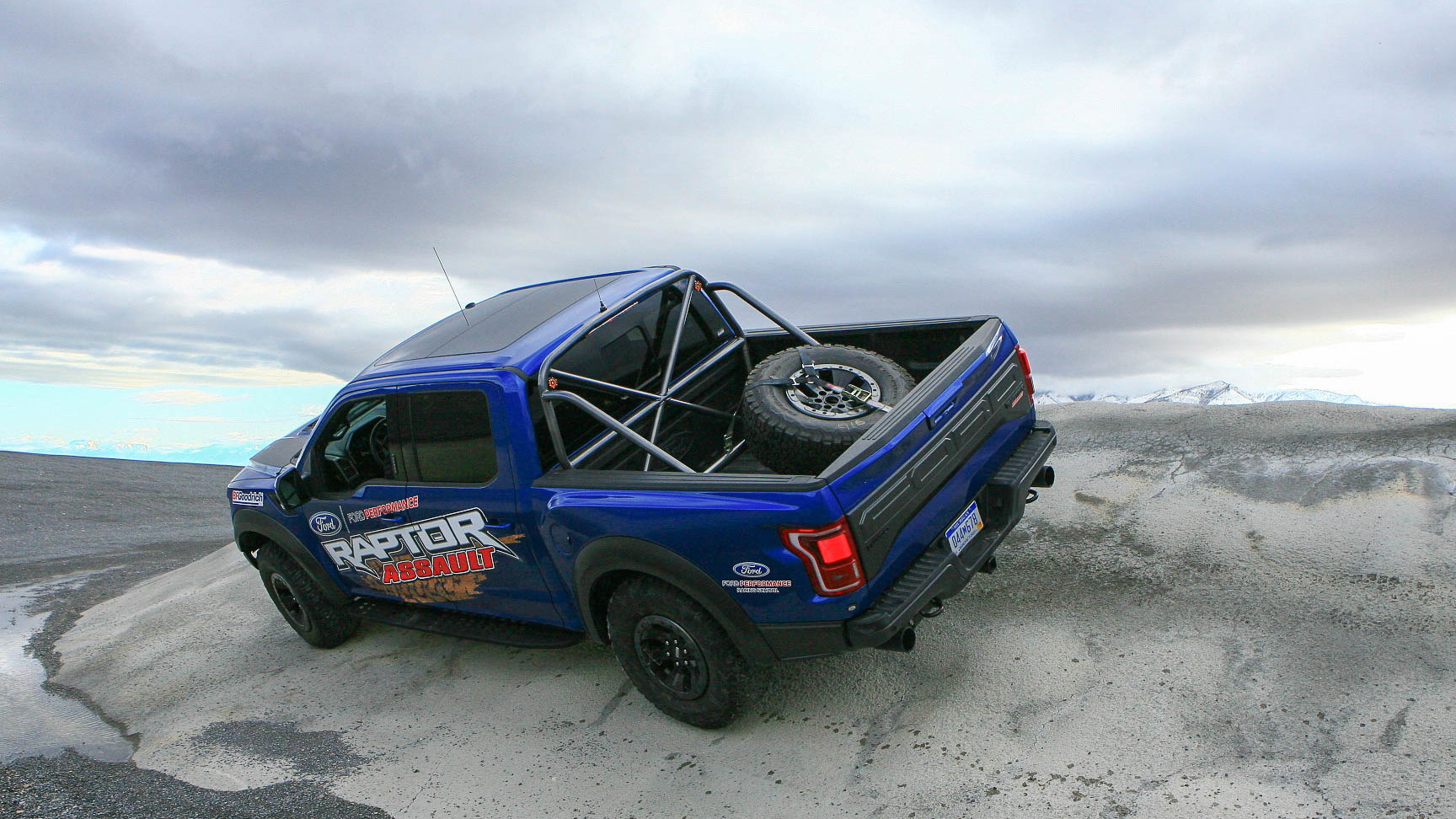 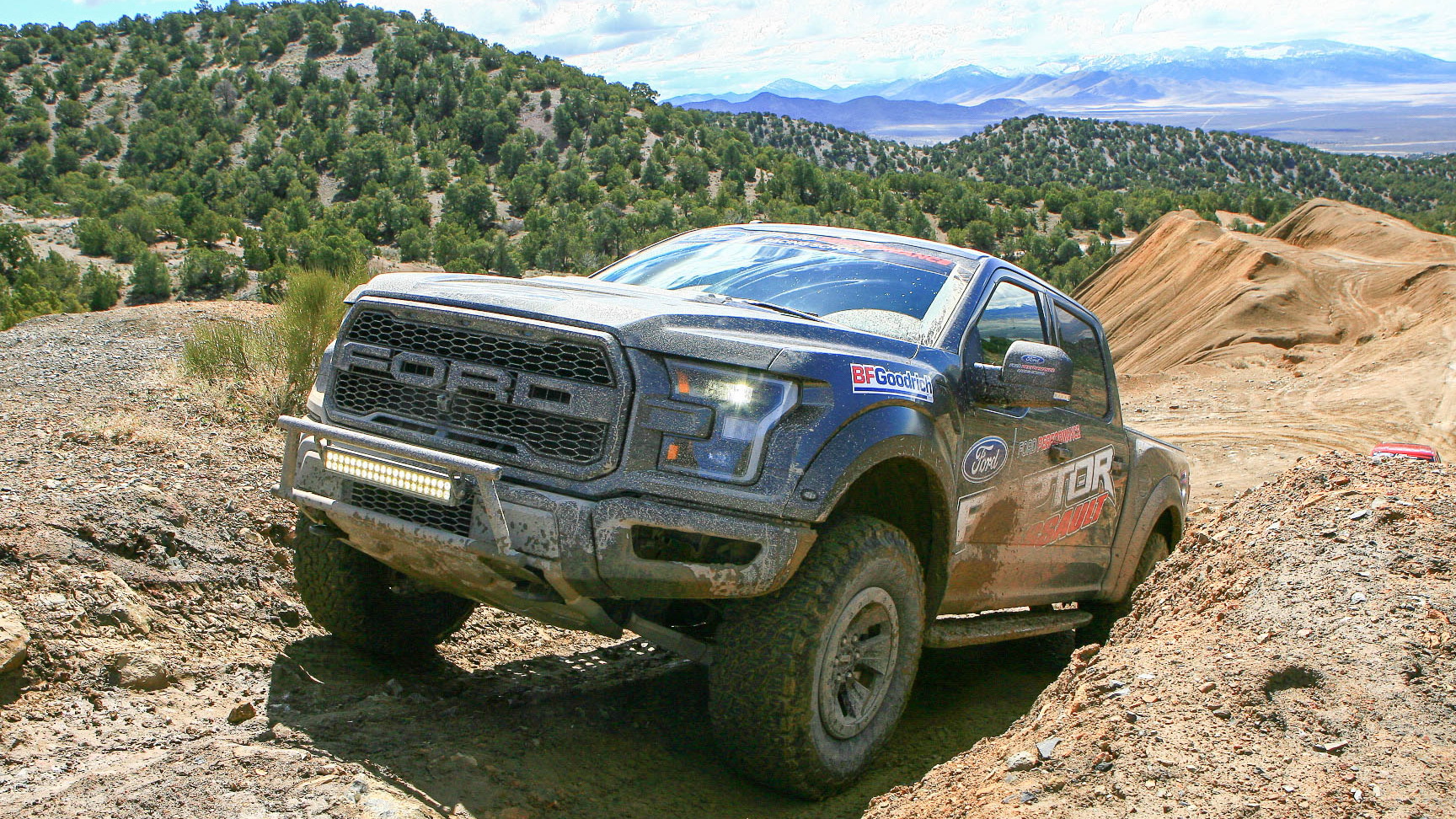 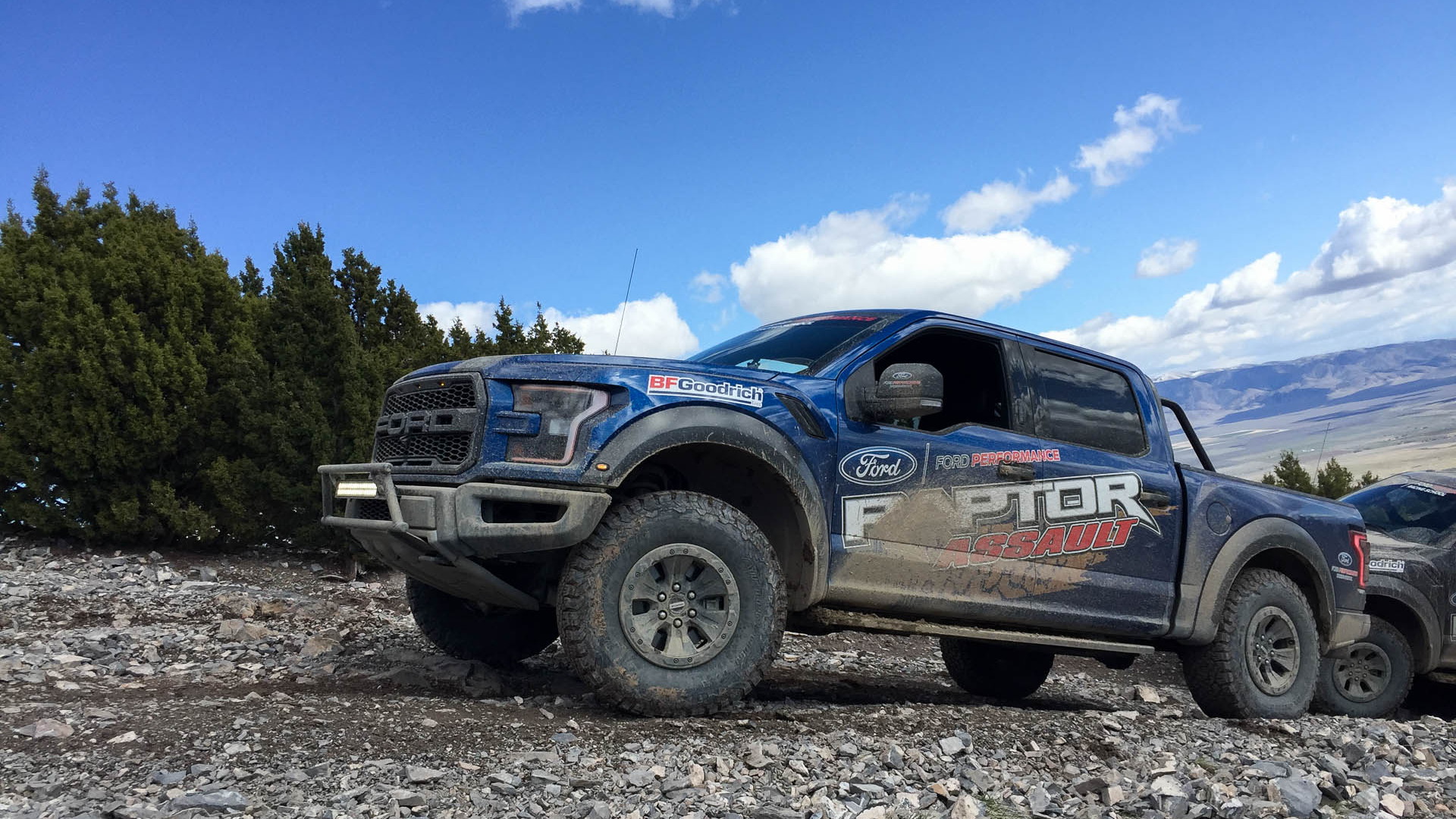 Most performance vehicle buyers don't use their vehicles as intended, or don't even know how.

For that very reason many automakers now offer their own schools to teach buyers to take advantage of the capabilities of their vehicles.

Then there's Ford Performance Racing School, and while it's similar to what many automakers offer, there's one vehicle that truly sets it apart: the F-150 Raptor.

It's a one-day "school" and it's vehicle specific. Buy a Fiesta ST or Focus ST and you get to attend the ST Octane Academy. Purchase a Mustang Shelby GT350 and you get a pass to the GT350 Track Attack. Focus RS? Adrenaline Academy. The Raptor nets you entry to the Raptor Assault school.

Each of these are one-day schools that include classroom sessions, track time, and meals, but the cost of your flight and hotel is on you.

While there are some slight differences from what the ST Octane Academy, GT350 Track Attack, and Adrenaline Academy offer compared to other automaker's programs—location, vehicle setup—the similarities far outweigh the differences.

With the Focus RS Adrenaline Academy, you will start the day with a classroom session, hop into a van for a tour of the track, and then head out for track time with some lead-follow laps along with instructor ride-alongs. You put it all together just before lunch with some hot laps.

After lunch, you return to the classroom for some more talk, then move to the track for vehicle dynamics exercises, ranging from a figure-eight and an autocross to a drift circle.

Sound familiar? There's nothing wrong with being similar to other automaker's performance driving schools, because this is vehicle-specific for the owner.

Once you leave the classroom, you get a quick truck walk-around to learn about the vehicle, then you really get to see what it can do and how it performs.

Onsite at the Utah Motorsports Campus, the driving starts with some hill climbing to get used to being at extreme angles, whether that's looking out of the windshield at nothing but blue sky as you climb straight up, or feeling like you're going to tip over as the truck crawls a wall sideways at a 30-degree tilt.

Next, it's time to head offsite to blast through some trails...quickly. This exercise features elevation change, twists, turns, fine dust, and some massive water puddles to blast through.

All of this is so you can experience the true capabilities of the Raptor in a safe, controlled environment with qualified instructors to monitor you. You'll be glad it's not actually your Raptor should the worst happen, and you'll be happy that you don't have to clean off all the dirt at the end of the day.

What it is and what it isn't

If this sounds like a lot more than you remember from your first trip to Ford Performance Racing School five years ago, you aren't wrong. The entire thing was started with the revival of the Boss 302 Mustang in 2013, and it proved to be so popular with customers, Ford expanded the program to its latest performance vehicles. The last-generation Raptor didn't have a place in all this as it went out of production in 2013, before much of this was off the ground.

"This isn't a competition racing class," Jim Owens, Ford Performance consumer marketing manager, told us. "It's not a classroom where you're learning to get your competition license. It's an experience to fuel your passion."

The new Raptor is truly one-of-a-kind, and so is its specific performance school. It's an experience like no other, but be sure to wear shoes that can get dirty.