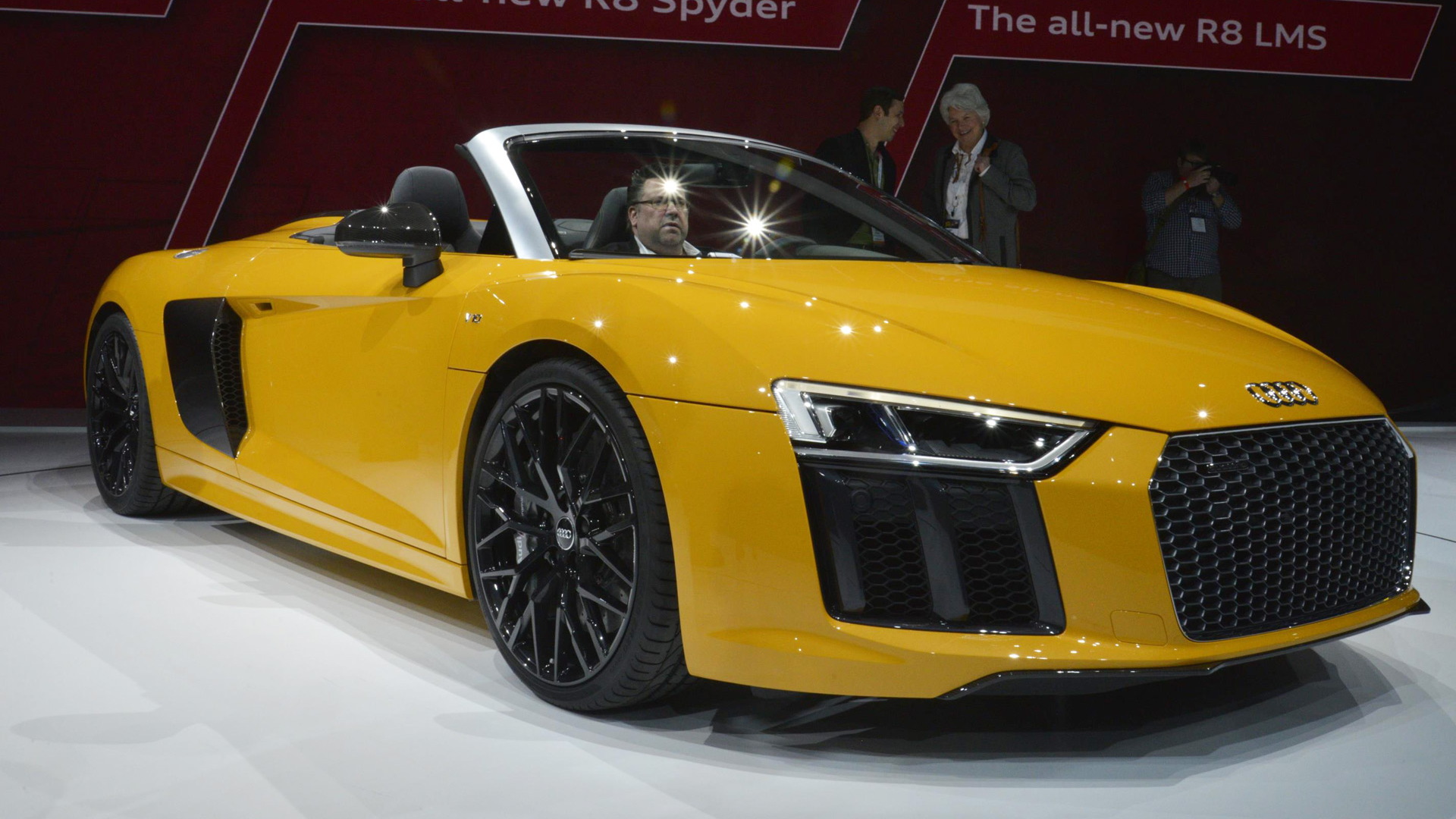 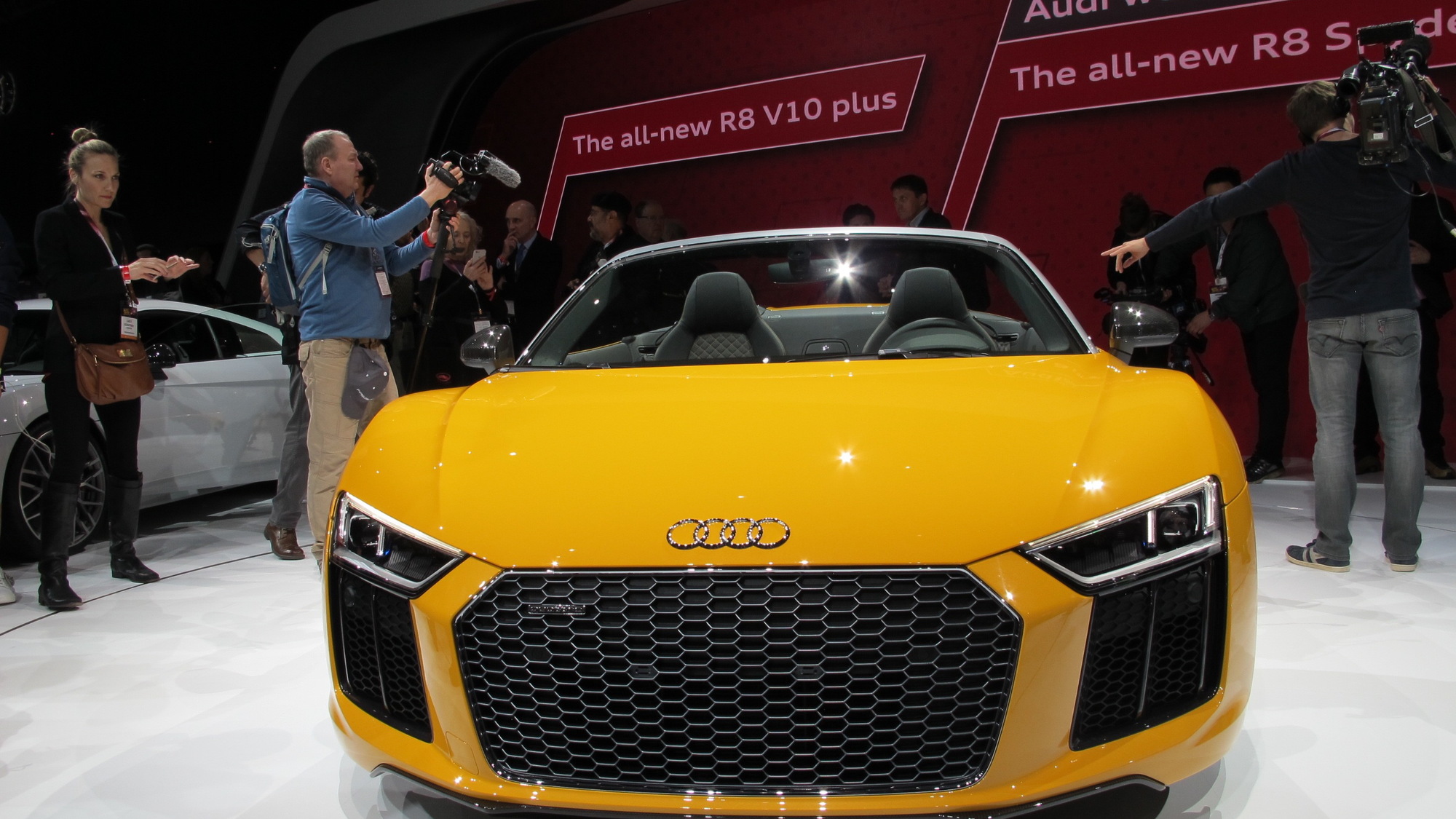 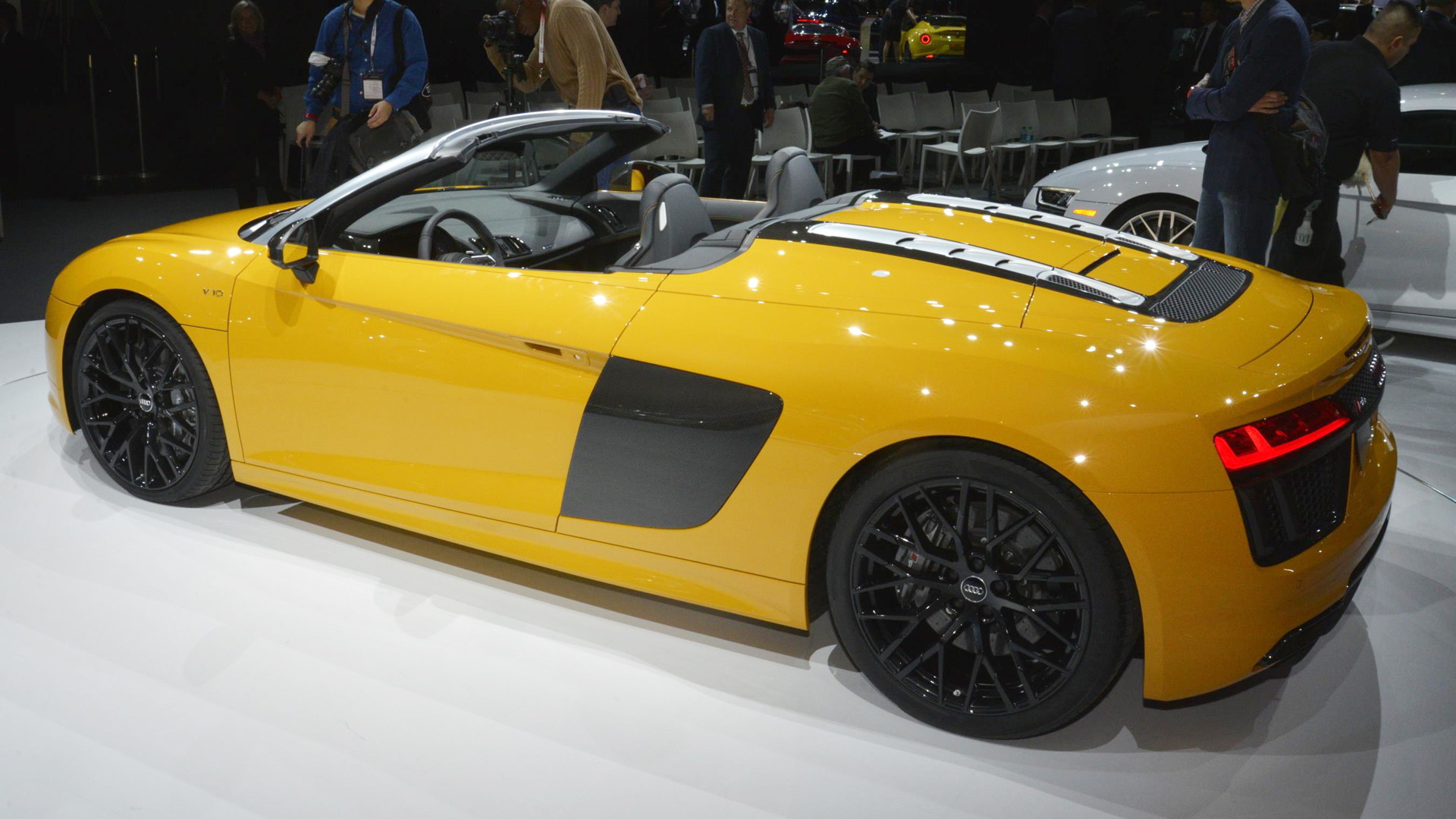 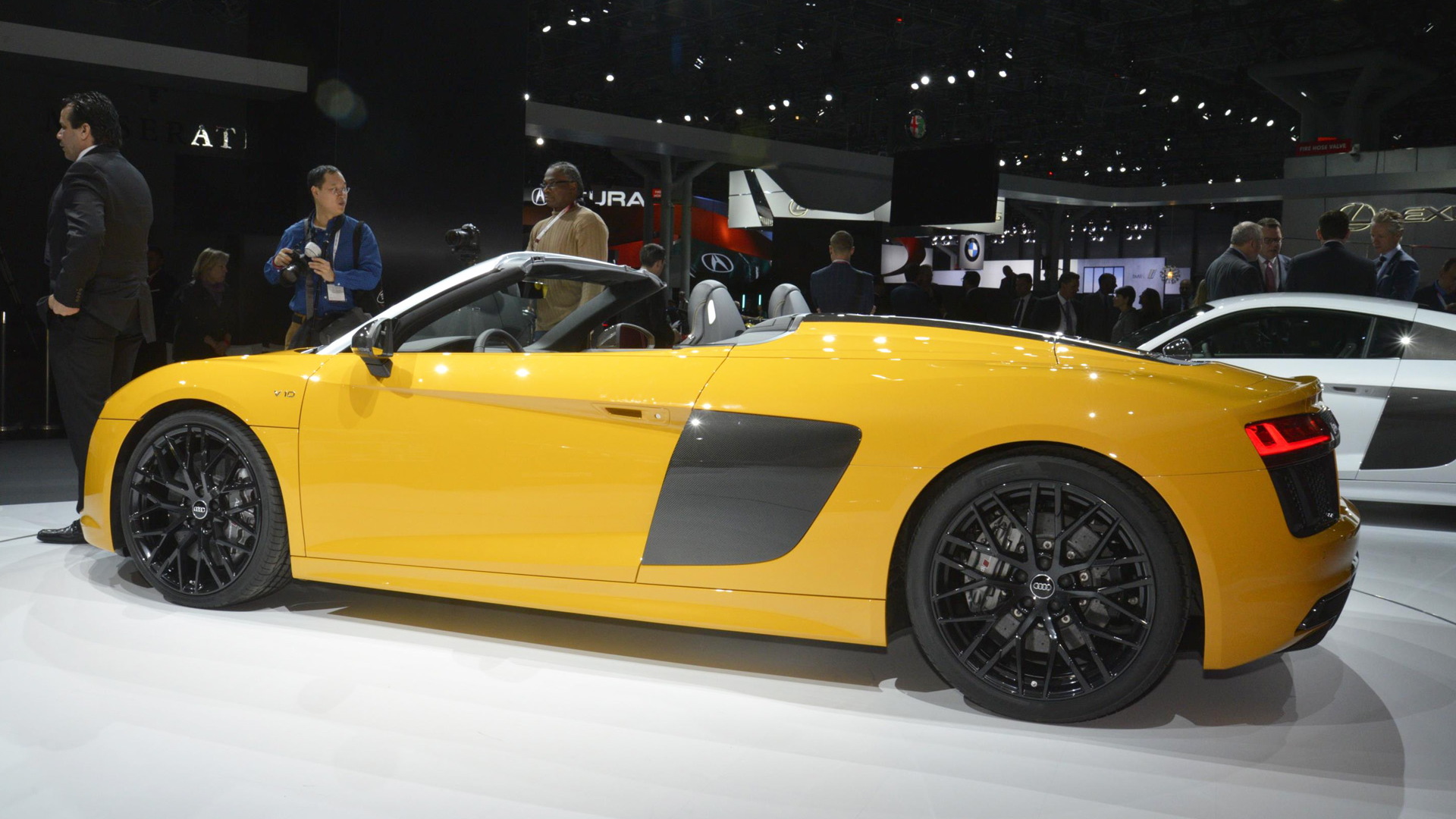 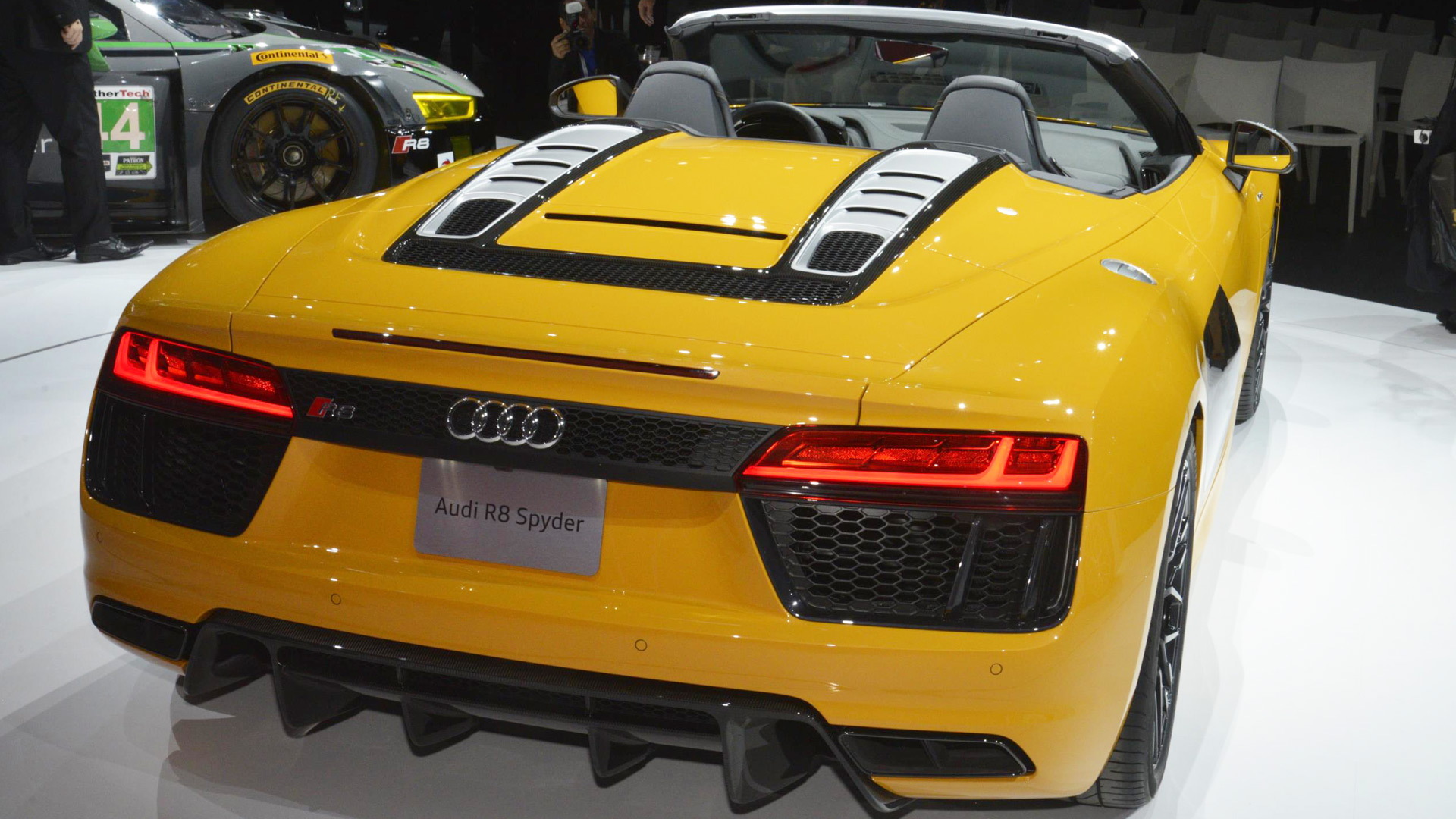 The 2017 Audi R8 Spyder, the topless version of Audi's second-generation supercar, made a surprise debut last year at the 2016 New York auto show, and now it's finally about to go on sale.

Priced from $176,350, including destination, the new R8 Spyder comes with the stout performance of the R8 coupe but with more wind-in-your-hair-and-loud-noises-behind-your-head fun.

Visually, the new R8 Spyder is a dead ringer for the coupe, with a singleframe grille up front, full LED headlights, and LED taillights with dynamic turn signals—which, if we are honest, are pretty sweet. Of course, there's no fixed roof and sitting atop the engine is a painted cover with metallic louvers and vents. It's a clean appearance, yet an evolutionary one.

Like the coupe, the specs are impressive, with a 0-60 mph time of just 3.5 seconds and top speed of 198 mph. This is all thanks to the same naturally aspirated V-10 engine as the coupe with 540 horsepower and 398 pound-feet of torque being sent to all four wheels via a 7-speed dual-clutch transmission. No mention of the coupe's 610-hp V10 Plus option has been made at this point.

Featuring a soft-top, the Spyder can open or close its roof in 20 seconds at speeds of up to 31 mph. Of course, we'd suggest planning ahead and doing it before the rain starts.

Inside, the cabin mimics what you'll find inside the coupe, which is to say stellar build quality and a driver-focused cockpit full of tech. The latest generation of Audi's MMI infotainment interface is here, along with the wonderful yet a bit distracting digital instrument cluster that turns the entire gauge cluster into a reconfigurable screen. A 13-speaker Bang & Olufsen sounds system and heated 18-way power sports seats are also standard.