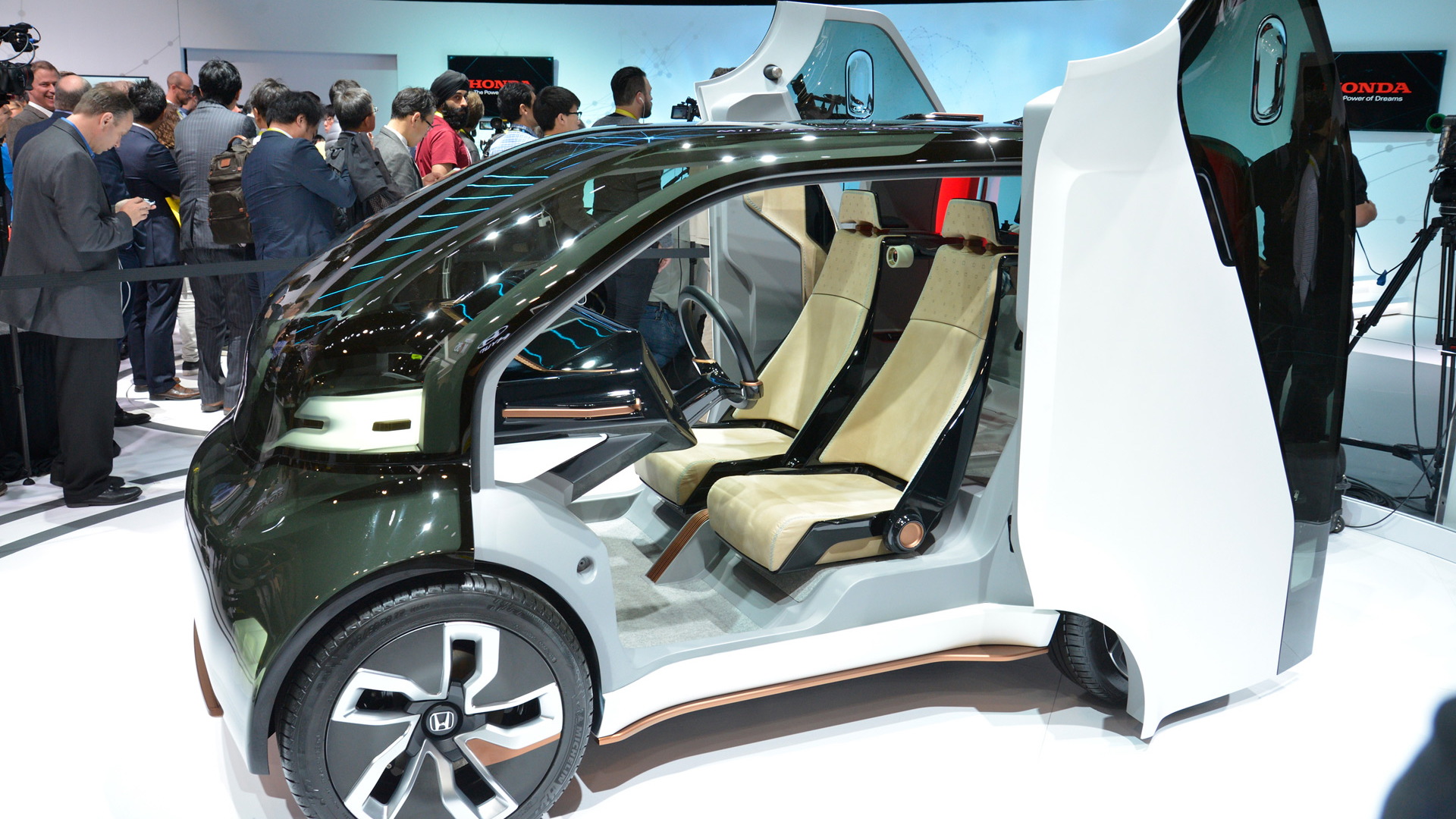 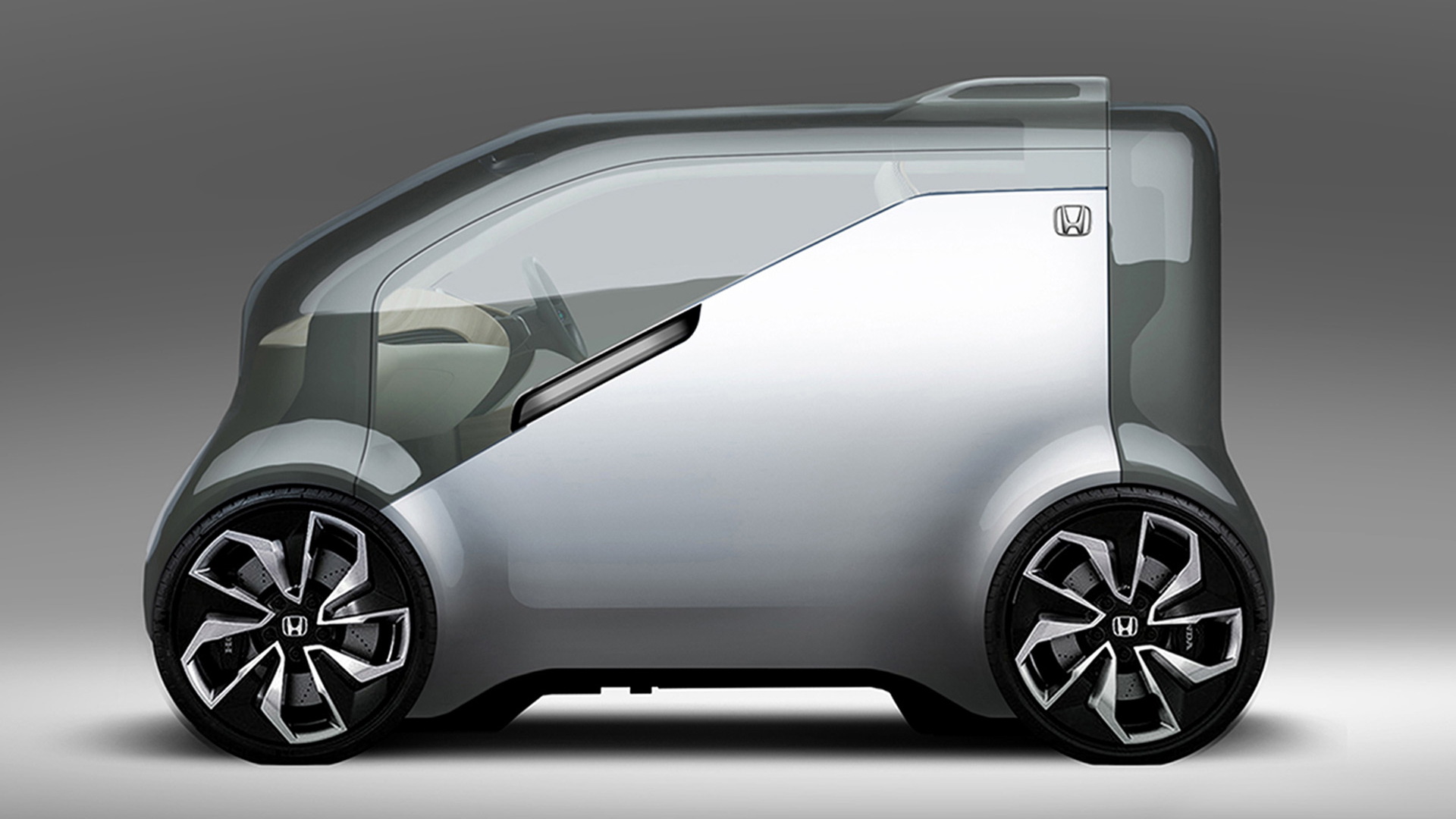 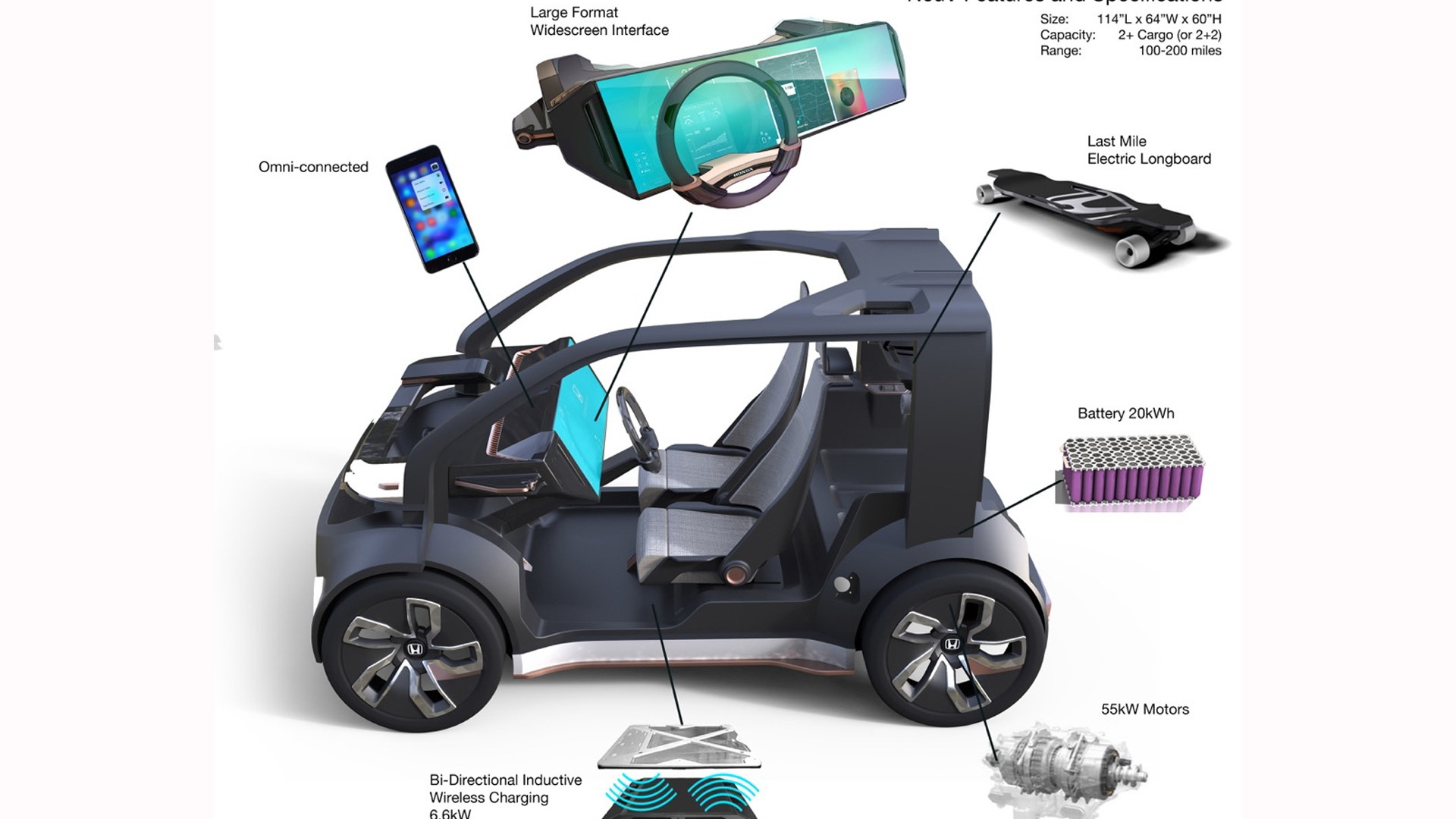 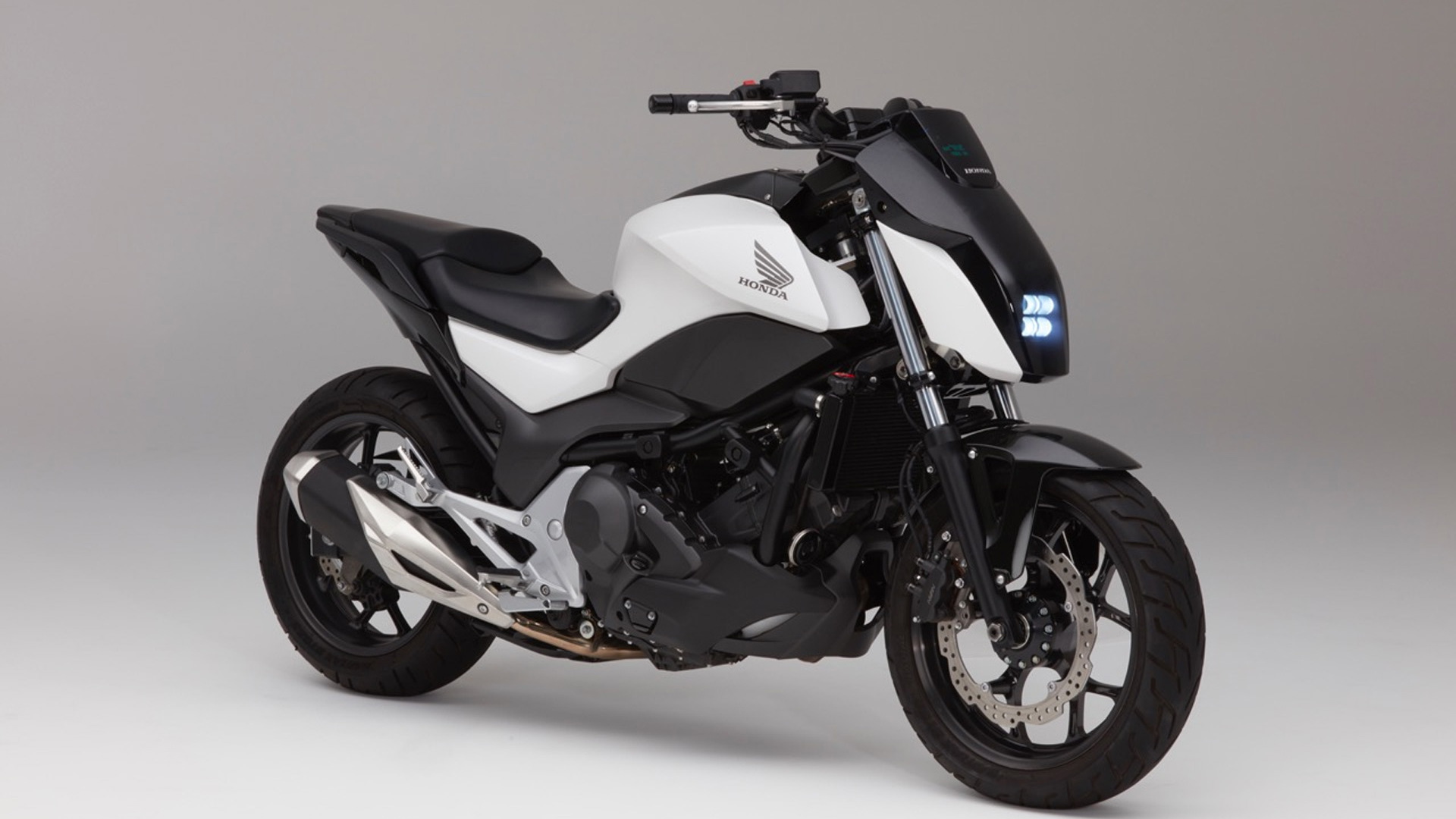 Honda’s theme of its 2017 Consumer Electronics Show presence is something it calls the Cooperative Mobility Ecosystem, where via artificial intelligence, robotics and big data the various aspects of one’s life are combined in order to foster safer, more productive use of time.

For example, Honda predicts a future where self-driving cars will communicate with each other and infrastructure to mitigate traffic congestion and eliminate traffic fatalities, while increasing the productivity of road users and delivering new types of in-vehicle entertainment experiences.

Honda, like a few other automakers, even predicts that cars of the future, via self-driving technology, will be able to run around town providing rides, generating income for their owners. According to the automaker, privately-owned vehicles typically sit idle 96 percent of the time, so there's a huge potential here.

This future was previewed at CES in the form of the NeuV concept, a self-driving two-seat commuter car for urban environments. Power comes from an electric drive system and there is also a new type of interface called the Emotion Engine. Honda says this interface uses artificial intelligence to enable new ways for people to interact with cars.

Joining the NeuV concept on Honda’s stand at CES is the Riding Assist concept. The motorcycle leverages Honda's robotics technology and features a self-balancing system that’s said to greatly reduce the possibility of falling over while the motorcycle is at rest or traveling at low speeds.

Rather than relying on gyroscopes, which can be heavy and alter the riding experience, Honda’s Riding Assist concept uses an innovative front fork that can change its pivot angle. The fork automatically adjusts from a standard geometry position to one more aggressively angled, like on a cruiser, as well as turning into the direction the bike is starting to lean to.