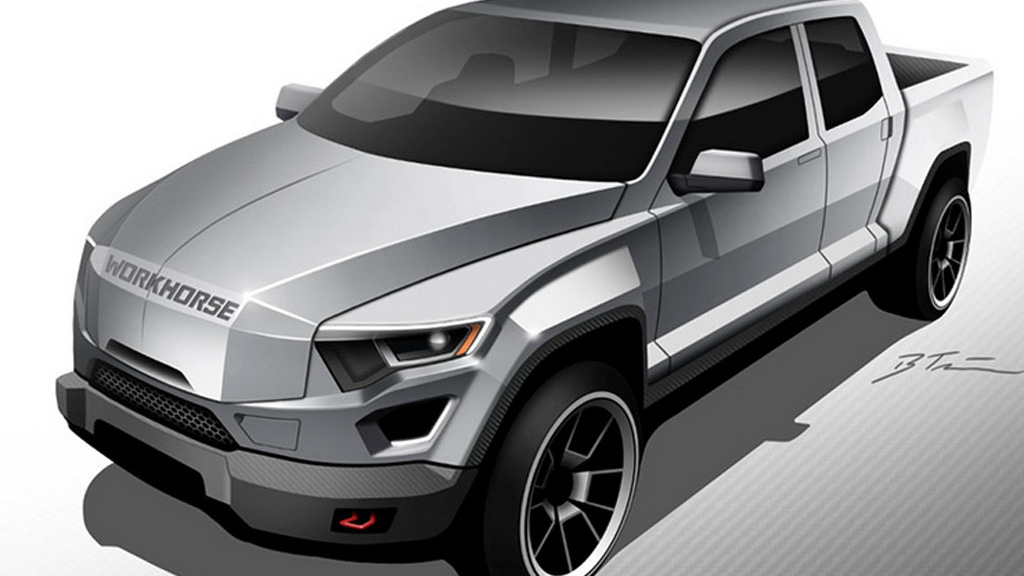 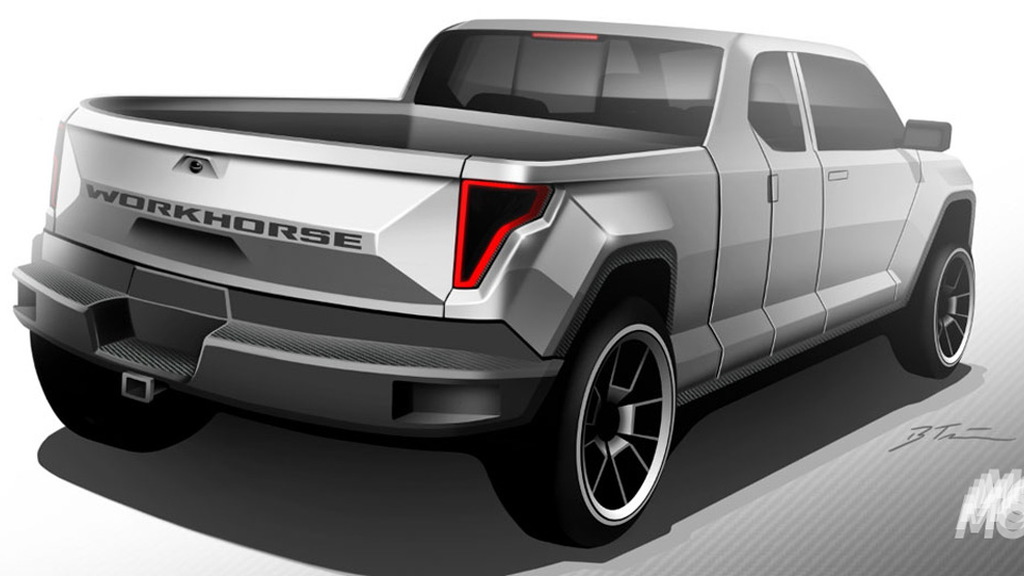 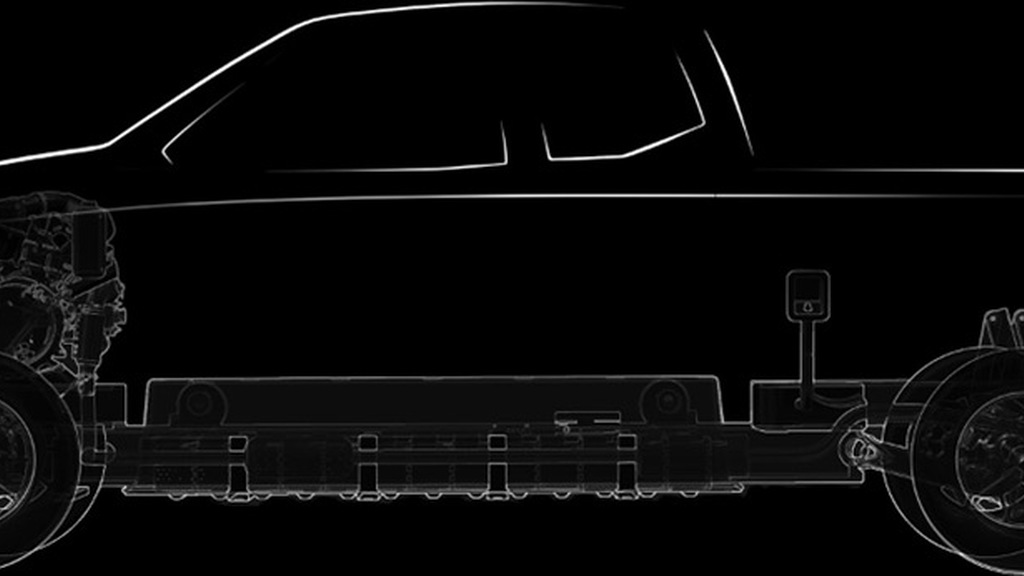 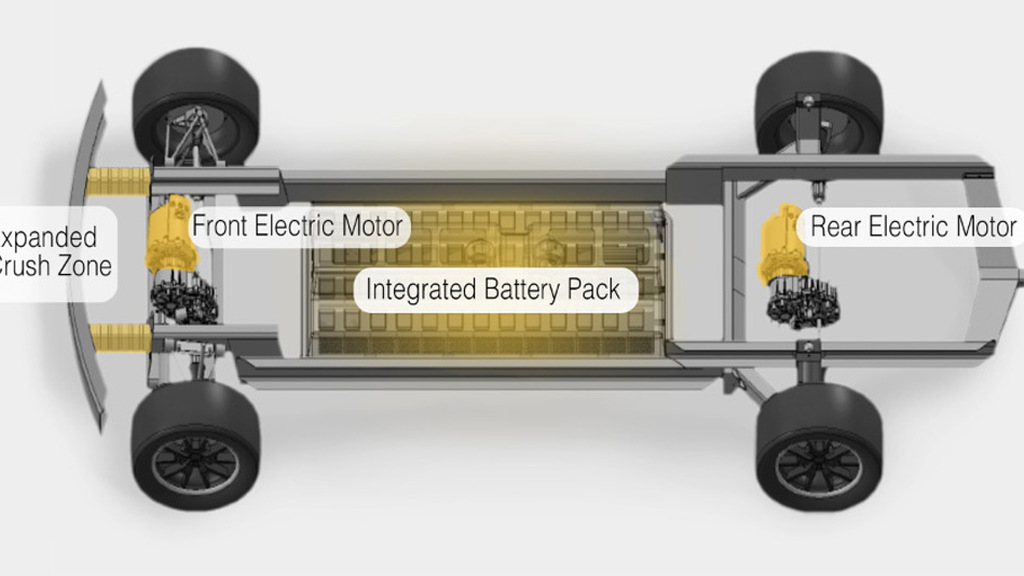 After being bought out by EV conversion experts AMP in 2013, Ohio-based step van manufacturer Workhorse started offering its customers extended-range electric drivetrains in its load luggers. Now, Workhorse is looking to expand into the lucrative light-duty pickup market and has previewed its first truck.

The truck is called the W-15, and Workhorse hopes to have it in production no later than 2018. The truck will feature an extended-range electric drivetrain consisting of an electric motor at each axle and a lithium-ion battery pack sitting in the center.

Workhorse promises a range of 80 miles on electric power alone and over 300 mi with a range-extender kicking in. No details on the range-extender have been revealed but Workhorse’s extended-range van uses the engine from a BMW i3 REx. The cargo capacity, meanwhile, will be 2,200 pounds.

The targeted price tag for the W-15 is less than $50,000, without incentives. That’s certainly a steep figure for a truck that isn’t actually a lifestyle product in disguise, but Workhorse states that its truck will bring users significant savings in fuel and maintenance costs. Workhorse says it’s already signed non-binding letters of interest with Duke Energy as well as the City of Orlando for the supply of its truck.

Unlike the Bob Lutz-backed Via Motors, which was one of the first companies to get into the electrified commercial vehicle business, Workhorse builds its own vehicles from scratch instead of converting trucks sourced from other manufacturers. (Via Motors sources vehicles from General Motors Company [NYSE:GM].)

“We believe this will be the first plug-in range-extended electric pickup truck built from the ground up by an OEM in America—it's not a conversion vehicle,” Workhorse CEO Steve Burns said in a statement. “We feel the extended range capability from the combination of Panasonic batteries and an onboard generator will deliver the performance that fleet managers expect from a work truck.”