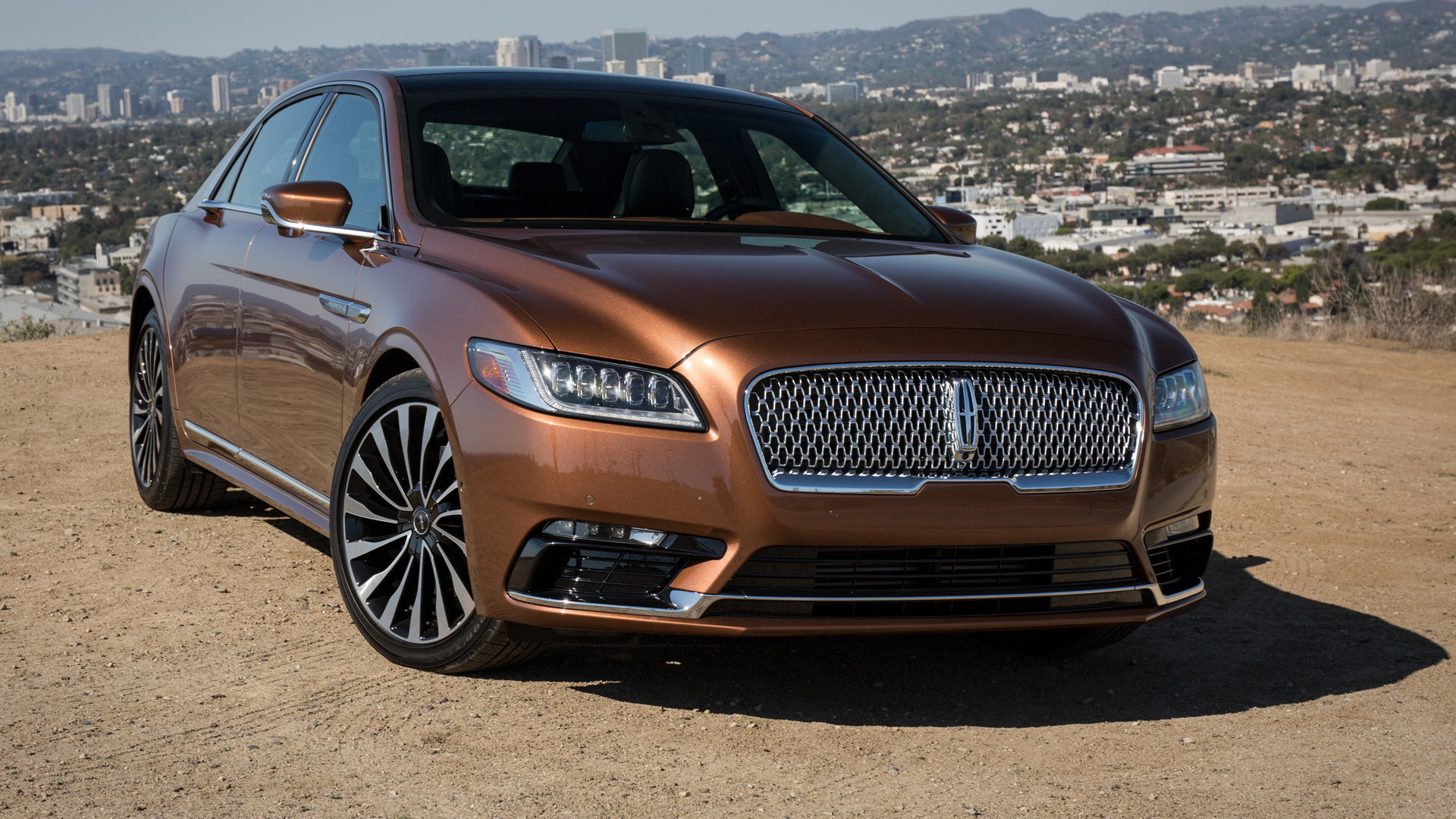 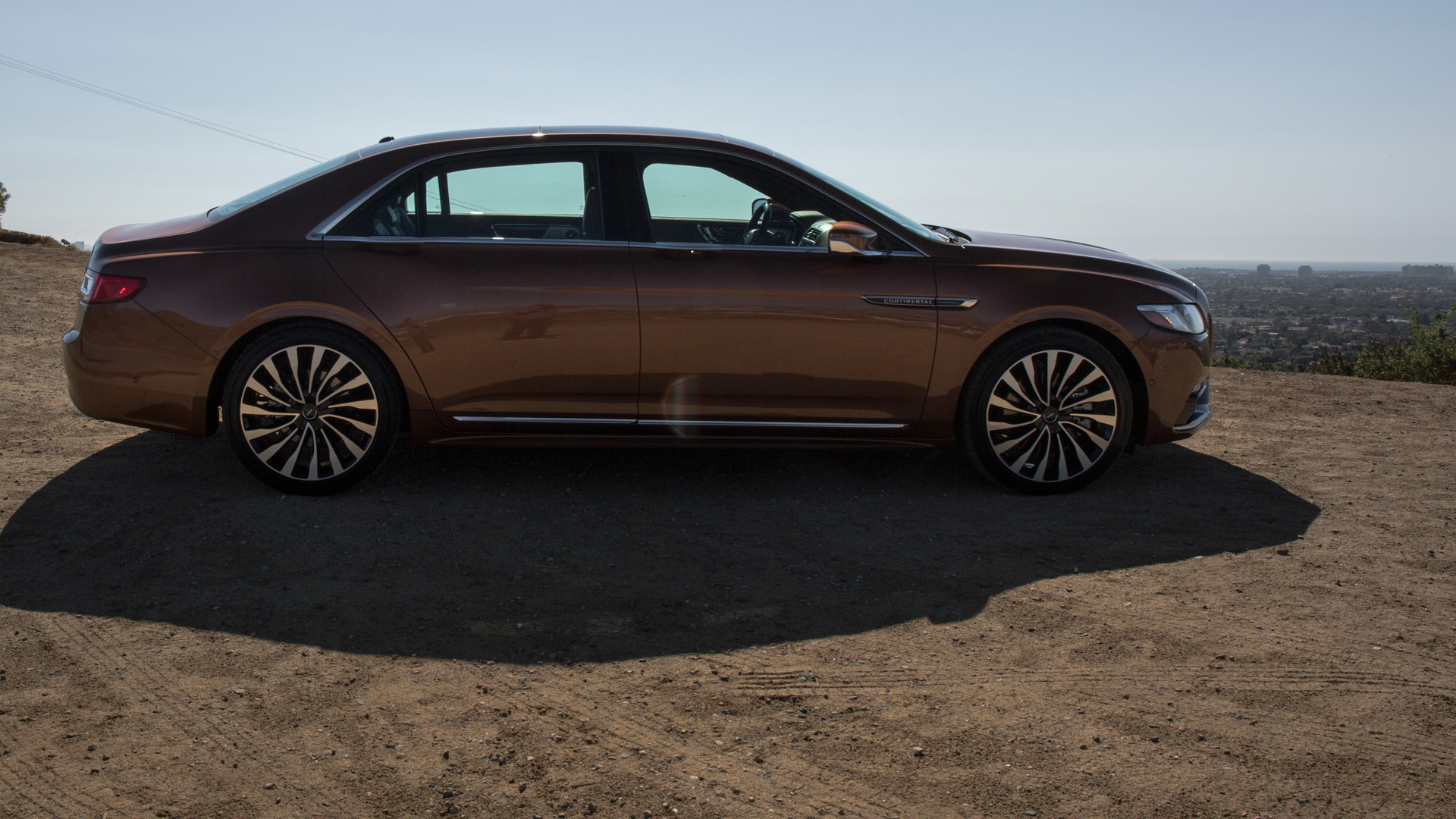 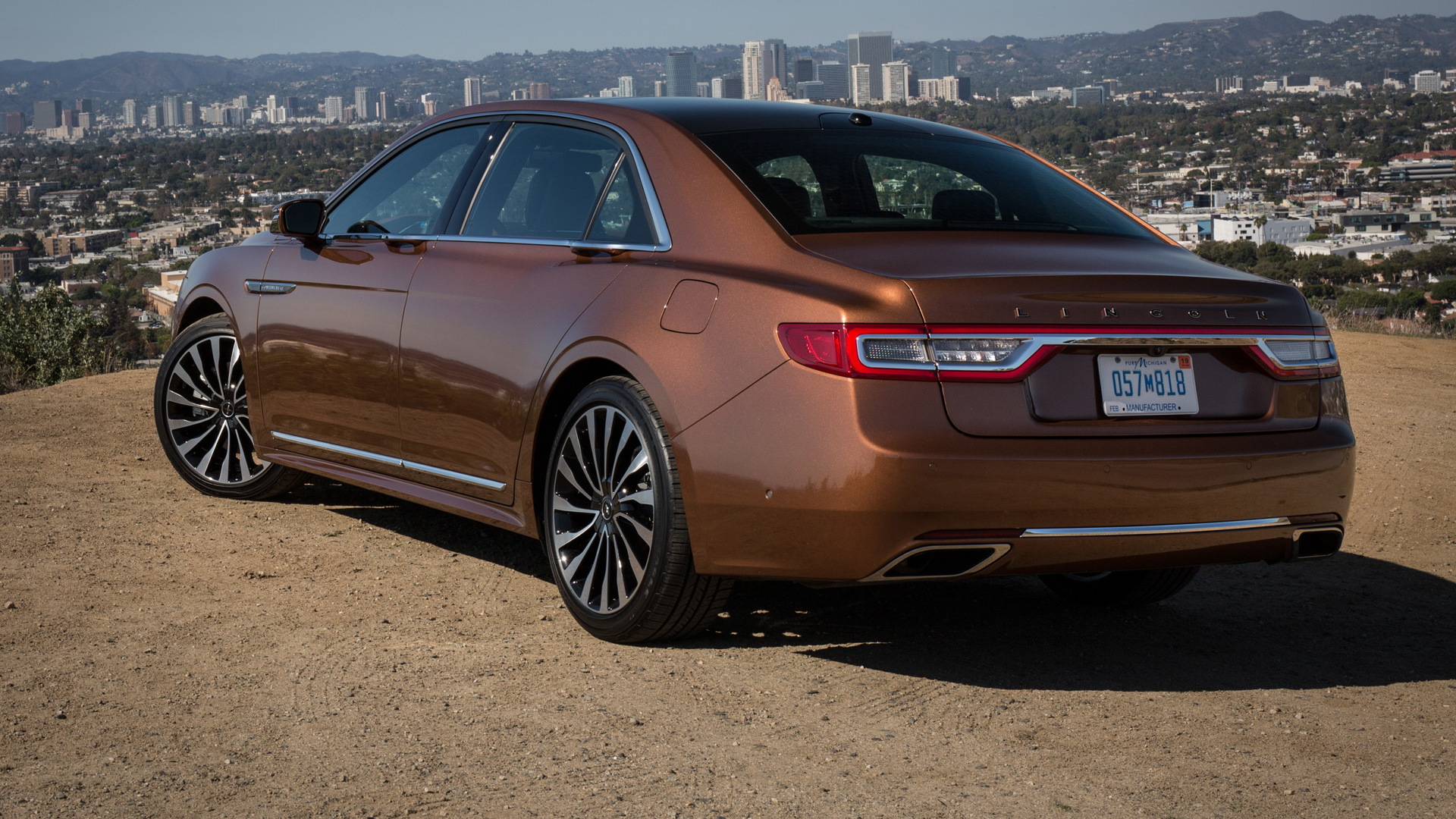 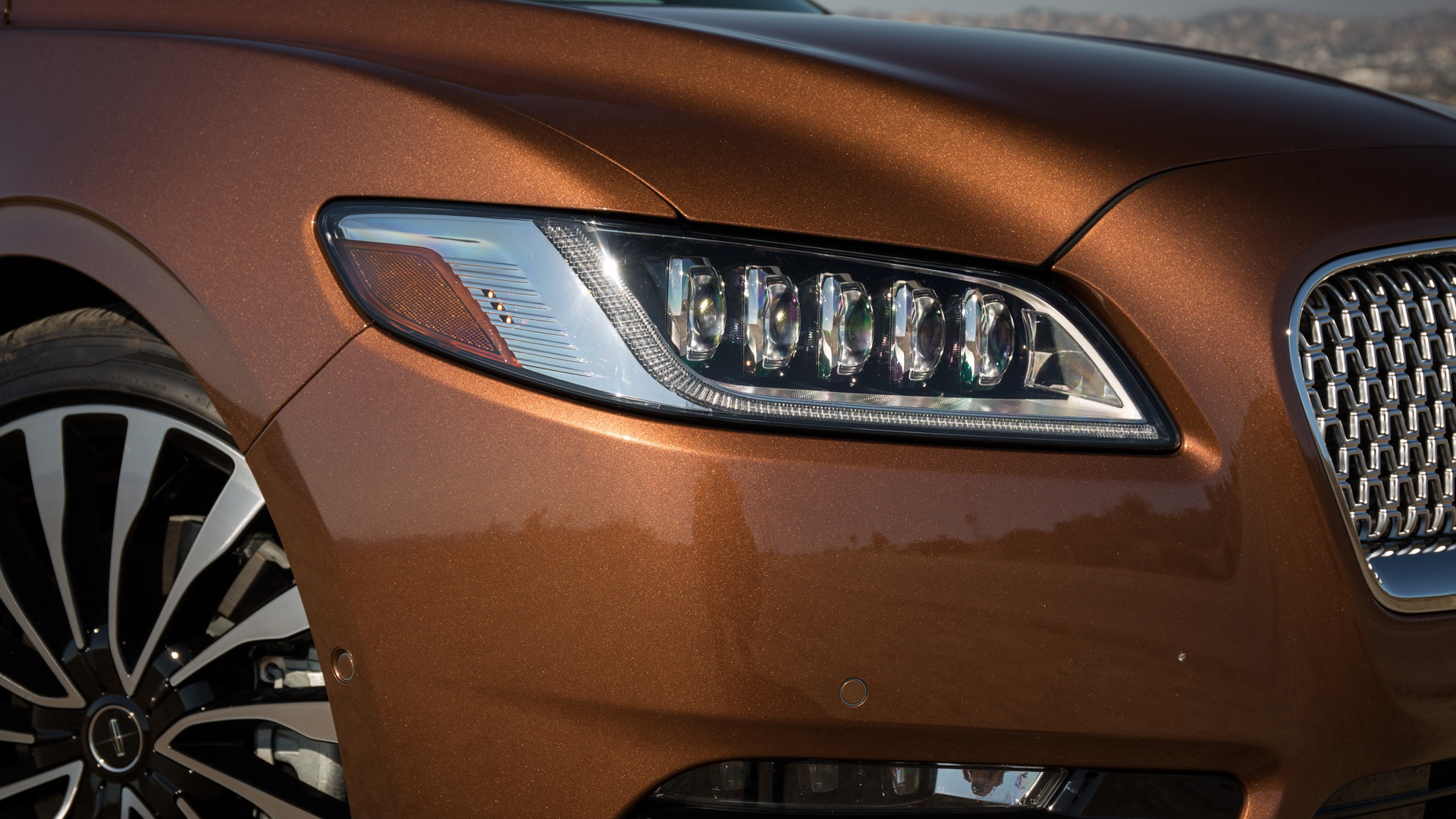 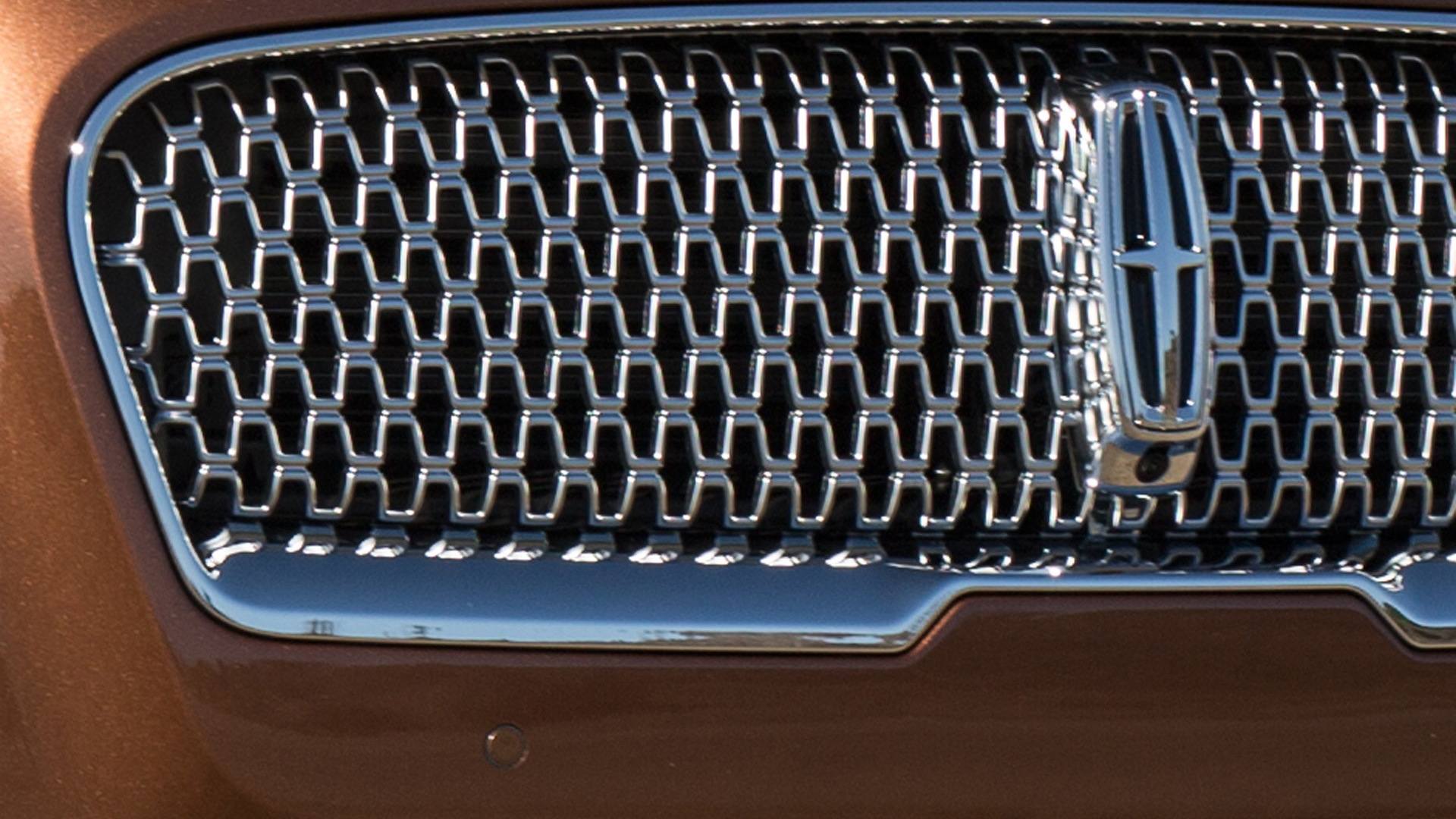 It must be tough to be Lincoln.

As the brand has learned, time and again, there is a difference between image and reputation. The most tired trope among those who care about cars is to anticipate the reemergence of the world-beating American luxury brand, which has moved quietly to the sidelines after Ford Motor Company [NYSE:F] shed its European luxury properties.

Enough is enough. All it takes to realize that the Lincoln brand portfolio is stronger than it’s been in decades is a look at its current model lineup, which includes a potent MKZ, robust MKC, and a Navigator that refuses to age.

With a booming luxury market in China, bolstered by a resurgent interest in luxury in the United States, it was about time for Lincoln to introduce a range-topping product. The Continental is the culmination of a brand-building exercise determined to break the cycle. This is a real attempt at a luxury product. Welcome back, Lincoln.

The introduction of the Continental allows a revanchist Lincoln to gain some ground in the large luxury sedan space. This sedan wears the historic Continental nameplate, but it doesn’t have Europe-beating aspirations. It’s big, but not too big, and it reestablishes the American luxury marque in a growing segment of premium sedans. Based on design alone, this Continental may not deserve a place among heritage Continentals on a concours lawn, but it’s stylish in its own right. The repeating-diamond grille first shown on the revised MKZ makes a lot of sense here, giving the Continental strong, front, visual impact, although it’s discordant with the narrow, sloping rear end. The sedan’s best angle is perhaps from the side, where its strong shoulder lines are on display.

Where the Continental’s exterior styling is subdued and restrained, its interior design approaches modern art, in a way that outshines competitors at any price point. (Seriously.) Material choices are top-rate, from the dashboard cover to the seat leather. A unique selling point for the Continental, compared to the majority of competitive luxury sedans, is an array of available interior colors and finishes enhanced by optional Black Label packages. The Continental launches with three interior themes—Rhapsody, Thoroughbred, and Chalet—that are above reproach in quality and imagination. Some details could use a rethink, like the arty typeface and black digital background for the gauge cluster, which is difficult to see during the day, even with the panoramic sunroof covered. We’ll withhold pronouncing judgment on the entire Continental line until we’ve had the chance to sit in the less lavish Premiere ($45,485) and Select ($48,440) models, but the overall sentiment in the plushest Continental is entirely positive.

Like so many objets d’art, the Continental’s interior is not ergonomically perfect. Many key interior controls take a couple of tries before they become intuitive. The push-button transmission, for one, can be confusing if you’re used to traditional shifters mounted on the floor or column. By that same token, opening the doors is an acquired motion, requiring a push of a button, not the pull of a handle. This won’t bother you much, after a few irritating moments, but they might confound the occasional passenger. A highlight of the interior is a set of optional, complex, 30-way adjustable seats, which are beautiful in shape but less successful in comfort and execution. Just because a seat offers the promise of infinite versatility, that doesn’t guarantee it’s a comfortable perch.

I spent the day cycling in and out of Continentals equipped with the top-of-the-line, 3.0-liter, 400-hp biturbo V-6, which is gratuitously powerful and exceptionally satisfying to use. Mash the throttle, and the Continental comes to life, making satisfying noises as it goes through its six forward gears. Optional all-wheel drive, which uses a system related to that on the Ford Focus RS, keeps torque balanced, and you’ll never want for passing ability, what with copious, instant power available on demand. Less satisfying is the Continental’s fuel economy, at 16 mpg city and 24 highway for the most powerful engine. The two lesser V-6 powerplants, a 3.7 and a turbocharged 2.7, are slightly more efficient. We’re more than familiar with these two engines, but did not have the opportunity to drive them at this launch event. A turbo four will launch for the Chinese market, and it’s unclear whether that engine will eventually make it to the U.S. market.

Despite the abundance of power, no matter which powertrain you select, the Continental is most at home on boulevards and freeways. Spend just a few minutes behind the wheel of the Continental, and your thoughts turn to finding time on the calendar for long drives. With the seat massage enabled and the volume up on the optional 19-speaker Revel Ultima stereo, the Continental is at peak relaxation chamber. Opt for the rear-seat package ($4,300) and two rear outboard passengers can also benefit from heat, cooling, massage, and an adjustable backrest. The ride is pillow-soft, regardless of drive mode settings, just the way Lincoln’s engineers wanted it. The Continental is a grand tourer par excellence, not a canyon carver, and that’s perfectly okay.

The most interesting part of driving the Continental is feeling consumed in the user experience, which is comparable to business class airplane travel, devoid of surprise pat downs and occasional turbulence. All that’s missing to complete the experience are personal video screens and vanity mirrors, as well as an adjustable seat cushion. Lincoln insists that the Continental will not be pushed into livery service in the United States (RIP, Town Car), but a button to slide the front passenger’s seat forward indicates otherwise.

Is this the height of luxury? For most people, it certainly is. That’s both the benefit and the penalty of the Continental: It so clearly hits targets set for refinement and comfort without exceeding expectation. Over a day of driving the Continental through the environs of Los Angeles, from ritzy Malibu to artsy Culver City, the overwhelming sentiment was low in individuality, and high in competence. Lincoln’s newest flagship feels engineered to deliver a premium experience without as much as a hint of personality. Like a colleague who can always deliver a stellar presentation, but leaves you cold in the way he does it, it’s difficult to fall in love with the Continental.

It’s difficult to imagine a more direct Continental competitor (on paper, anyway) than the Cadillac CT6, which exists to accomplish a similar task at a comparable price, but its ethos is performance-driven above all else. The elephant in the room is the superb Volvo S90, which offers real character, in addition to similar performance, build quality, a relaxing driving environment, significantly better fuel economy and class-leading, semi-autonomous driving capability. Like the Continental, the S90 is an outlier, intended to capture buyers who have tired of Lexus, Infiniti, Acura, and even the German luxury sedans.

For now, the Continental is an enormous step forward for the brand that seems to be stuck in endless cycles of stagnation, and a positive indicator of variants that might follow from the Continental. If Lincoln can put forth this kind of effort—and more—across its lineup, there’s hope yet that the brand can succeed.