Mazda today shared a teaser shot of the new CX-5 crossover SUV it will reveal at the Los Angeles auto show on November 16.

The shot shows a darkly lit silhouette of the next CX-5, which we've already spied in prototype form.

Mazda has shared very little, but says that the vehicle features the next evolution of its "Kodo, Soul of Motion" design language, as well as updated technology.

The CX-5 made its debut for the 2013 model year, so in Mazda tradition this new one should arrive as a 2018 model. 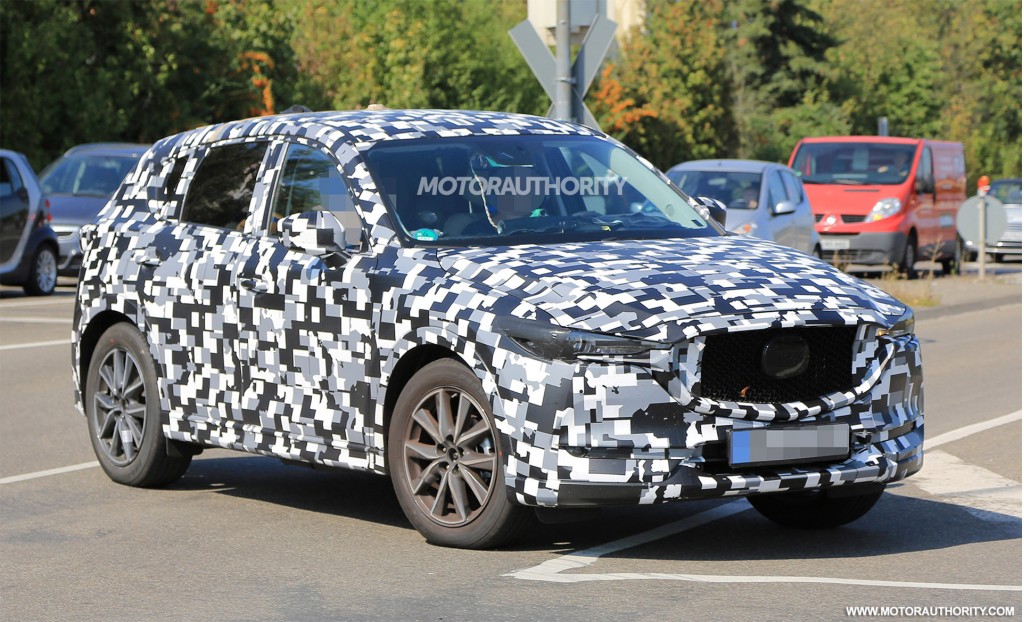 Also scheduled to be on display on the company's stand are a world premier of a Mazda Prototype race car, as well three engines: 2.0- and 2.5-liter naturally aspirated inline-4s and a turbocharged 2.5-liter inline-4. These engines may or may not be updated. So far, the 2.5 turbo has only shown up in the larger, three-row CX-9 crossover SUV, where it produces 250 horsepower and 310 pound-feet of torque. We're hoping this engine will also be used in the next CX-5, as well as in a potential Mazdaspeed 3, though with even more horsepower.

The current Cx-5 uses just the 2.0- and 2.5-liter naturally aspirated engines, which put out 155 and 184 horsepower, respectively.

What else will be new in the next CX-5? Just like you, we'll have to wait until November 16 to find out.