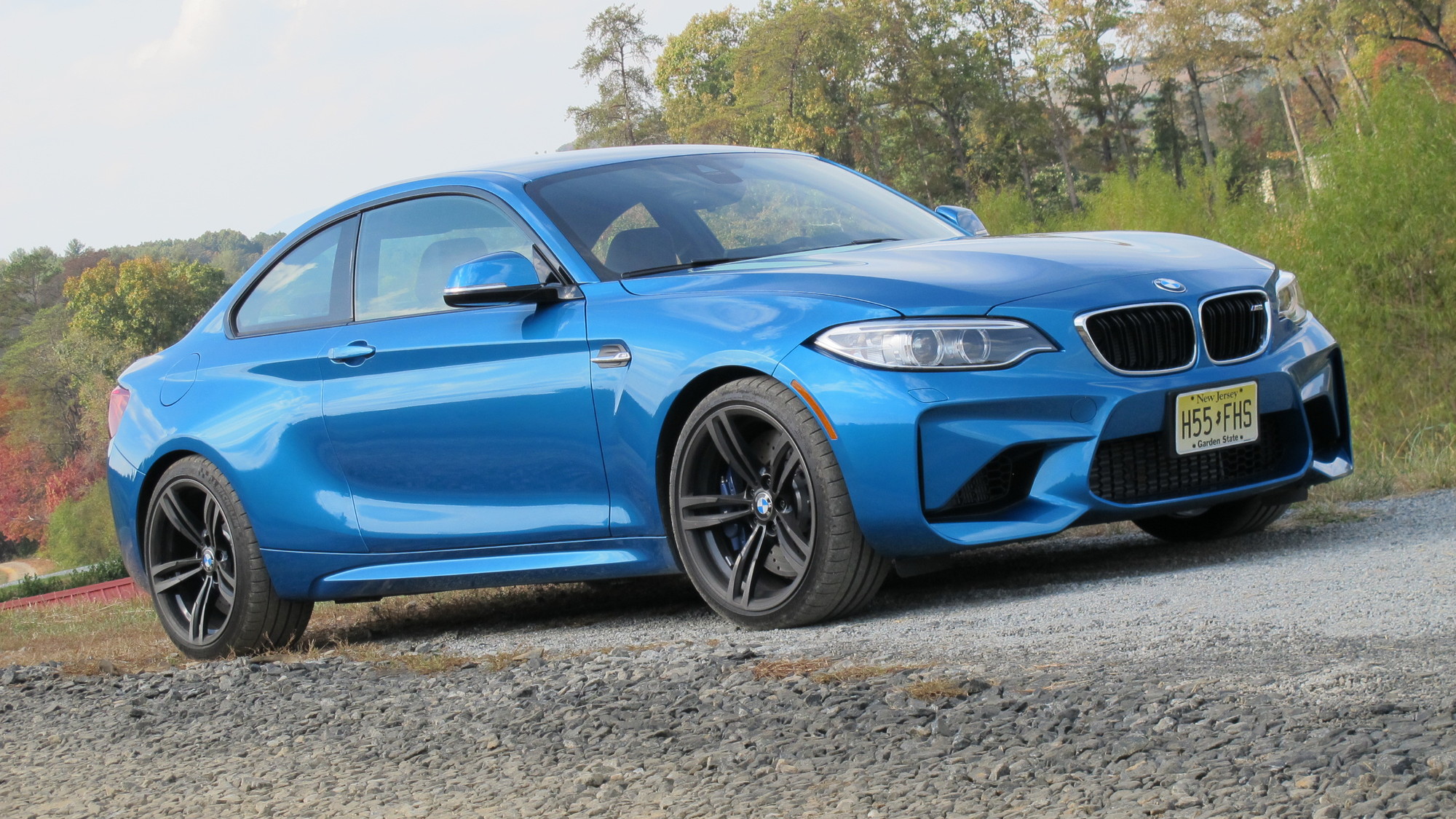 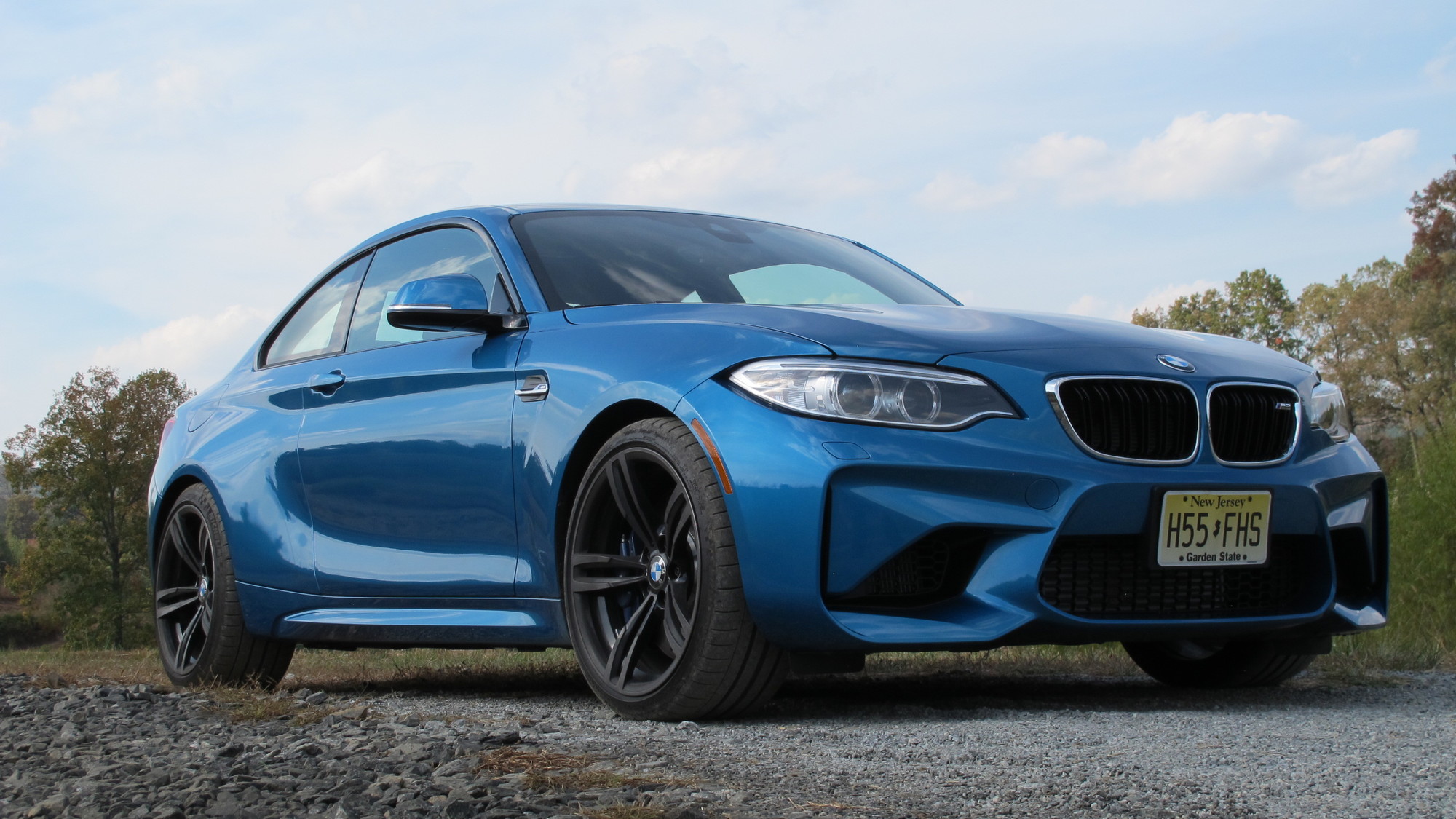 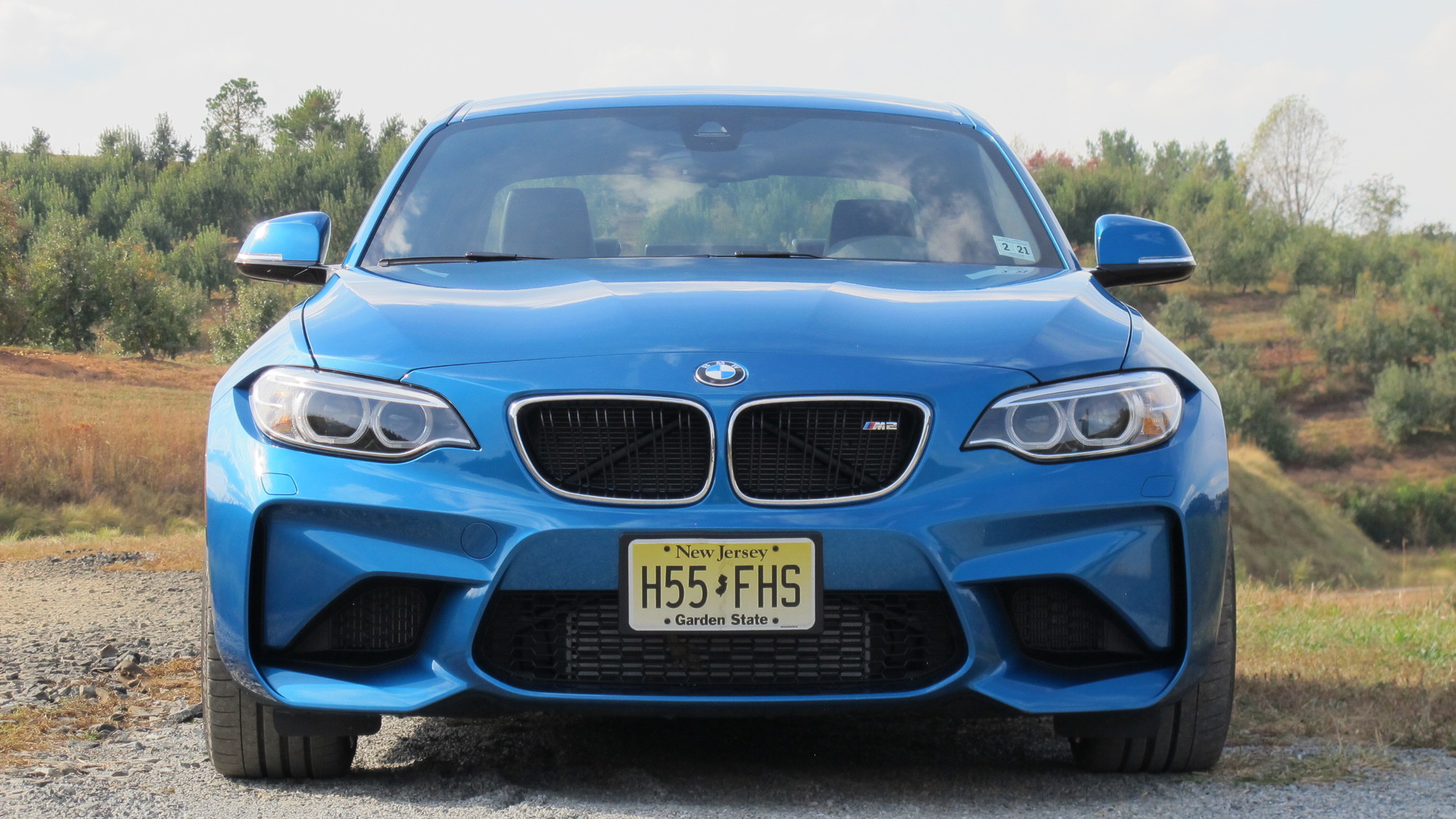 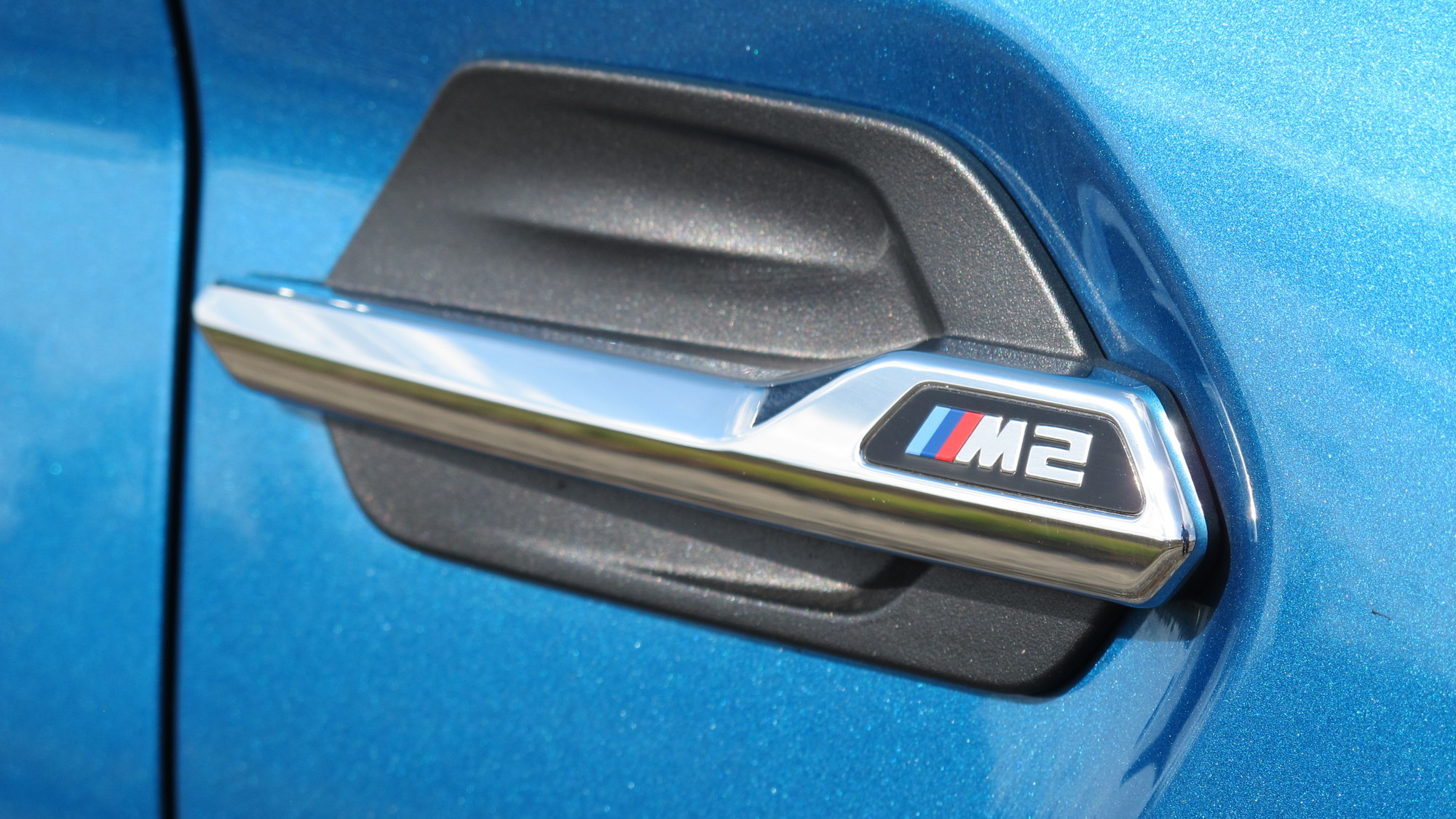 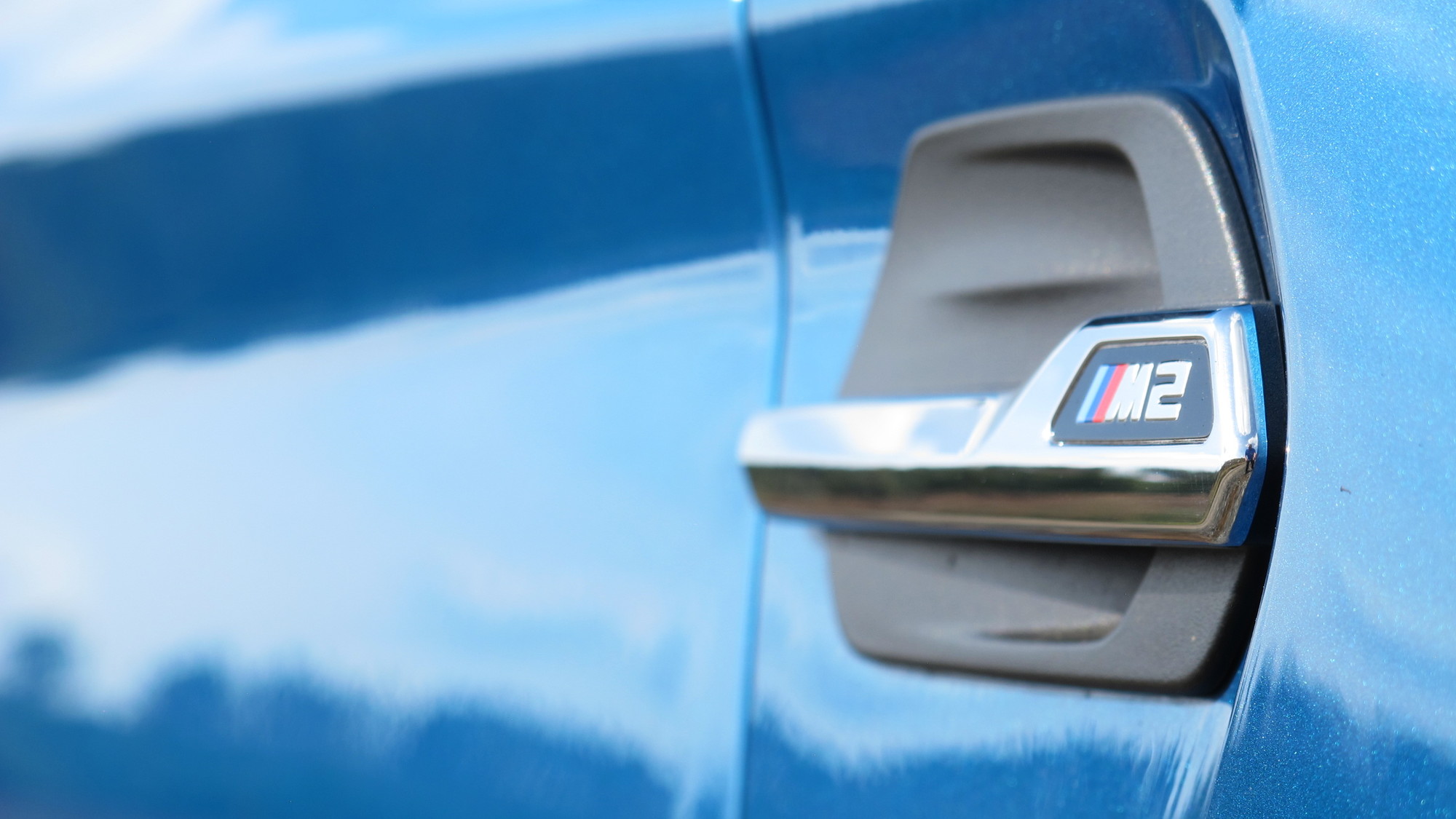 BMW built a fearsome reputation for speed with its M cars. But you're forgiven if the last generation of Ms left you a little wanting. They're high-performance demons--but they can feel brittle and digital.

There's one M car that captures the best of BMW and puts it all in a reasonably priced package. It’s the BMW M2 and today we're taking you along for a video road test.

The M2 is a 2-Series spin-off, and it's a performance car engineered to a price point. To keep it affordable, BMW's canned some of the usual M add-ons like carbon-fiber trim and composite roofs.

It's not the best-looking BMW by any stretch, but beefed up as it is here, the M2 looks the part. The front end has bigger intakes for better breathing, the fenders swell out to house big wheels and tires, a rear spoiler turns air into downforce. Inside, the cockpit's standard 2-Series fare, with some M touches: the steering wheel, blue stitching, and sport buckets with plenty of support.

BMW blows all its performance budget with the M2's running gear. A twin-scroll-turbo 3.0-liter inline-6 spins out 365 hp and makes its peak torque of 343 pound-feet at just 1,400 rpm (all the way up to 5,560 rpm). An overboost function pumps up torque to 369 pound-feet in brief spurts.

Power goes to the rear through either a 7-speed dual-clutch or a 6-speed manual. A torque-vectoring differential across the rear wheels helps transfer power to sticky 19-inch Michelin Pilot Super Sport treads, and big cast-iron brakes haul it down from triple-digit speeds.

That’s all the hardware, but how does it all come together? You see the big smile on my face, right?

On the road or on the track, the M2 just gets it. It's agile, fluid, predictable, and it has tons of grip. The suspension is livable as a daily driver, absolutely locked down on a racetrack or twisty road. BMW does it without fancy adjustable dampers--it's just well-tuned MacPherson struts.

The engine happily pulls hard toward its 7,000-rpm redline. It's throaty and rich-sounding--and it should be, since BMW pipes in some extra intake noise.

The dual-clutch is probably faster around a track, and at 4.2 seconds, it’s two tenths quicker in the 0 to 60 mph sprint. We prefer to row our own, especially when the manual has buttery shifts and easy clutch action like this one.

WATCH: Here are five things you should never do in a new vehicle

You can amp up its sensitivity with this  drive mode selector. Comfort, Sport and Sport Plus modes tweak the throttle, steering, and stability control for more eager responses. None of it gets in the way of the clean and clear messages the M2 sends from the road below.

Complaints? We have a few minor ones. The steering feels heavy and doesn't drown in feedback. The cabin booms with engine noise on freeway slogs. Some classic M gauges have been stripped down or out of the M2's clusters.

Don't let those bother you. We didn't. The M2 is as back to basics as BMW gets these days. It's a happy reminder that when BMW gets it right, it knocks it out of the park.