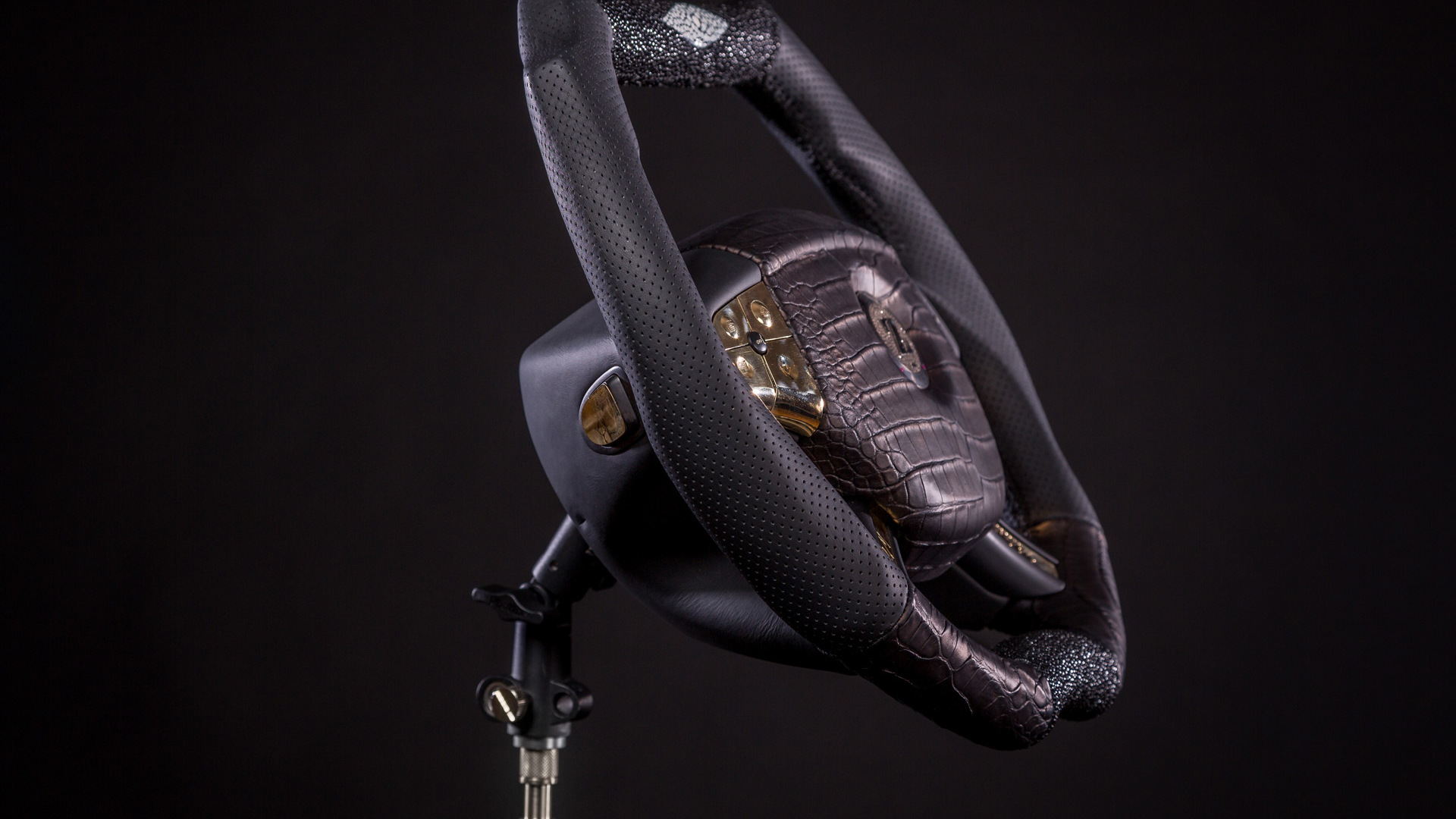 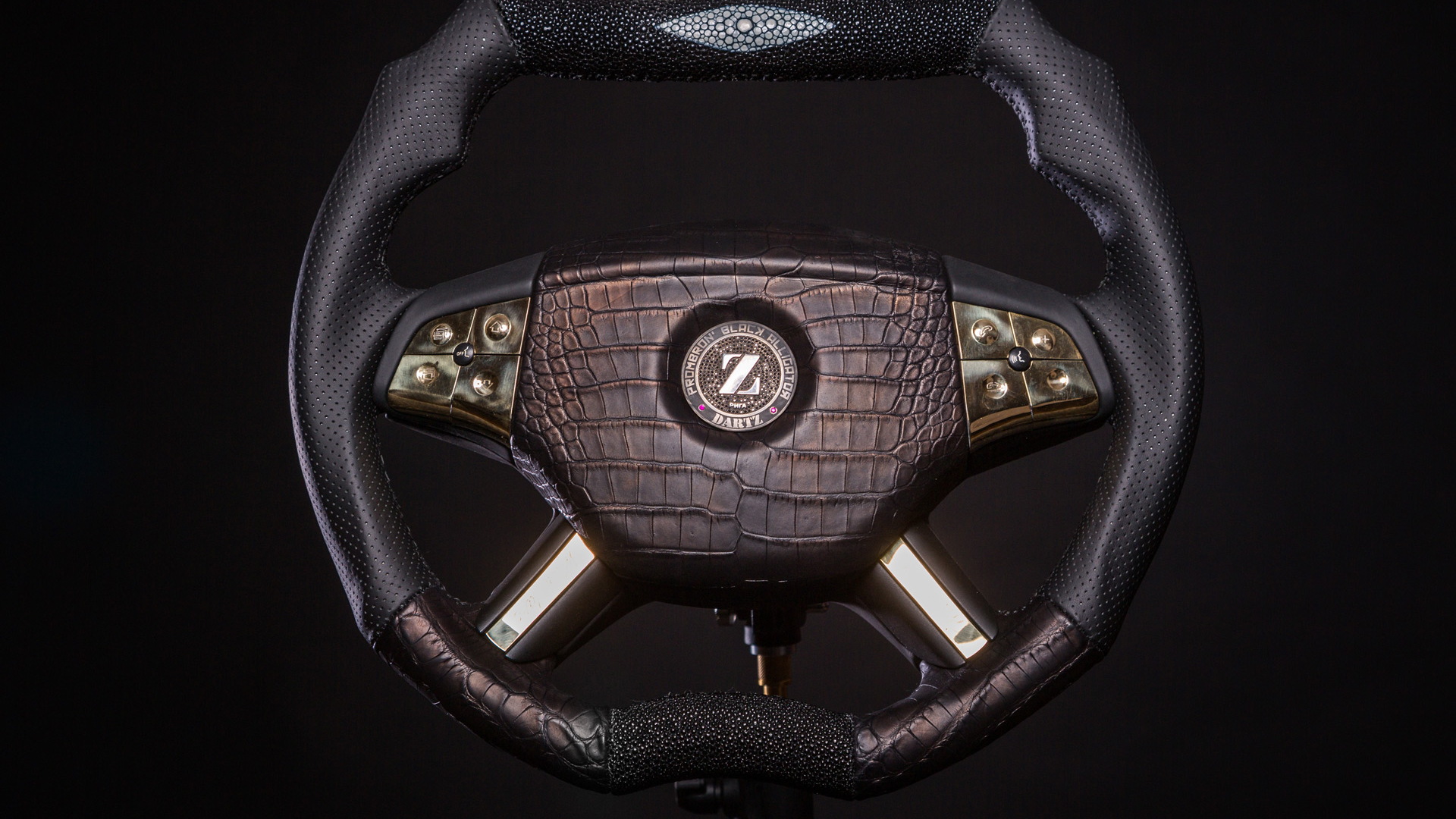 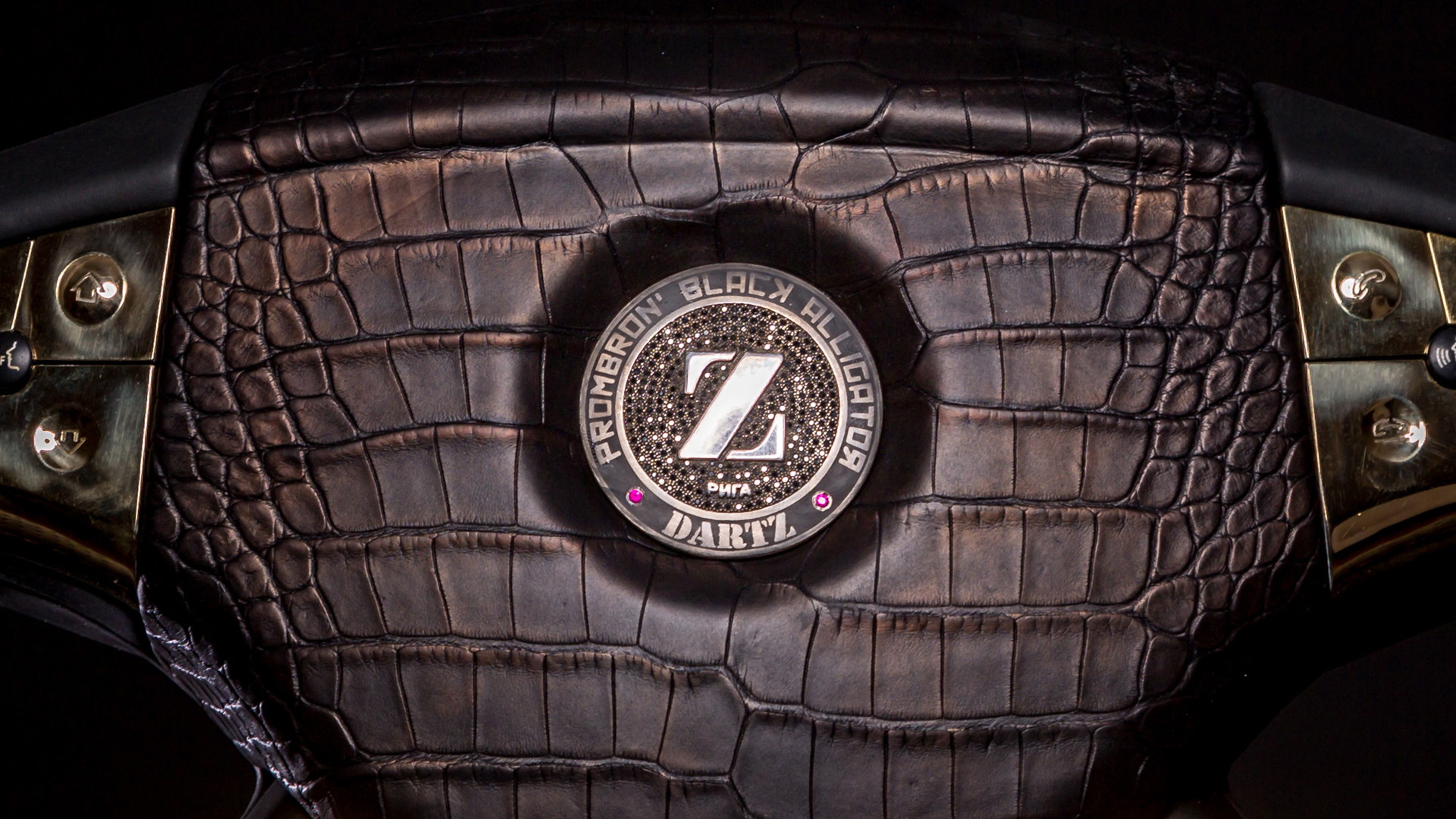 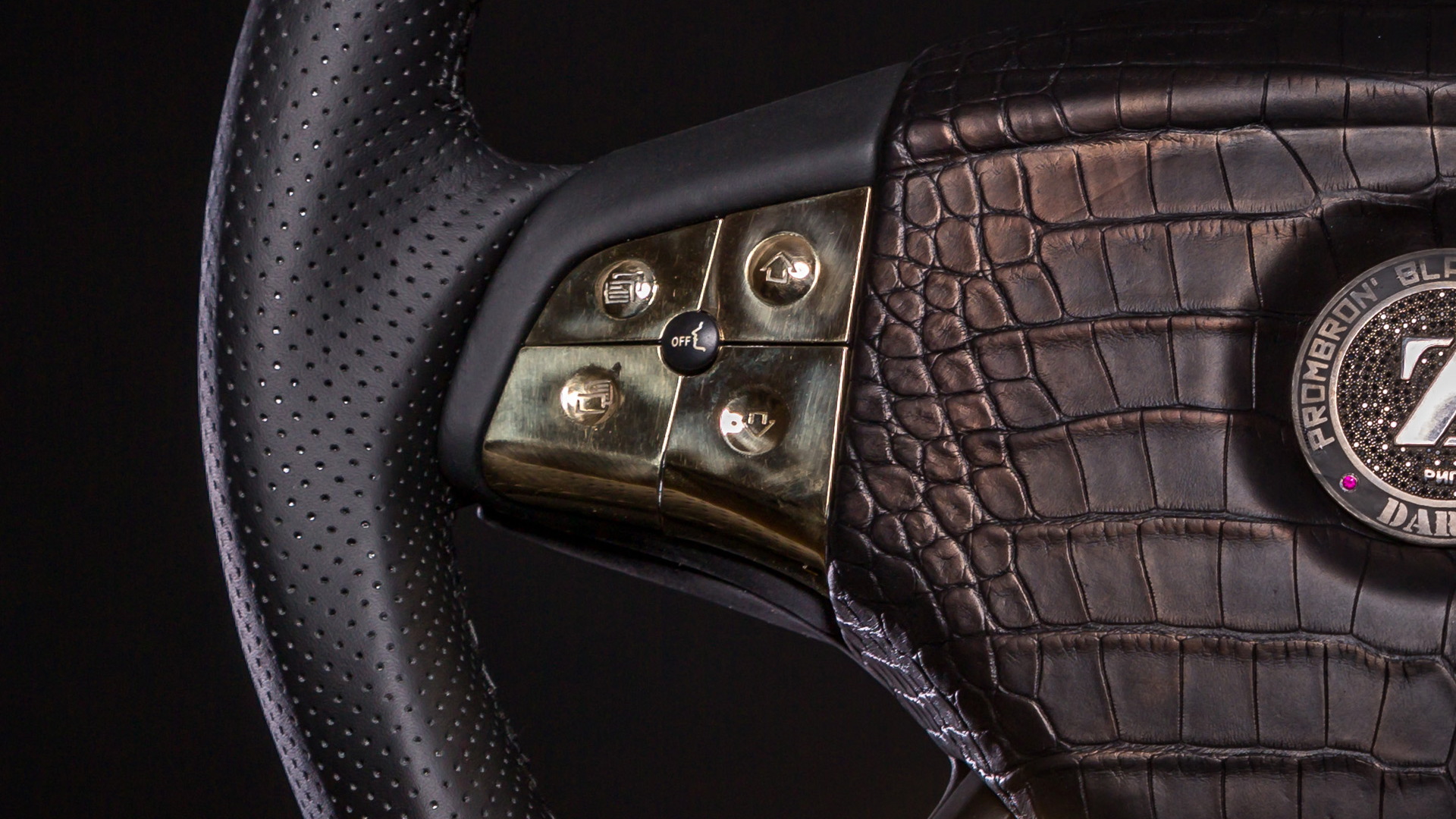 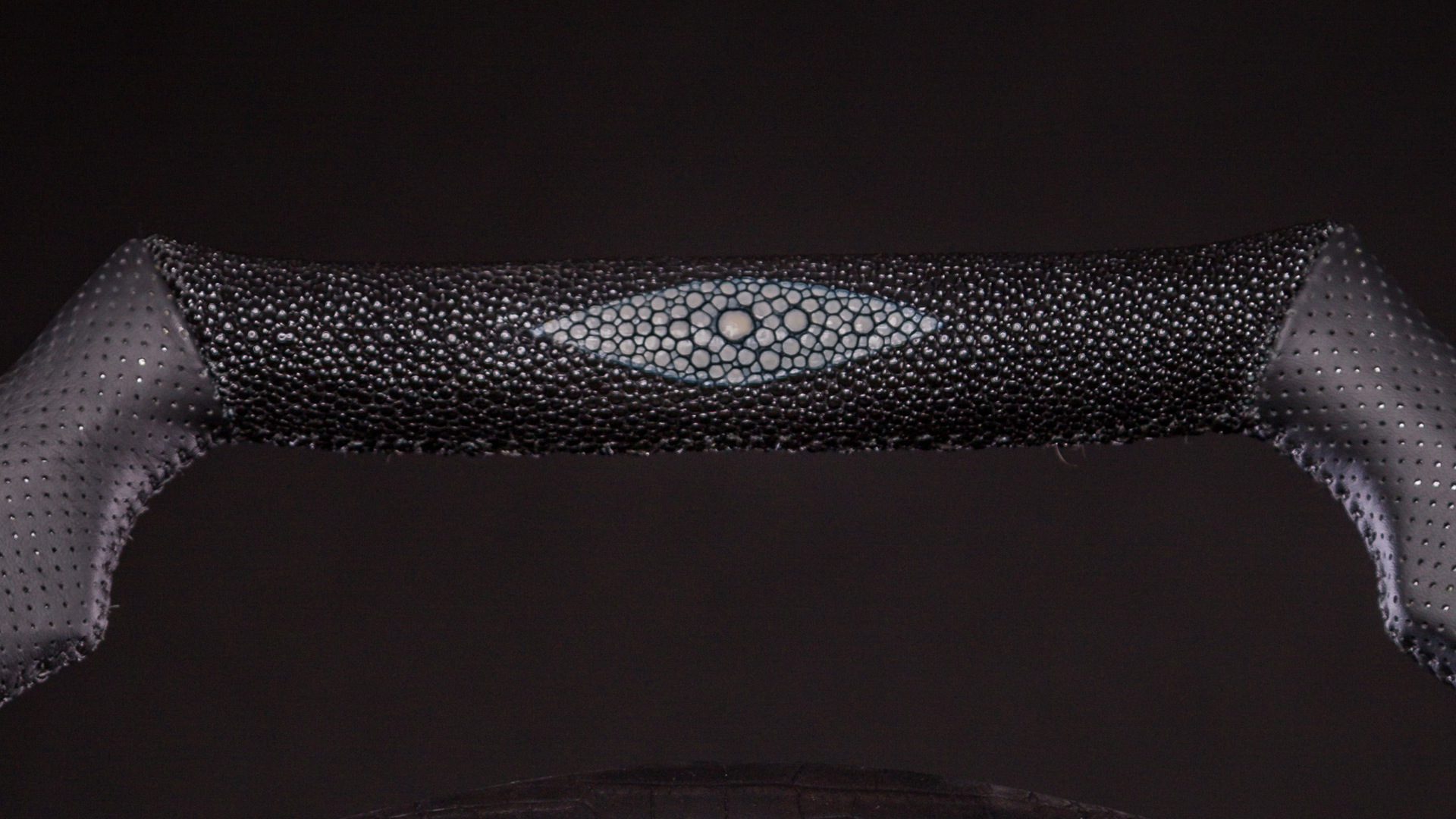 The crazy folks at Dartz never fail to impress shock us with the insane levels of opulence they consistently come up with.

The company made headlines in 2009 when it unveiled an SUV that offered—wait for it—whale penis leather for the seats.

That was probably more of a publicity stunt because, as far as we’re aware, there’s no one out there actually driving around while being cossetted by a whale’s appendage. Nevertheless, the company has some interesting options in its catalog.

For instance, Dartz has just  unveiled what is likely to be the world’s most expensive steering wheel. It will be fitted to a shortened version of Dartz’s upcoming Prombron Black Shark SUV, to be called the Prombron Black Alligator. The “Alligator” in the name refers to the animal that provided the hides for much of the interior of the vehicle. We’re told there are sections lined in stingray skin, too. The latter provides the caviar-like finish on the steering wheel grips.

What else does the world’s most expensive steering wheel boast? According to Dartz, it’s been fitted with no less than 292 black diamonds, a pair of rubies and buttons made of gold. There’s also a big “Z” in the center that’s made from pure white gold.

Work on the Black Alligator and larger Black Shark is ongoing. The SUVs are based on the Mercedes-AMG GLS63 but feature more grunt (up to 1,500 horsepower if desired) and clearly more luxury. If you’re wondering how much one of the SUVs will cost, Dartz says to pick a number and add six zeroes on the end.

Up to 10 examples of the Black Shark will be built, and at the moment just one Black Alligator is planned, believed to be destined to a customer in India. The vehicles will also come with unique accessories. One of these is a key holder that Dartz has modeled after a pressurized capsule that held the black box for the Soyuz spacecraft. The company calls it a modern day Fabergé egg.

There are also a few fashion items Dartz has developed at its own accessories department, appropriately named the Department of Opulence. And you don’t have to own one of Dartz’s vehicles to order these. For example, you can order the key holder with caviar instead of a set of keys.