This may be our best look yet at the high-performance M5 model joining the rest of the seventh-generation BMW 5-Series range in 2017.

Two CAD drawings allegedly revealing the front and rear design of the new M5 were obtained by the The Cammed & Tubbed Podcast.

They show a design similar to the smaller M2 and much more aggressive than the lukewarm lines found on the outgoing M5. We also see a V-type engine configuration through the kidney grille aperture, ruling out anything smaller than a V-8 engine for the car. 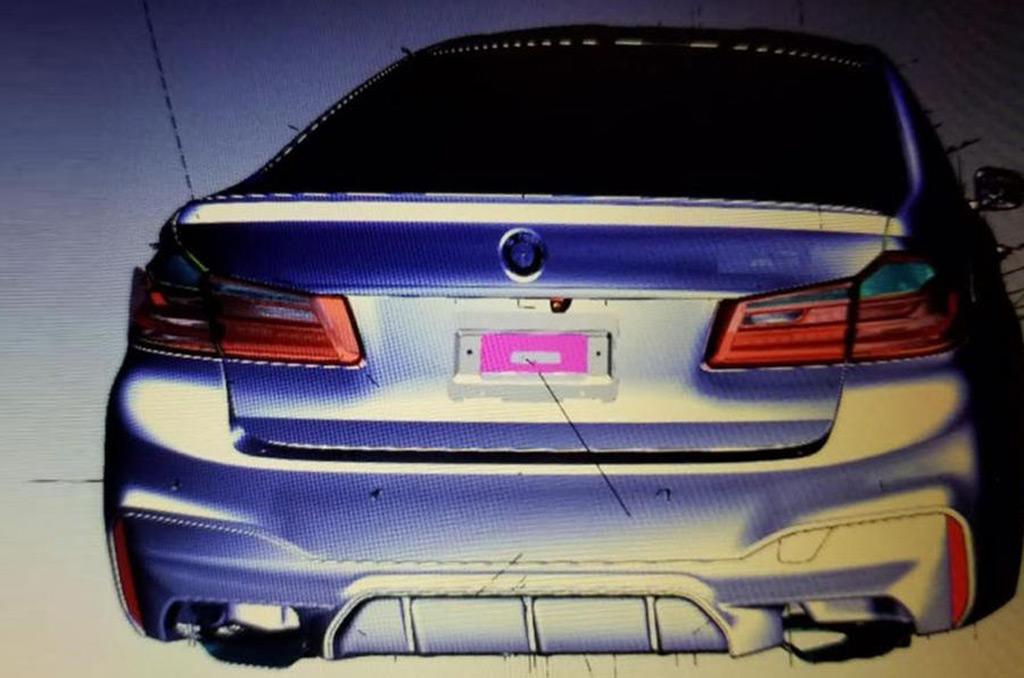 The expected engine is a tweaked version of the twin-turbocharged 4.4-liter V-8 fitted to the outgoing M5. The engine produces as much as 600 horsepower and 516 pound-feet of torque in 2014’s M5 30 Jahre Edition, and with any luck we’ll see a few more horses extracted for the new M5.

The next-generation Mercedes-AMG E63 is expected to get 603 hp from its own twin-turbocharged V-8, while the Cadillac CTS-V blows the competition out of the water with its 640 hp extracted from its supercharged V-8.

While horsepower might not rise much on the new M5, we can expect a serious boost in performance thanks to less weight brought about by the multi-material construction of the new 5-Series’ platform. Some models in the range are as much as 220 pounds lighter.

The new M5 may also benefit from an available all-wheel-drive system. The extra traction should improve acceleration. The 600-hp versions of the outgoing M5 would hit 60 mph in 3.9 seconds. Note, BMW already has an M550 xDrive M Performance model which has 445 hp on tap as well as all-wheel drive.

Sadly, there won’t be a manual transmission on the M5 this time around. The sole transmission is expected to be a dual-clutch unit.

Look for a thinly-veiled M5 concept to be unveiled early next year, possibly at next March’s Geneva auto show. The market debut should take place later in 2017.