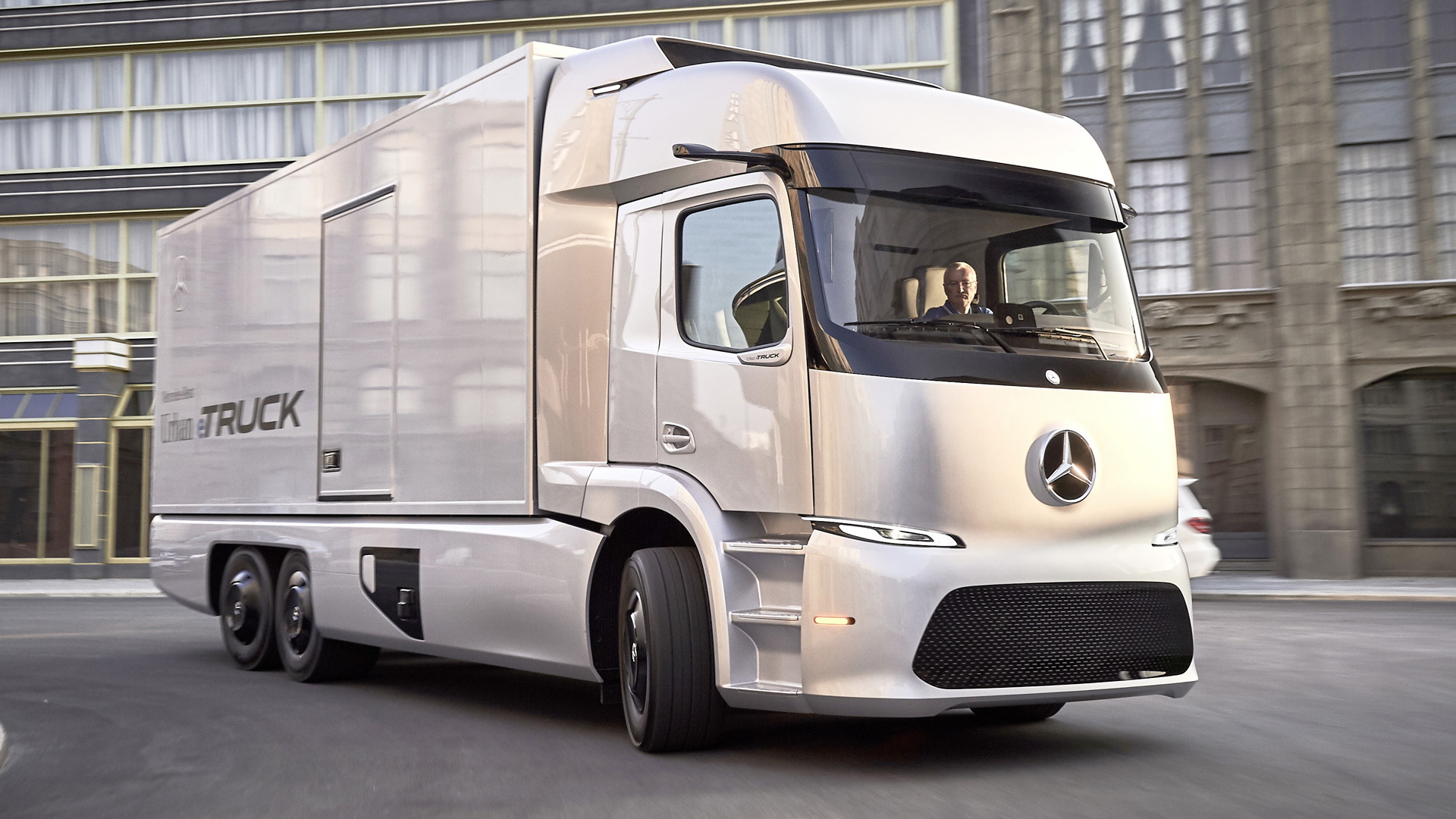 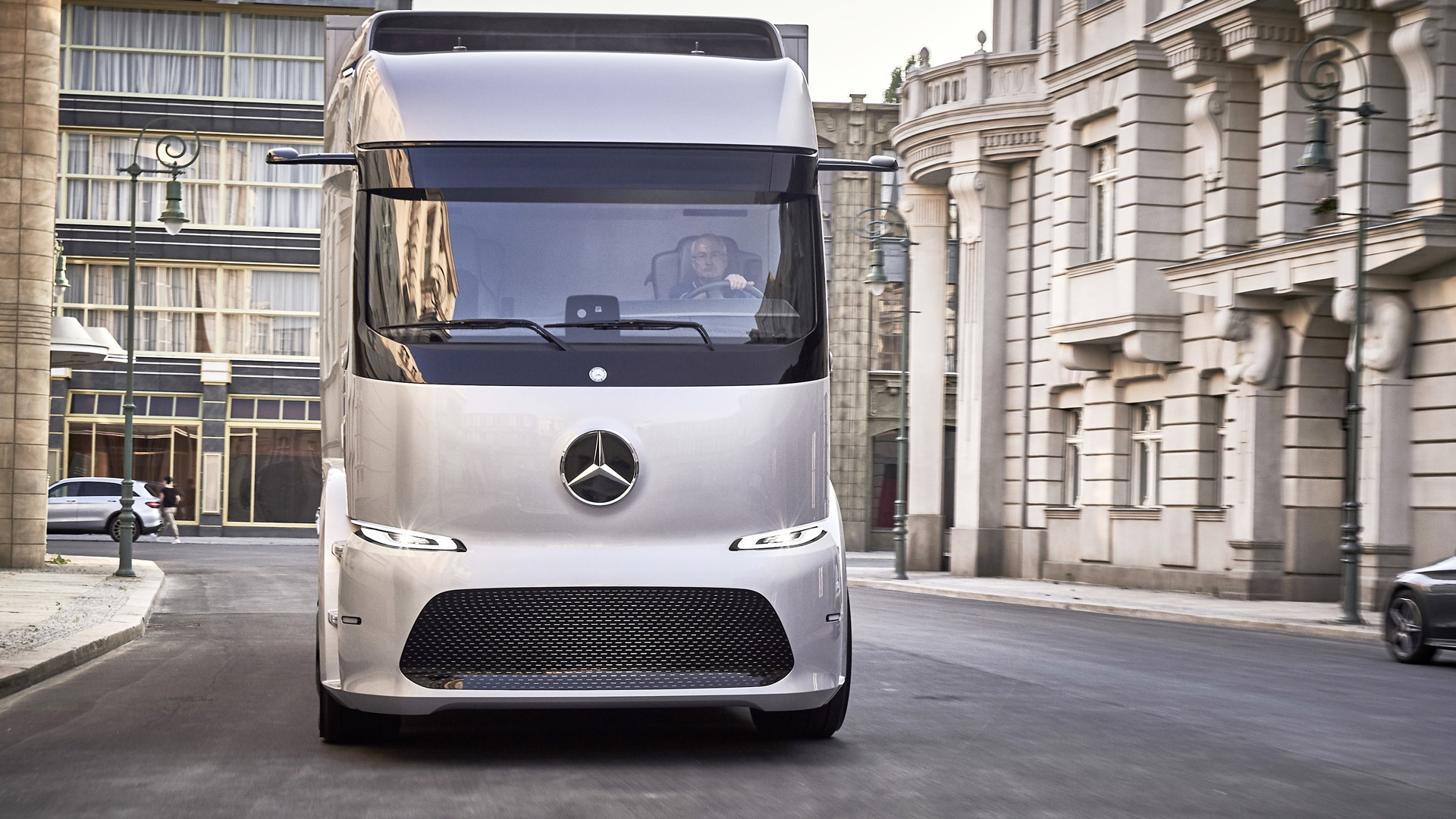 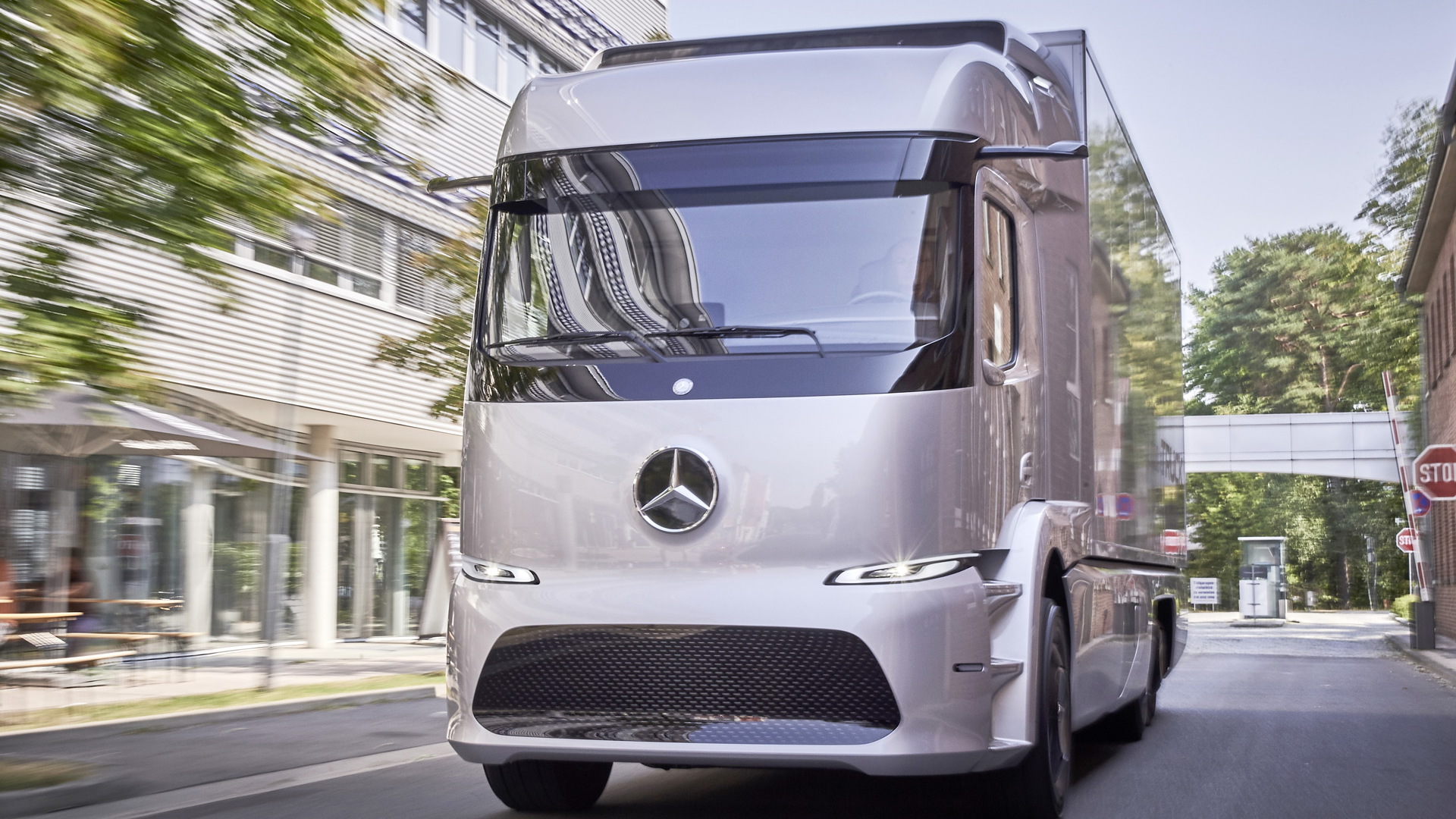 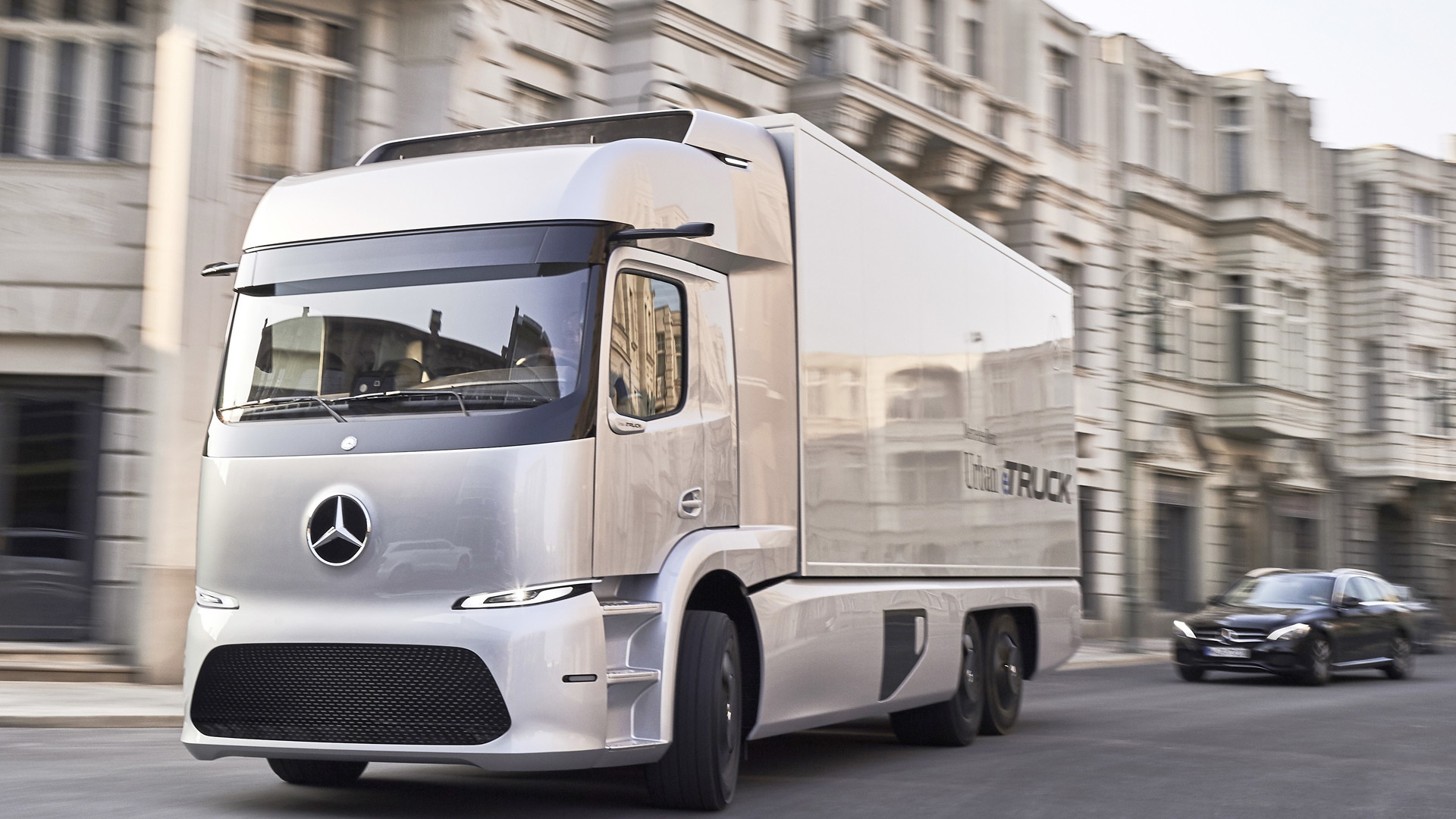 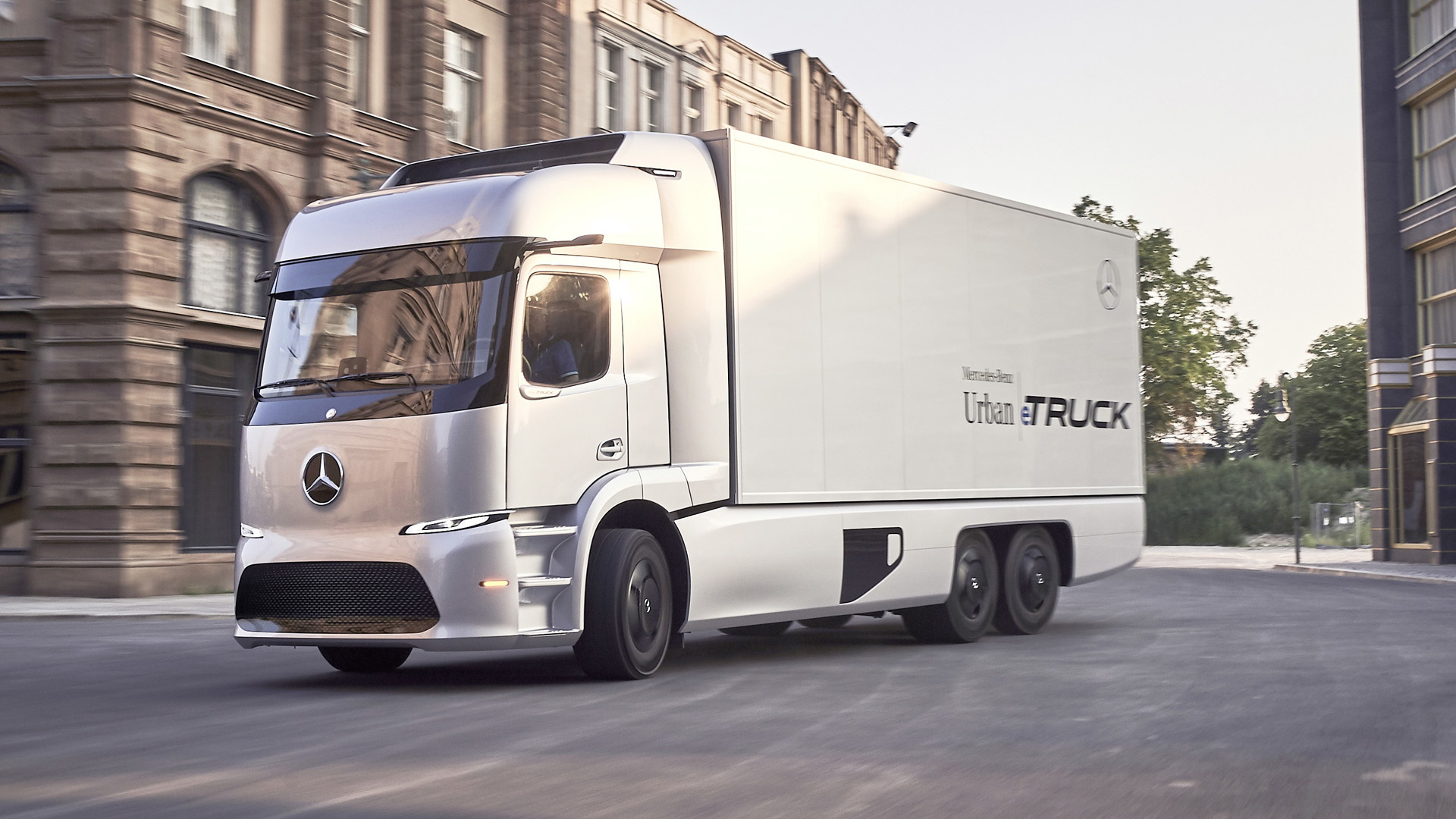 Mercedes-Benz in July previewed a truck concept featuring an electric powertrain, and on Thursday we saw the concept formally unveiled at a trade event in Hannover, Germany.

Called the Urban eTruck, the concept is for an inner-city truck that could replace those vehicles you normally see making deliveries to grocery stores, disposing of waste and supplying goods to industry. But because of its advanced powertrain, you’d get reductions in air and noise pollution around town.

Drive comes from a pair of electric motors, one mounted close to each of the rear wheels but spinning the rear axle. They generate a combined 335 horsepower and 737 pound-feet of torque and under braking recover energy to top up the batteries.

The batteries  consist of three lithium-ion modules mounted in the frame. They have a combined capacity of 212 kilowatt-hours which is good for about 124 miles of range. Mercedes says this is a typical amount for a day's delivery round. If more range is desired, additional battery modules can be added due to the modular design of the truck’s electric drive system.

Importantly, there are no limitations in payloads compared to diesel-powered alternatives, and the truck is suitable for everyday use. Mercedes quotes a permissible laden weight 28.6 tons.

In the cabin, the designers have adopted the layout of Mercedes’ existing Antos truck. However, instead of conventional instruments, the Urban eTruck features a completely new display and control system consisting of a pair of screens. They display vital vehicle information as well as details about the surrounding environment gathered from sensors and cameras mounted to the body and a telematics system that keeps the driver in contact with the warehouse.

At the touch of a button, the driver can also see a detailed picture of the energy flow. A number of displays combine to indicate the current status of the battery capacity: they show the energy in kilowatts used to cool the body of the truck, to power the electrical accessories in the driver's cab and, most importantly, to power the two electric motors.

If for any reason the charge in the battery falls to such a level that there is a risk the truck won't reach the next charging station, the driver is warned well in advance and can intervene to set the truck to a more economical driving mode geared towards maximizing range, usually by limiting power while maximizing brake energy recovery.

Right now you’re probably thinking that a whole bunch of electric trucks would draw massive amounts of electricity from the grid, and during peak hours this electricity can be rather expensive. Mercedes says it would work with individual customers to develop a customized charging cycle and in some cases recommend the customer install a stationary battery storage unit, which could be charged at night when electricity costs are lower and then provide energy to the trucks throughout the day. The battery storage unit could even be charged using solar panels on a warehouse roof.

Mercedes estimates that a production version of the Urban eTruck concept could be ready early next decade. It’s not alone in its quest to develop electric trucks as Tesla [NSDQ:TSLA] in its grand master plan announced in July called for an expansion into more segments including electric commercial vehicles such as buses and trucks.