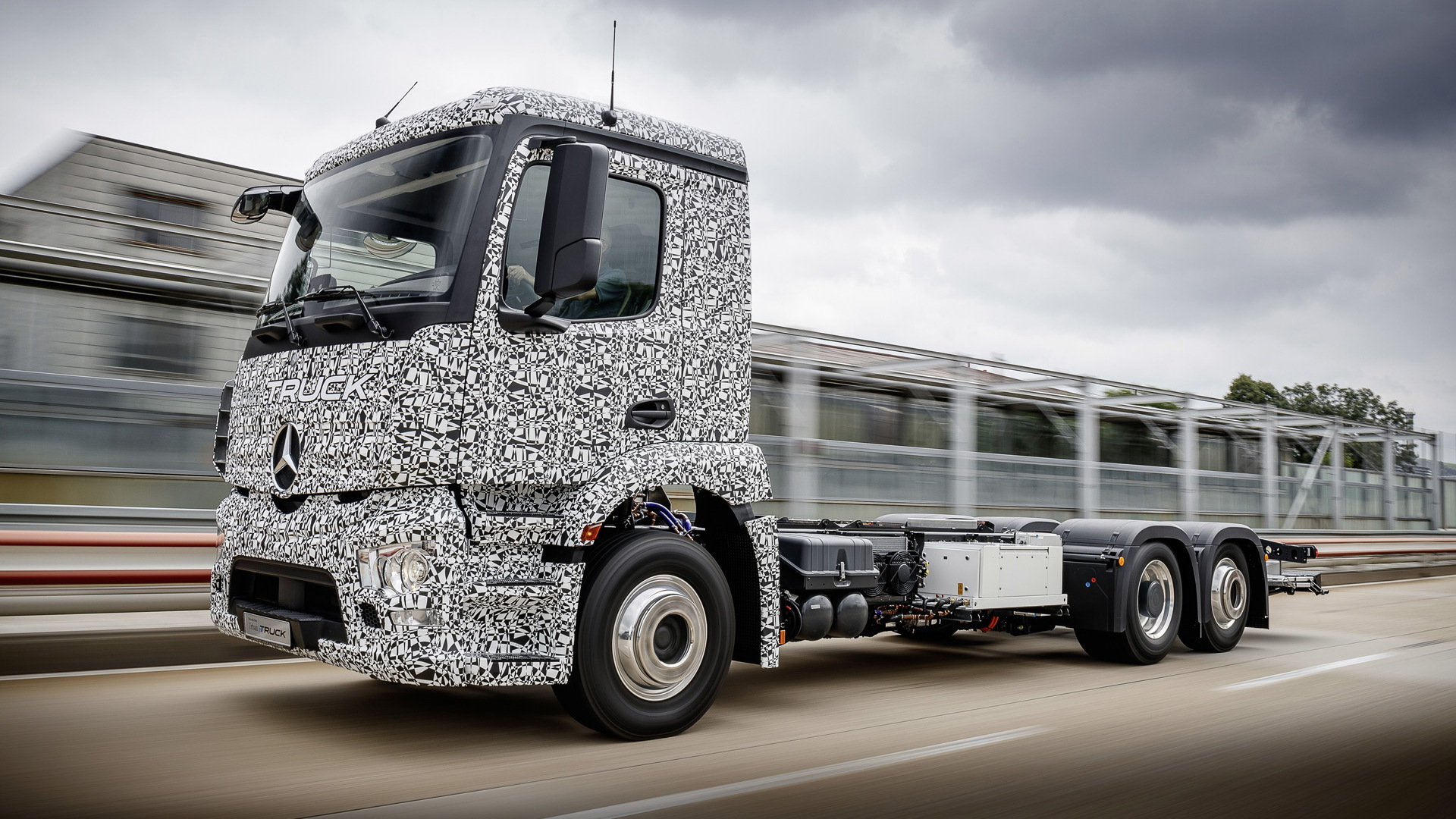 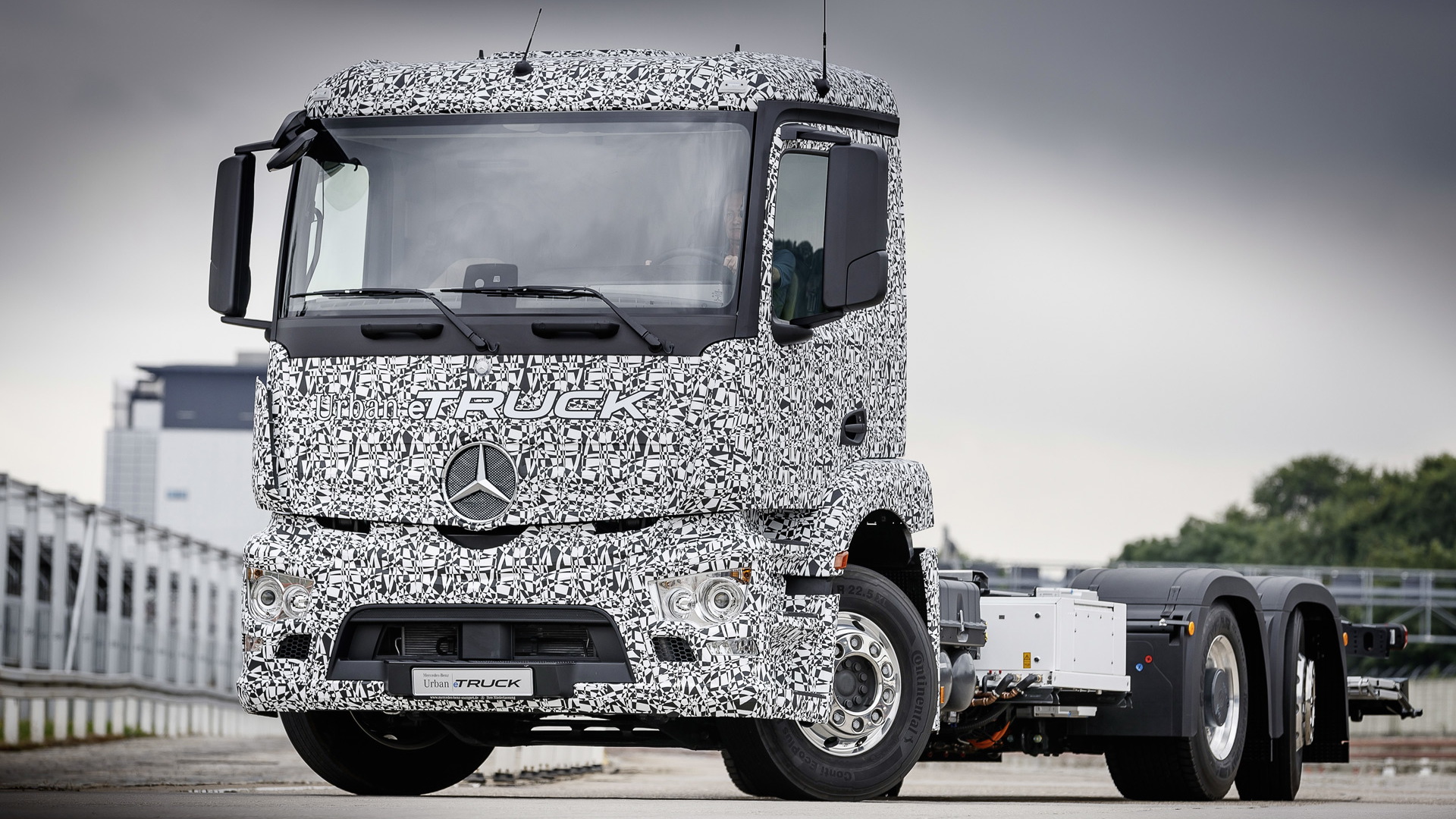 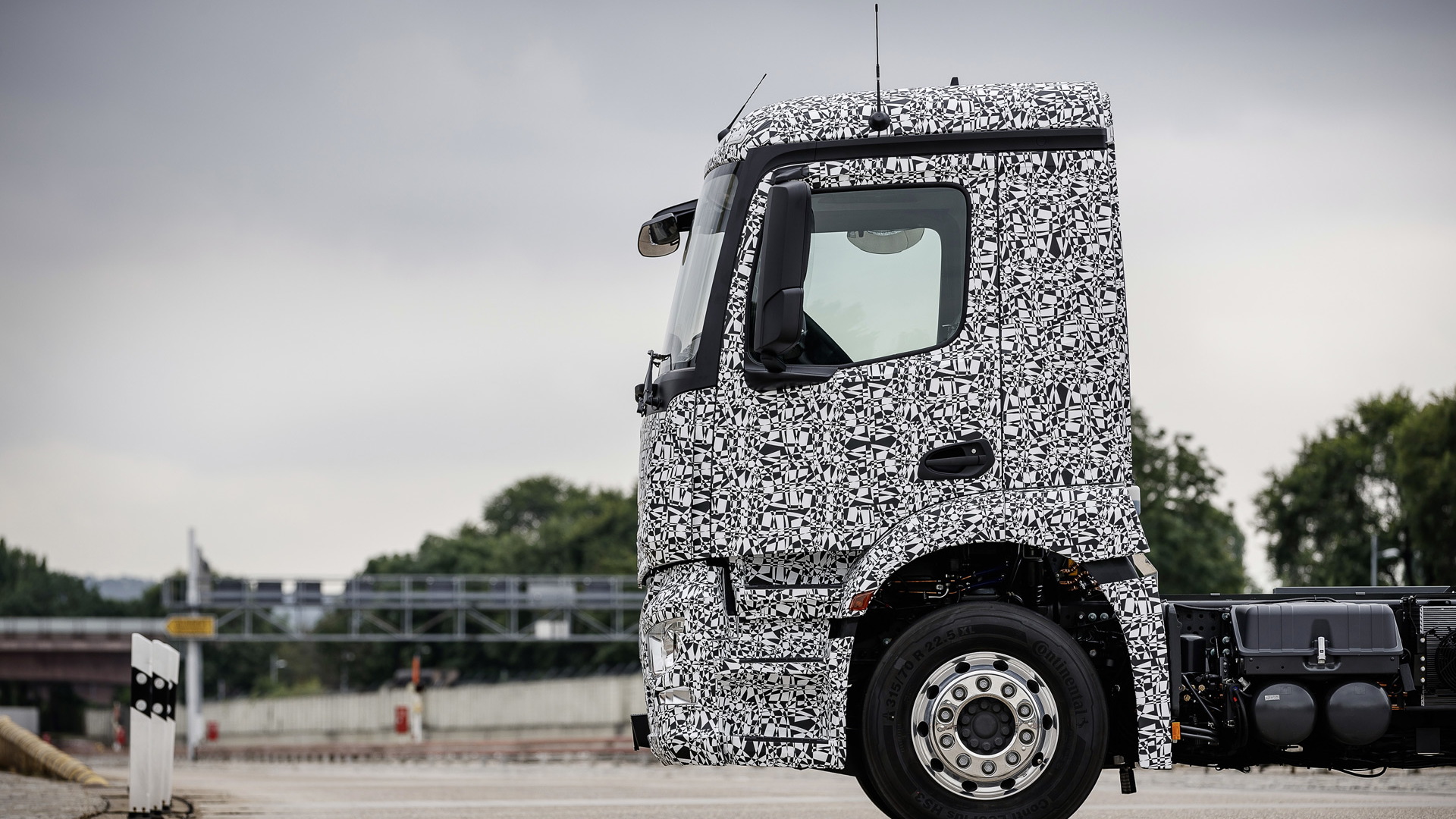 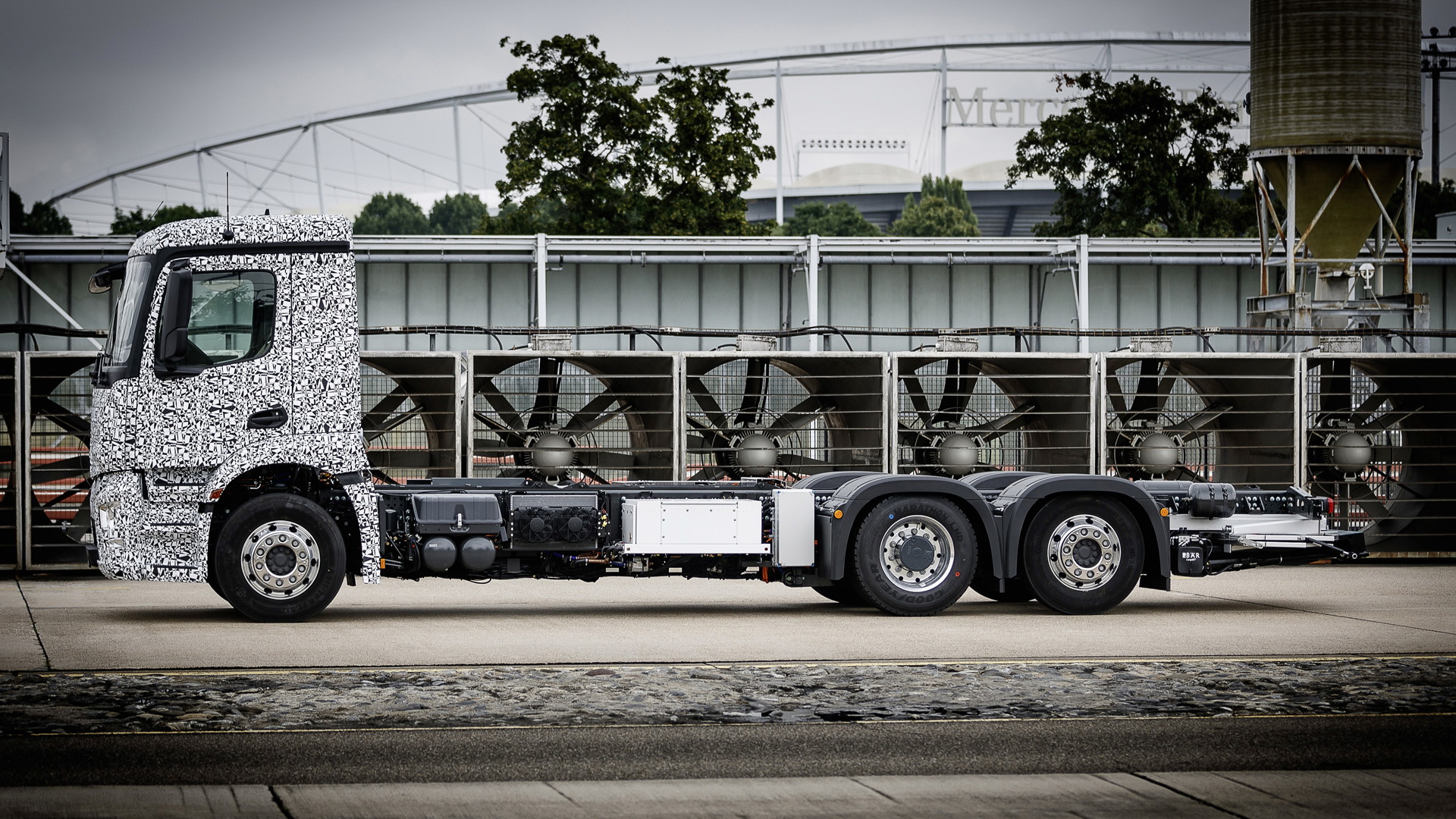 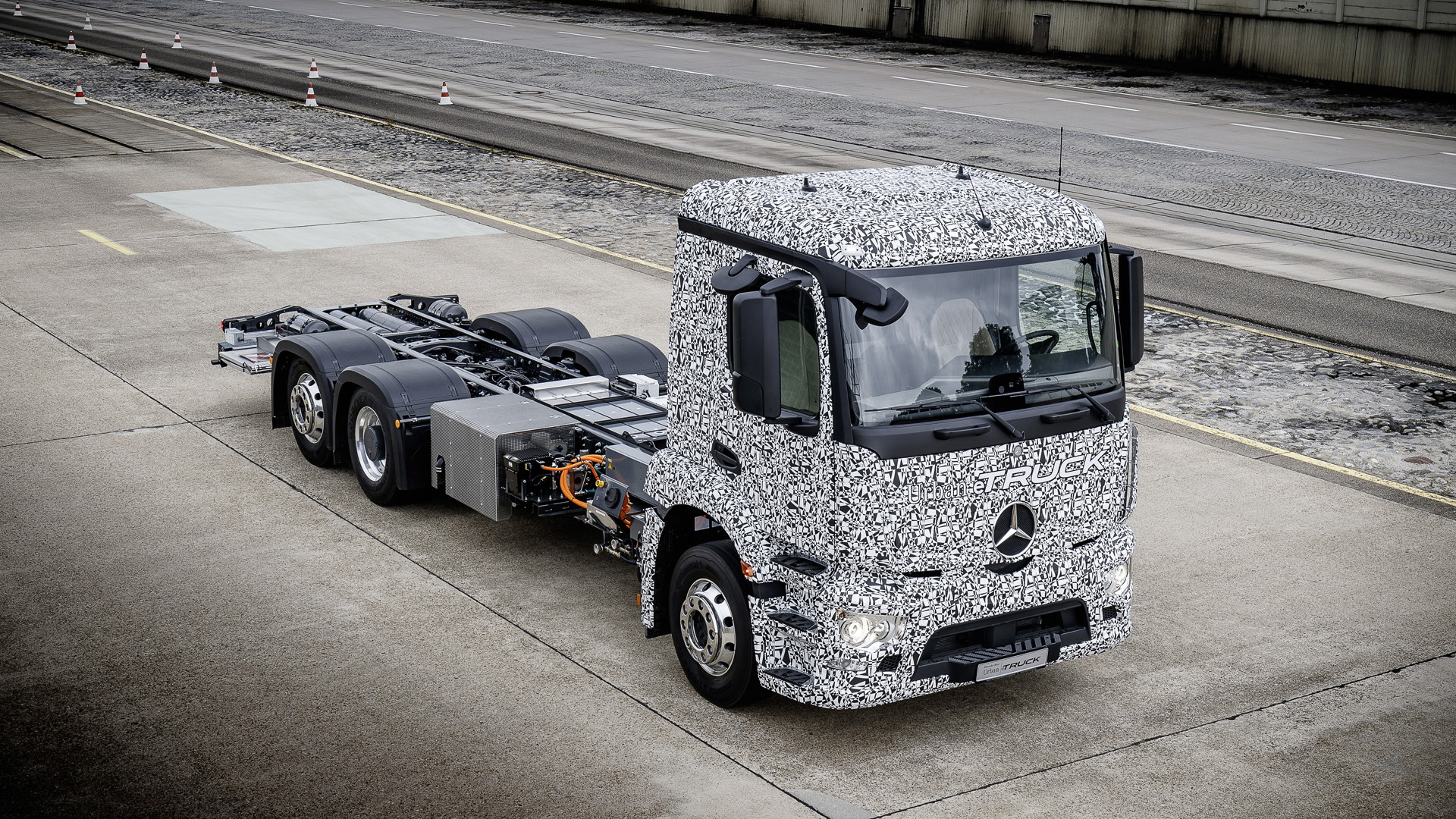 Tesla Motors [NSDQ:TSLA] a week ago announced a grand master plan that called for an expansion into more segments including electric commercial vehicles such as buses and trucks.

Unbeknownst to many is that Mercedes-Benz’s trucks unit has been working on electric trucks for some years now and today unveiled a concept that’s virtually production ready.

The news shouldn’t come as a huge surprise as Mercedes’ parent company Daimler is the world’s biggest truck manufacturer and operates four other truck brands including the more familiar Freightliner and Western Star names.

Its latest concept is called the Mercedes Urban eTruck.

As the name suggests, the Urban eTruck isn’t designed for long-haul journeys. Instead, it’s designed for more urban environments and could replace those trucks you normally see making deliveries to grocery stores, disposing of waste and supplying goods to industry. The obvious benefit is that it would help reduce both air and noise pollution around town. 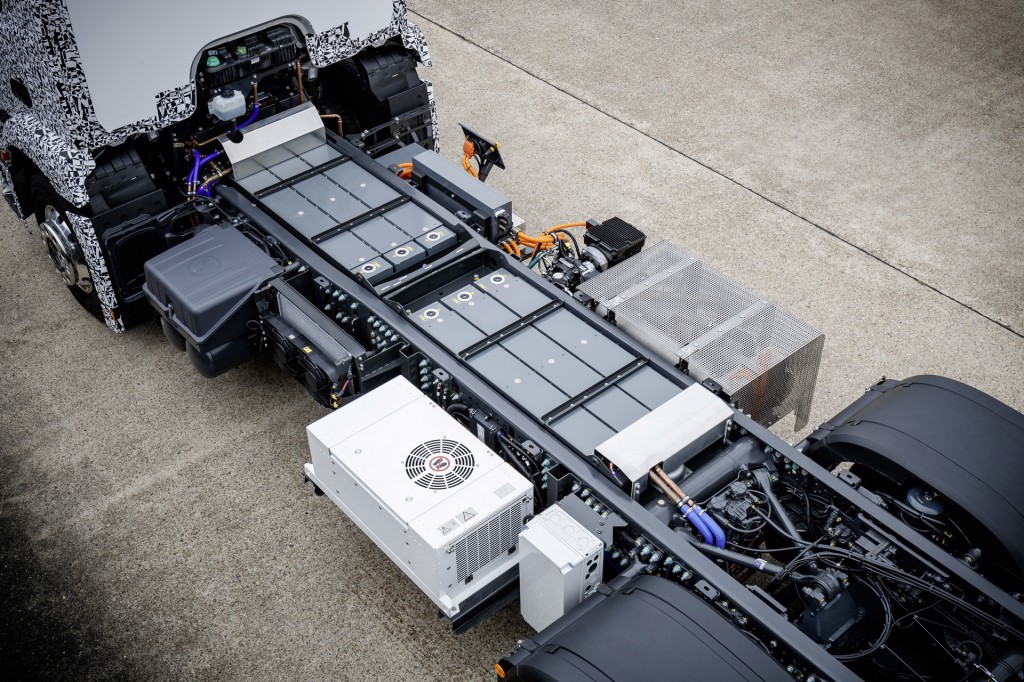 Mercedes explains that it’s only recently that battery technology has improved to a point where an electric truck becomes economically feasible—and there are more gains to come as the technology advances.

While it may look like an ordinary truck, things are very different in the areas you can’t see. Drive comes from a pair of electric motors, one mounted close to each of the rear wheels but spinning the rear axle. The motors also recover energy under braking. Combined, they generate 335 horsepower and 737 pound-feet of torque.

Powering the motors are three lithium-ion battery modules mounted in the frame. They have a combined capacity of 212 kilowatt-hours, which is good for about 124 miles of range. Mercedes says this is a typical amount for a day's delivery round. If more range is desired, additional battery modules can be added due to the modular design of the truck’s drive unit.

Using the Combined Charging System (CCS) high-voltage DC charging with a 100-kw charging rate, the truck’s batteries can be topped up in 2 to 3 hours. However, more powerful CCS setups are being developed which could potentially lead to quicker charge times.

Mercedes hasn’t announced a production date for the Urban eTruck but, depending on where you live, you may be able to see an electric truck up and running. Another of Daimler’s truck brands, Fuso, has developed an electric version of its latest Canter truck. Called the Canter E-Cell, the zero-emission truck is already participating in trials in Germany and Portugal. It has a 48-kwh battery and a range of about 60 miles. 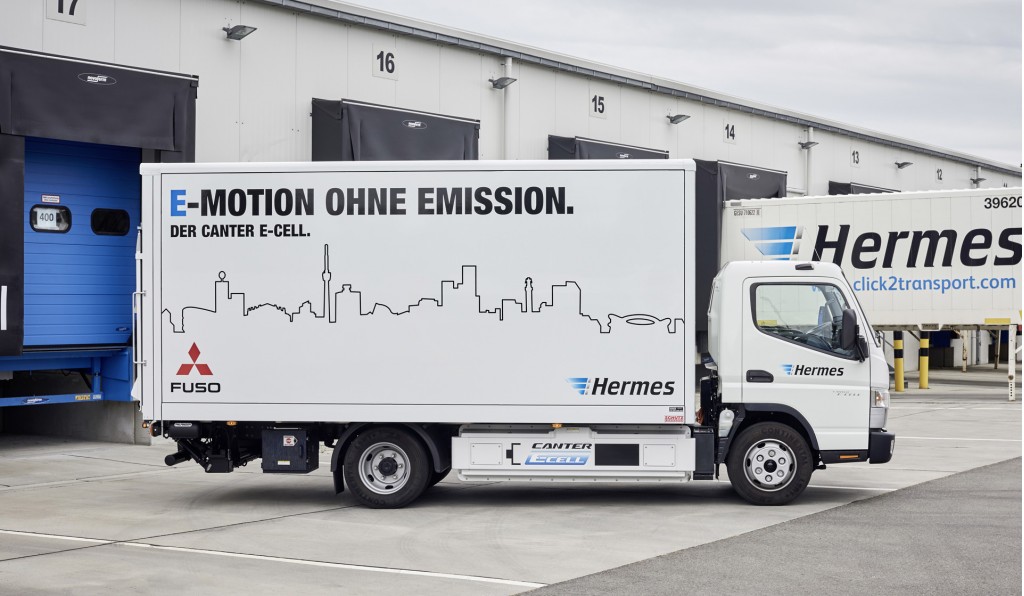