Less than two years after announcing plans to build its Gigafactory in Nevada, Tesla Motors [NSDQ:TSLA] on Tuesday opened the doors and allowed media to take a look inside. A formal opening ceremony for the $5 billion battery plant is scheduled for Friday.

Though already operational, only about 14 percent of the plant’s construction is complete. Eventually it will span some 10 million square feet, which will make it one of the biggest plants in the world. Importantly, the plant will be run on renewable energy, drawn from solar panels on its roof and nearby wind generators.

Panasonic is providing $1.6 billion towards the plant’s cost and will install its advanced machinery used to produce the lithium-ion cells that go into the battery packs Tesla uses for its cars and Powerwall energy storage device. These machines should start producing cells by the end of the year. In the meantime the plant will source cells from other sites. 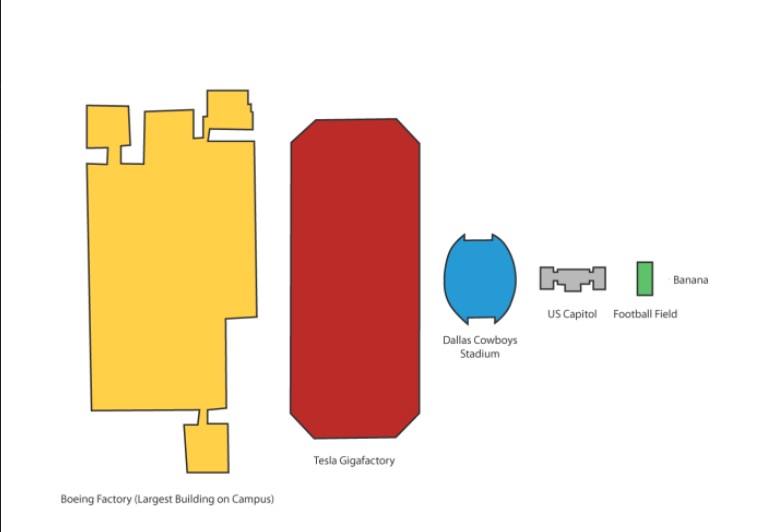 Tesla has made little secret of the fact that the batteries produced on the massive scale afforded by the Gigafactory is necessary for meeting the cost and production targets of the Model 3. The small electric sedan is projected to start from $35,000 and has already racked up more than 400,000 pre-orders. Deliveries are due to start in late 2017.

But beyond the Model 3 and Tesla’s existing Model S and Model X, we’ll potentially see the Gigafactory supply batteries to other firms, providing Tesla with an additional source of revenue. This will be crucial for Tesla in generating profits and funding its ambitious expansion plans, which call for the development of electric commercial vehicles such as buses, pickups and semi-trucks.

Tesla is estimating that 31 percent of the plant’s construction will be complete by the second quarter of 2017. Full capacity isn’t expected to be reached until after 2020. This, however, will be dependent on the growth in demand for electric cars and energy storage devices. At full capacity, Tesla estimates the plant will require 6,500 staff.

The launch of the new plant isn’t without its challenges. German auto giant Daimler is currently expanding its own battery plant and Volkswagen is investigating building its own batteries for its planned rollout of 30 electric cars between now and 2025. Chinese firms including BYD are also producing batteries. On top of this, there’s also the possibility new discoveries in battery technology could force Tesla to make costly upgrades to the plant.