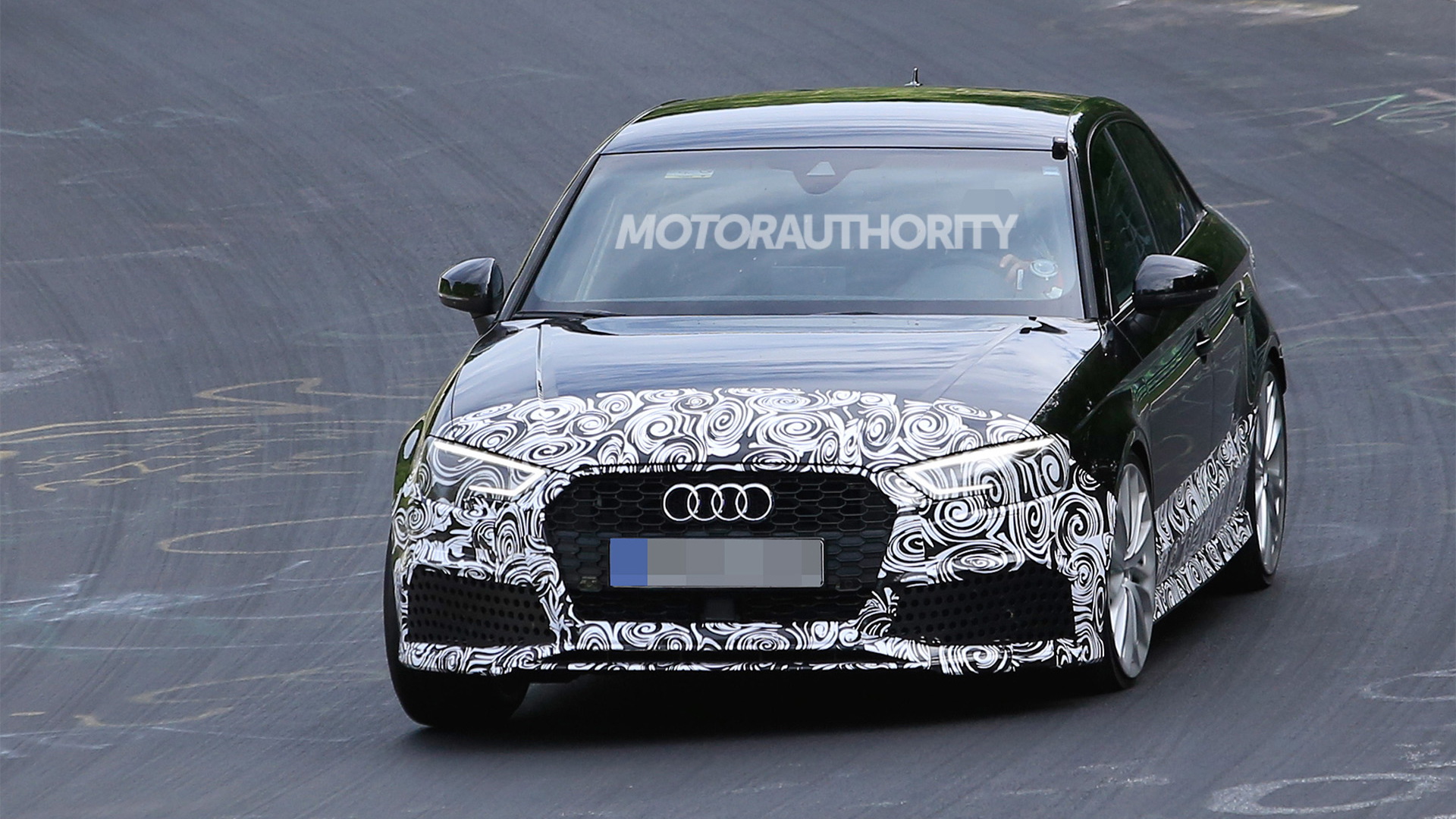 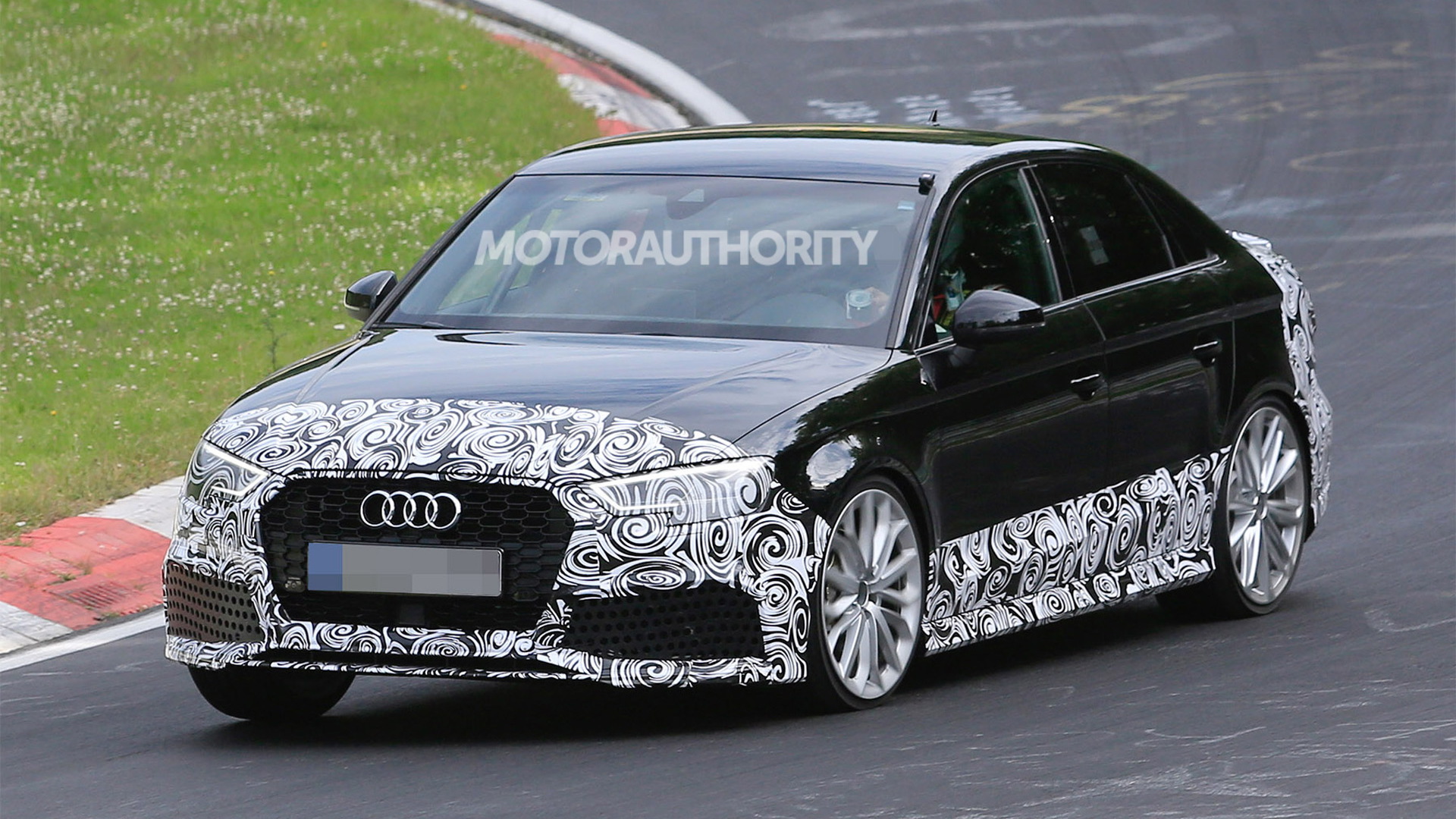 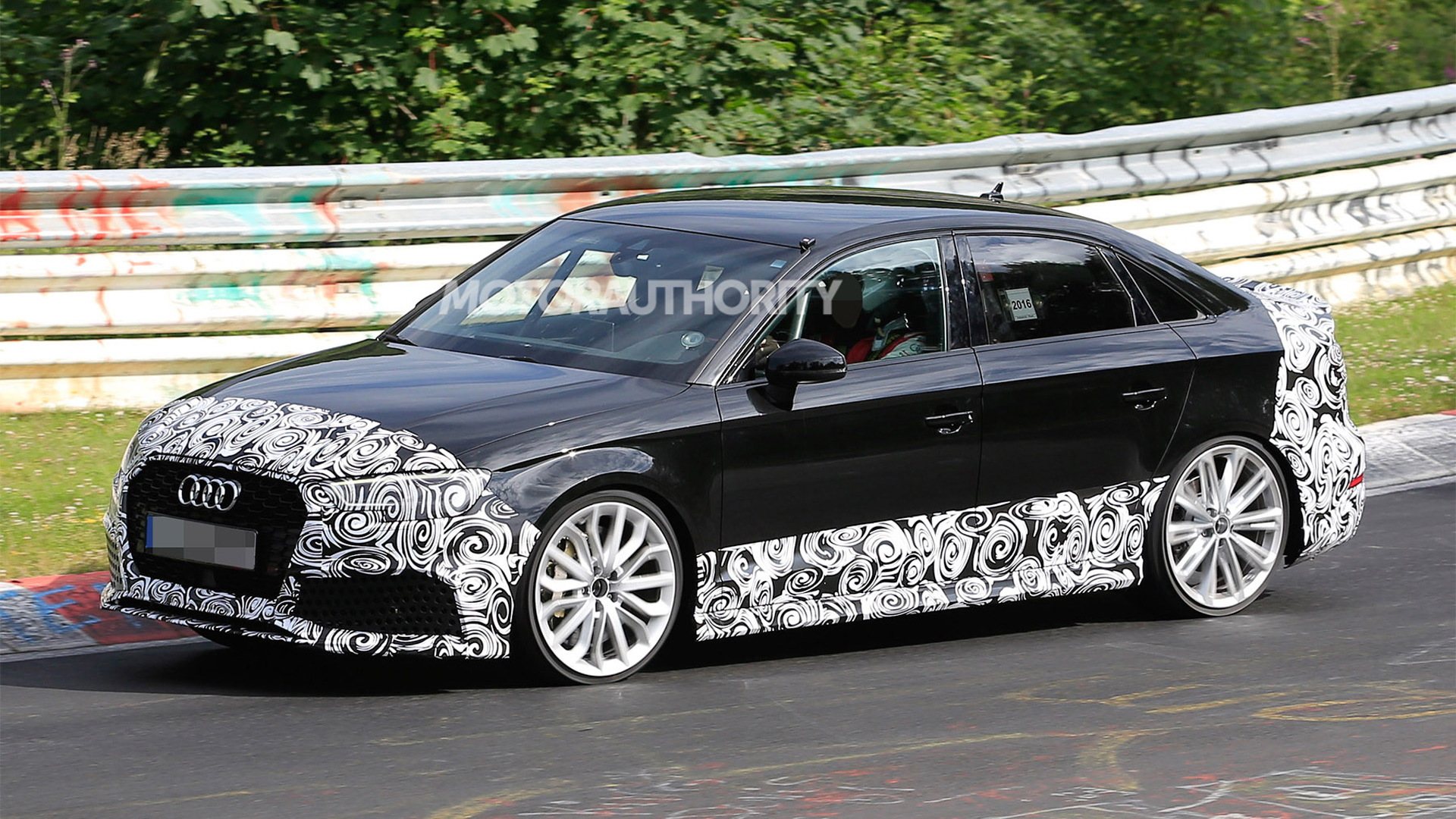 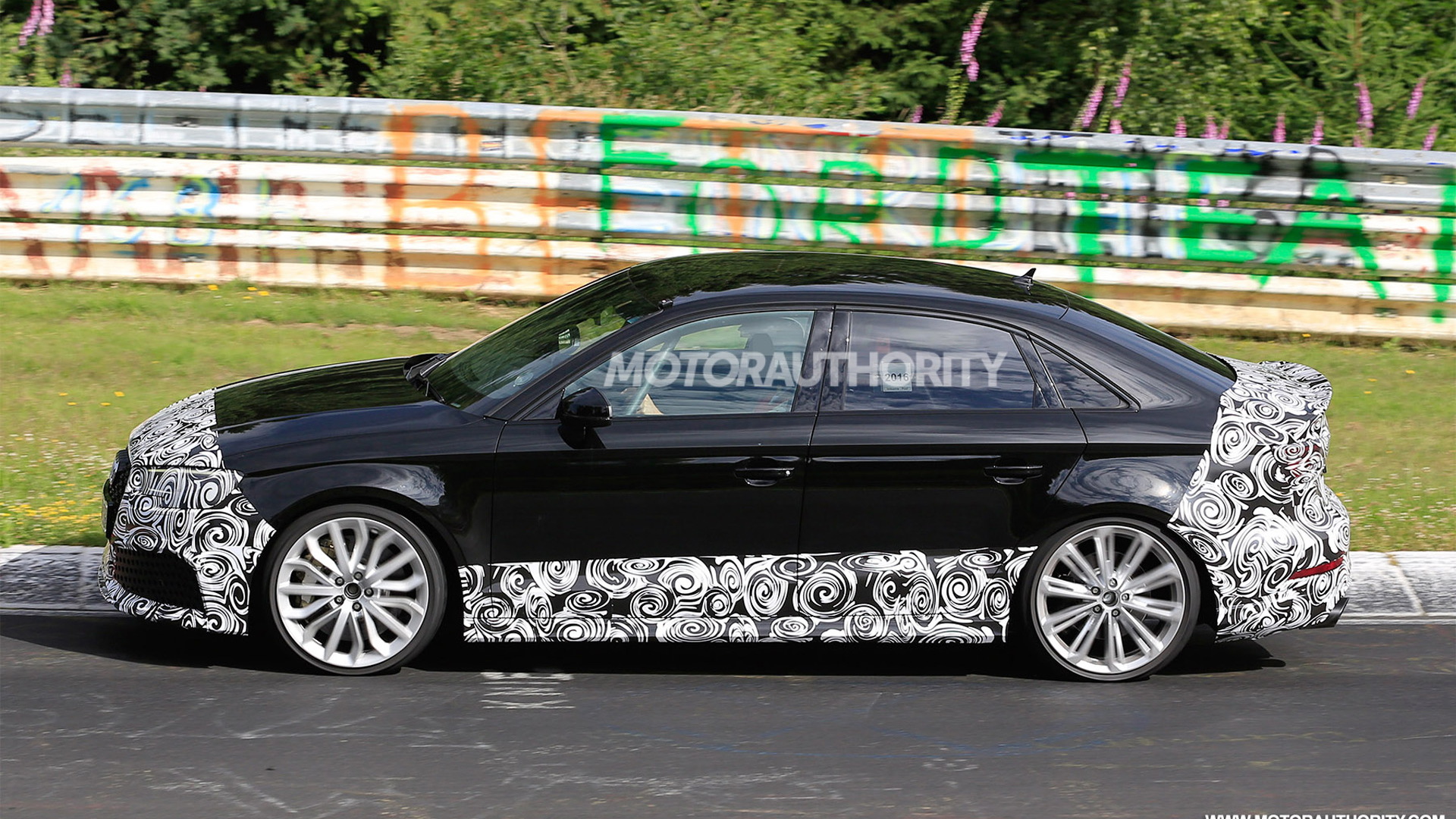 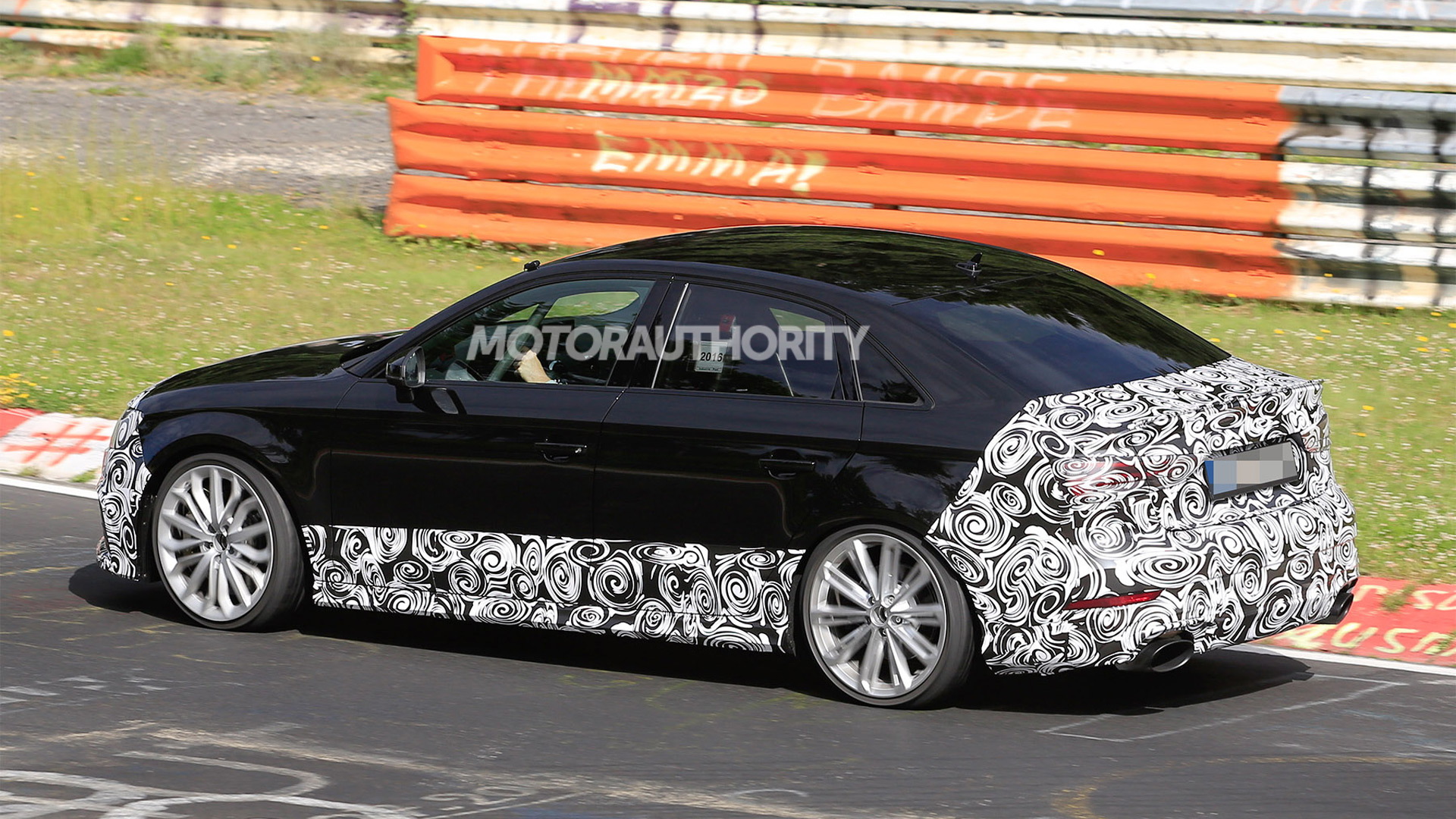 Audi has just updated its A3 range but noticeably missing is the updated version of the RS 3 Sportback.

That’s because Audi is holding off on its updated RS 3 Sportback until development of a new RS 3 sedan is complete.

The new sports sedan is currently testing at the Nürburgring, as evidenced by our latest spy shots. The prototype features all the signature RS cues such as large intakes, oval-shaped exhaust tips, and uprated brakes.

We’ve actually known for quite some time that an RS 3 was coming. Audi first hinted at the possibility in 2014 with the unveiling of the A3 Clubsport Quattro concept. The car was confirmed a year later by a senior Audi executive, and at the start of this year we received some leaked shots of a mockup shown to dealers (shown below).

The RS 3 is Audi’s rival to high-performance compact cars like the BMW M2 and Mercedes-AMG CLA45, and to a lesser extent the more mainstream Ford Motor Company [NYSE:F] Focus RS and Subaru WRX STI.

The car should feature the same mechanical package as the current RS 3 Sportback, albeit in updated form. Among the updates is believed to be more power to better match the 375 horsepower of the latest compacts from Mercedes-AMG. The current RS 3 Sportback features a turbocharged 2.5-liter 5-cylinder engine that delivers 362 hp.

The current RS 3 Sportback also has a 7-speed dual-clutch transmission and all-wheel drive, and this should be the same for the updated model as well as this new RS 3 sedan.

According to an alleged Audi product roadmap, the RS 3 will launch in the United States in August 2017, which means we’ll likely see it arrive as a 2018 model. We can expect a starting price of about $50k, which matches the starting price of the aforementioned M2 and CLA45. Sadly, there's no word on whether the RS 3 Sportback will be joining its sedan sibling in local showrooms.