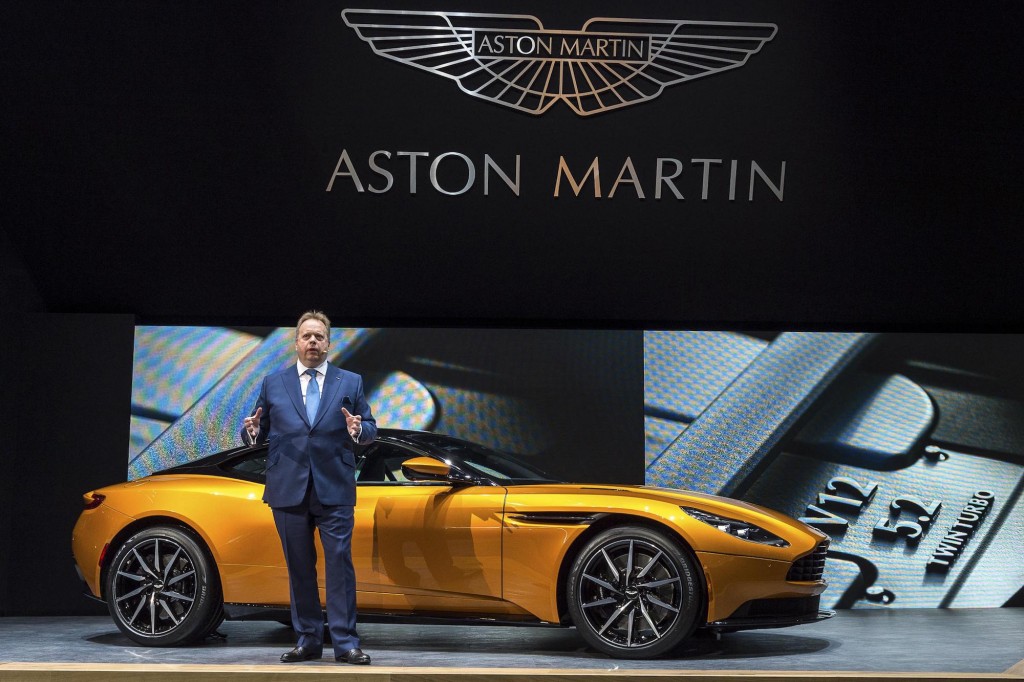 Aston Martin CEO Andy Palmer can add another qualification to his resume: he will be personally inspecting the first 1,000 examples of the automaker's new DB11 to leave the assembly line in Gaydon, England.

The executive made the announcement on Twitter, where he also posted an image of an inspection plate bearing his signature that will be affixed to the V-12 engine of each of the first 1,000 DB11s to be built.

Only 1000 Aston Martin DB11 V12's to be made with this particular inspectors plaque! pic.twitter.com/lkmMTJpGE8

ALSO SEE: Not all Ford dealers will be able to service the GT

Even though he wears suits and schmoozes with the company's well-heeled clientele, Palmer is no stranger to being under a car's hood. The first couple of decades in his career were spent in the engineering departments of a major European supplier, the now-defunct Rover Group, and later at Nissan.

He'll have his work cut out for him. Within mere weeks of the DB11's unveiling, Aston Martin said it already had 1,400 orders for the car. We're not sure how many people have placed their deposits yet, but the DB11 is generating considerable excitement for the British sports car marque. The first DB11s are expected to reach buyers in September.