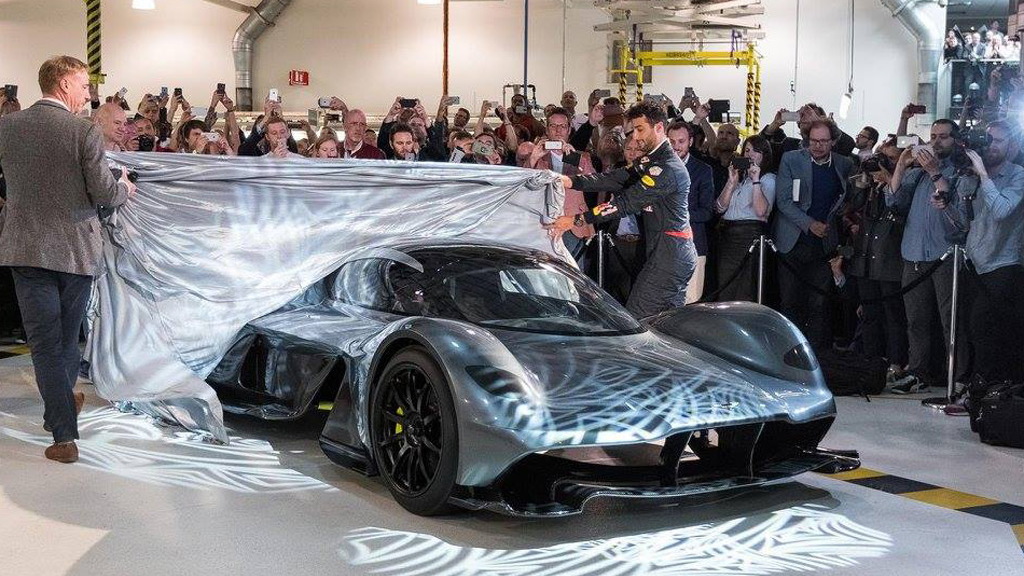 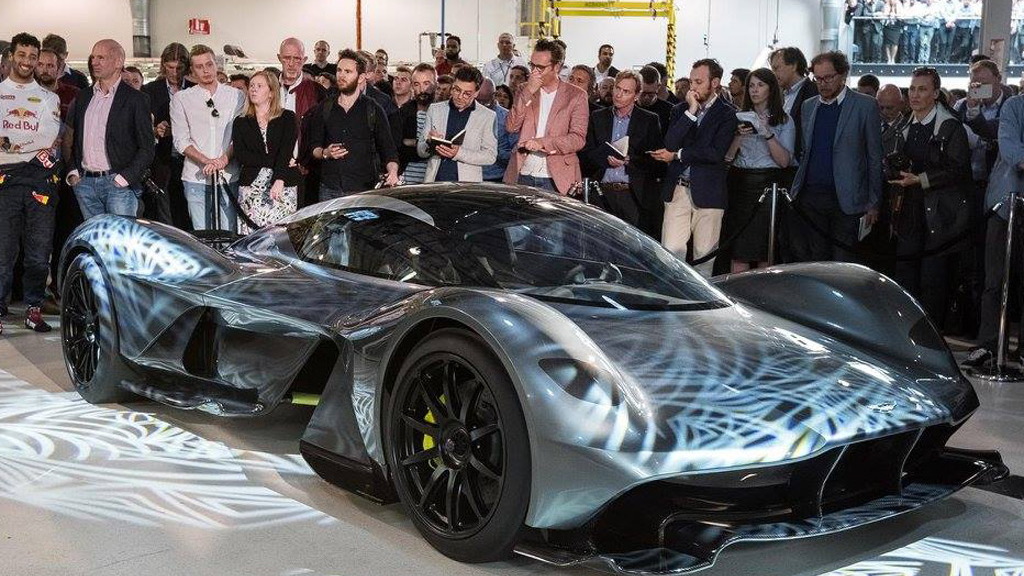 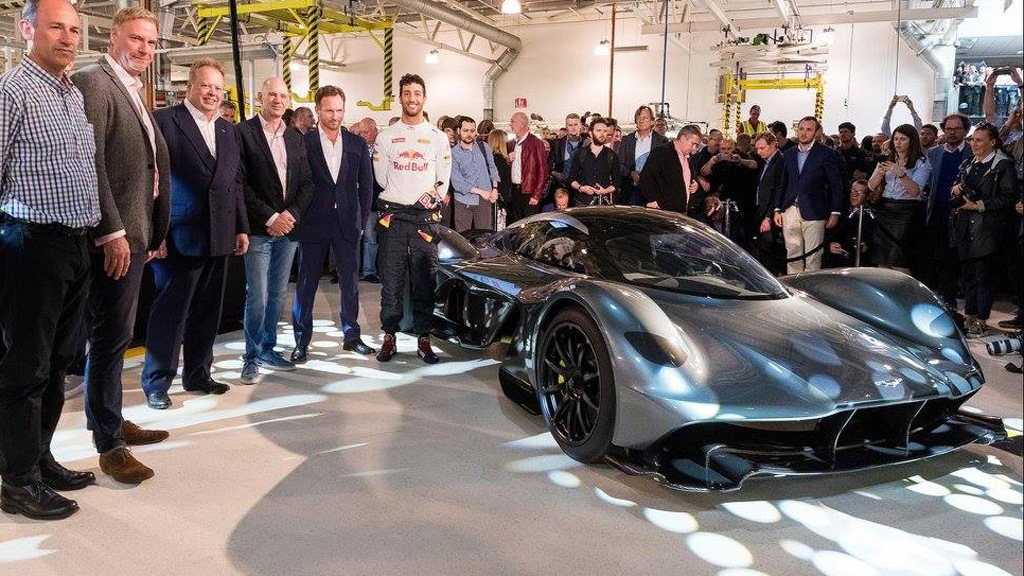 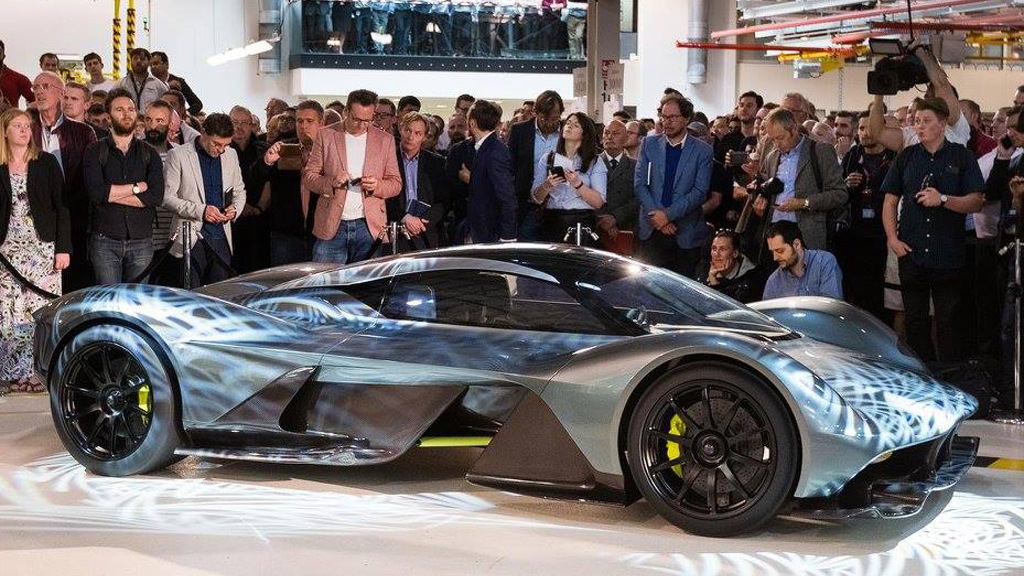 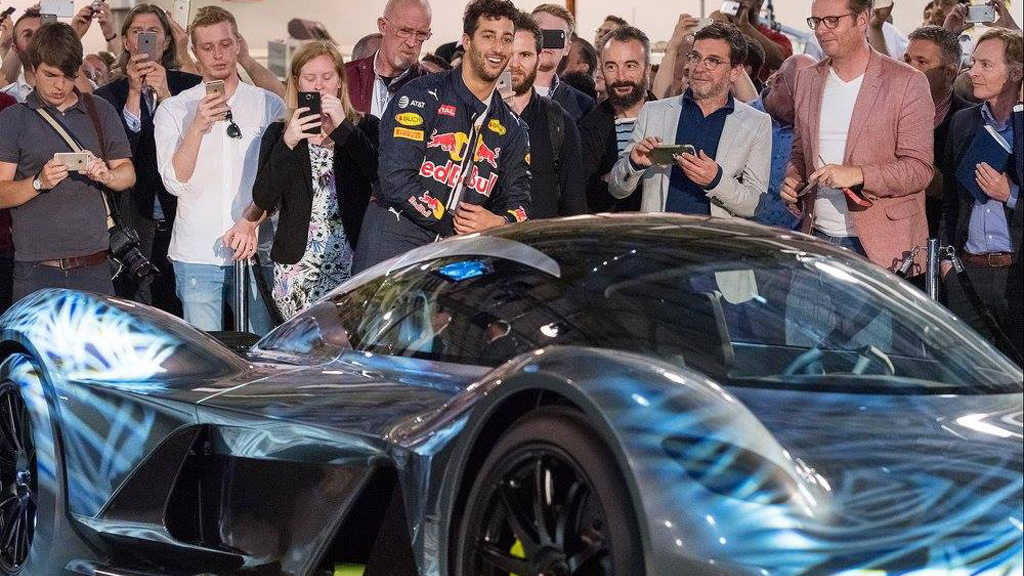 Yesterday we were treated to the reveal of a new hypercar being developed by Aston Martin and Red Bull Racing.

The development is far from complete yet already the car, code-named the AM-RB 001, is being billed as the McLaren F1 for this generation.

That’s because just like the F1, the new  AM-RB 001 is the brainchild of one of Formula One’s best designers, in this case Adrian Newey, who was responsible for Red Bull’s four championship-winning racecars (2010-2013).

And like Gordon Murray before him, Newey has set out to design the ultimate road car, a car that no doubt will set new standards for performance when it comes to road cars. Aston Martin CEO Andy Palmer is even hinting that the AM-RB 001 could be quicker than an F1 racer around a track.

Free from the strict regulations of motorsport, Newey’s design for the AM-RB 001 is understandably wild. As the photos show, the car is almost like an open-wheeler with a 2-seat cabin and sultry skin stretched over it.

The smooth outer shell hides some complex aerodynamic elements underneath. These should provide “unprecedented levels” of downforce for a road-legal car. Massive diffusers feature at both ends and air is allowed to pass through massive openings. In fact, bending down at the front allows you to see right through the car. Imagine a catamaran with wheels and you get a sense of what the AM-RB 001’s shape is like.

This means the cabin will likely be extremely tight. Occupants will sit almost flat with their feet up almost as high as the steering wheel, just like in an F1 car. Access to the cabin is through a pair of gullwing doors, and by the looks of things there will be very little space for storage.

As mentioned, the design isn’t complete so the final version, which will start deliveries in 2018, will have some differences. For example, the size of the car might be extended to accommodate the powertrain, which at present has only been referred to as a high-revving, naturally-aspirated V-12. Some form hybrid technology is thought to be part of the package, though this is yet to be finalized.

No numbers were mentioned apart from the designers having a 1:1 target for the power-to-weight ratio, when measured in horsepower and kilograms. Factor on the car having around 1,000 hp and weighing 1,000 kg. Drive will be to the rear wheels via a transmission being developed by Red Bull’s technology arm.

But why didn’t either Aston Martin or Red Bull proceed in designing the car alone? Newey explains that Red Bull had the technology but not the production expertise.

“I knew Red Bull Racing had the ability to handle the pure performance aspects but Aston Martin’s experience of making beautiful, fast and comfortable GT cars is of great benefit to the project,” he explained. “I’ve always been adamant that the AM-RB 001 should be a true road car that’s also capable of extreme performance on track, and this means it really has to be a car of two characters.”

Aston Martin says it will build between 99 and 150 examples of the AM-RB 001, 25 of which will be the track-only version. It’s likely the upper limit of that range is reached as the automaker already has more than 300 orders for the car, despite a rumored £2.5 million (approximately $3.27 million) starting price.

Below is a video taken at the reveal at Aston Martin's headquarters by the team at Shmee150.