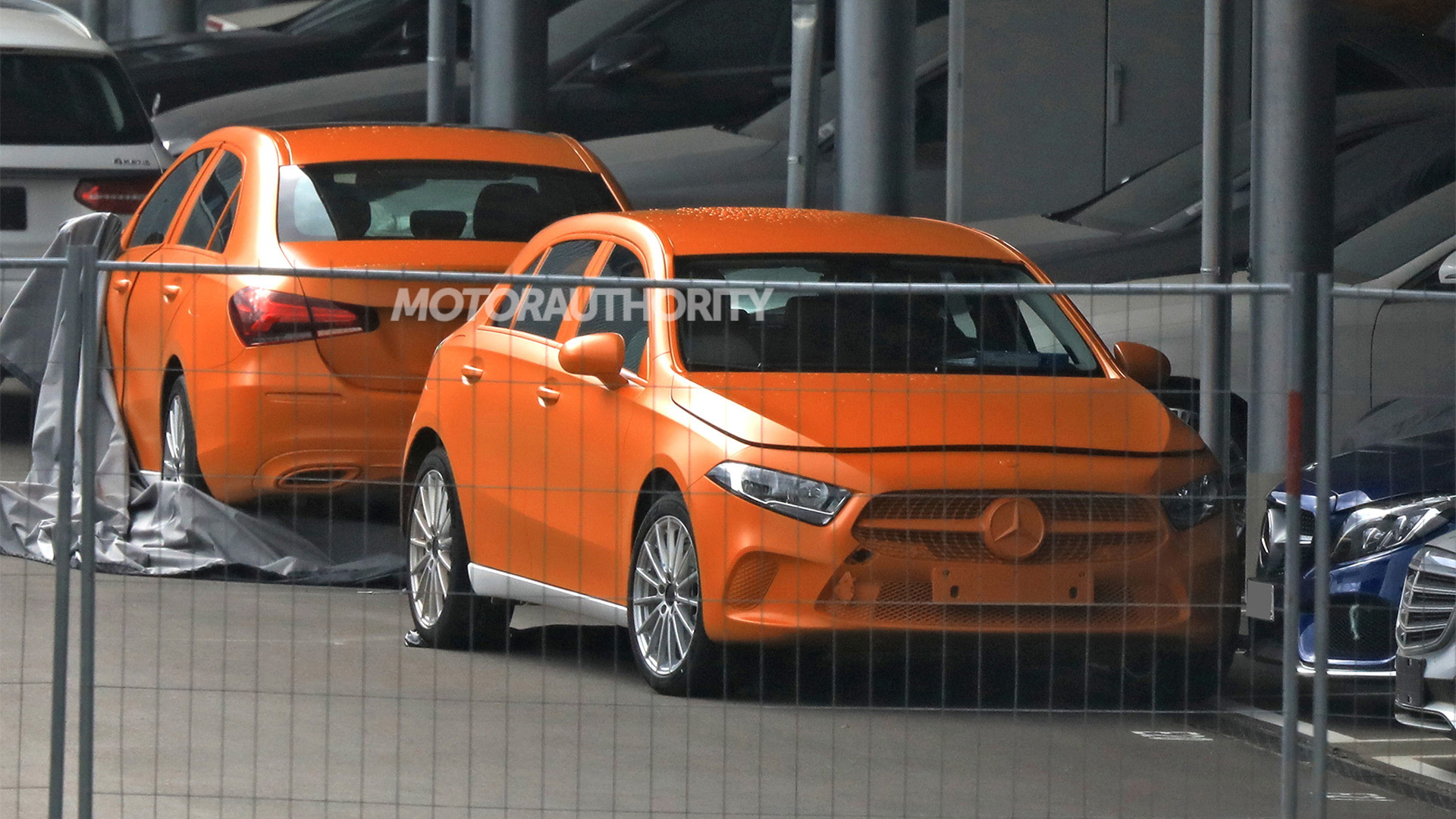 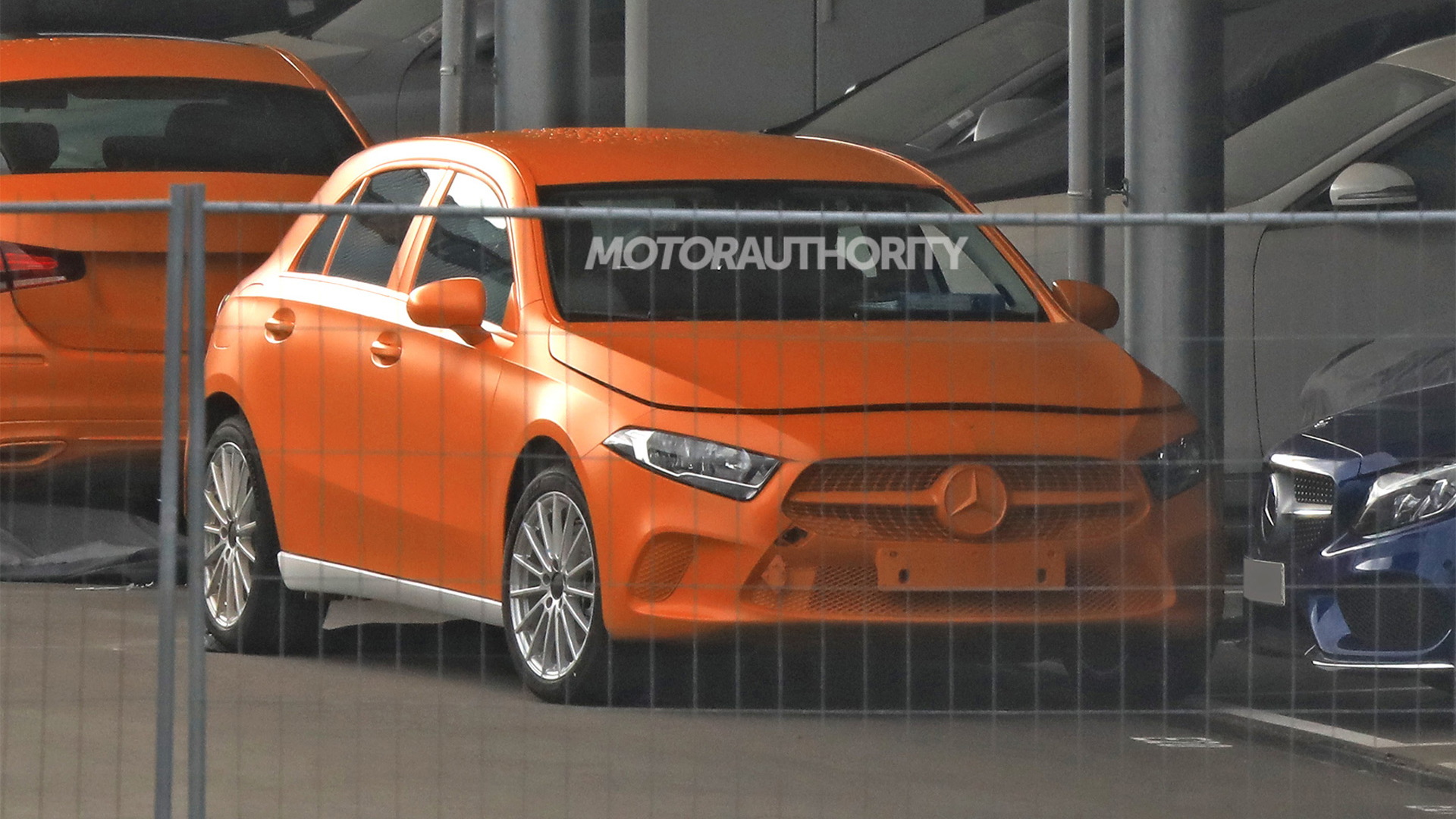 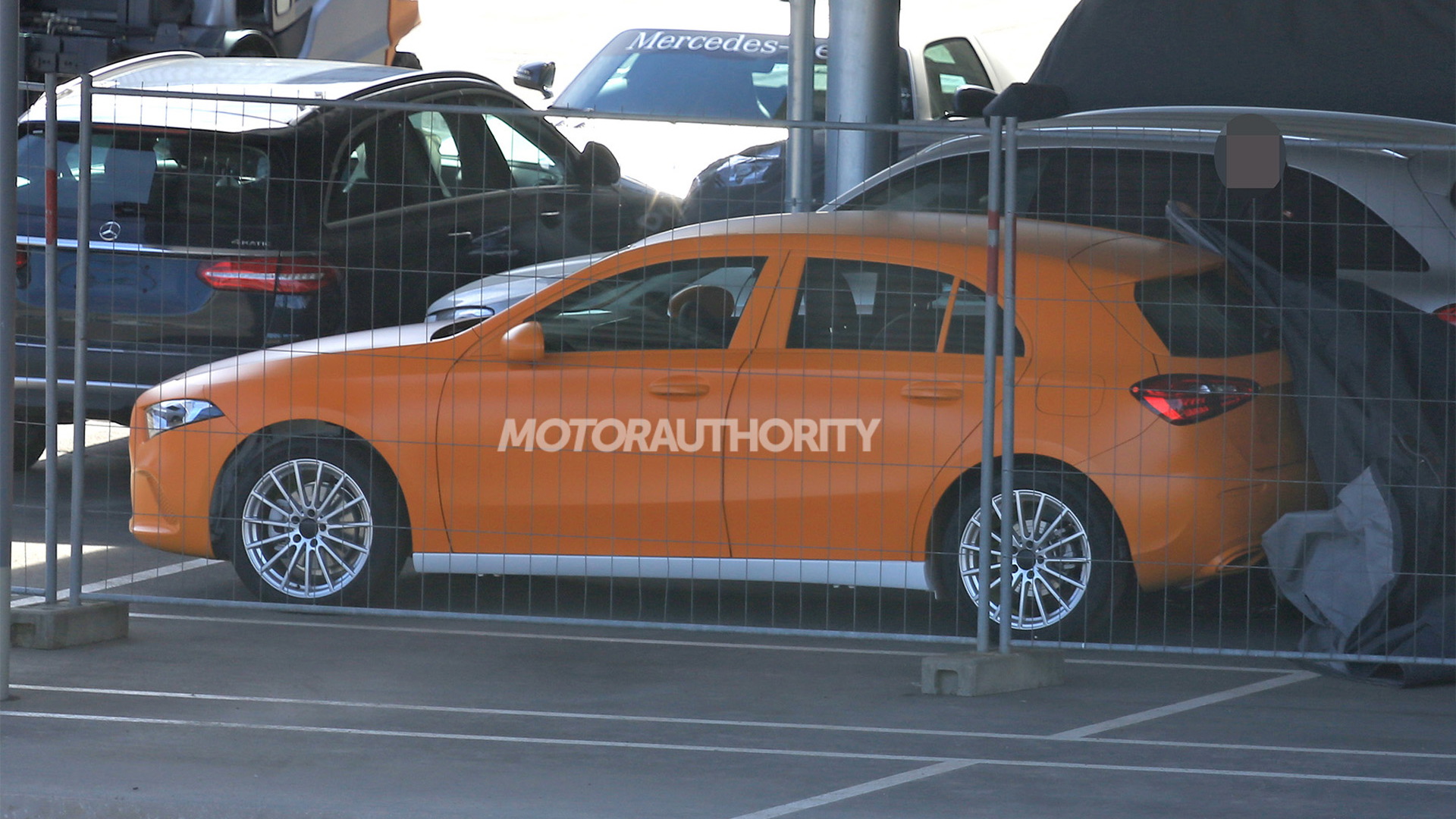 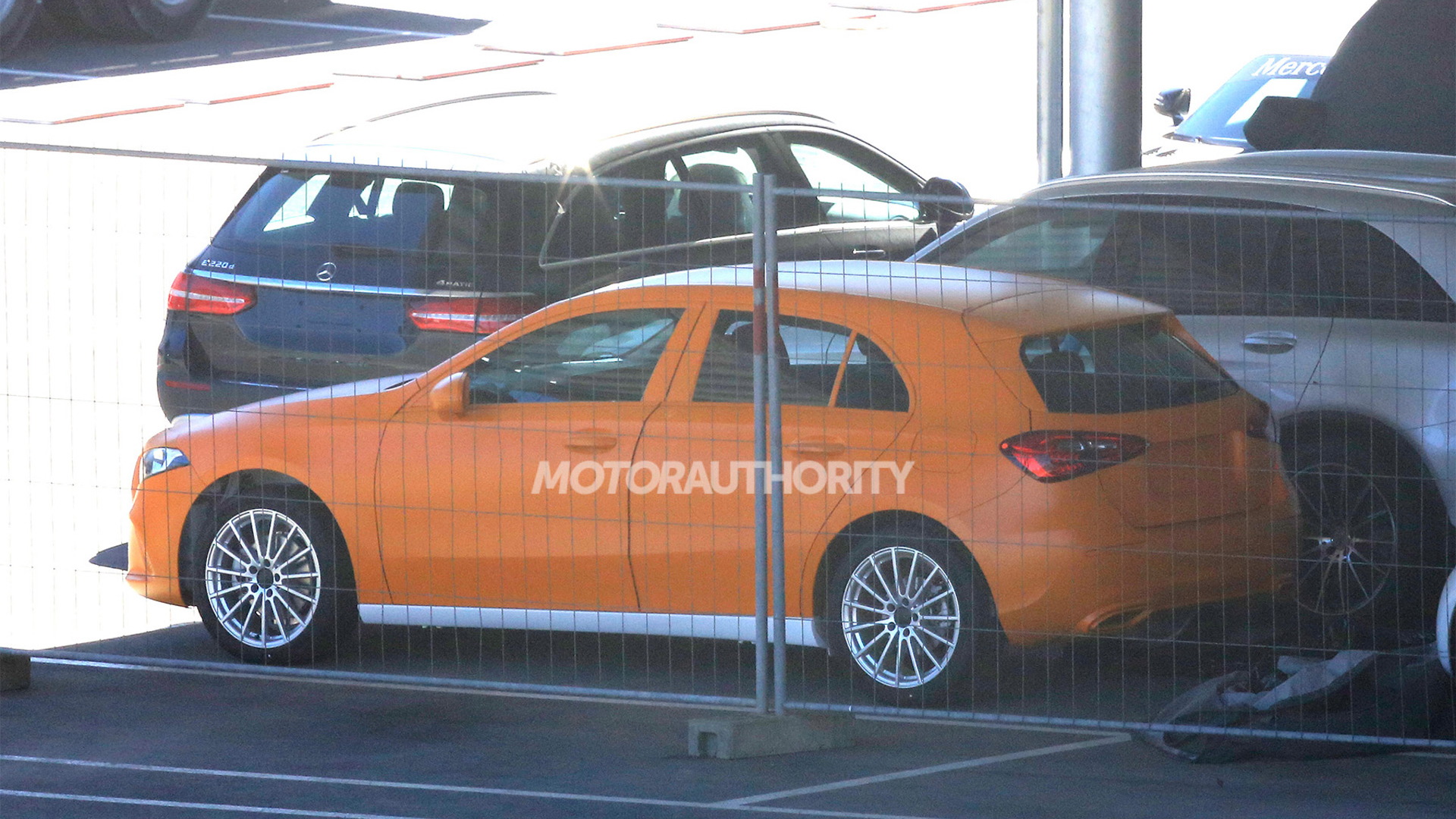 A new generation of the Mercedes-Benz A-Class compact hatch is brewing and we have new spy shots that reveal the complete design. We also have a video showing a prototype on the move.

We’ve already been treated with a preview of the design in the form of the A Sedan concept. Specifically, the concept previewed a new A-Class sedan that's also out testing, but its front section closely resembles the design used on the A-Class hatch.

Judging by the latest spy shots and video, the proportions match those of the current A-Class hatch. The wheelbase appears longer, however, as evidenced by the stretched rear doors. This should result in some much-needed space in the cabin.

Speaking of the cabin, though heavily disguised it appears Mercedes' designers are integrating the central screen with the dash instead of attaching it on as in the current model.

Another change is the positioning of the side mirrors. They are now mounted on the doors instead of higher up at the base of the A-pillars. This should result in improved visibility. And those strange markings at the top of the windshield are likely sensors for various driver aids.

The new A-Class hatch will be the first model to ride on the next-generation version of the current MFA (Modular Front-drive Architecture) platform used in compact cars from Mercedes. Referred to as MFA2, the next-generation platform will bring weight savings plus greater capacity for alternative powertrains. A stretched version of this platform will underpin the next B-Class, the aforementioned A-Class sedan, and even a new SUV rumored to be called the GLB.

Infiniti was also to use the platform for future compacts but has since abandoned those plans. It turns out the platform is not compatible with the Japanese firm’s variable compression engines.

For the Mercedes models, expect inline-4 engines and dual-clutch transmissions to feature prominently. High-performance models from Mercedes-AMG are also being developed. We hear the next A45 from AMG will pack as much as 400 horsepower.

As the current A-Class hatch made its debut in 2012, we should see this new one revealed in 2018—possibly at the 2018 Geneva Motor Show next March. Unfortunately, we don’t expect to see the new A-Class hatch in the United States due to low demand for this particular body style in the premium segment. The good news is that the sedan is a sure bet for our market.