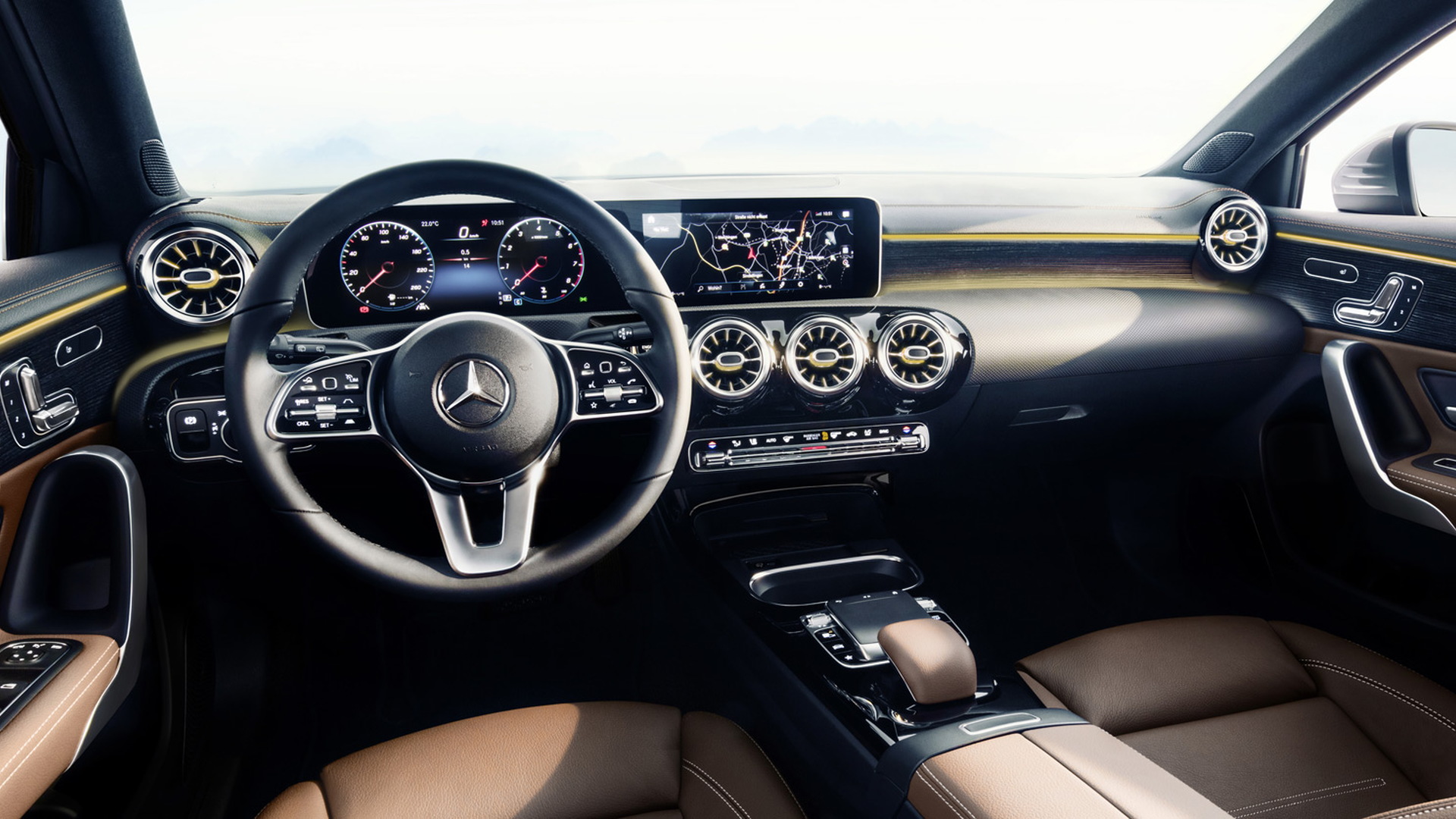 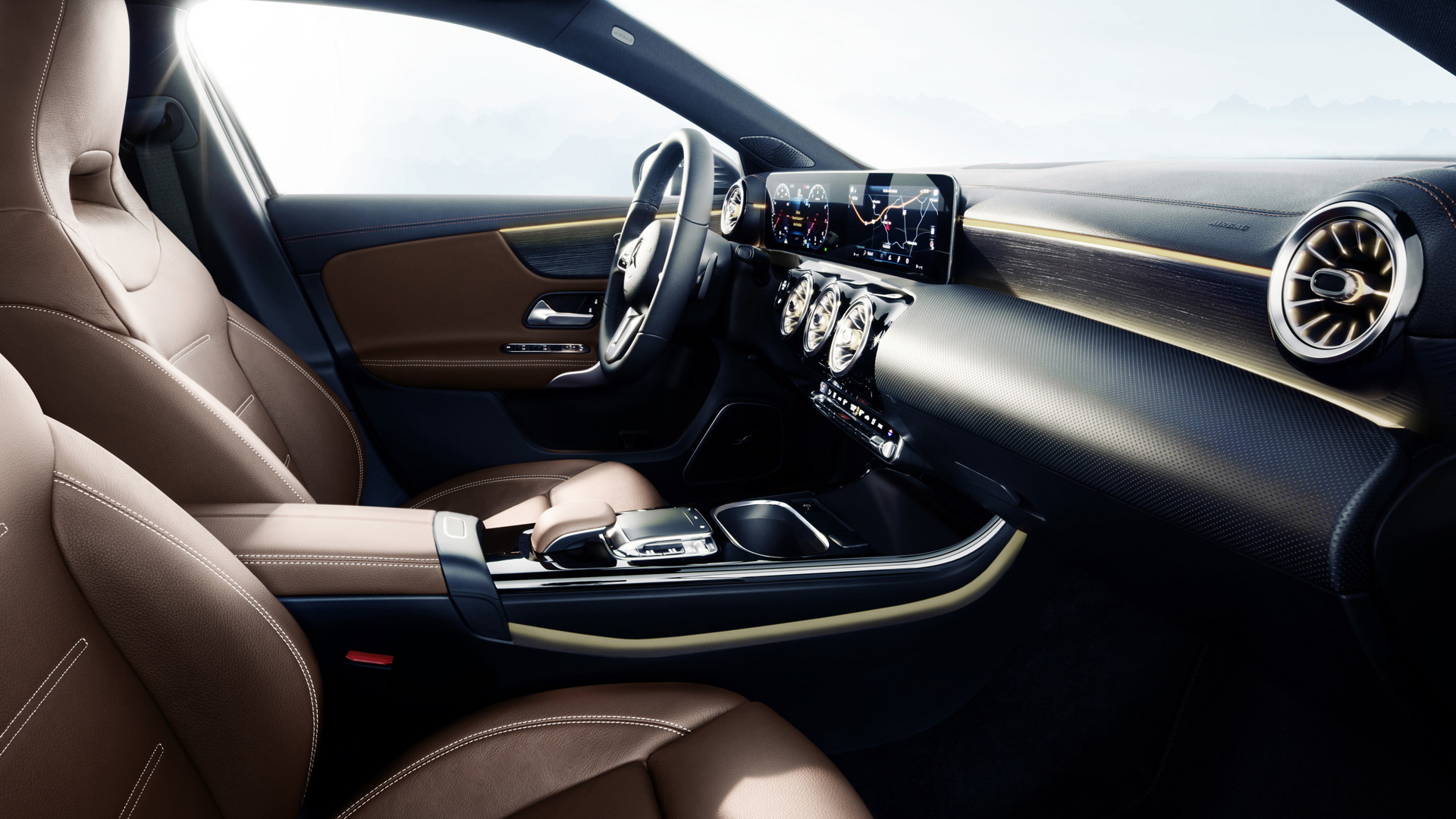 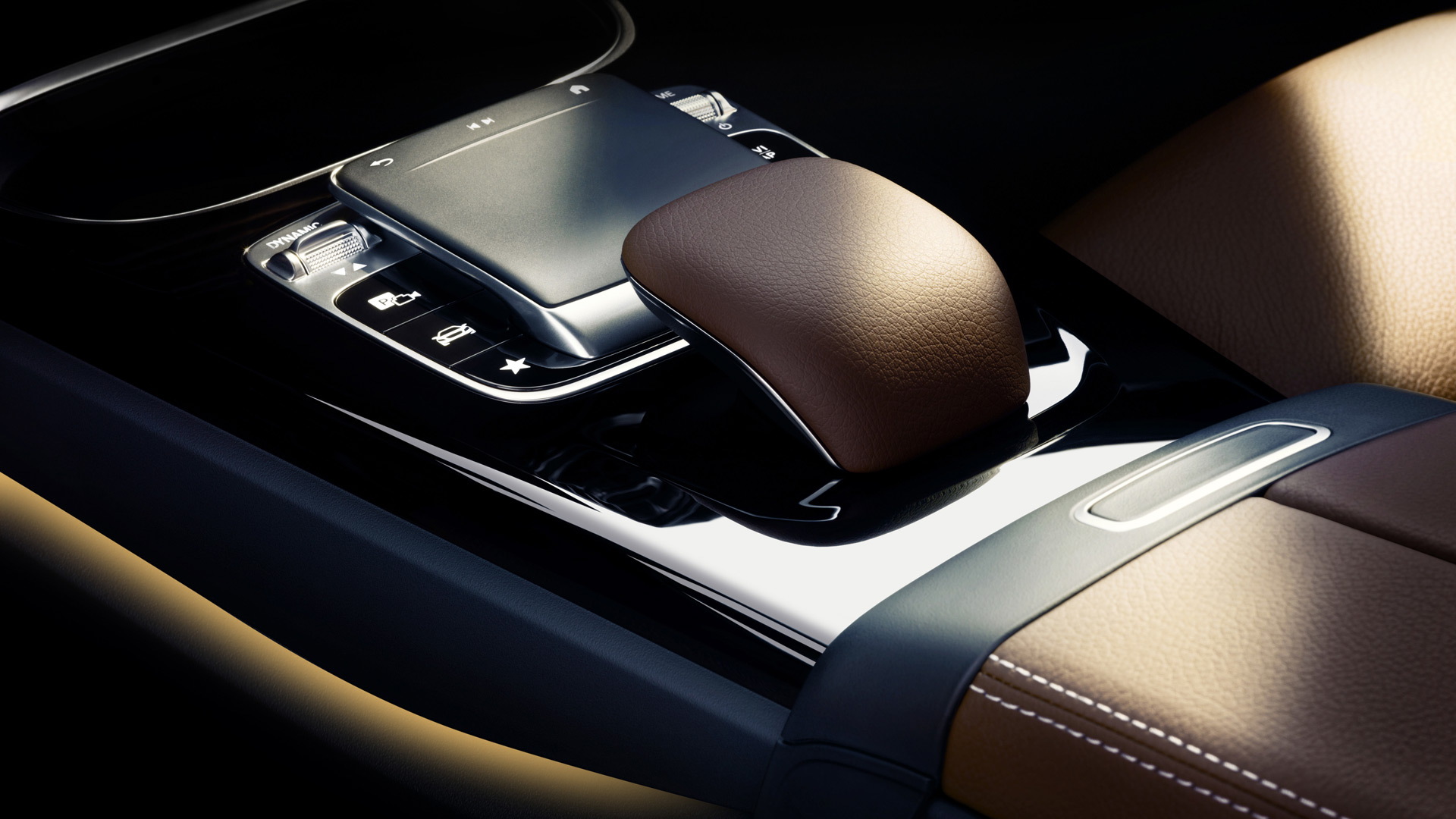 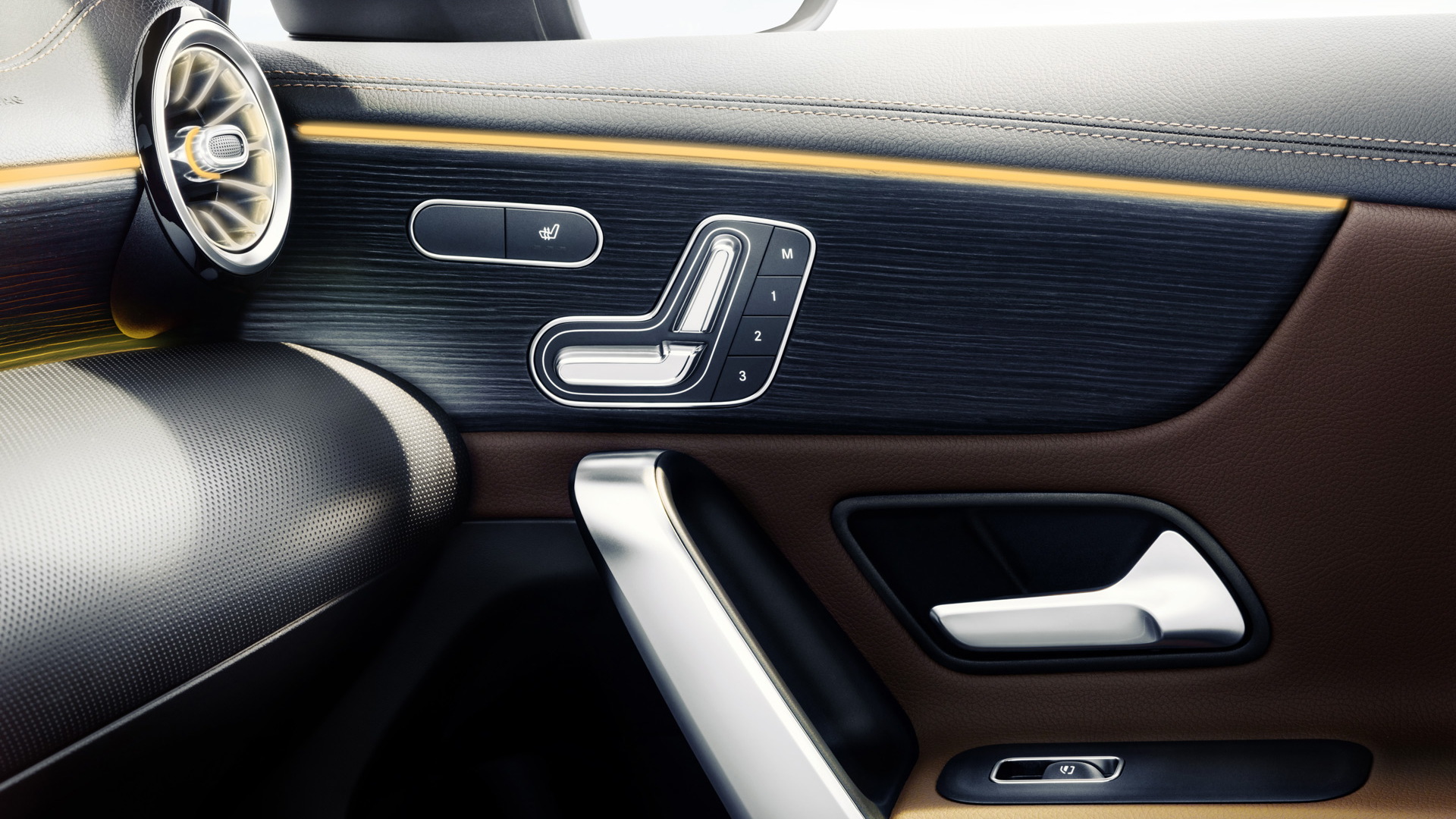 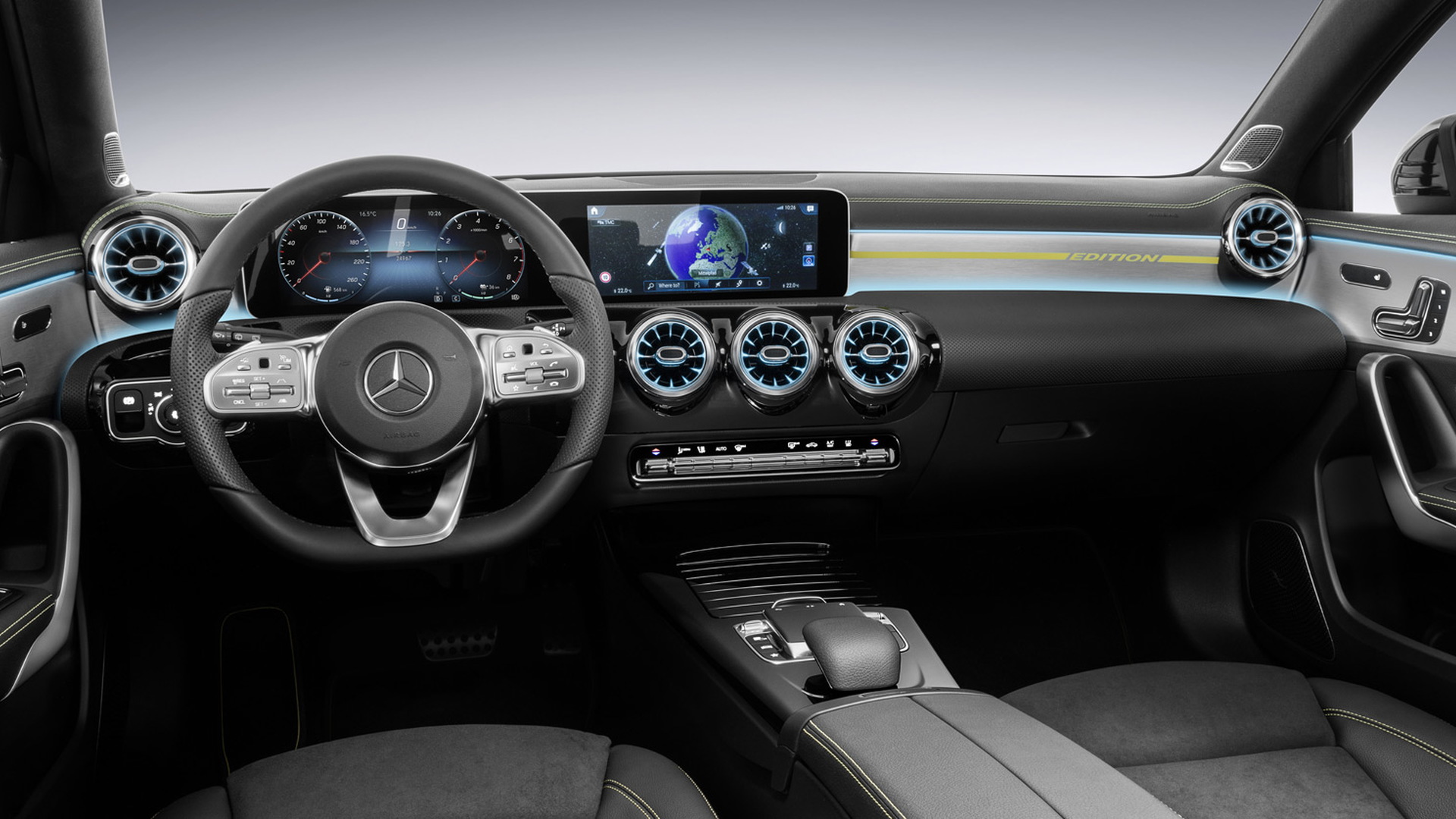 The interiors of Mercedes-Benz’s next-generation compact cars are taking a marked step up in the areas of design and quality.

The German automaker on Wednesday gave an early look at the interior that will be appearing in cars like the next-generation CLA and GLA, as well as a new A-Class sedan. It will appear first in a next-generation A-Class hatchback due for a reveal early next year.

What’s immediately noticeable is a lack of a conventional dash cowl containing the instrument cluster. Instead there’s simply a “floating” screen which joins up with a second screen for the infotainment system.

There’s also no missing the jet turbine-style air vents which until now have only featured in more upscale models from the automaker. But Mercedes doesn’t stop there.

The multifunctional steering wheel comes from the S-Class, for example. The front seats likewise have comfort features available from higher segments, including seat climate control and massage function. Also borrowed from higher segments is the touchpad-based controller in the center stack, plus the availability of premium materials, including for example open-pore wood.

This really is luxury at a level previously unattainable in the compact class.

But it’s not just about the looks. Mercedes says visibility has been improved over the predecessor models by around 10 percent, primarily by slimming down the roof’s pillars and their claddings.

The automaker has also increased space, made possible primarily via a longer wheelbase. And trunk space is also up. Mercedes says for the A-Class hatchback, there’s 13 cubic feet of storage, 1 more than before. The trunk opening is also bigger than before thanks to a revised design of the taillights.

As mentioned, the first of Mercedes new compacts will be an A-Class hatchback. It won’t be sold in the United States but an A-Class sedan will follow shortly after and is expected here.