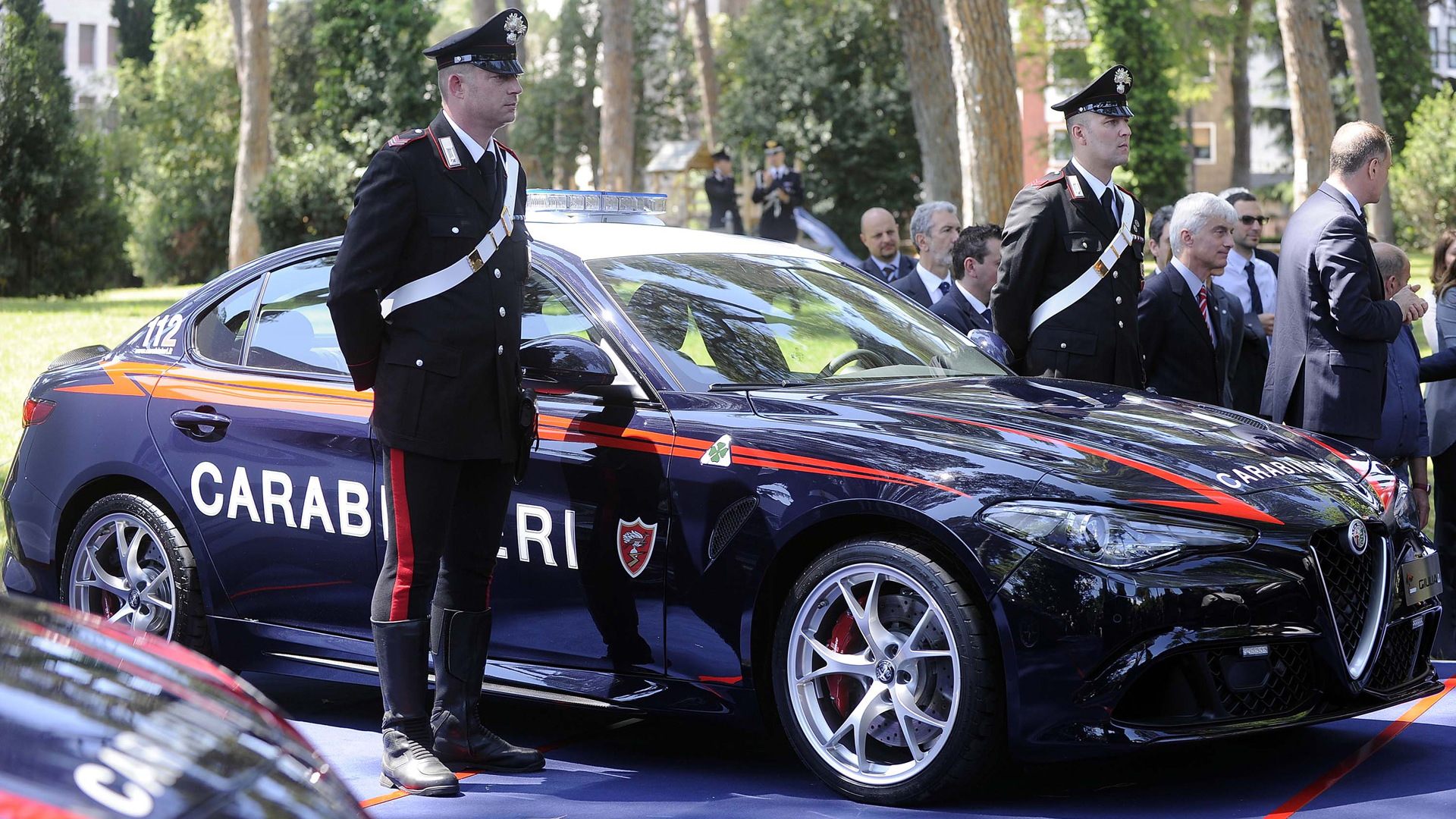 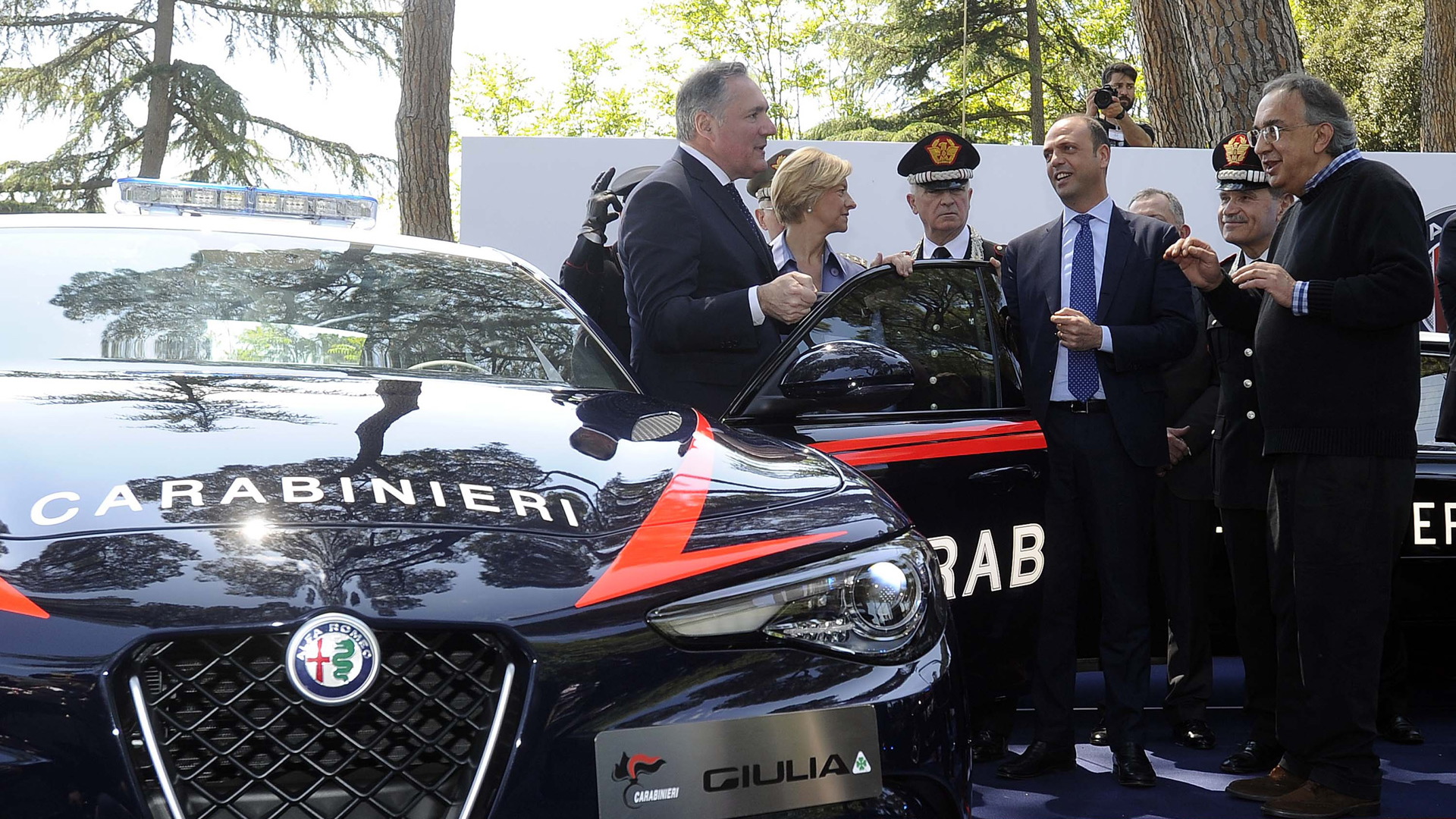 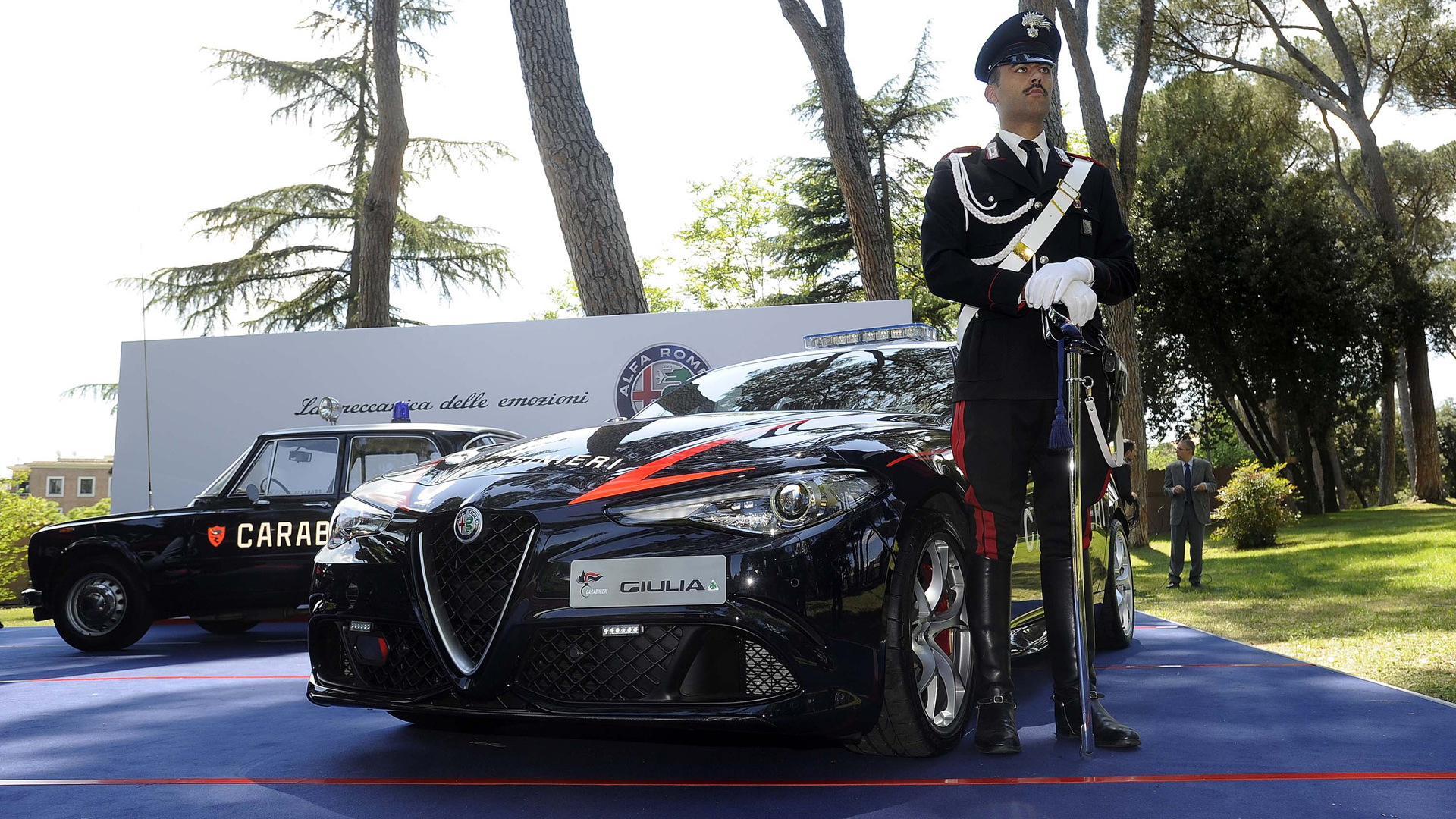 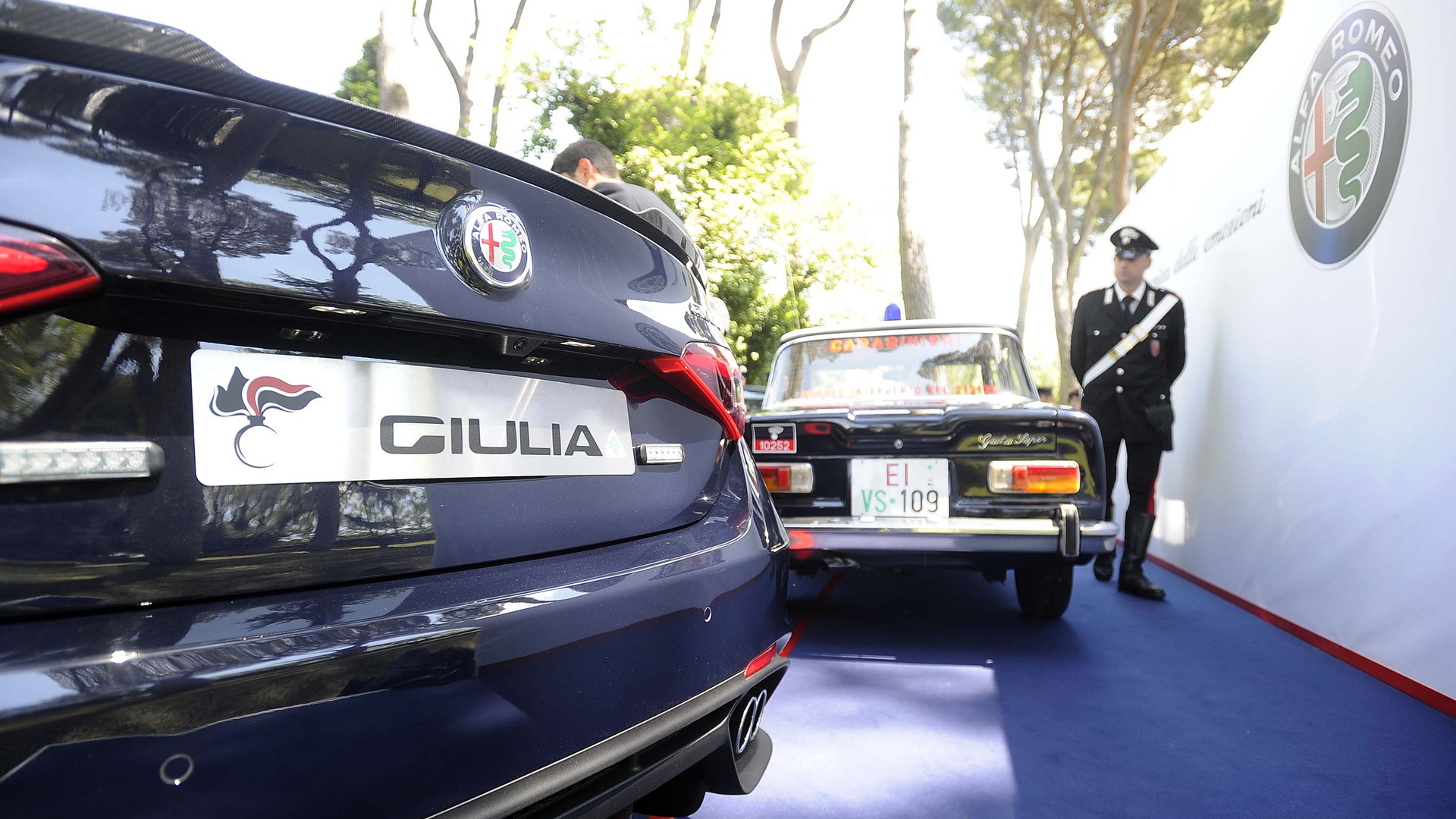 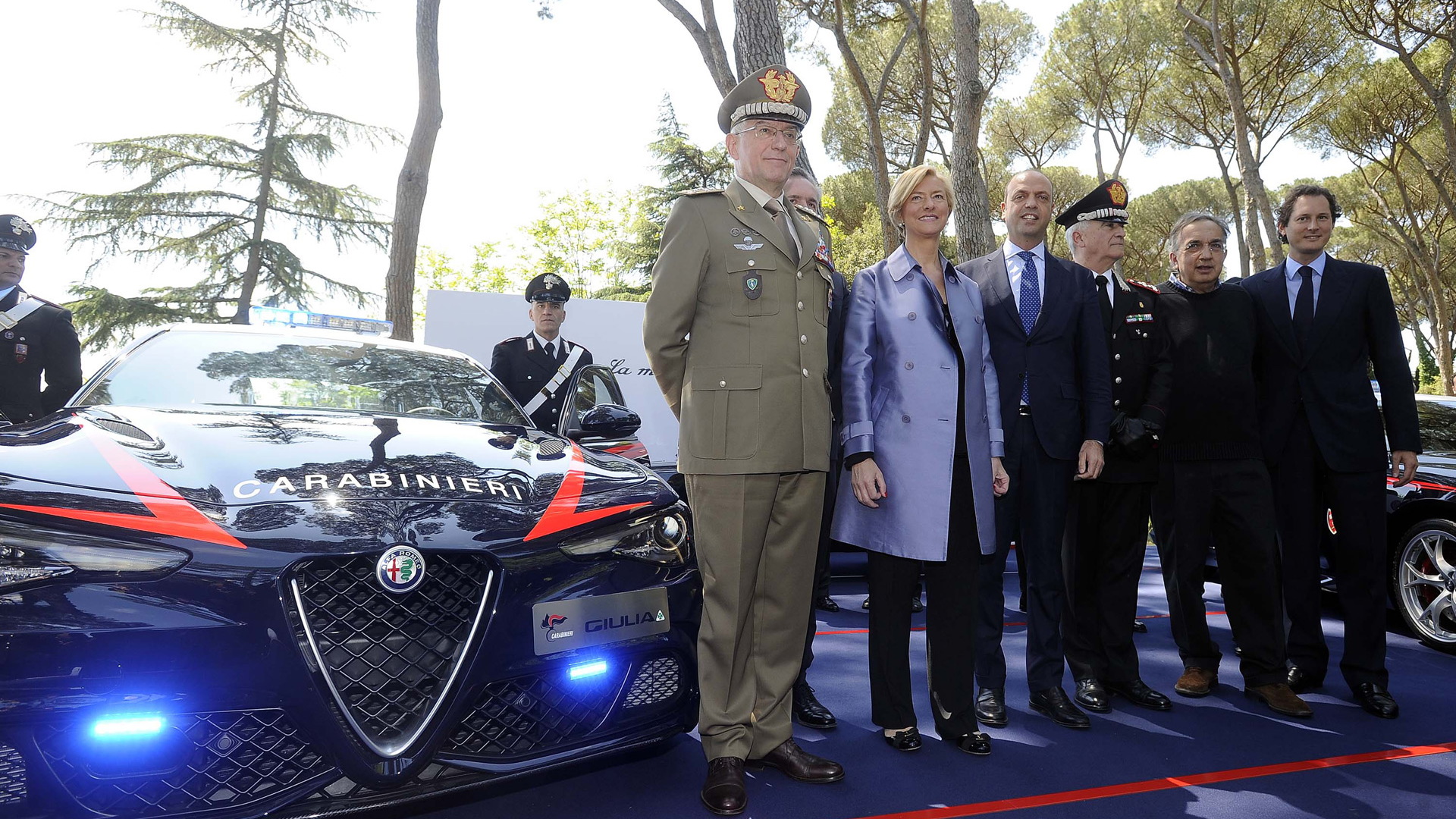 Alfa Romeo’s long-awaited Giulia entered production a few weeks ago and one of the first to get their hands on the svelte sedan is Italy’s famous Carabinieri.

The Italian police force is no stranger to impressive cars. Though nothing on the scale of the police cars officers in Dubai enjoy, there have been some impressive rides in the Carabinieri fleet over the years, including a Lamborghini and a Lotus.

We can now add the 505-horsepower Giulia Quadrifoglio to the list.

Two of the high-performance Giulias were handed over during a recent ceremony in Rome attended by Fiat Chrysler Automobiles [NYSE:FCAU] Chairman John Elkann and CEO Sergio Marchionne. The cars feature the livery of the Carabinieri as well as a few special items for police duty.

We’re looking forward to when the Giulia finally goes on sale in the United States, which is currently expected to happen late in the summer. The first U.S.-spec Giulias are due to enter production next month.

As previously reported, the first examples due here will be the Giulia Quadrifoglio. Regular Giulias, which will offer 276 hp, should follow shortly after.