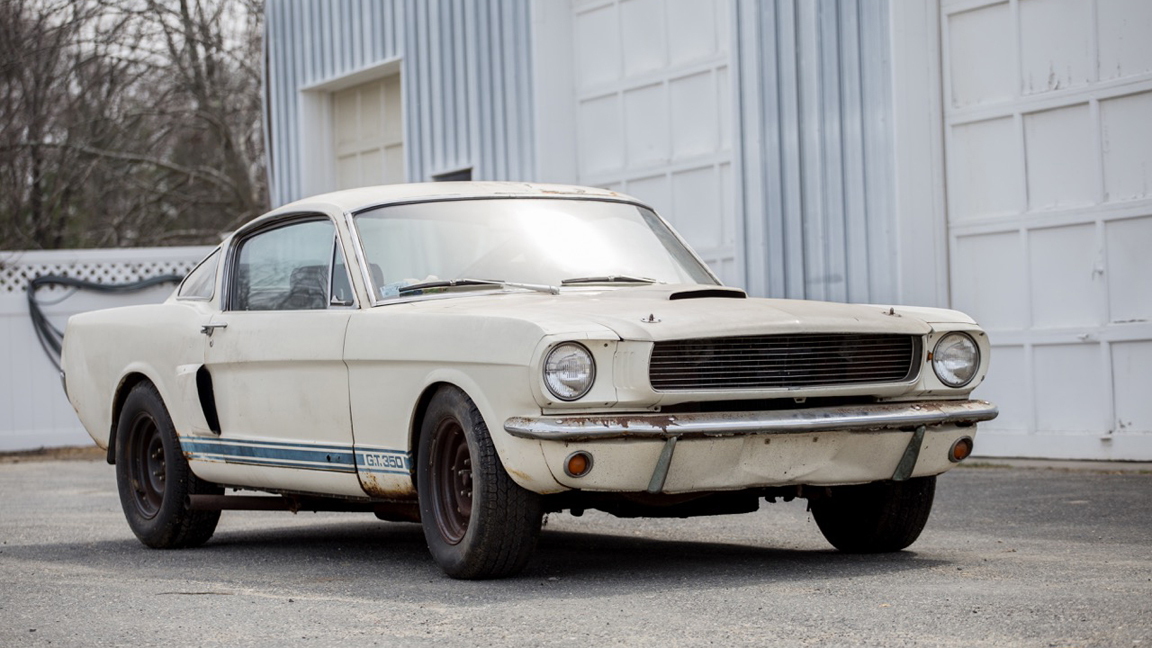 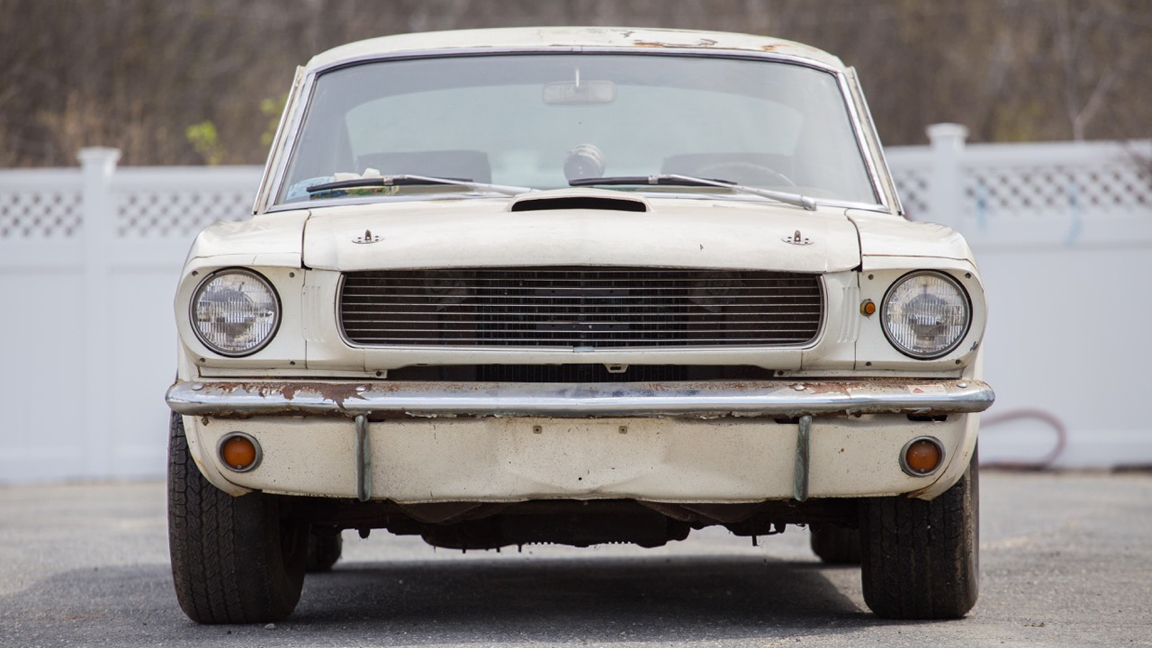 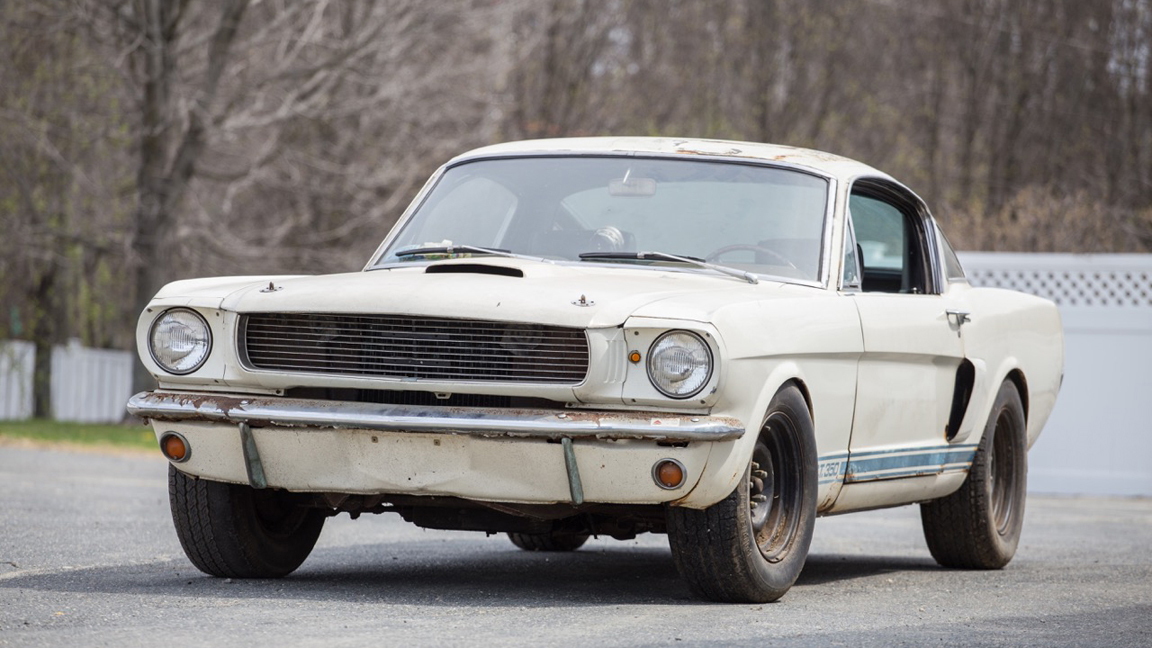 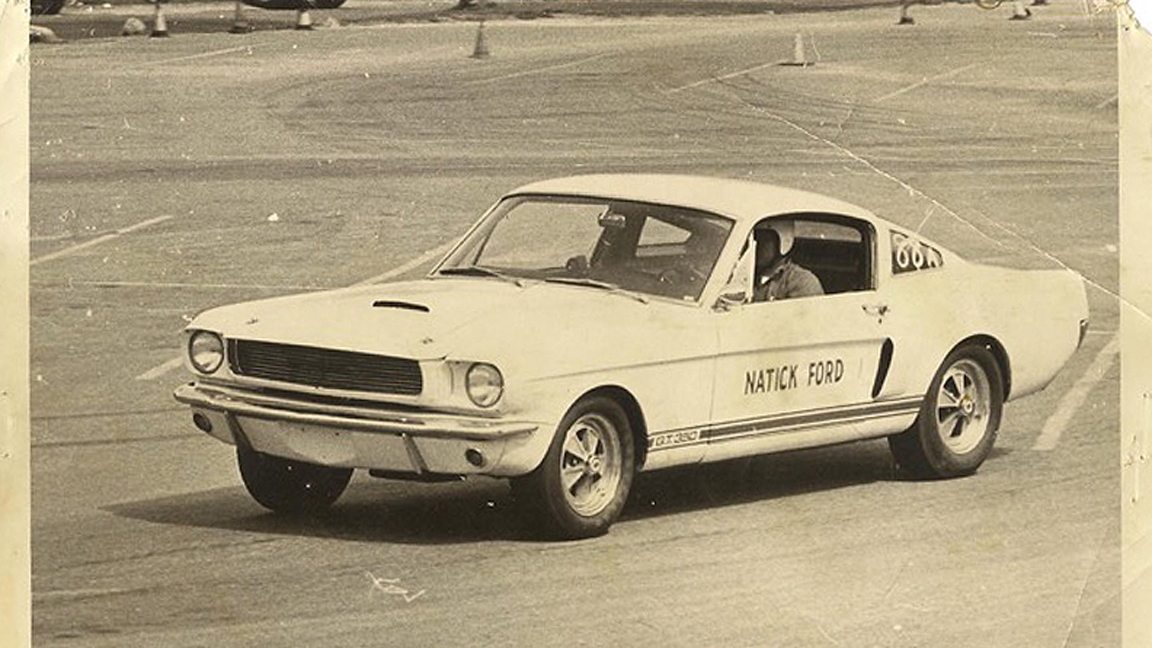 It's not very often that a true barn find—a desirable one, at least—comes up for auction, but that's just what you get with this well-patinaed 1966 Ford Motor Company [NYSE:F] Shelby GT350.

The classic Ford will be offered by Bonhams at the auctioneer's annual event on the sidelines of the 2016 Greenwich Concours d'Elegance in Connecticut early next month.

CHECK OUT: Tupac's Hummer comes up for sale

The '66 was apparently used as a demonstrator and occasional competition car by a Ford dealer in Framingham, Massachusetts, a suburb of Boston. It was eventually sold, but its first true owner only drove it 55,000 miles before parking it for good in 1976.

Car is in "time capsule" condition

It isn't clear from Bonhams' description just why the car was parked, but given that it was just a used car with a big, guzzling V-8 engine in an era of lines at gas stations, we can probably take a good guess.

Pulled out of storage but still thoroughly dusty and not exactly looking roadworthy, the GT350 is said to be in "time capsule" condition by the auctioneer. The car will come with original documentation, including a Shelby brochure, and the aftermarket Cragar mag wheels pictured.

What makes this particular GT350 especially interesting is that, even though it looks like a 1966, it is actually a 1965 model. Shelby updated a handful of 1965s with the 1966's look when they were new. The cars are referred to as "carryovers" by Shelby enthusiasts. The serial number means that the car will actually qualify for vintage racing events where the cutoff is cars built after 1965.