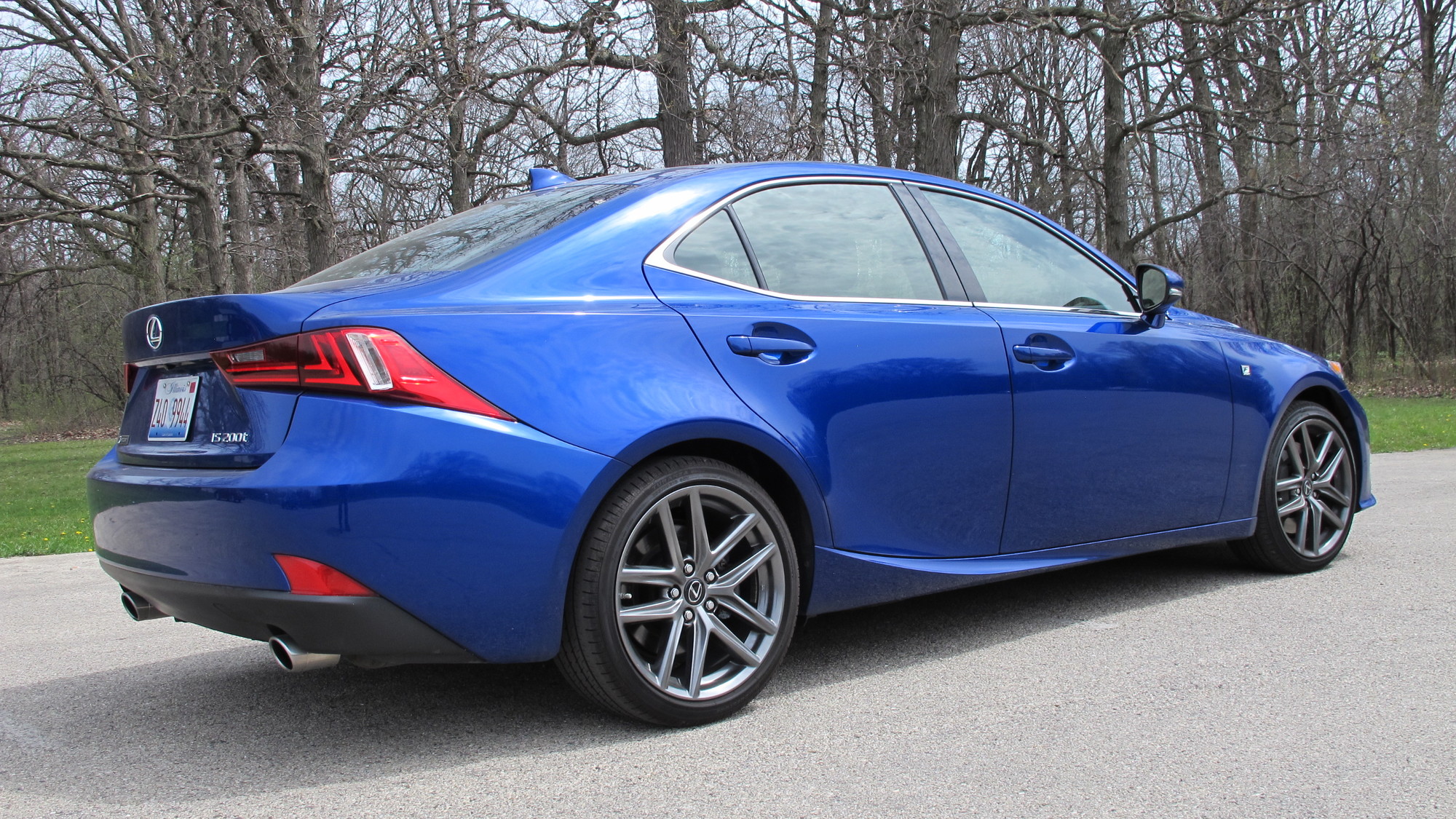 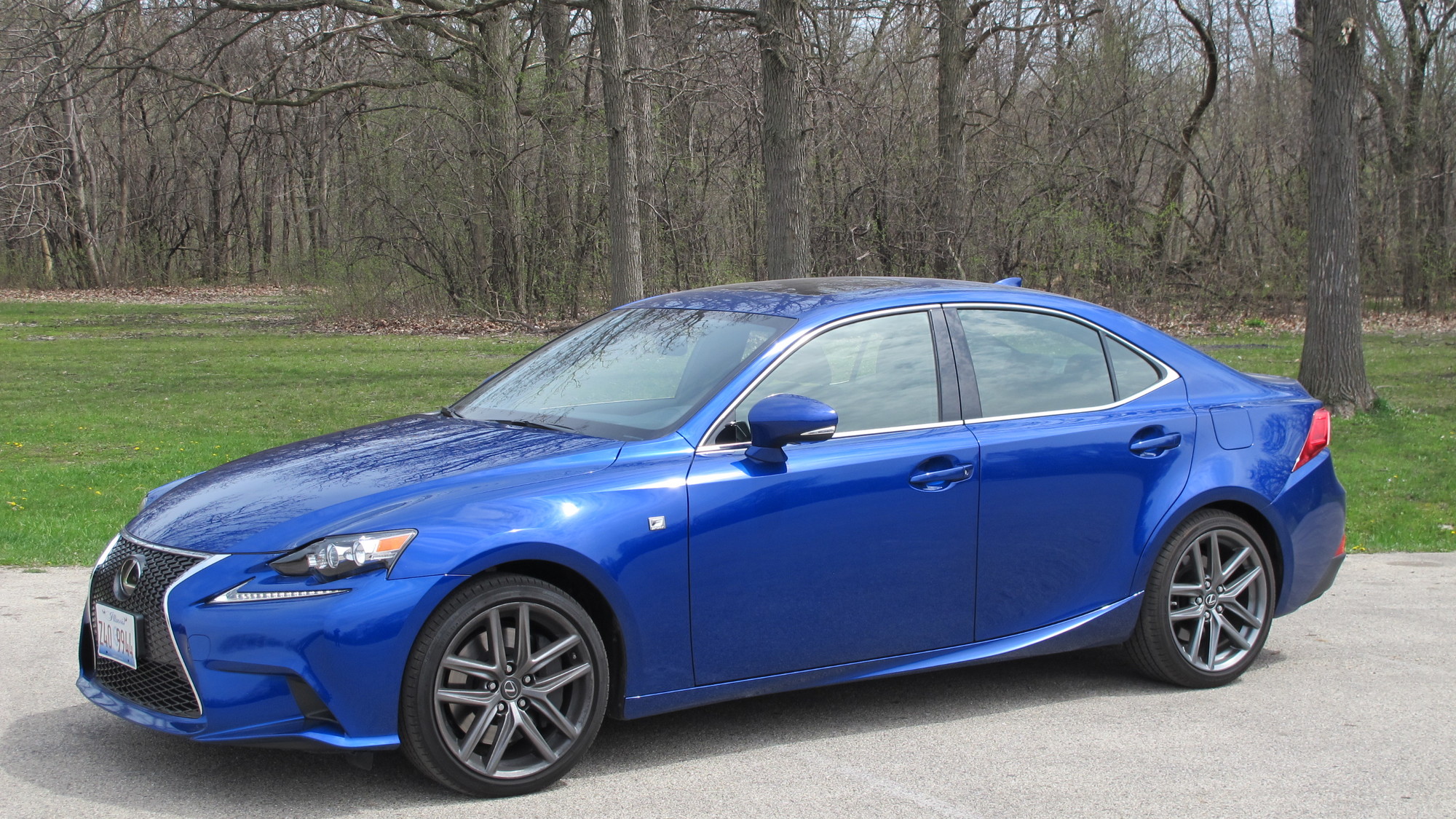 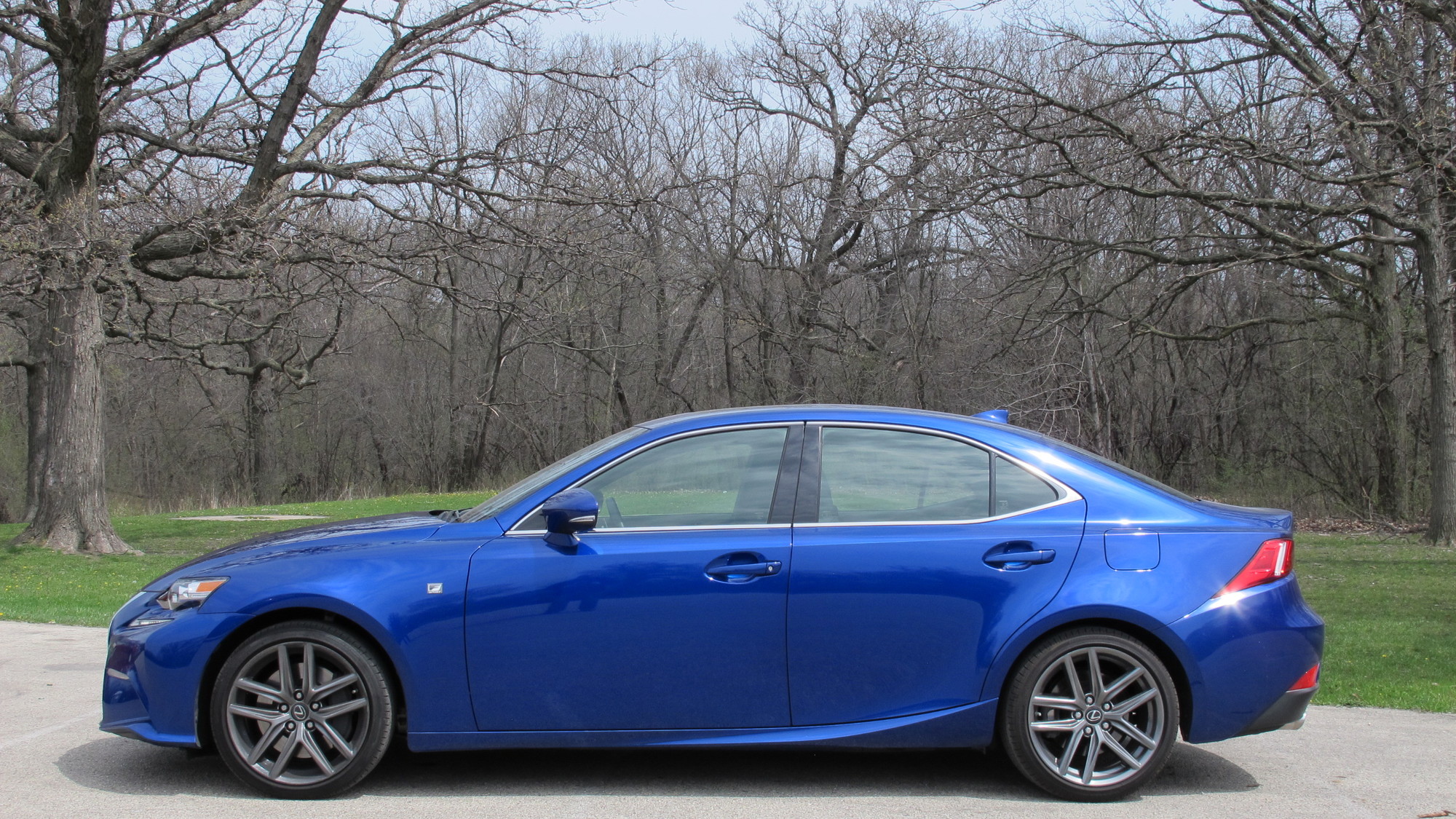 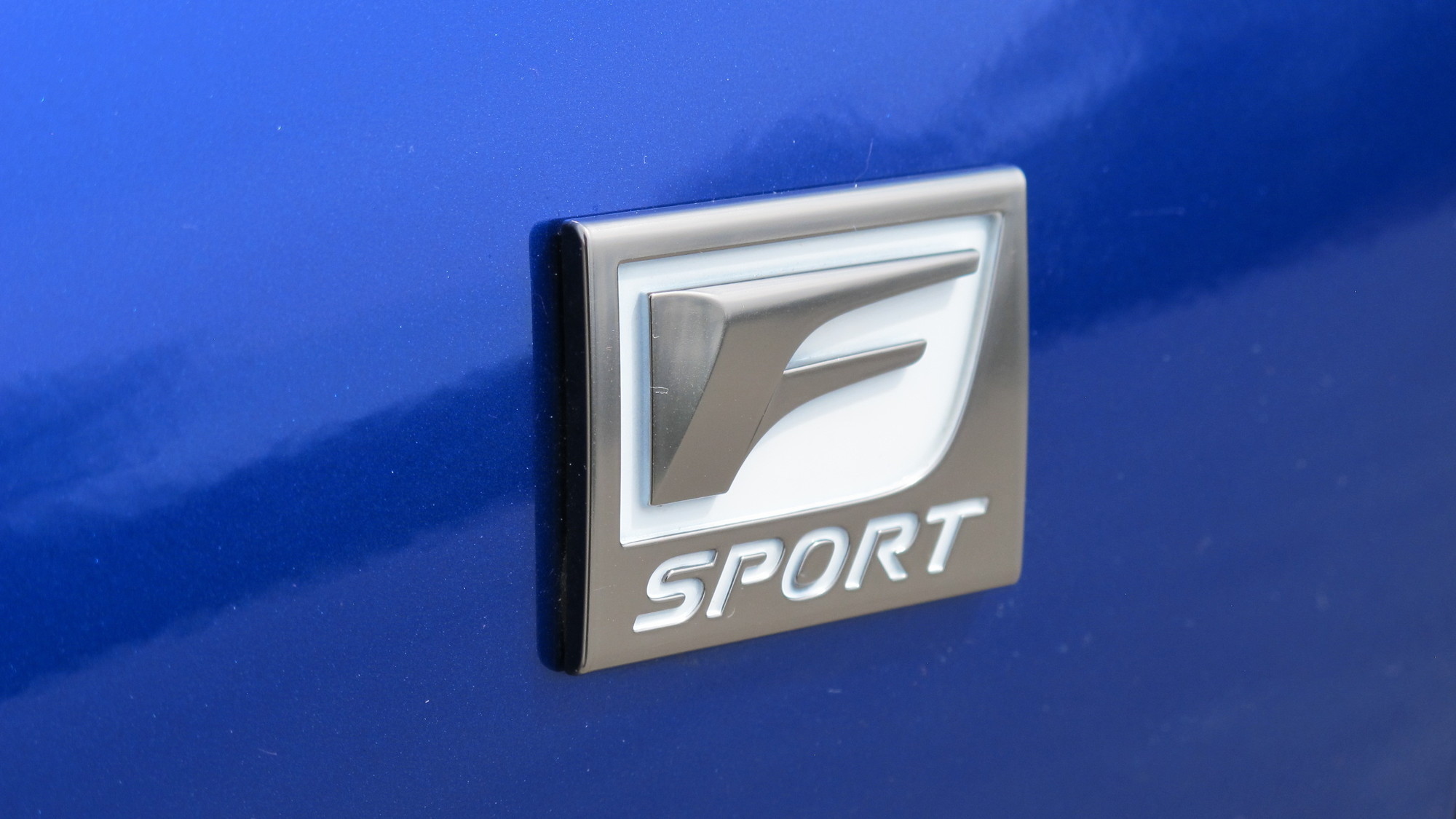 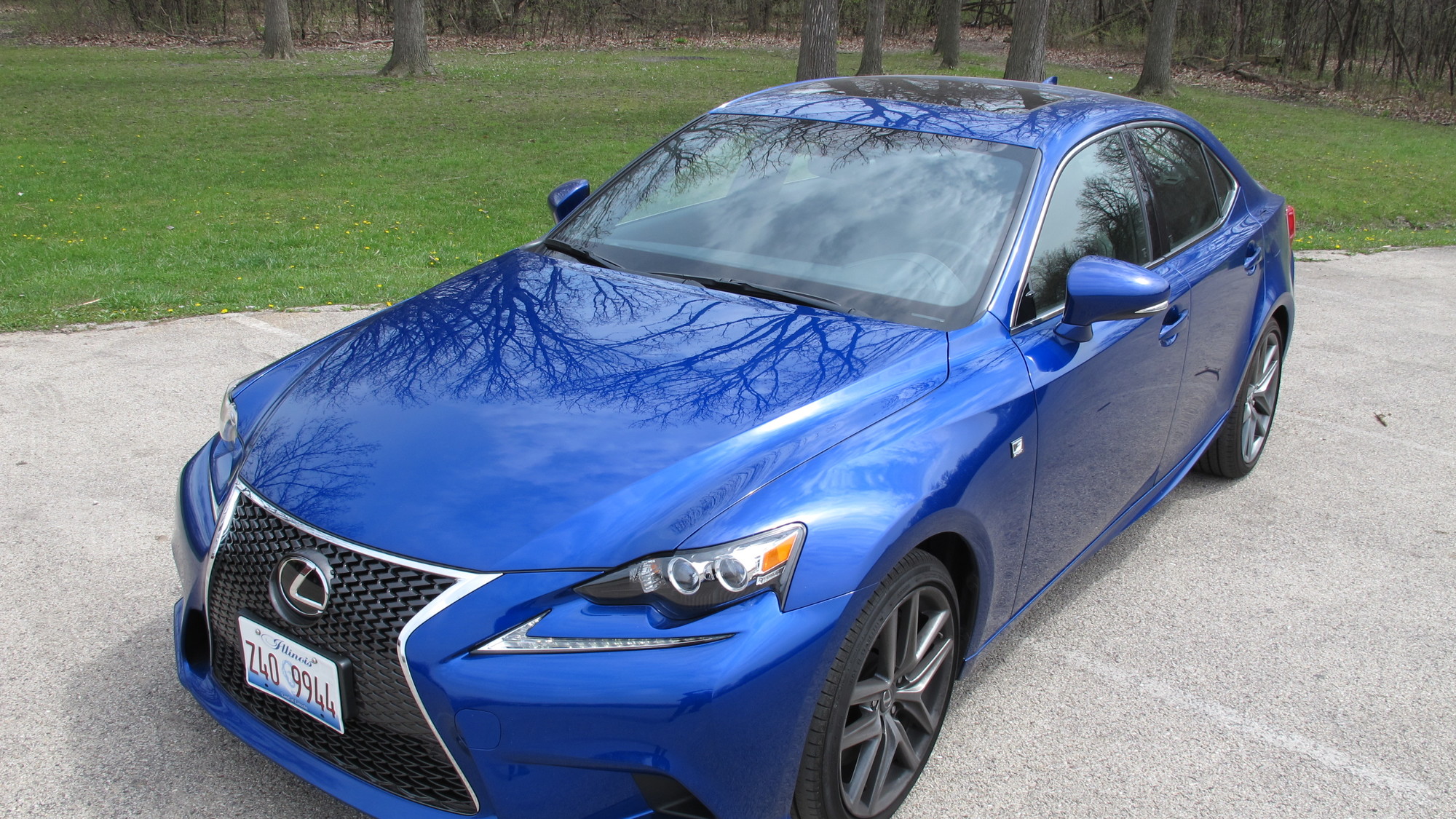 Automotive quiz question: Which automaker has had the worst engine on the market for, oh, the last decade or so? Surprisingly, the answer is Lexus. The Japanese luxury brand's 2.5-liter V-6 offered little in the way of power, and made up for that shortcoming by delivering mediocre fuel economy. And yet, some 80 percent of IS sport sedan buyers chose it over the much stronger and not much thirstier 3.5-liter V-6.

That changes for the 2016 model year. The 2.5 has finally been thrown onto the scrapheap of history where it can wallow with Chrysler's 3.7-liter V-6 and Nissan's supercharged 3.3-liter V-6 as engines that would do better duty as boat anchors. In its place Lexus is offering a turbocharged 2.0-liter 4-cylinder in the new 200t model.

This week's test car is a 2016 Lexus IS 200t F Sport. Priced at $46,300 (with a $38,285 starting price), it is outfitted with a blind-spot monitor with rear cross traffic alerts and a heated driver's side mirror ($600); a navigation system with the Mark Levinson audio system ($2,645); beautiful Ultrasonic Blue Mica premium paint ($500); adaptive cruise control with a pre-collision system ($500); an F-Sport perforated leather steering wheel ($150); and the F Sport package ($3,545). The F Sport equipment includes staggered 18-inch summer tires (225/40s up front and 255/35s out back), firmer suspension settings, heated and ventilated front sport seats, aluminum pedals, a black headliner, a TFT instrument cluster, a rearview camera, and a number of visual exterior tweaks.

After spending a week with the new engine, I can certainly say it is an improvement over the 2.5, but it could be better. It delivers power nicely from a stop, getting you around town with ease. However, highway response and overall performance is somewhat lacking compared to the competition. Somewhere between turbo lag and the 8-speed automatic transmission's reluctance to downshift, there is definite pause when you punch it for passing on the highway.

Zero to 60 mph arrives in a claimed 6.9 seconds. That's eight tenths of a second quicker than the 2.5-liter V-6, but about a second slower than the times posted by the BMW 3-Series and the new Audi A4 equipped with their own 2.0-liter turbo fours. By comparison, Audi's 2.0 is rated at 252 hp and 273 lb-ft of torque and BMW's is rated at 240 hp and 255 lb-ft. Audi's ratings appear to be dead-on, but BMW's engine seems vastly under-rated.

Otherwise, the IS 200t has the same strengths and weaknesses of other IS models. The handling is tight and responsive, with a natural steering feel that firms up a bit when you engage the Sport mode. Push it to its limits and the car has a tendency to understeer, due to a bit too much weight and a front weight bias. However, it's agile and genuinely fun to drive. This is a true sport sedan.

The F Sport's supportive bucket seats help create a tight cockpit-like feel but are wide enough for larger backsides. In my opinion, however, the control layout is a mess. Both the joystick-like controller for the Enform infotainment system and the sliders for temperature control require manual dexterity, which should never be a prerequisite for an in-car control system. You can choose radio stations via the joystick or a small dial far to the right of the center stack. I had to think about where to move my hand to find the right controls, and then I didn't always hit the right spot on the screen because I'm not adept with the joystick. Say what you will about  BMW's iDrive or Audi's MMI, but they have one central controller and it's easy to get used to those systems quickly. Lexus should just scrap Enform and start over.

Infotainment systems aside, the Lexus IS is a fun sport sedan that now has a better base engine. If Lexus adds direct injection (or DI and port injection), to the model it's about to show in Beijing, it will have a real contender.

For more on the Lexus IS, see the in-depth reviews over at The Car Connection.