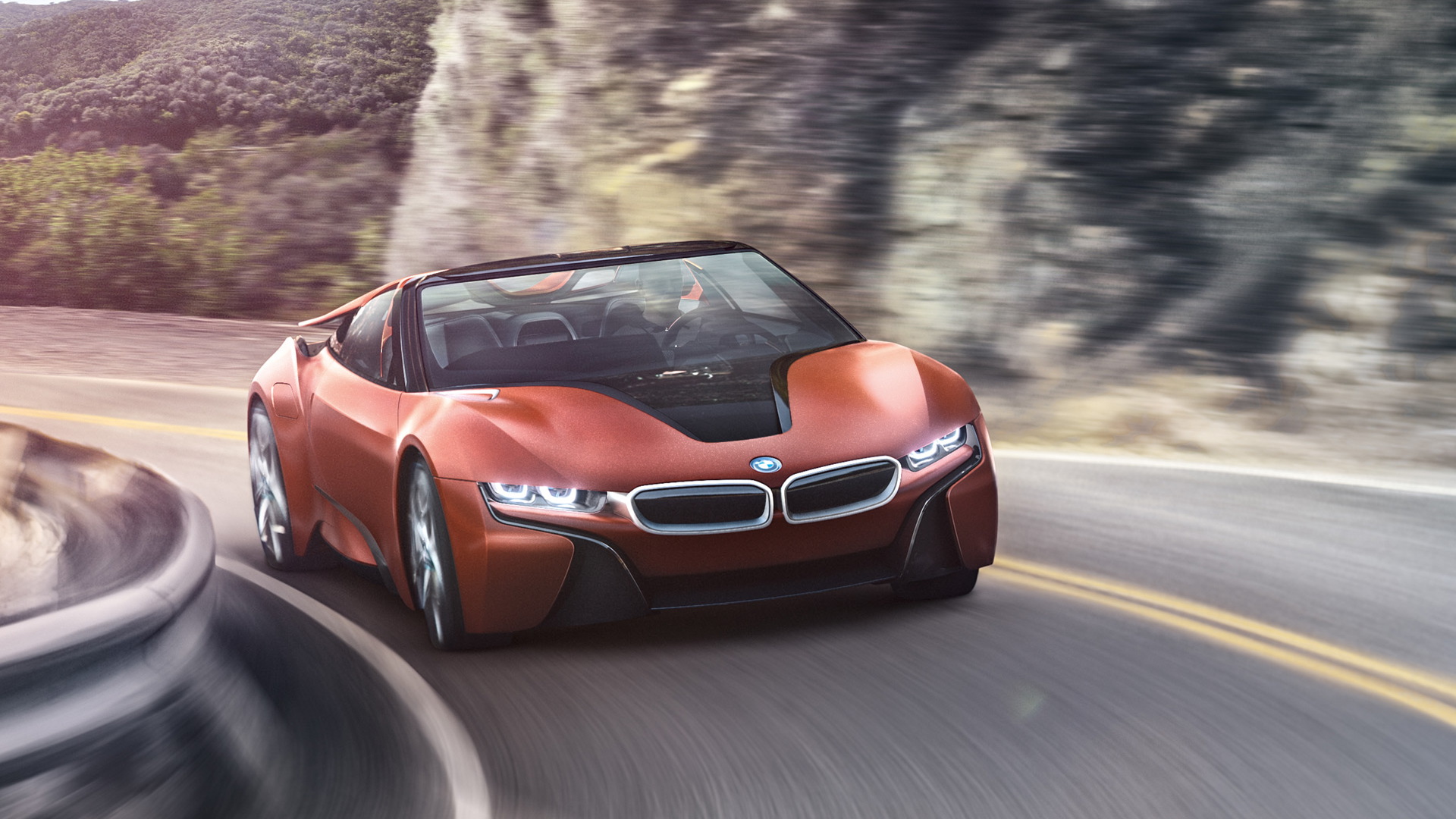 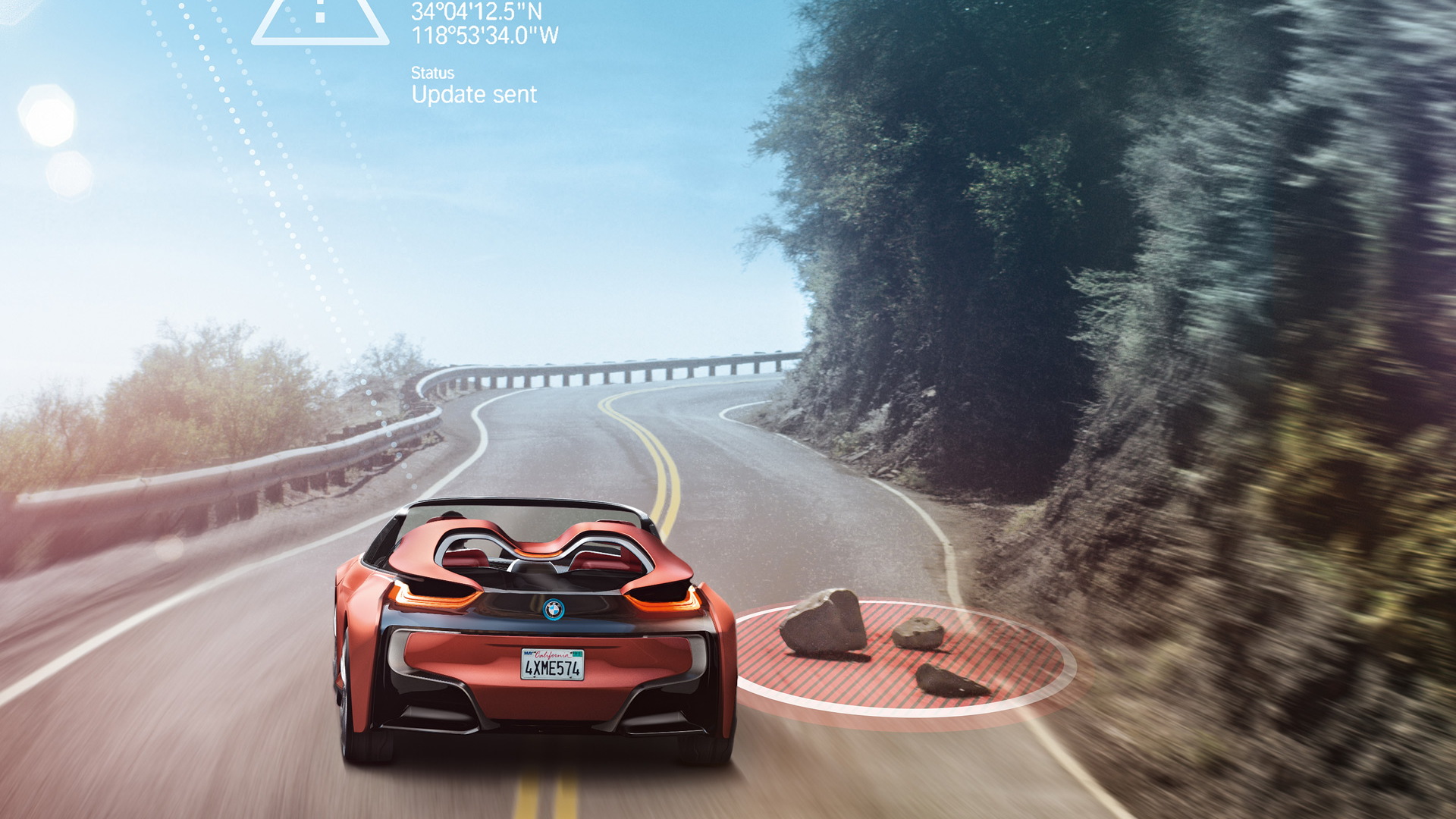 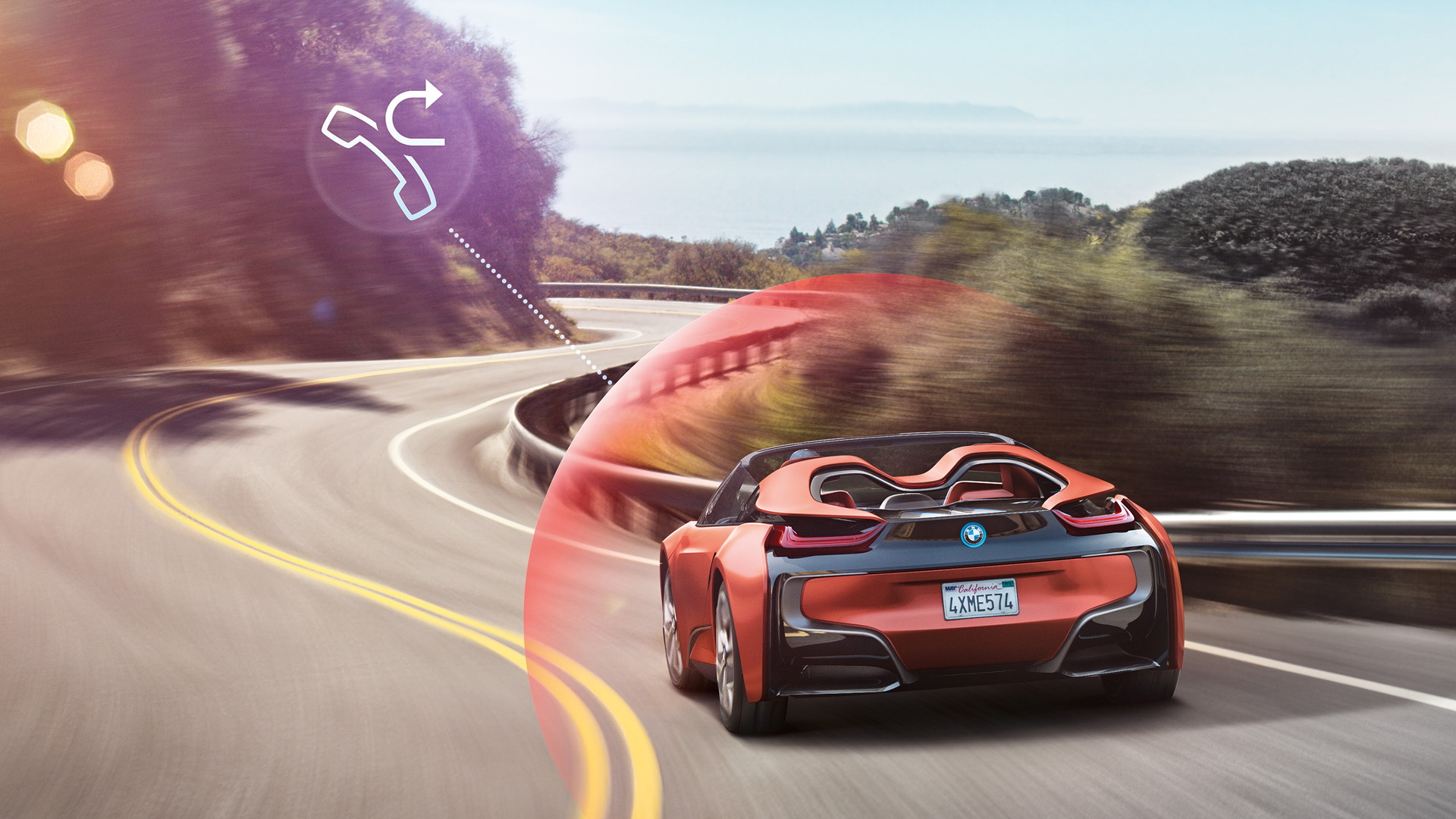 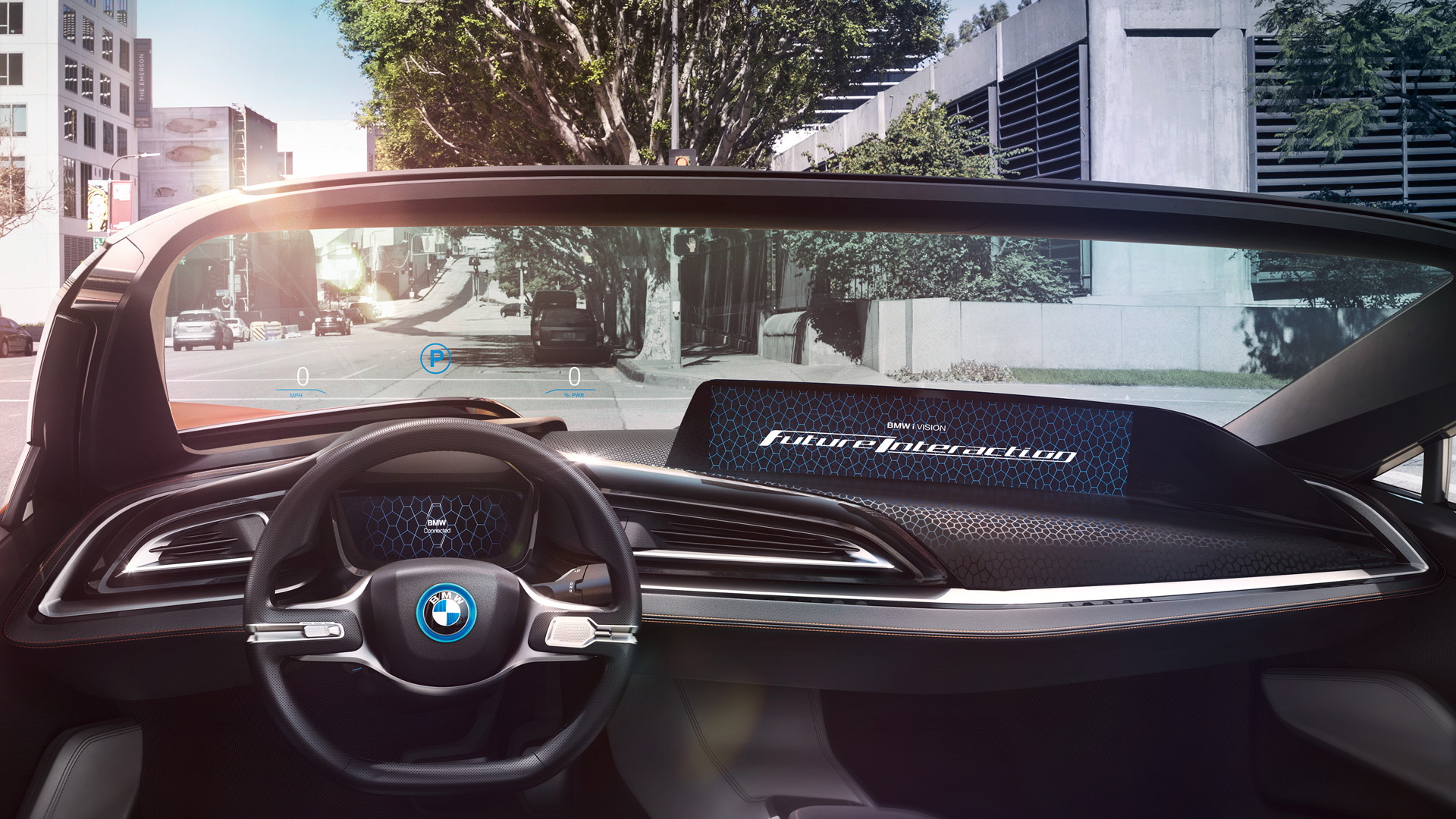 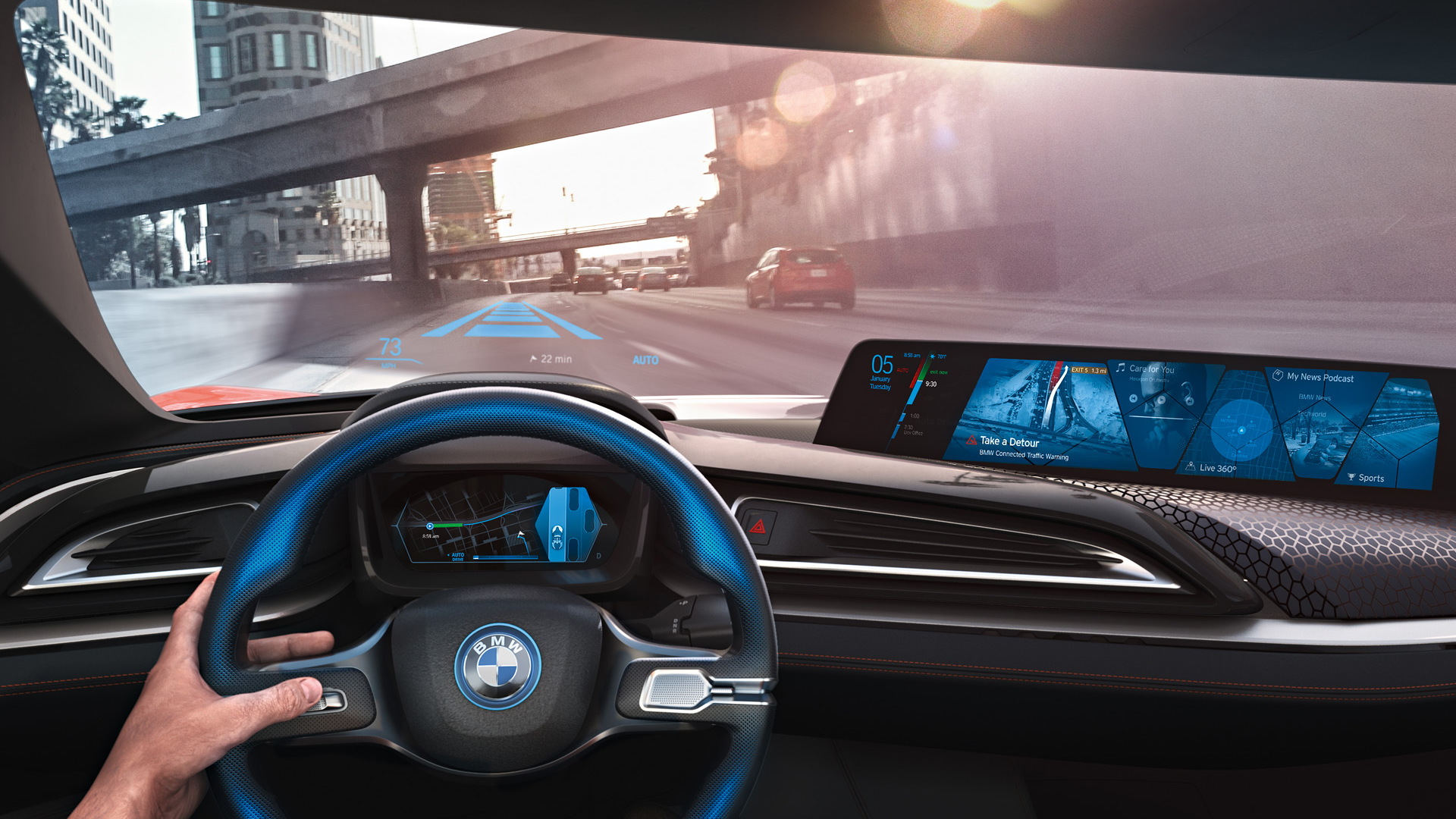 If you’re looking to make a big splash at the Consumer Electronics Show, taking a page out of BMW’s book and rolling out an exotic sports car wearing bright orange paint on its exterior and featuring some mind-boggling tech in the cabin wouldn’t be a bad idea. The German automaker with its latest concept, officially the BMW i Future Interaction, certainly turned a lot of heads at CES during a presentation earlier today, and just looking at these shots makes it easy to see why.

As its name suggests, the concept is meant to preview new methods of interacting with a car BMW is currently cooking up for its next-generation fleet. However, it’s also a preview of a new convertible version of the i8 plug-in hybrid sports car that’s likely in the works. It’s actually the second i8 convertible concept, hinting that a production version may be coming in the not too distant future. In fact, during the CES presentation, BMW product chief Klaus Fröhlich said he believed BMW should “build it as soon as possible.”

But what about the technology? BMW says the concept provides a preview of the networked car of the future and the user interface it could feature. The main element is a gesture control system called AirTouch that was announced a week ago. AirTouch is an evolution of the gesture control system that debuted in the 2016 BMW 7-Series and enables control of entertainment, navigation and communication functions using gestures made with a flat hand. The version in the 7-Series reads finger movements only.

By making set hand movements over the center console, where special sensors can read the movements and translate these to commands, the driver can control a number of the vehicle functions. Information is relayed back through a head-up display, the main instrument cluster and a massive 21-inch panorama display located in front of the passenger. 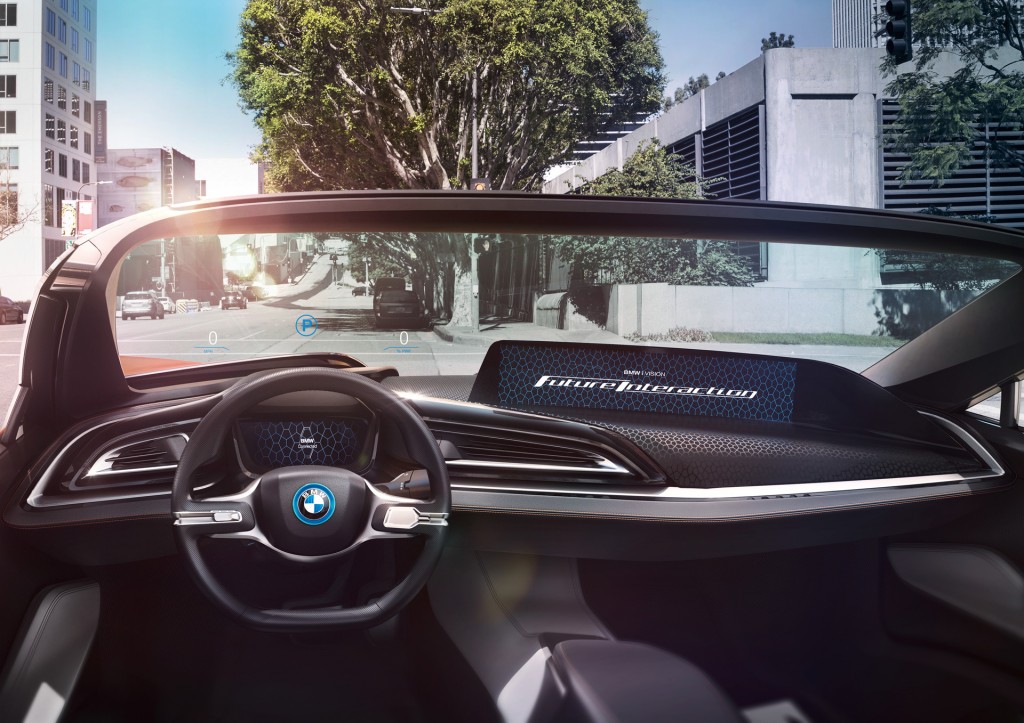 BMW hasn’t confirmed AirTouch for production but says that such systems will make more sense as vehicles start to have more autonomous capability. In fact, the BMW i Future Interaction also has a version of BMW’s planned autonomous driving system. BMW hasn’t provided many details on this area but says its future cars will have three modes to choose from: Pure Drive (driving yourself), Assist (assistance systems intervene actively) and Auto Mode (highly automated operation).

Also on another i8-based concept is a new feature called Mirrorless. This does away with the standard rear-view and side mirrors, replacing them instead by three cameras that project an image on the various displays. BMW says the cameras cover larger viewing angles and eliminates blind spots. Furthermore, the system evaluates the images and provides a situative response to imminent hazards, for example with yellow warning icons.

To see what else is happening at CES, head to our dedicated hub.