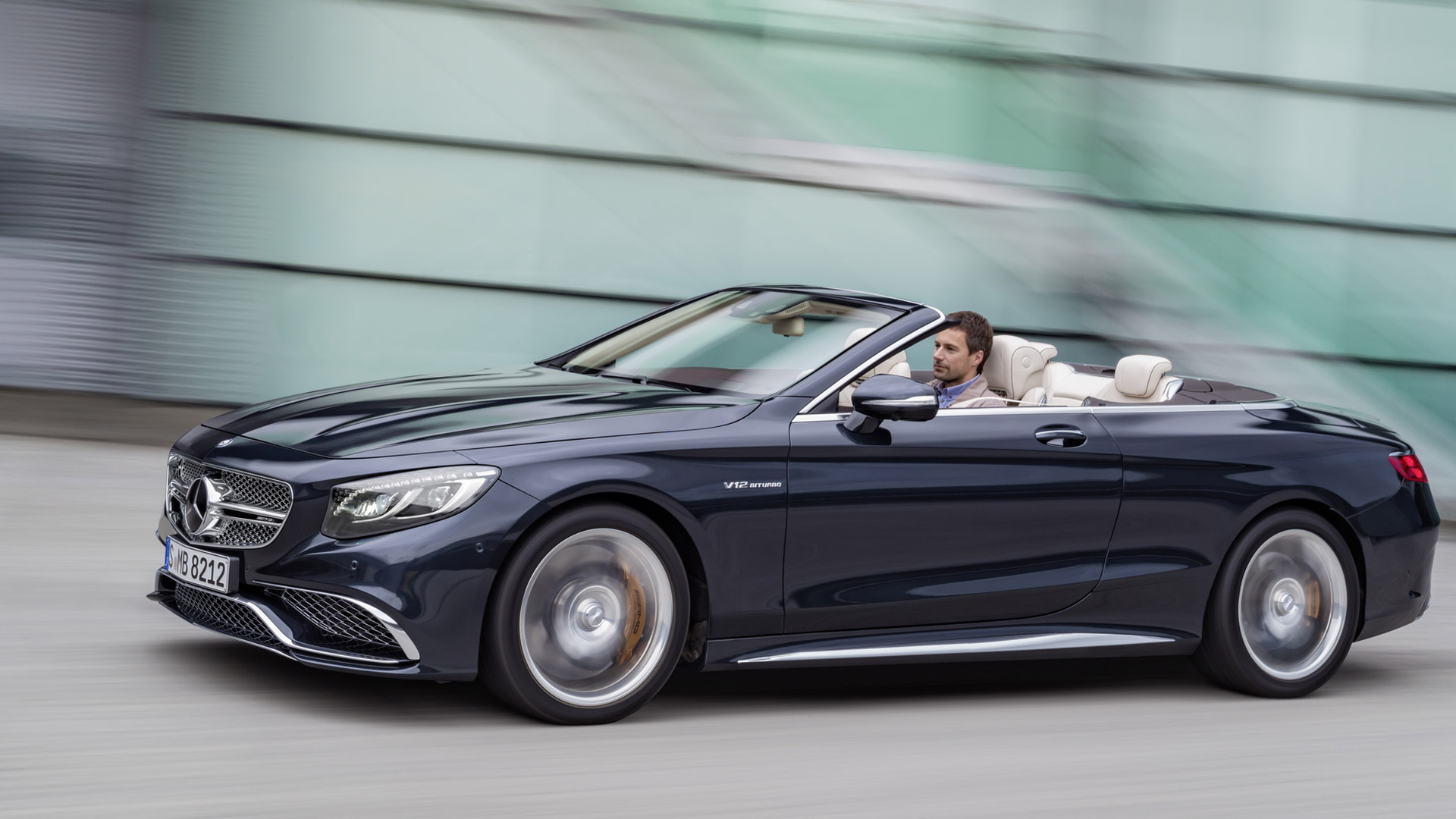 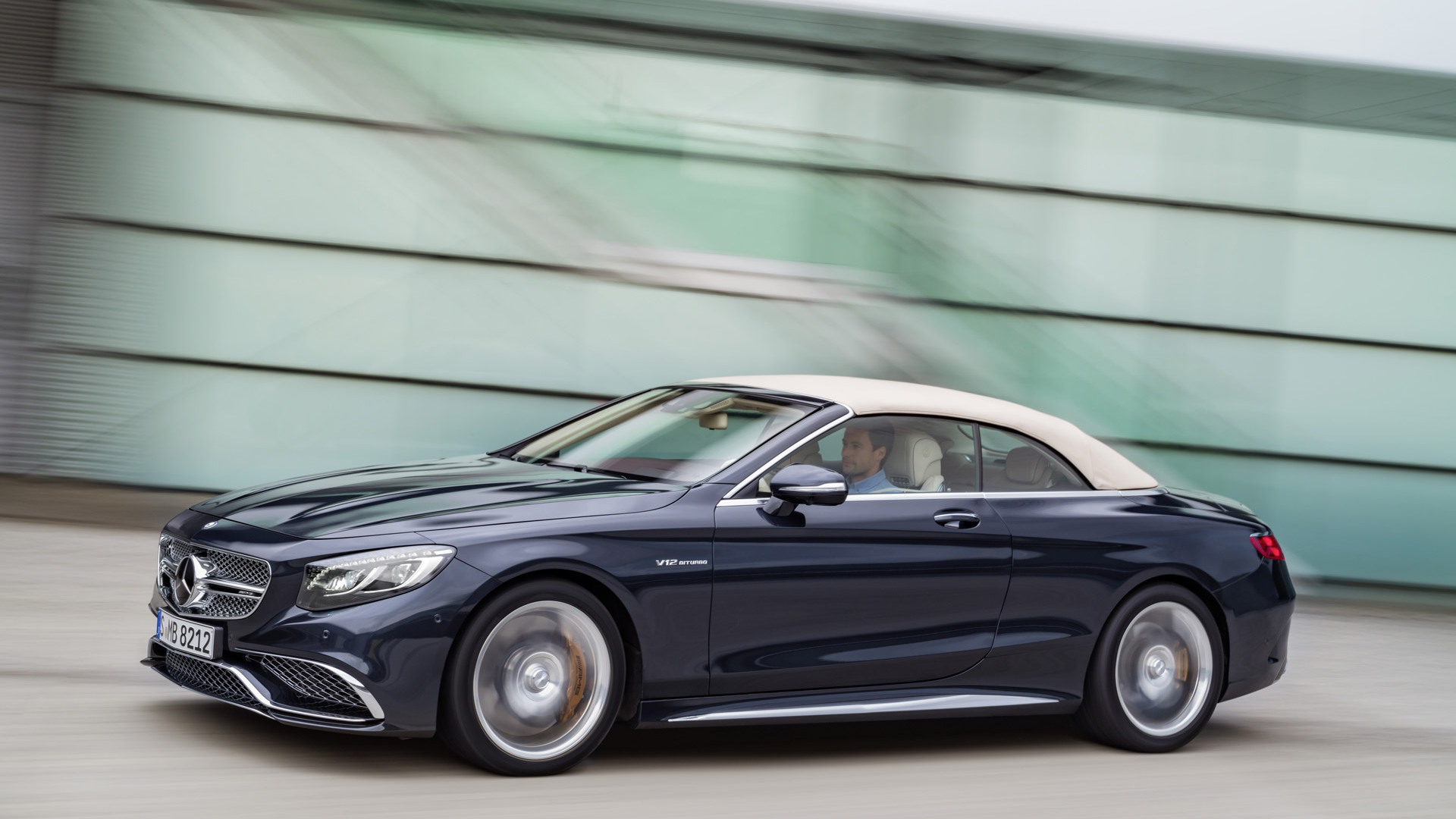 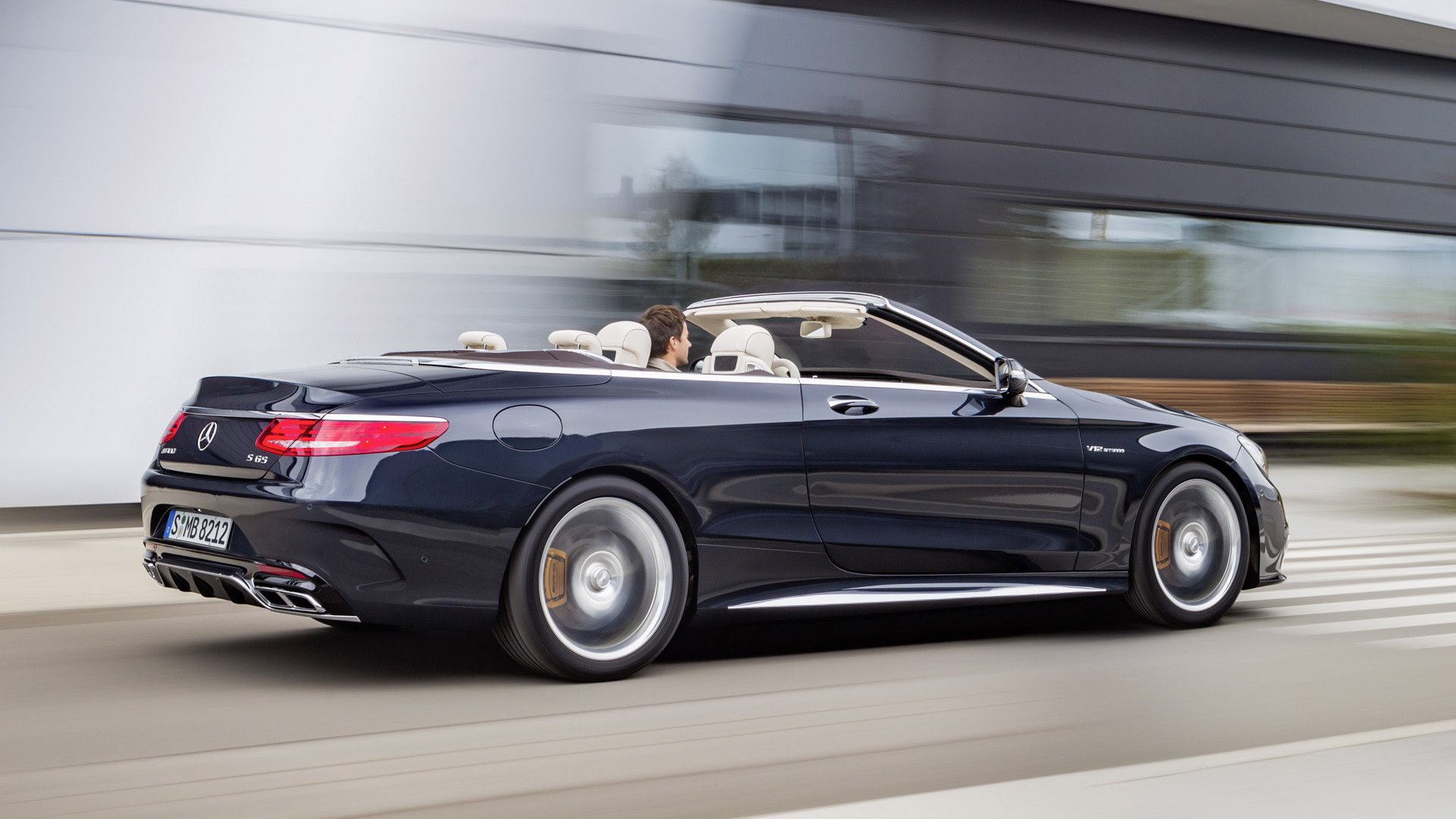 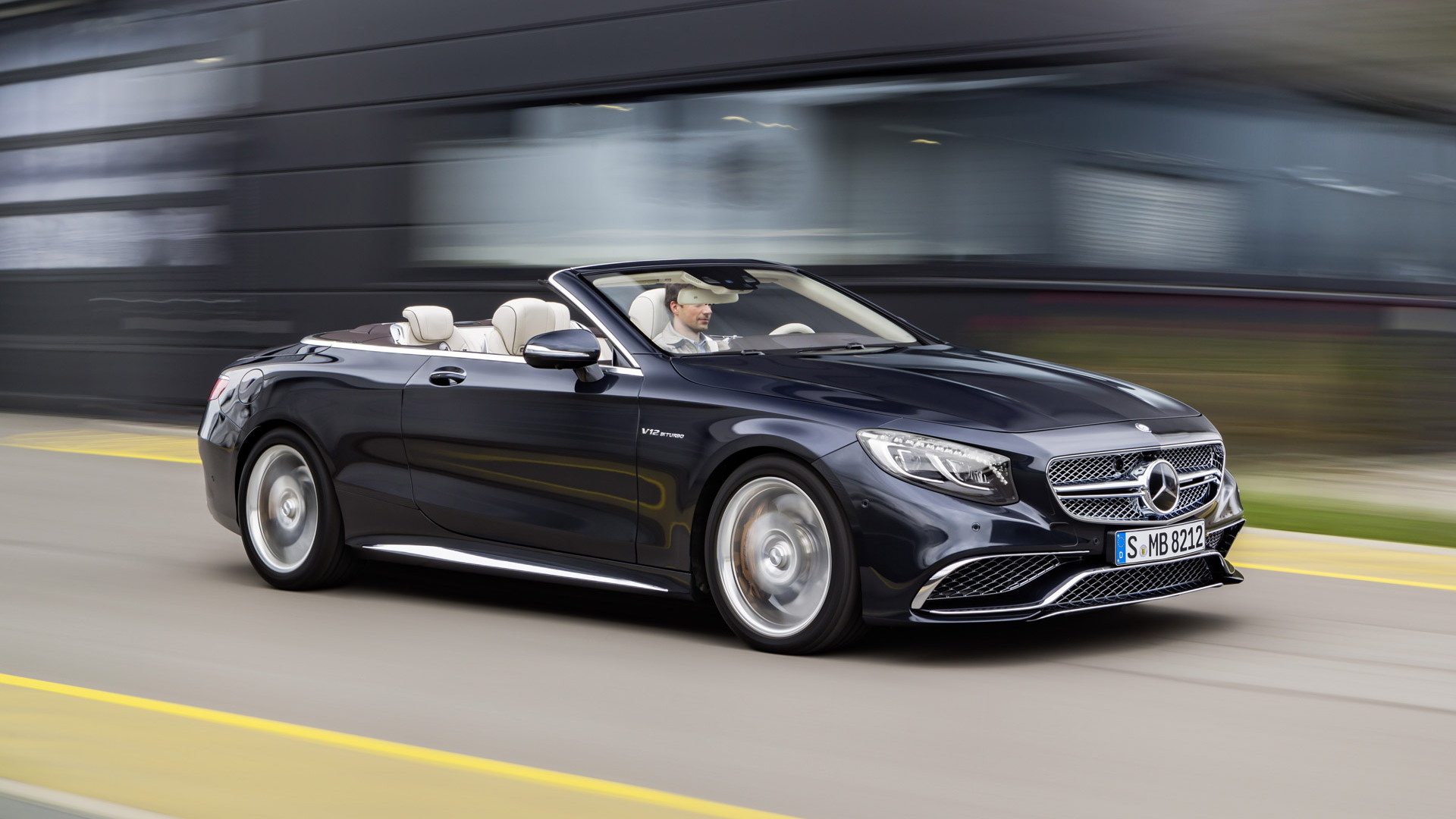 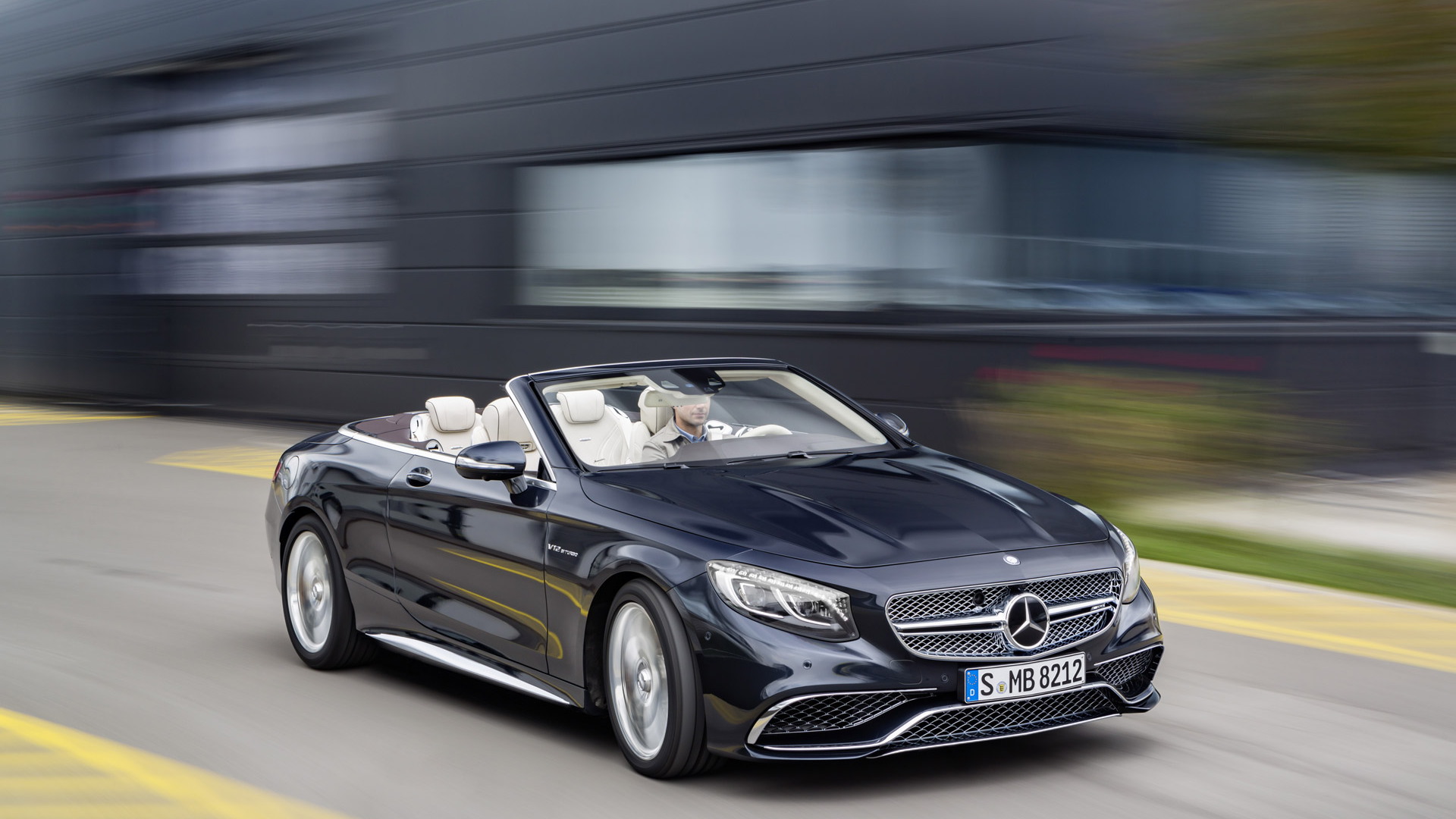 Given the overwhelmingly positive reception garnered by the G65, S65 and S65 Coupe models, it was only a matter of time until the Mercedes-AMG skunk works dropped its twin-turbocharged V-12 into the engine bay of the new S-Class Cabriolet.

The result is a gorgeous four-seater convertible that's loaded with luxury yet still capable of accelerating from 0-62 mph in a brisk 4.1 seconds. The top speed is limited to 155 mph but Mercedes-AMG offers a Driver’s Package that will lift this to 186 mph.

The S65 Cabriolet’s engine is Mercedes-AMG’s now familiar 6.0-liter lump, which thanks to a twin-turbocharging system packs a muscular 621 horsepower and 738 pound-feet of torque. The engine clearly delivers effortless thrust, but it has other benefits such as sublimely smooth running and a boisterous sound that’s hard to match. Drive is to the rear wheels only, via a seven-speed automatic transmission.

Developing the car wasn’t just a matter of taking a donor S-Class Cabriolet and dropping in the new engine. Thanks to mix of high-strength and lightweight materials in the construction, Mercedes-AMG engineers have managed to create a body that weighs the same as the one on the coupe and is a match in torsional rigidity, too.

Air suspension is standard but here, too, Mercedes-AMG engineers have tuned things for better performance. The same is true for the electric power steering. The end result is that the driver benefits from quicker, more direct handling response during spirited driving.

Inside the S65 Cabriolet, you’ll find almost the full list of Mercedes-Benz technologies, including a head-up display and touchpad surface. The head-up display projects key information such as the vehicle speed, speed limits, navigation directions, traffic signs and information from the Distronic Plus adaptive cruise control system.

The car is also fitted with numerous electronic driver aids grouped in the Driving Assistance Package, including the aforementioned Distronic Plus system with Steering Assist autonomous highway driving and Stop&Go Pilot traffic crawling. On top of this there are numerous warning systems and automatic braking features included in the package.

Finally, it’s worth mentioning the roof. It’s a soft-top with three layers of acoustic fabric plus a lining in Nappa leather and microfiber, and it can be ordered in black, dark blue, beige or dark red. It takes just 17 seconds to go up or down and works at speeds of up to 31 mph.

Availability of the Mercedes-AMG S65 Cabriolet in the United States is yet to be confirmed but we expect to see the vehicle go on sale next fall, as a 2017 model.