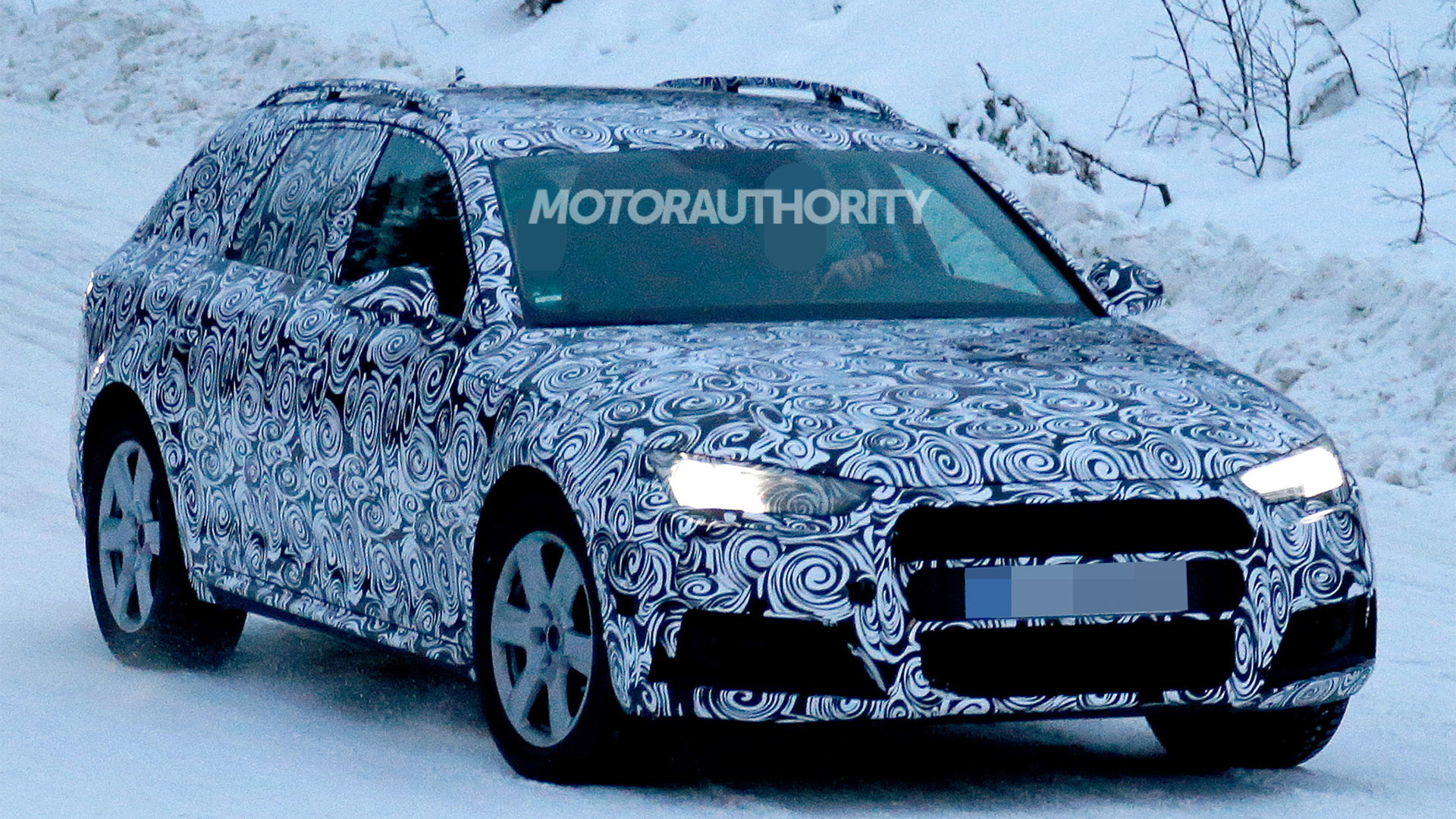 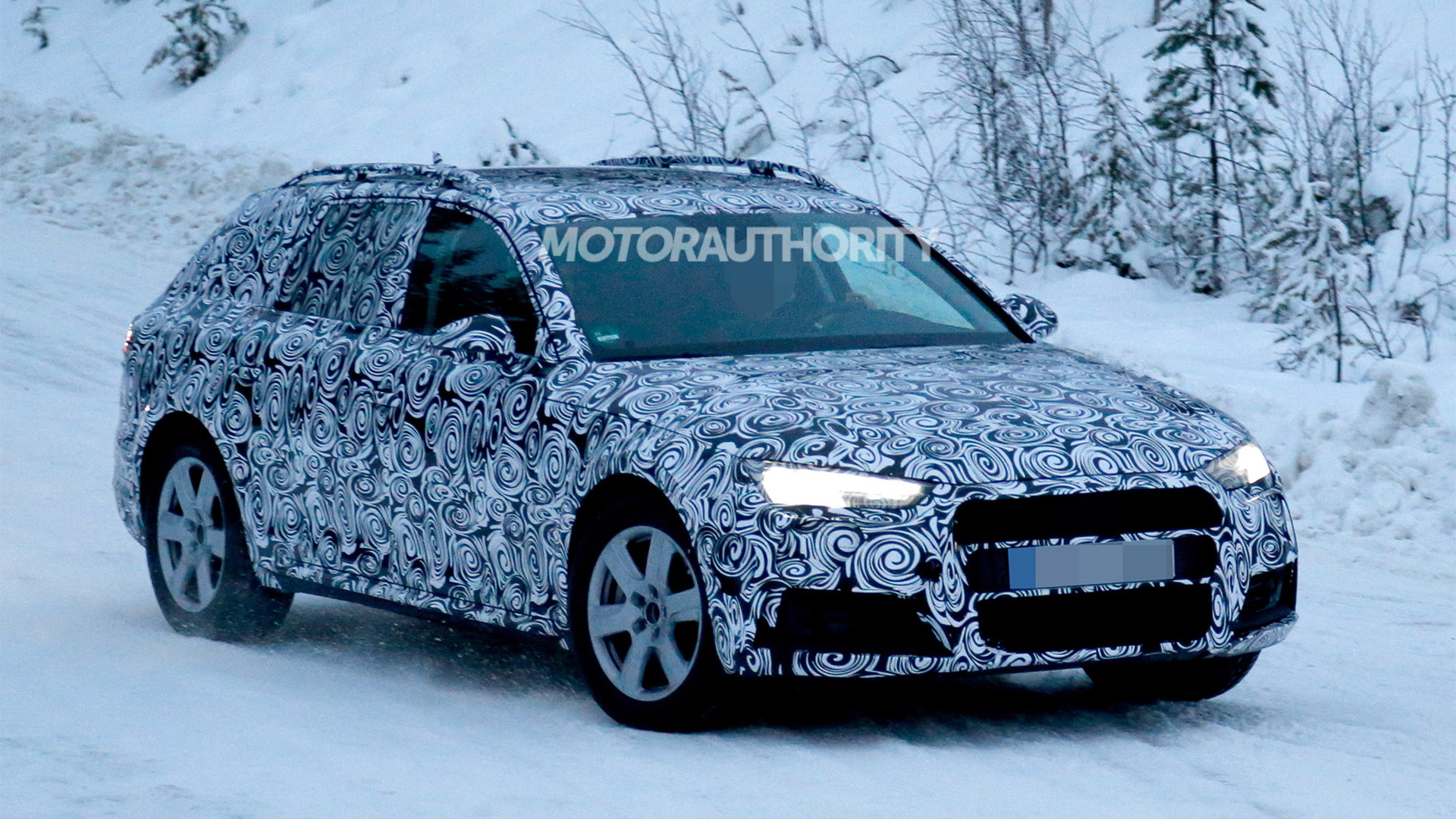 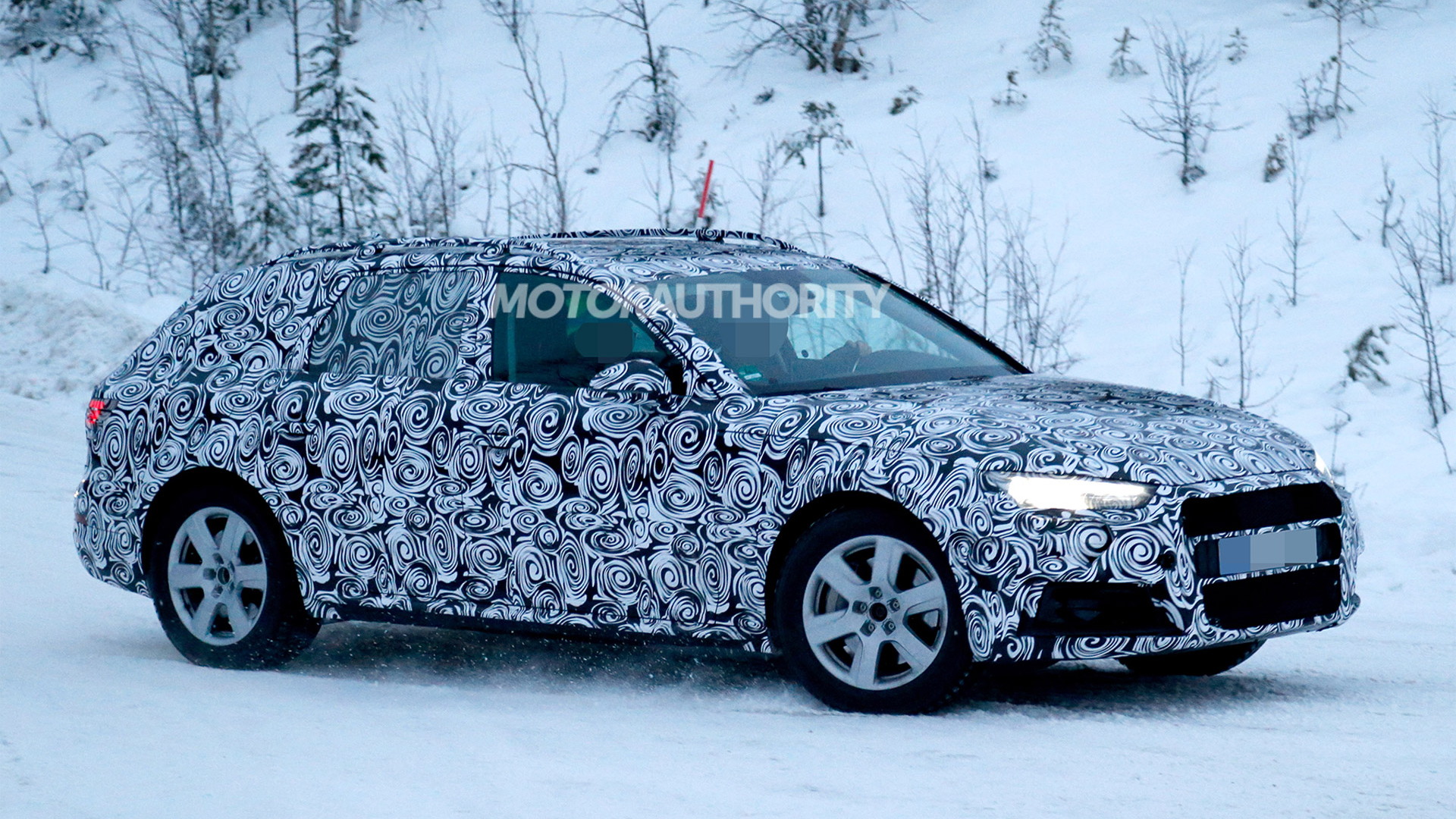 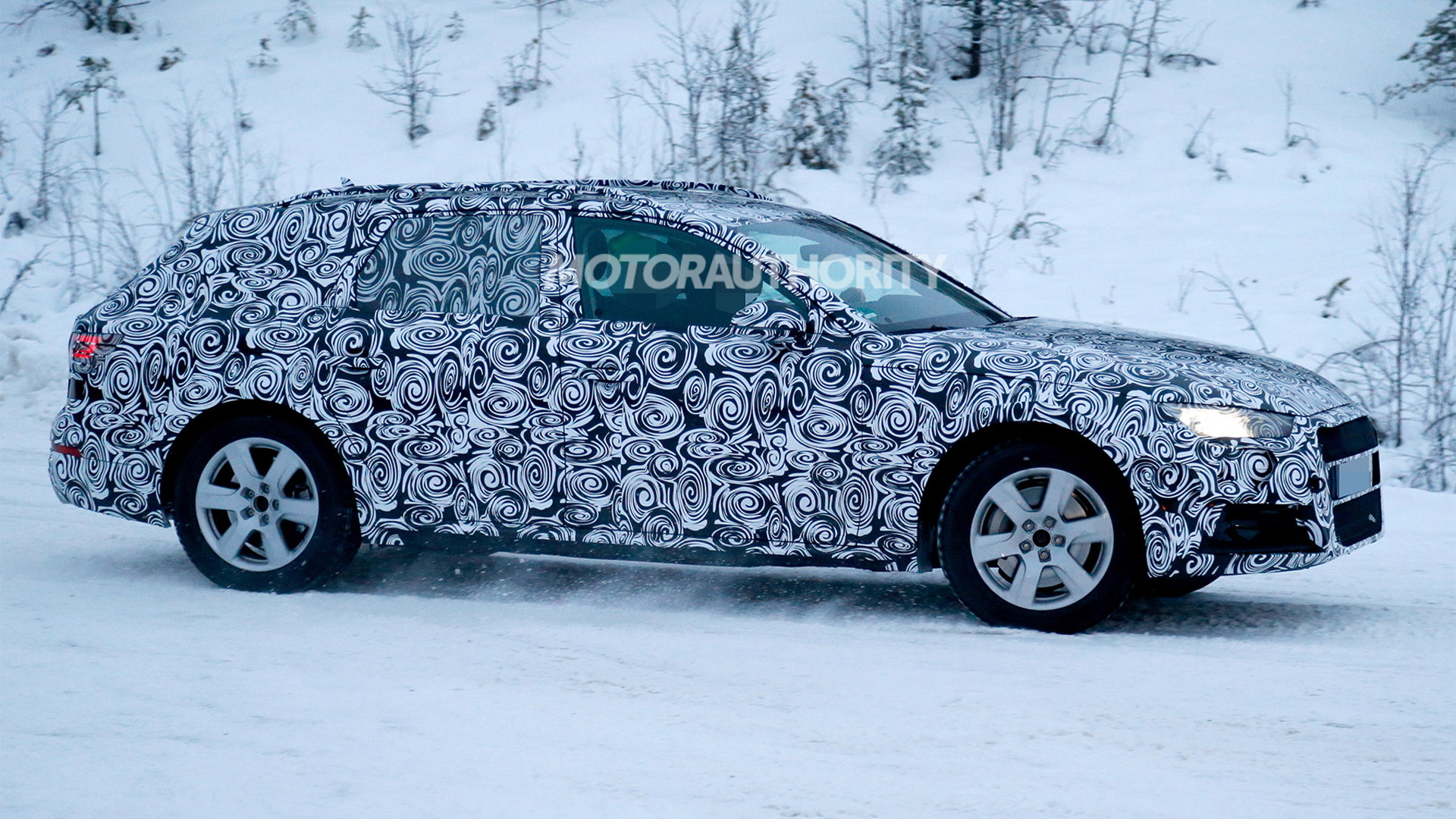 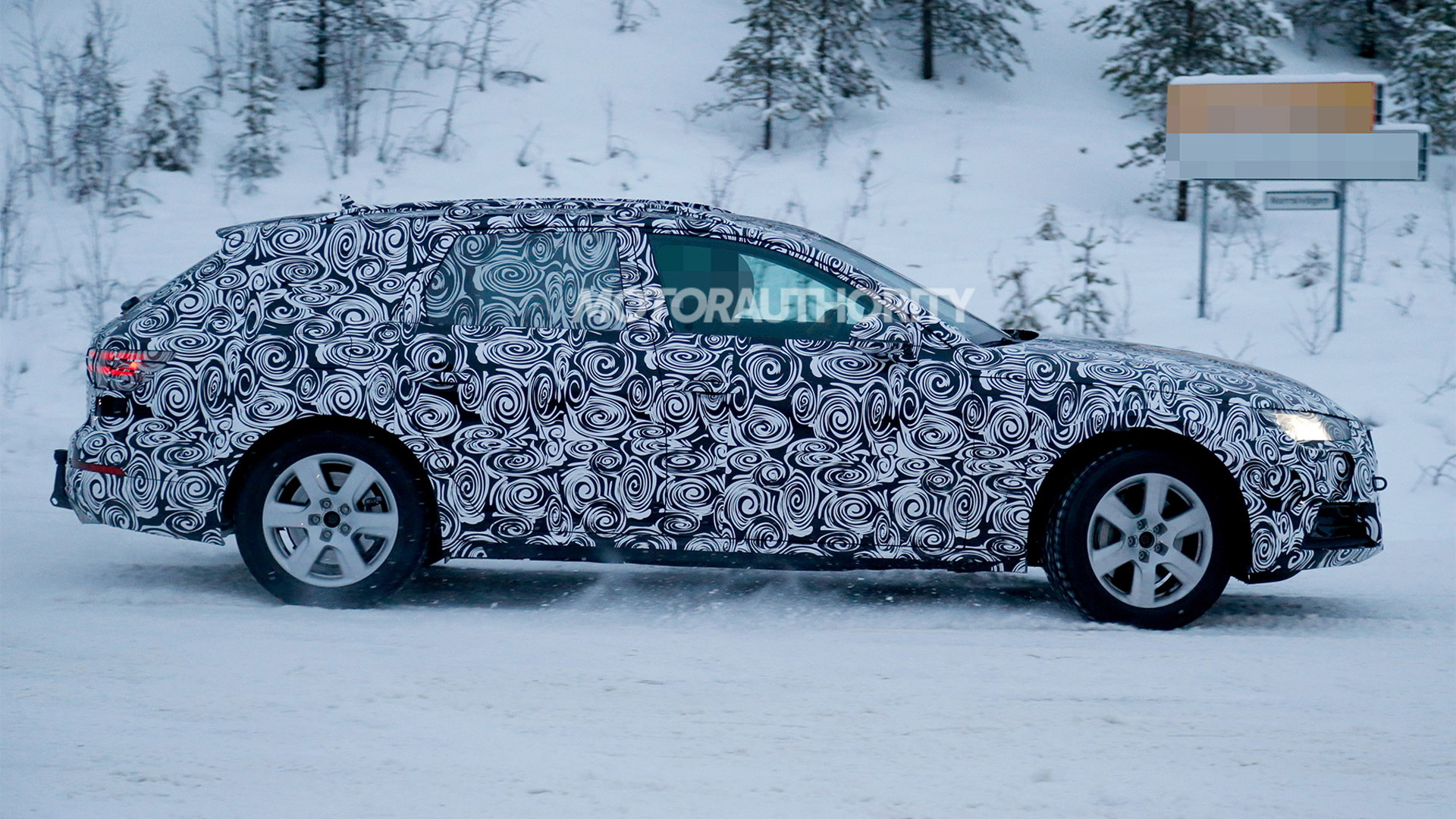 The new 'B9' Audi A4 has been revealed, both in its sedan and more practical A4 Avant wagon bodystyles. But as was the case with the previous A4, the new Avant won’t be available in the United States. Instead, we’ll get a more rugged version of the wagon that will once again don the “Allroad” badge.

A prototype for the new A4 Allroad has been spotted again. At present, we’re expecting the vehicle to make an auto show debut early next year. Sales should start sometime during 2016, meaning the handsome long-roof will likely end up as a 2017 model year arrival.

Though heavily camouflaged, all the typical Allroad styling cues can be seen. The list includes the taller ride height, wheel arch cladding and underbody protection. Inside, the look should be shared with the regular A4 whose cabin is shown below.

You don't have any choice in powertrains with the outgoing A4 Allroad, and it’s likely this will be the case with the new one. If so, expect the single powertrain to be the new turbocharged 2.0-liter four-cylinder making its debut in the 2017 A4. The standard transmission should be a seven-speed S-tronic dual-clutch unit, with drive channeled to all four wheels via a standard quattro all-wheel-drive system.

The new 2.0-liter engine is rated at 252 horsepower and 273 pound-feet of torque. That’s up substantially on the 220 hp and 258 lb-ft in the outgoing model, which we already found to be more than adequate. Couple this with weight savings brought about by the car's MLB Evo platform, and the new A4 Allroad should be a great deal of fun behind the wheel—whether you’re on or off the road.