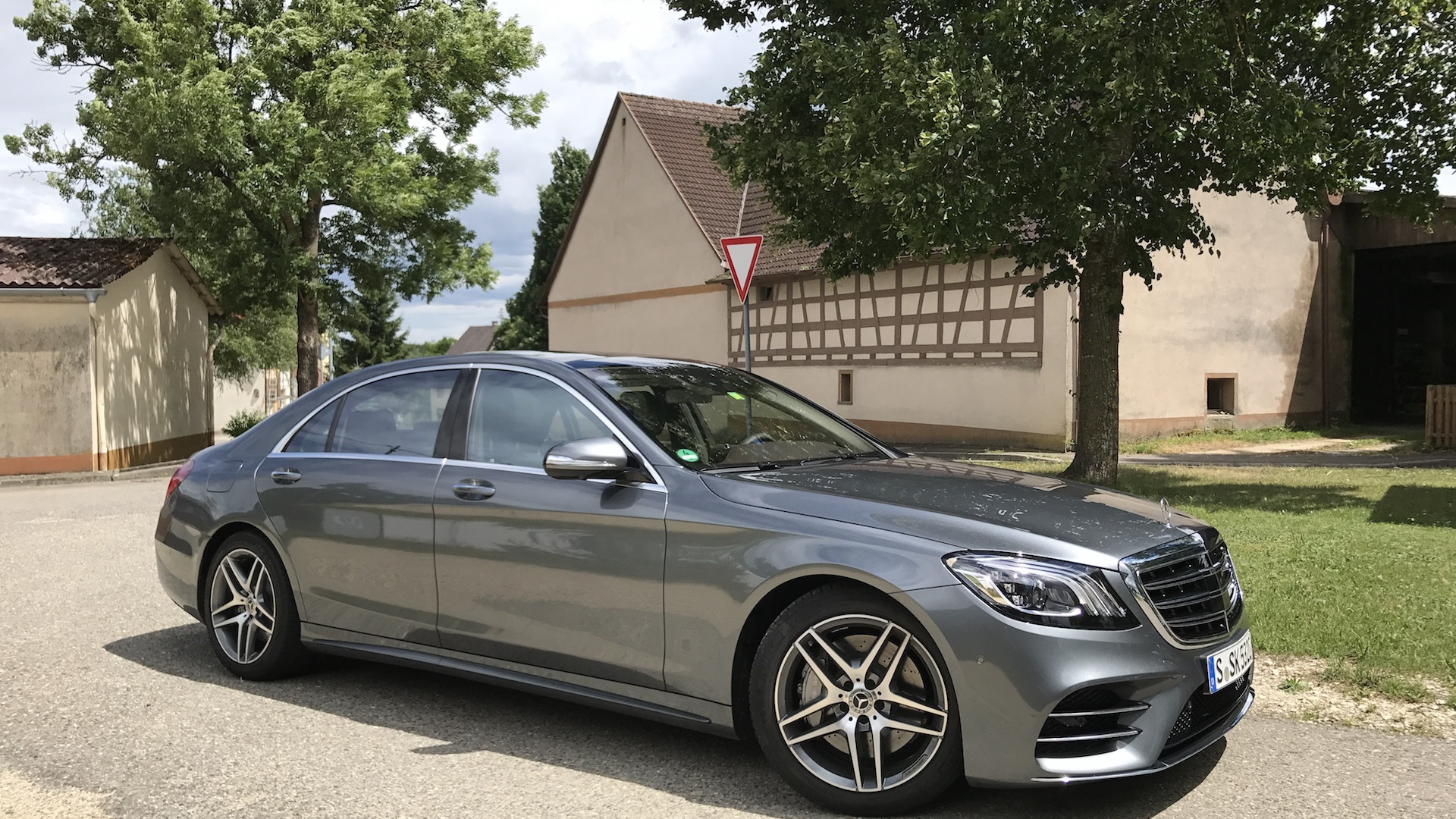 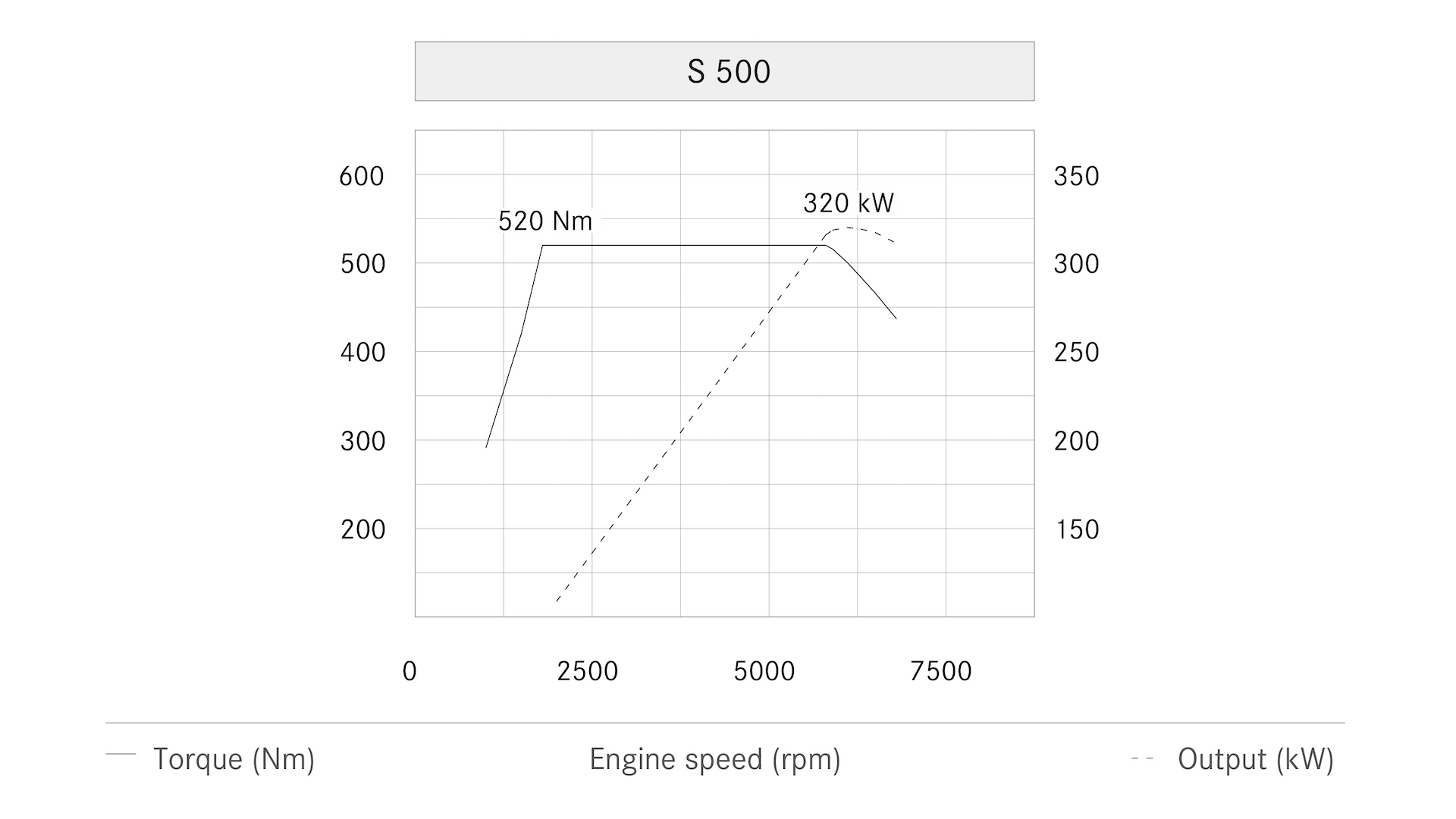 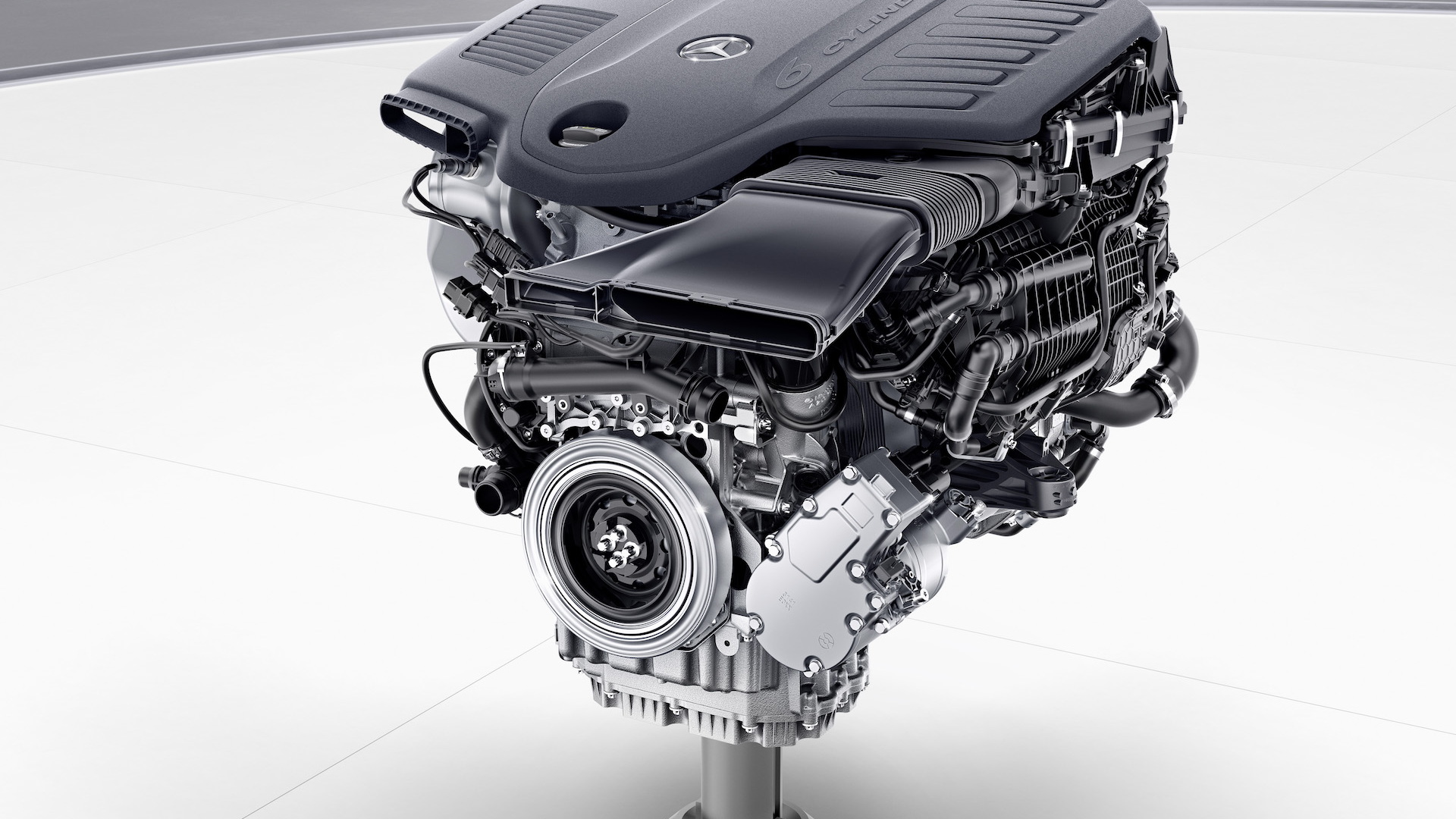 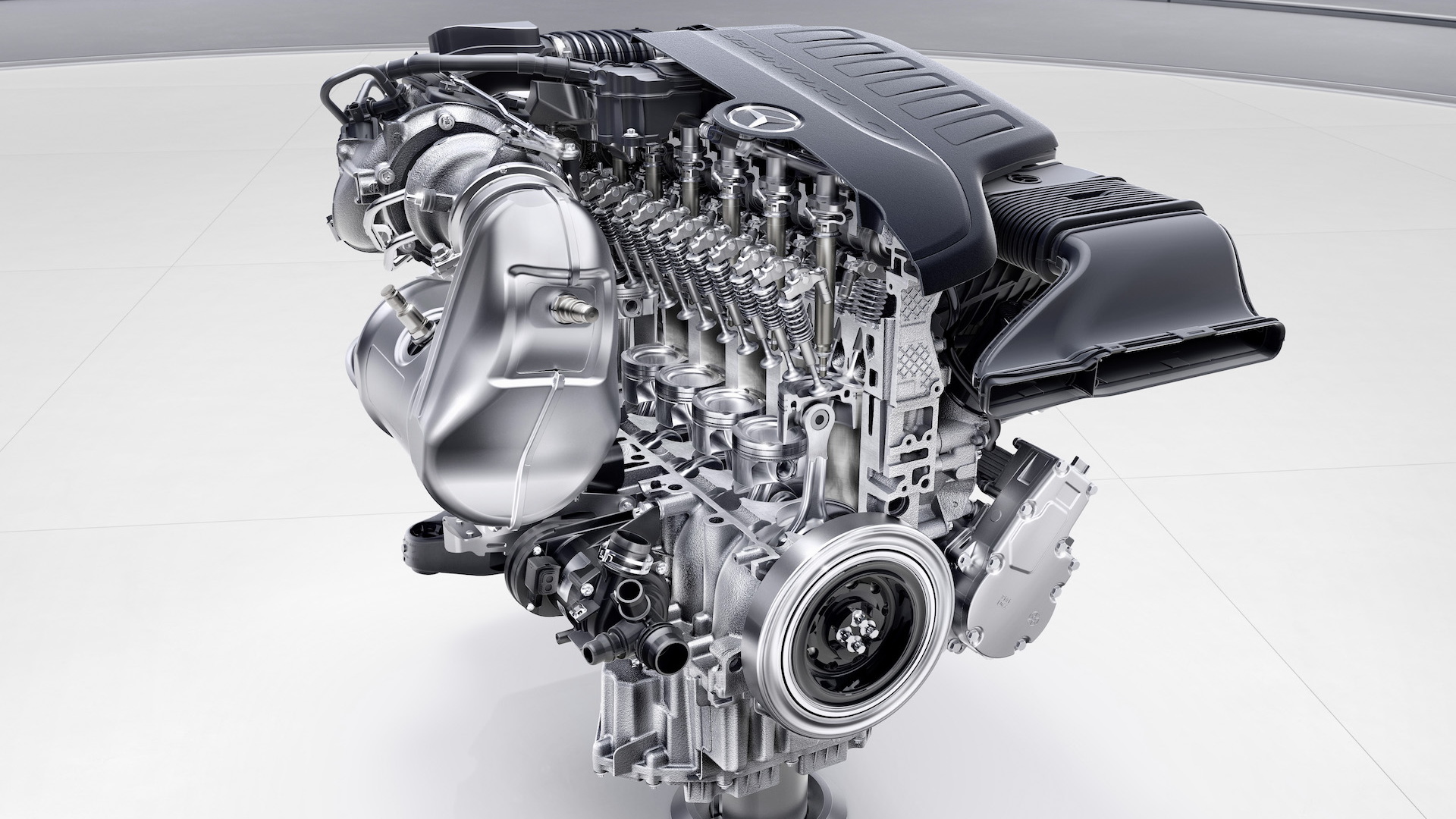 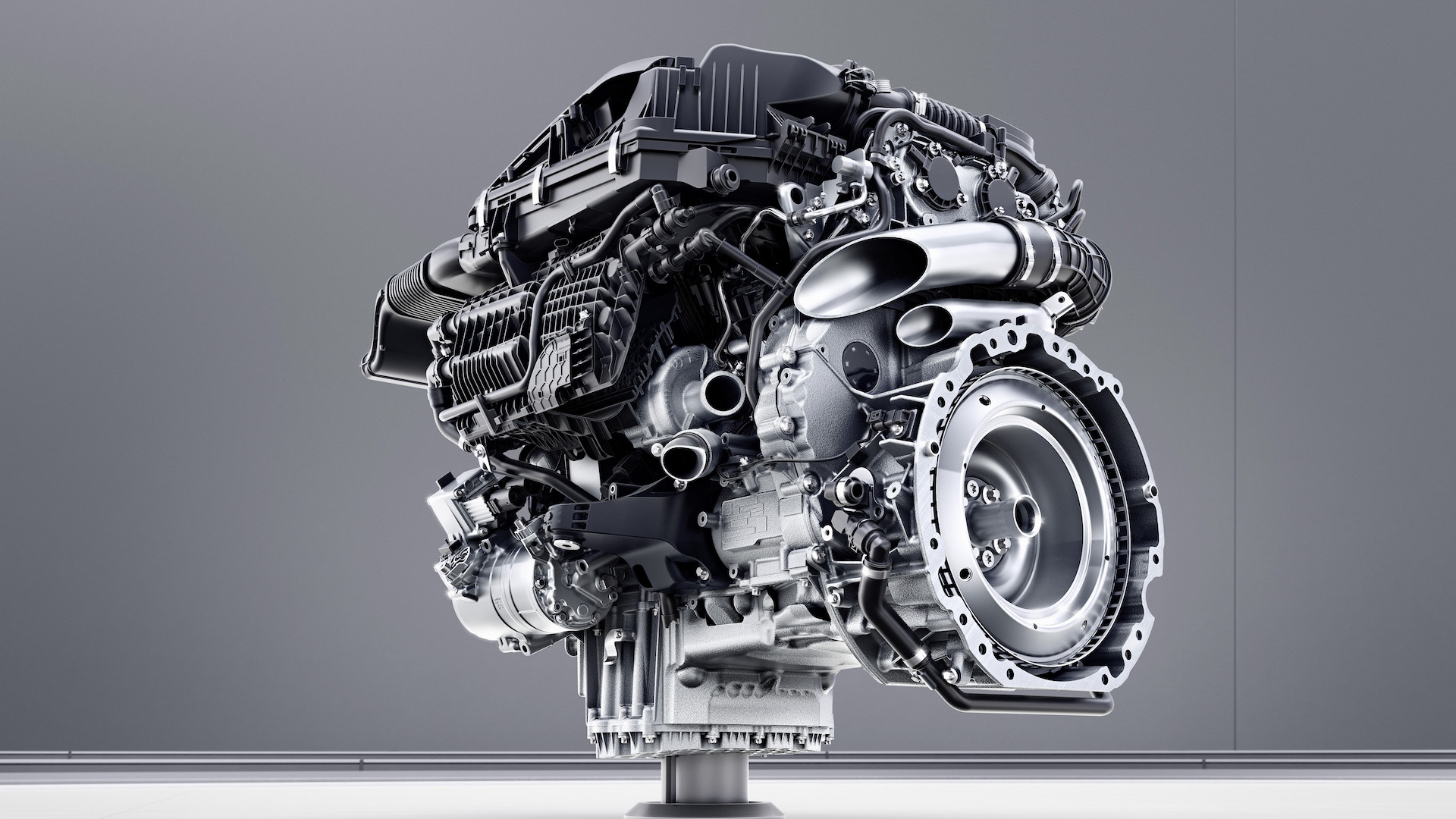 As fuel economy and emissions standards continue to tighten around the world, automakers continue to seek ways to make power while using less fuel. Mercedes-Benz, never one to let its engines rot on the vine, is taking the next step to do just that with a 48-volt system for a new 3.0-liter inline-6-cylinder engine. This amounts to a mild hybrid system, but it does more than just improve efficiency.

The system is being introduced on the 2018 S-Class, although not in the United States. We will get it eventually, but Mercedes has confirmed that the S-Class won't be the first car with it on these shores. Mercedes is launching it in two models with two states of tune. In the S450, it puts out 367 horsepower and 368 pound-feet of torque. In the S500, it produces 435 hp and 384 lb-ft of torque.

This is just the first engine of what will certainly be many that get the 48-volt treatment. The engineer I spoke to said there is a good cost-to-gain ratio for Mercedes, and Mercedes R&D boss Ola Källenius told journalists at the program, "you get a lot of bang for the buck on that engine. That technology will find itself in other engines over the next few years."

The system creates a beltless engine, with a lithium-ion battery that powers the 48-volt system. It has an electric air-conditioning compressor, an electric water pump, an integrated starter-alternator (ISA) between the engine and transmission, an electric supercharger, and a conventional turbocharger as well.

At the S-Class launch in Germany, I spoke to powertrain engineers about the advantages of this system, and got a few miles behind the wheel of an S500 fitted with it. Here's a summary of what I learned and experienced.

The S500 model designation has been reserved for V-8s in Mercedes nomenclature, but now it is filled by an inline-6. That's because the new engine can deliver V-8 power, and launch the car from 0 to 62 mph in 4.8 seconds. It's made possible by the system's three stages of boost. For a short period at launch, the ISA provides up to 21 horsepower and 184 lb-ft of initial thrust. It then works together with the electric compressor, which provides boost during the first 4 seconds of acceleration, doing the most work at the 2-second mark, as the graphic above shows.

This "torque fill" allows Mercedes to use a larger conventional turbocharger. In fact, the S500's turbo puts out 27.6 psi of boost, and is largely responsible for its lofty power and performance figures. On the road, this engine is smooth and powerful. The hand-off from the ISA to the electric compressor (supercharger?) and then to the conventional turbo is seamless, and willing thrust is available at any speed. This engine, in other words, is a worthy replacement for a V-8.

On top of that, Mercedes says the engine is 22 percent more efficient than the twin-turbo 4.0-liter V-8 it replaces.

Without belts to run the water pump and air conditioning, the engine doesn't suffer the parasitic losses to power and fuel economy that belts create. Those are minor, but they exist. The 48-volt system is powerful enough to run these systems while the engine is shut off, something a 12-volt system can't do. If you've ever been annoyed by losing your air conditioning at stoplights in a car with a start-stop system, that doesn't happen with the new Mercedes technology.

Start-stop is much smoother.

Many of us are annoyed by start-stop technology because it produces shuddering restarts that may sometimes be delayed. This system is much better: the restarts are immediate, and buttery smooth. This system also shuts off the engine earlier, as the driver approaches a stop, to lengthen the time it is off.

The idle is lower.

The engine can idle as low as 520 rpm, and Mercedes uses the ISA as a generator to regulate the charge current and therefore absorb the vibrations of the motor. Otherwise, a 520-rpm idle would feel too lumpy to occupants.

It allows a gliding function.

When the driving situation permits, such as on downhill grades, and the battery level is high enough, the engine will decouple from the powertrain and shut itself off. After this gliding phase ends, the ISA brings the engine back up to the appropriate speed. It's odd to see the speedometer at 44 kph while the tach falls to 0, but that's exactly what happened in a short drive of the S500.