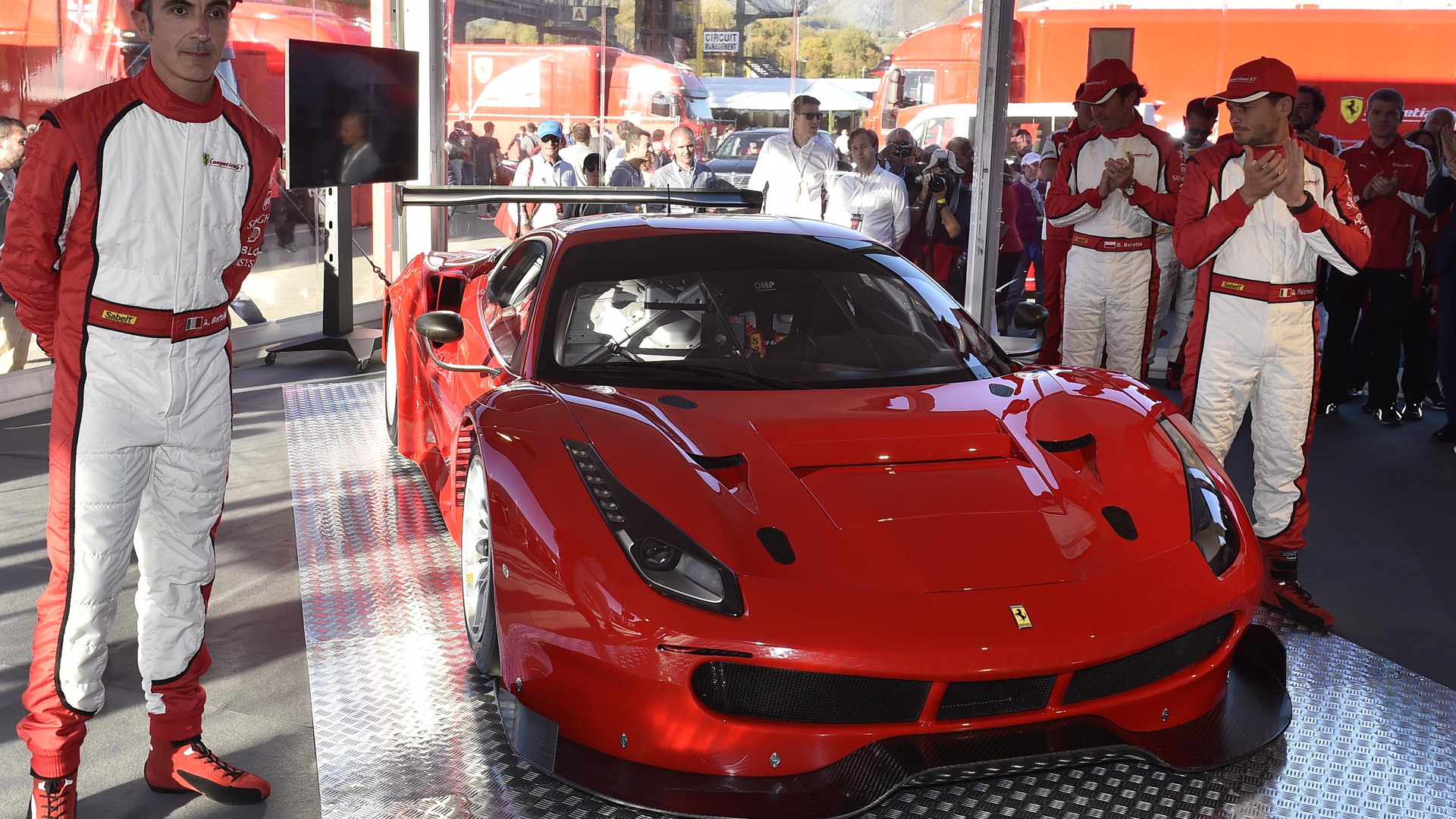 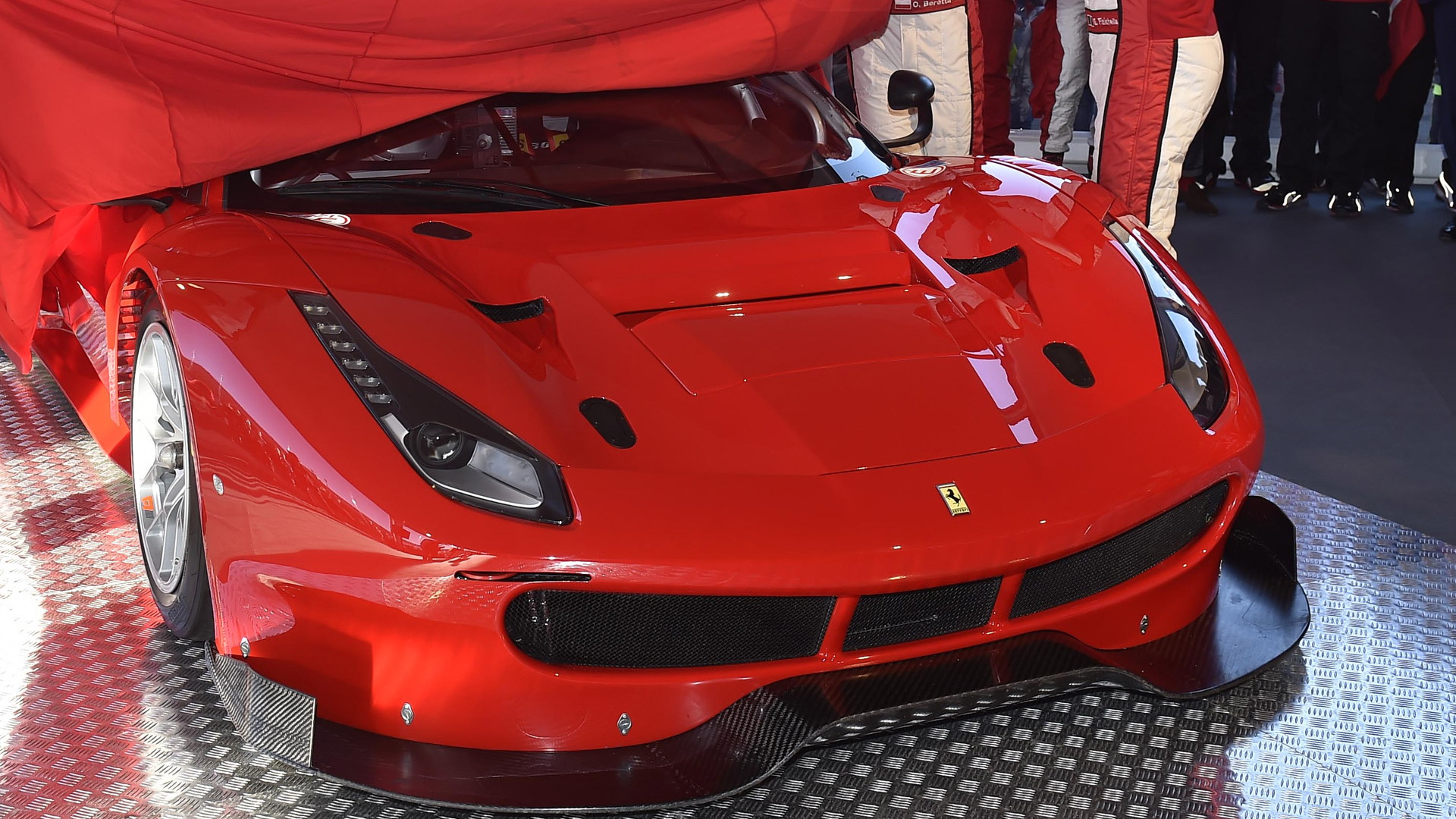 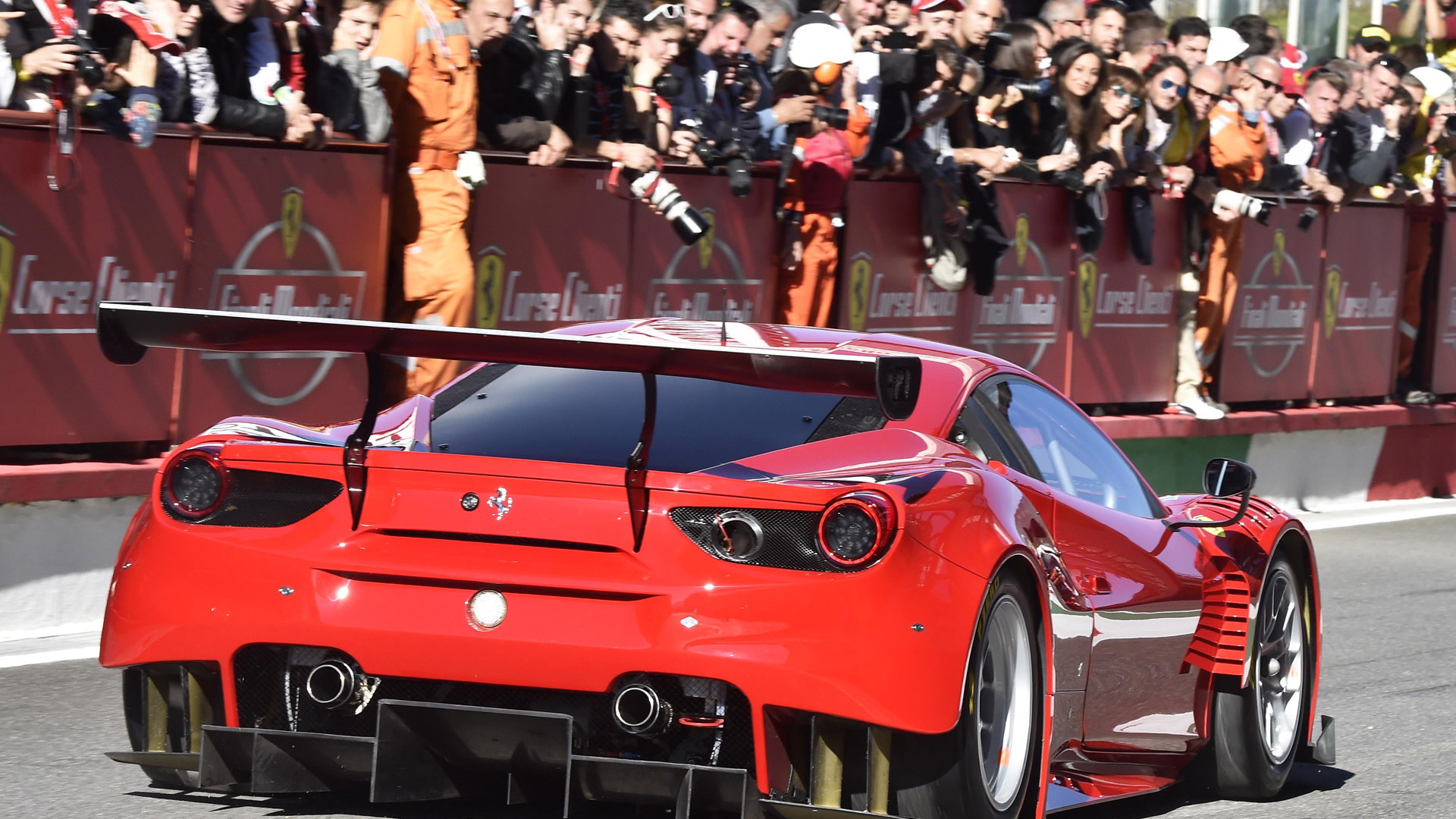 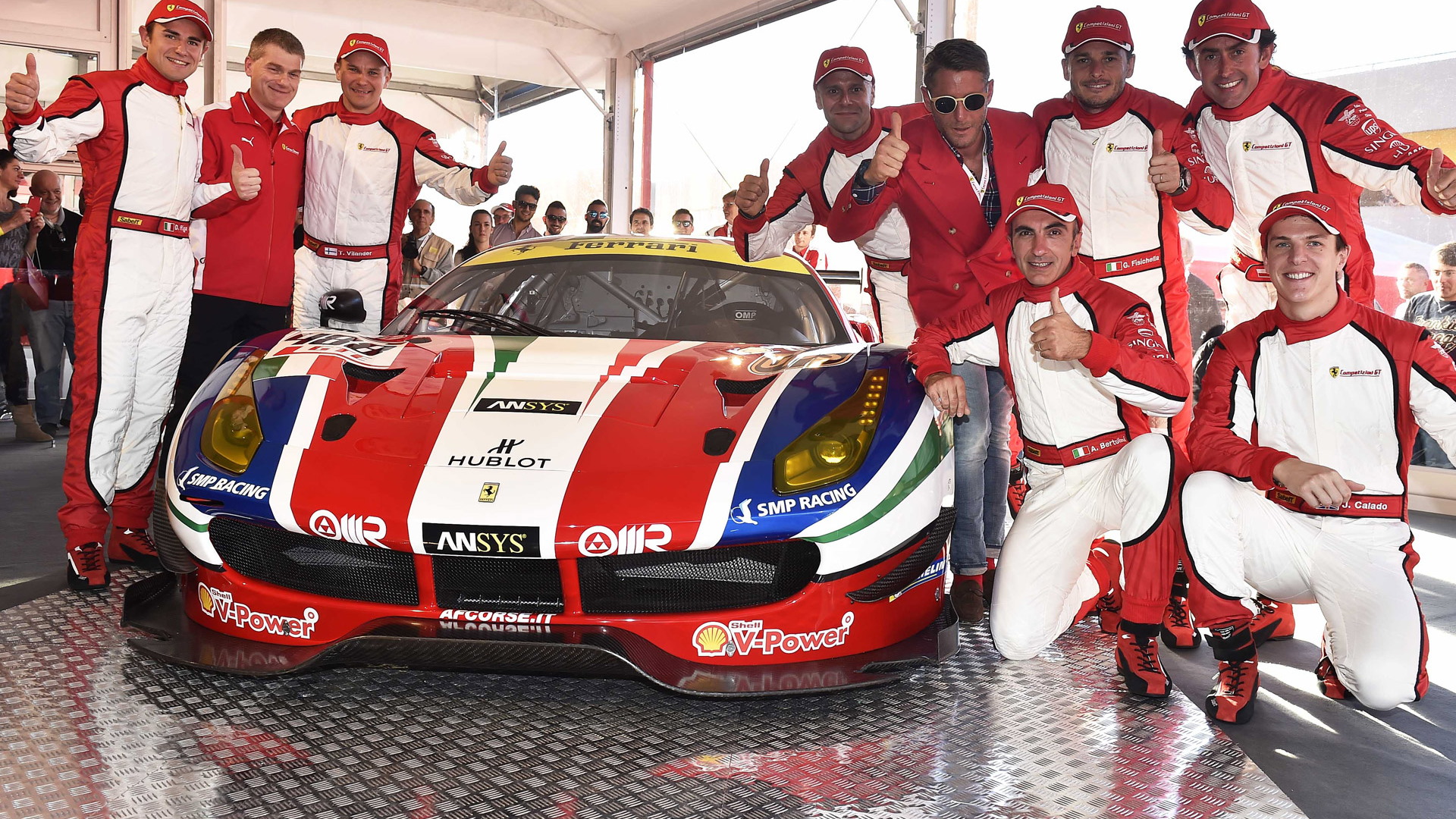 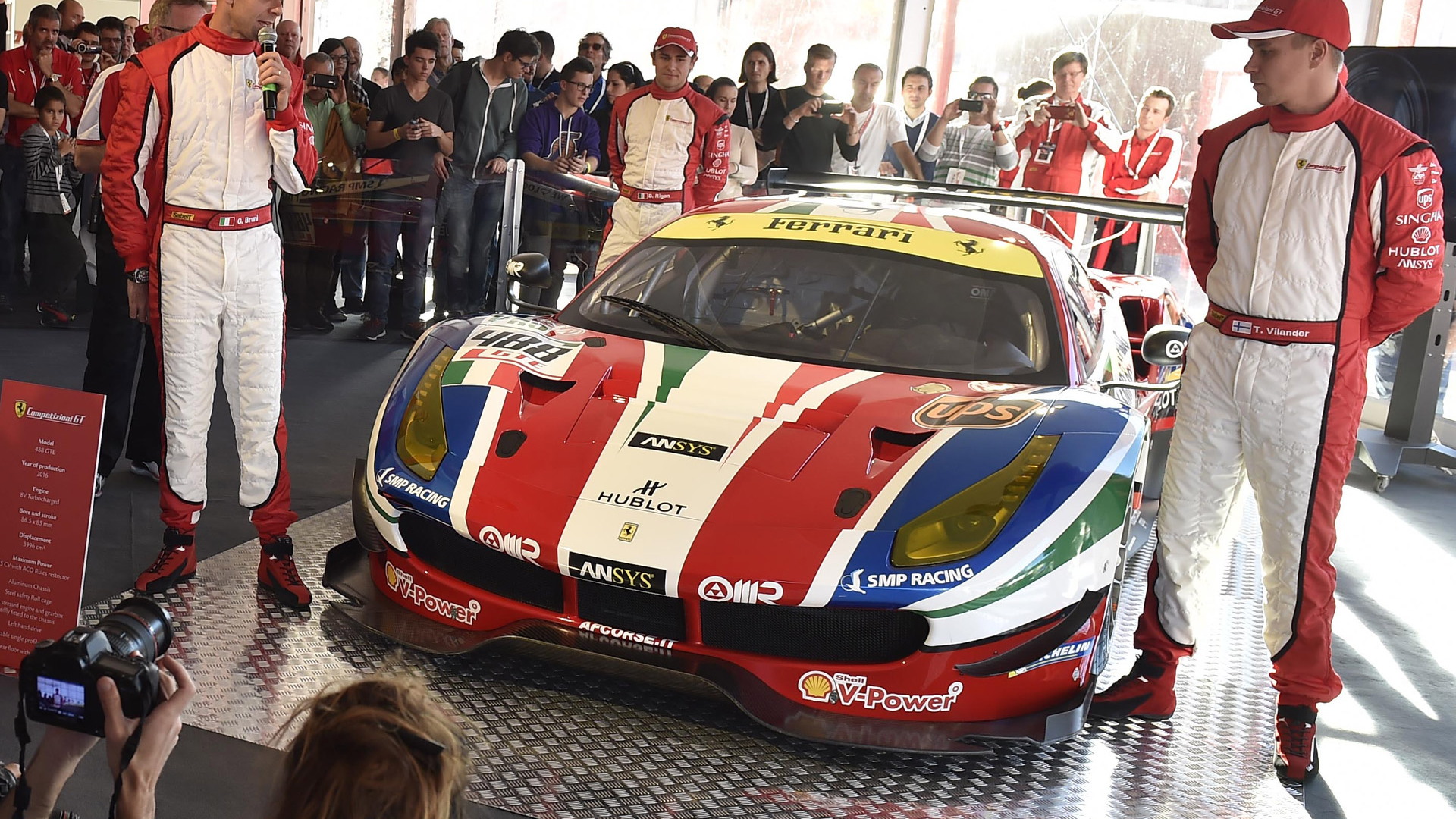 Ferrari [NYSE:RACE] hosted its Finali Mondiali event for 2015 over the weekend at Italy’s Mugello Circuit and this year there were a few special unveilings. The Finali Mondiali, or World Finals if your Italian isn’t up to snuff, is the final event on the calendar for the Ferrari Challenge one-make racing series but also serves as a celebration for all things Ferrari.

Present this year were Ferrari Chairman Sergio Marchionne as well as Formula One ace Sebastian Vettel and Enzo Ferrari’s son Piero, and some of the cars unveiled included the new F12 tdf as well as the racing versions of the latest 488 GTB. These race cars will replace the current 458-based cars at the start of the 2016 motorsport season. The versions at the Finali Mondiali included the 488 GT3 (in red) and 488 GTE, the latter designed for the World Endurance Championship.

It’s easy to spot the new 488-based cars by their large side intakes, which help feed cool air to the cars’ twin-turbocharged 3.9-liter V-8s. No specs have been released but we know power will be reduced well below the 660 horsepower of the road car in line with regulations and the seven-speed dual-clutch gearbox likely replaced with a sequential unit.

As for the F12 tdf, this is the new track-focused version of Ferrari’s F12 grand tourer built to honor the famous Tour de France Automobile race. Just 799 examples will be built, with all the build slots likely reserved already. Three examples of the car went onto the track: Kimi Räikkönen and Esteban Gutierrez accompanied respectively Ferrari CEO Amedeo Felisa and Piero Ferrari in two red cars while Ferrari Chairman Sergio Marchionne was Sebastian Vettel’s passenger in the yellow car with which the model was launched.

Finally, it was also confirmed at the event that the 2016 Finali Mondiali will be held at the Daytona International Speedway from December 1-4 of next year. This will be the first time the event is hosted in North America.