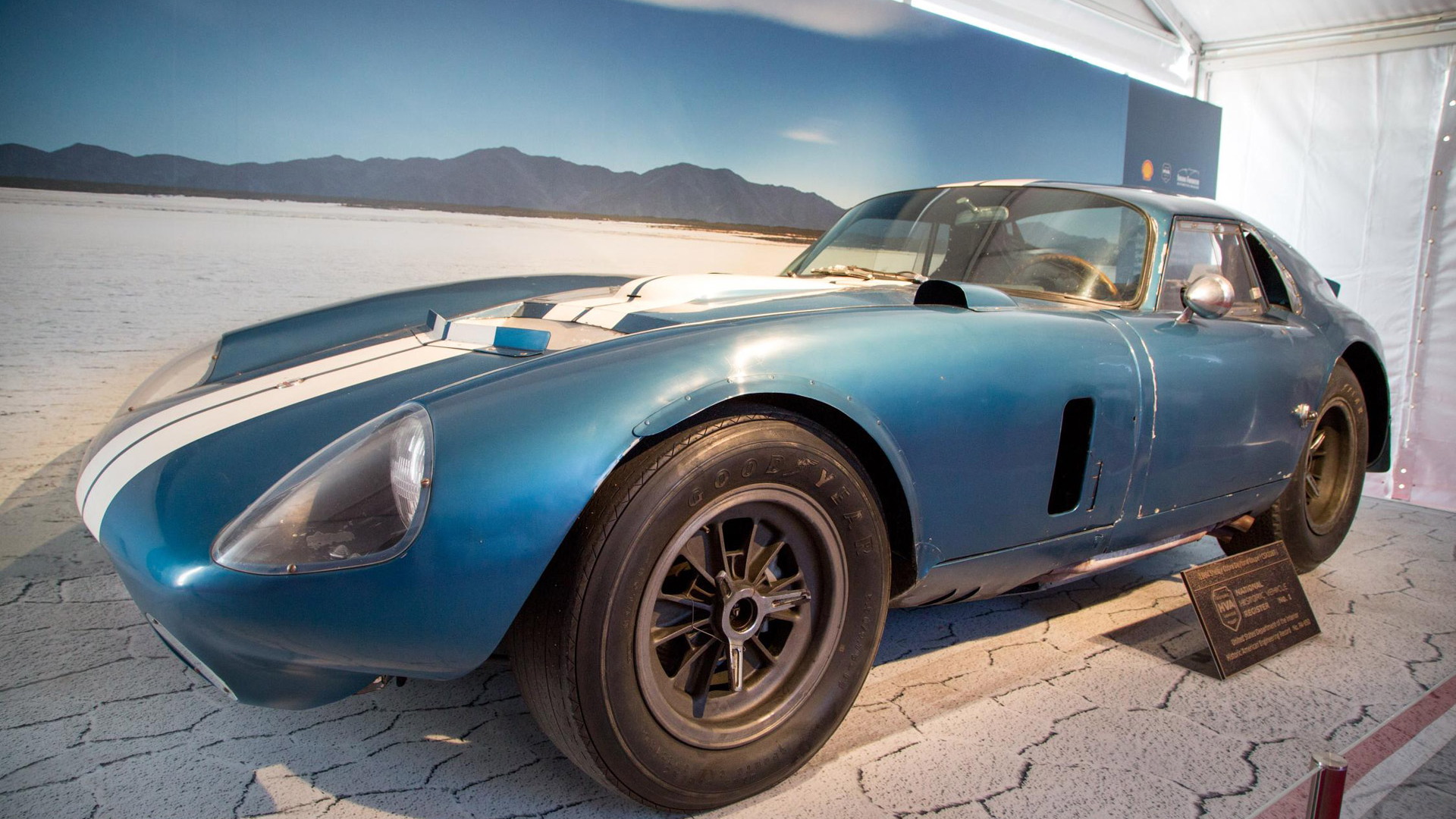 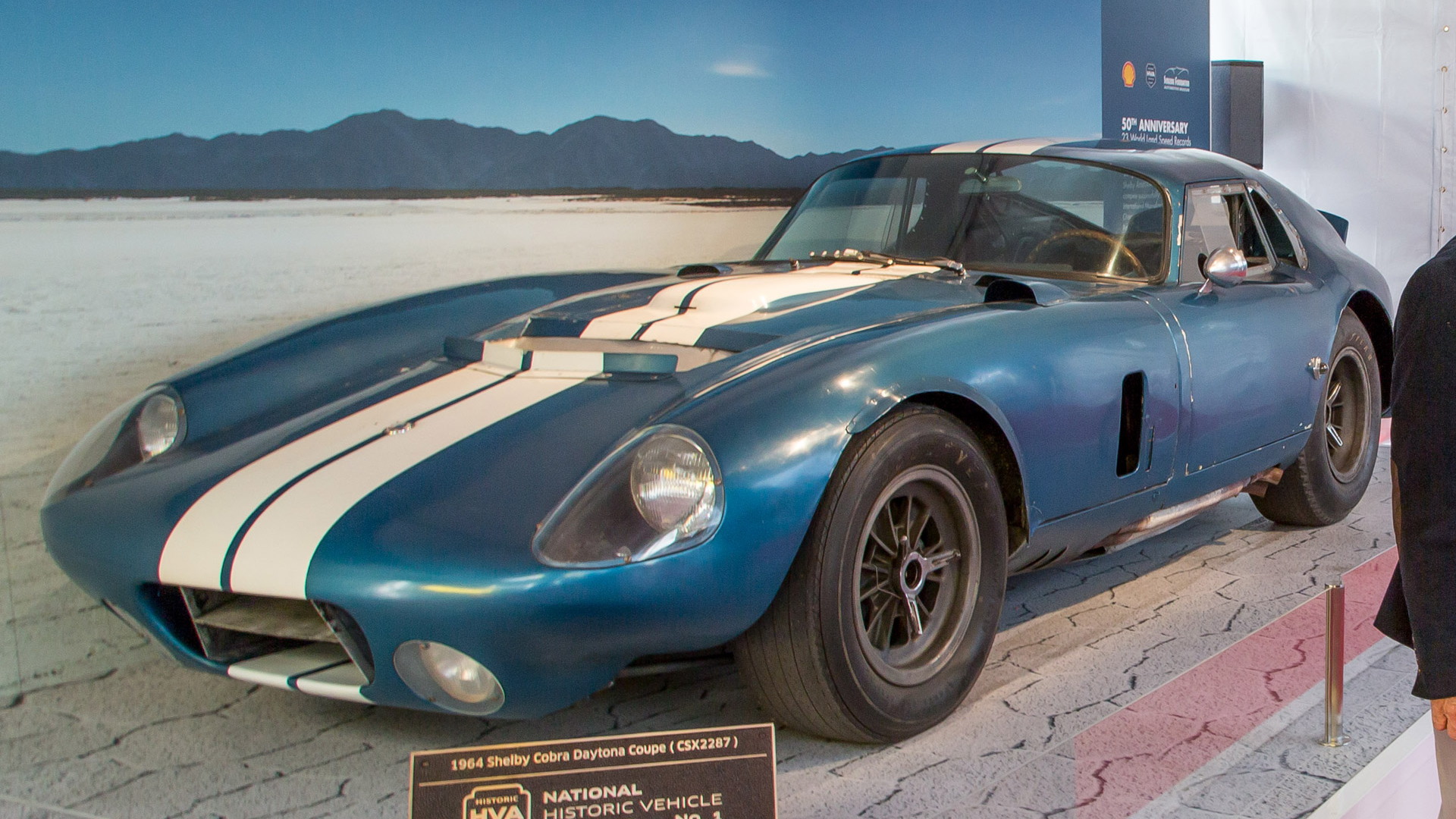 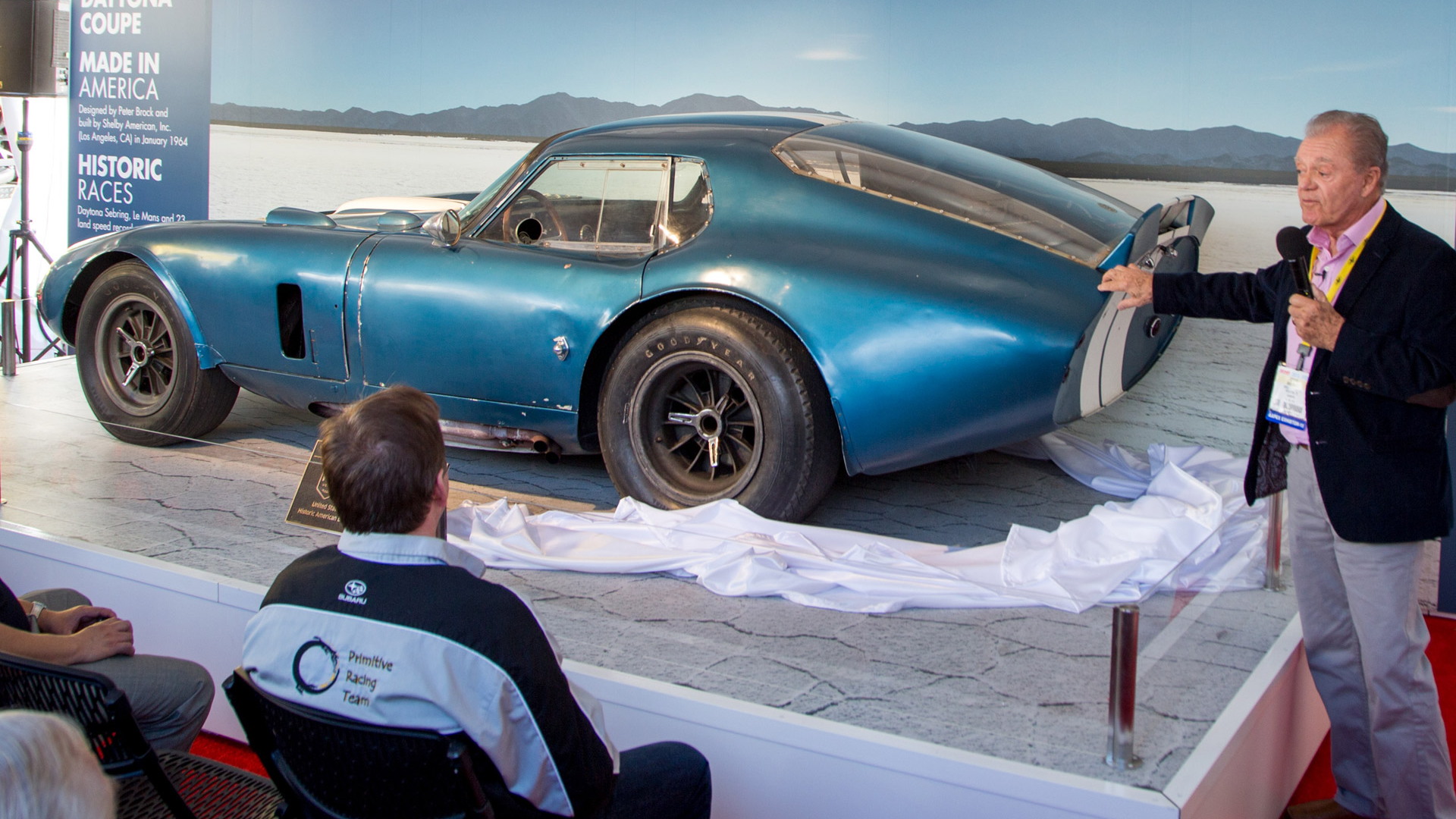 The Shelby Cobra Daytona Coupe is one of the rarest cars to ever be produced, with just six of the originals having been built. This week, one of them was unveiled at the 2015 SEMA show—and it is the rarest of the lot. The Daytona Coupe bearing chassis #CSX2287 was the first of the six cars to be built. It was the original prototype and thus much rougher than later versions, though it was still plenty fast.

Carroll Shelby tapped designer Peter Brock to carry out his vision for the Daytona Coupe we know today. After the design process was completed and a satisfactory coupe, chassis #CSX2287, was built and tested at Riverside Raceway in California back in 1964, the car went off to Daytona International Speedway in Florida for its first race.

Later that year, the International Championship for GT Manufacturers was narrowly won by Ferrari over the Daytona Coupe, but in 1965, Shelby captured redemption with the Daytona Coupe and took home a victory over Ferrari. It was the first time an American team had won an international race series.

When it’s not at shows like SEMA, this very special car forms part of the Simeone Foundation Automotive Museum in Philadelphia. While it is worth multiple millions, you can get your very own Daytona Coupe for much less, as a continuation model direct from Shelby American.