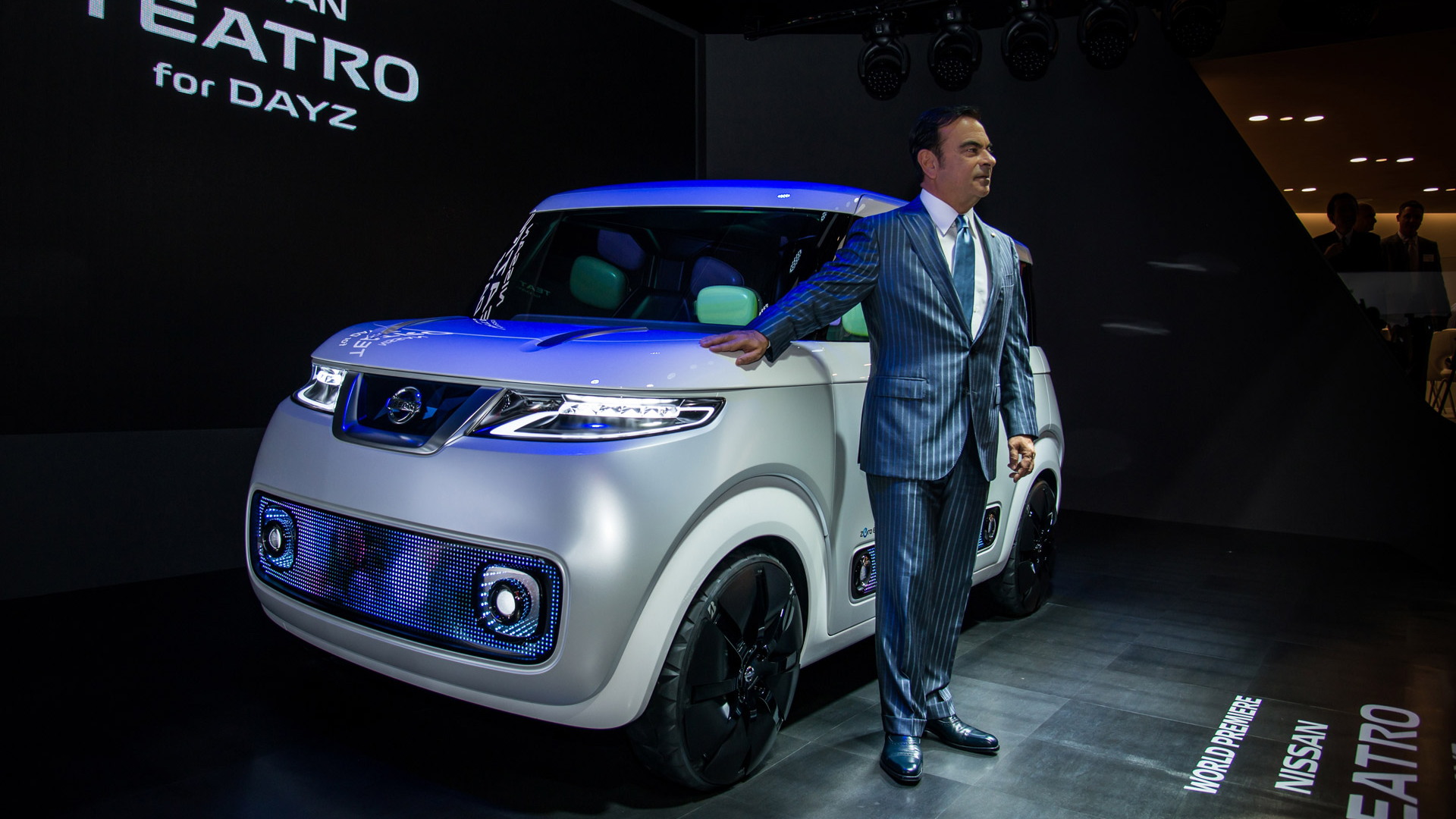 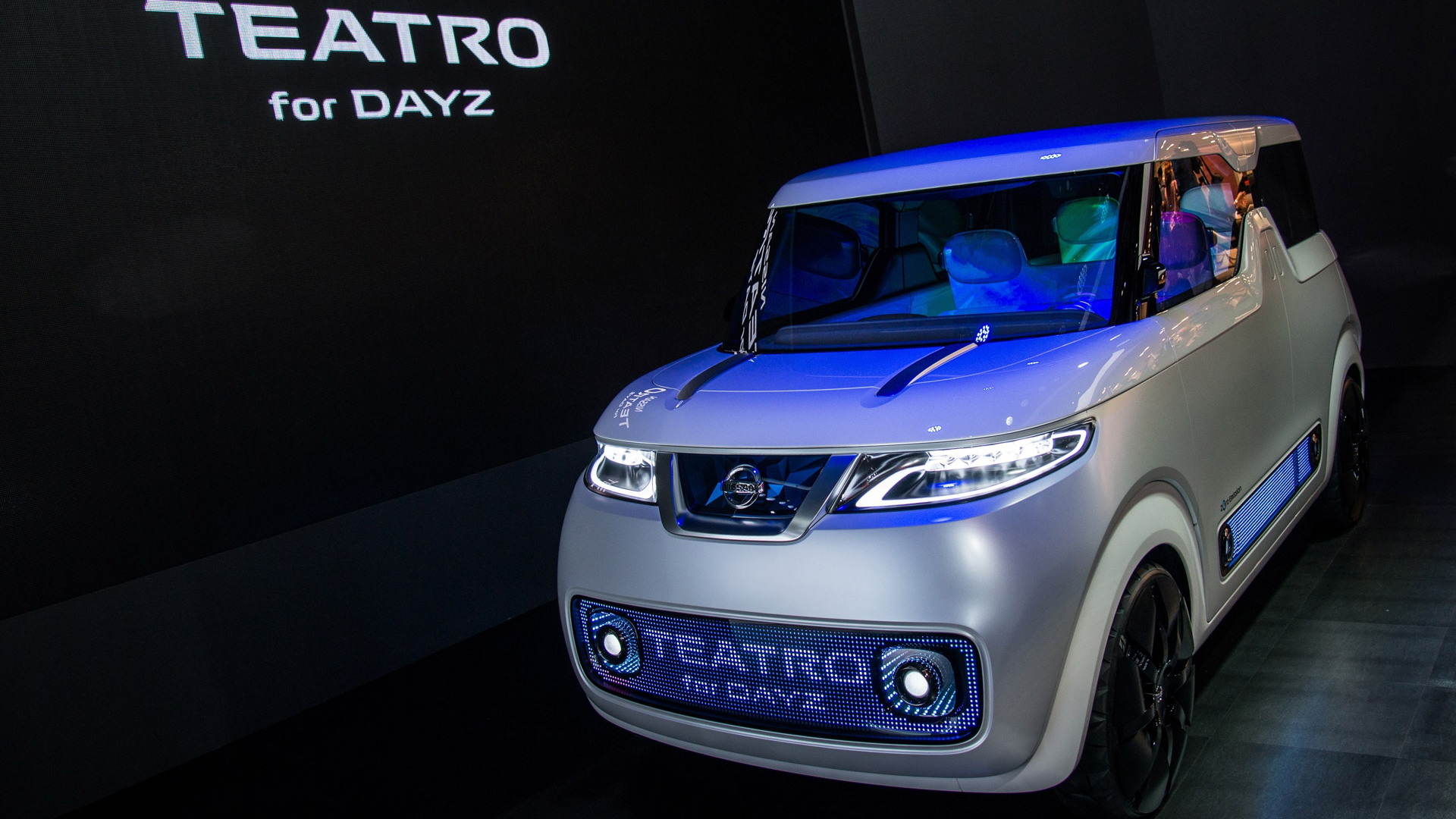 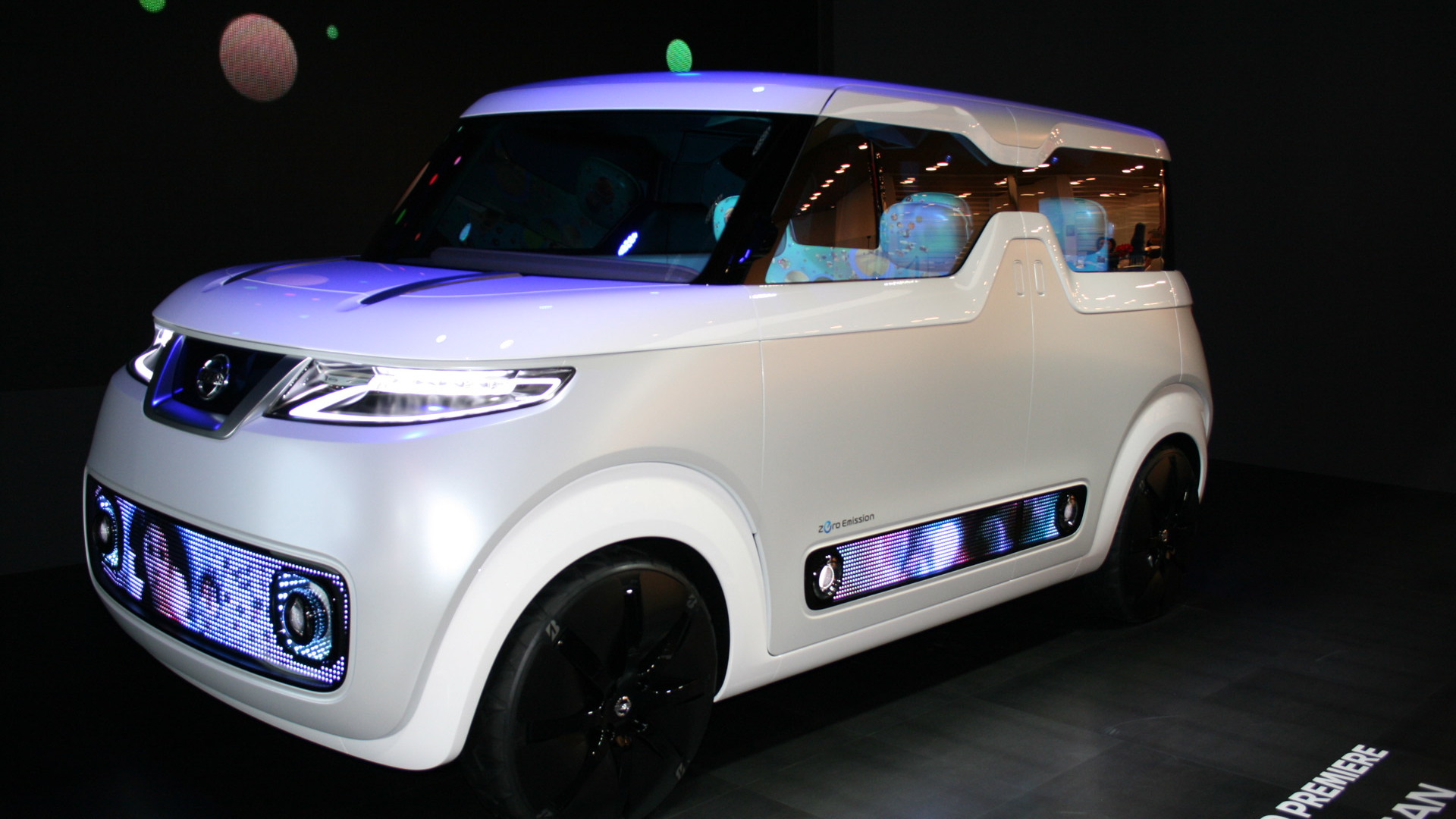 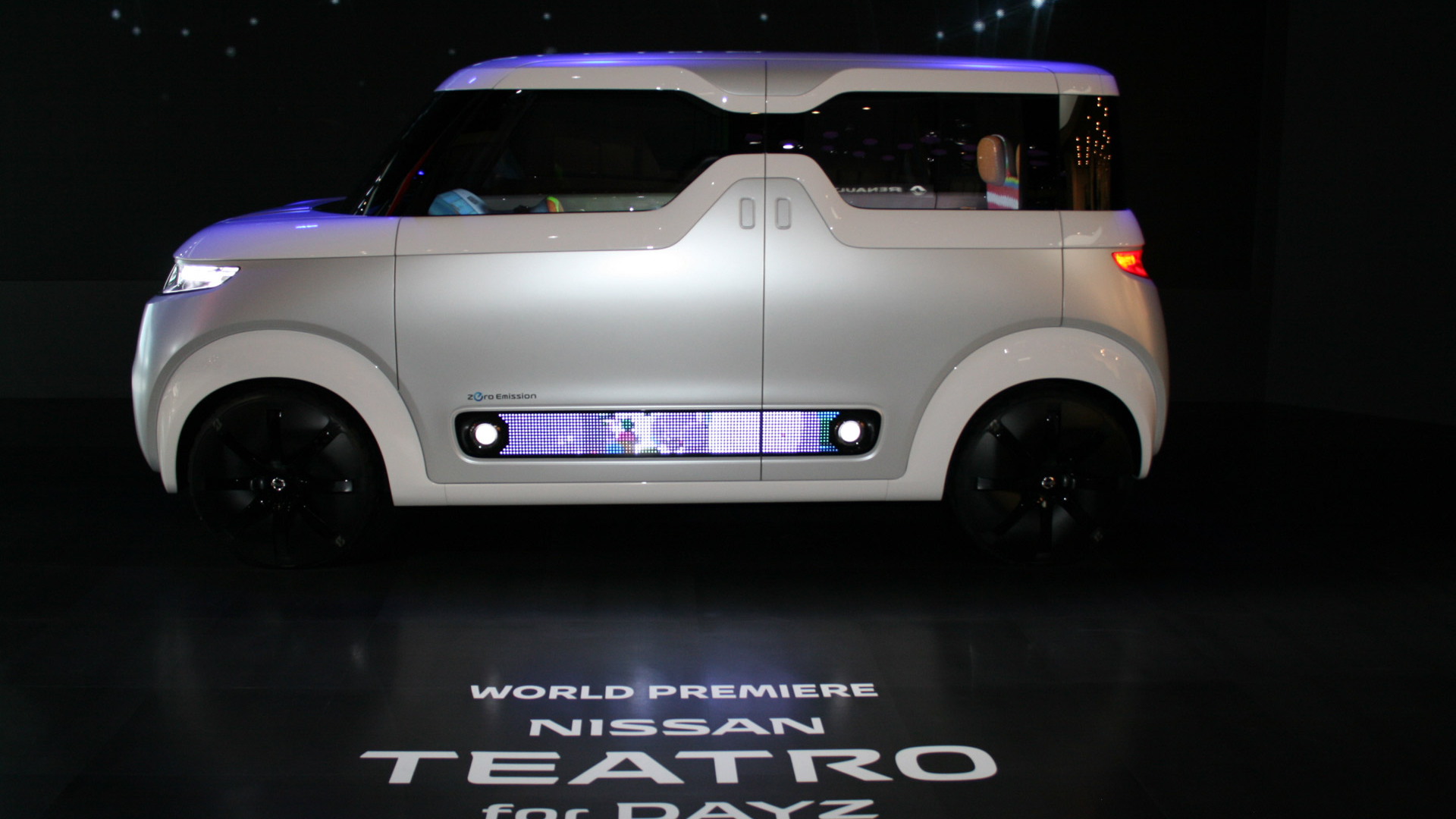 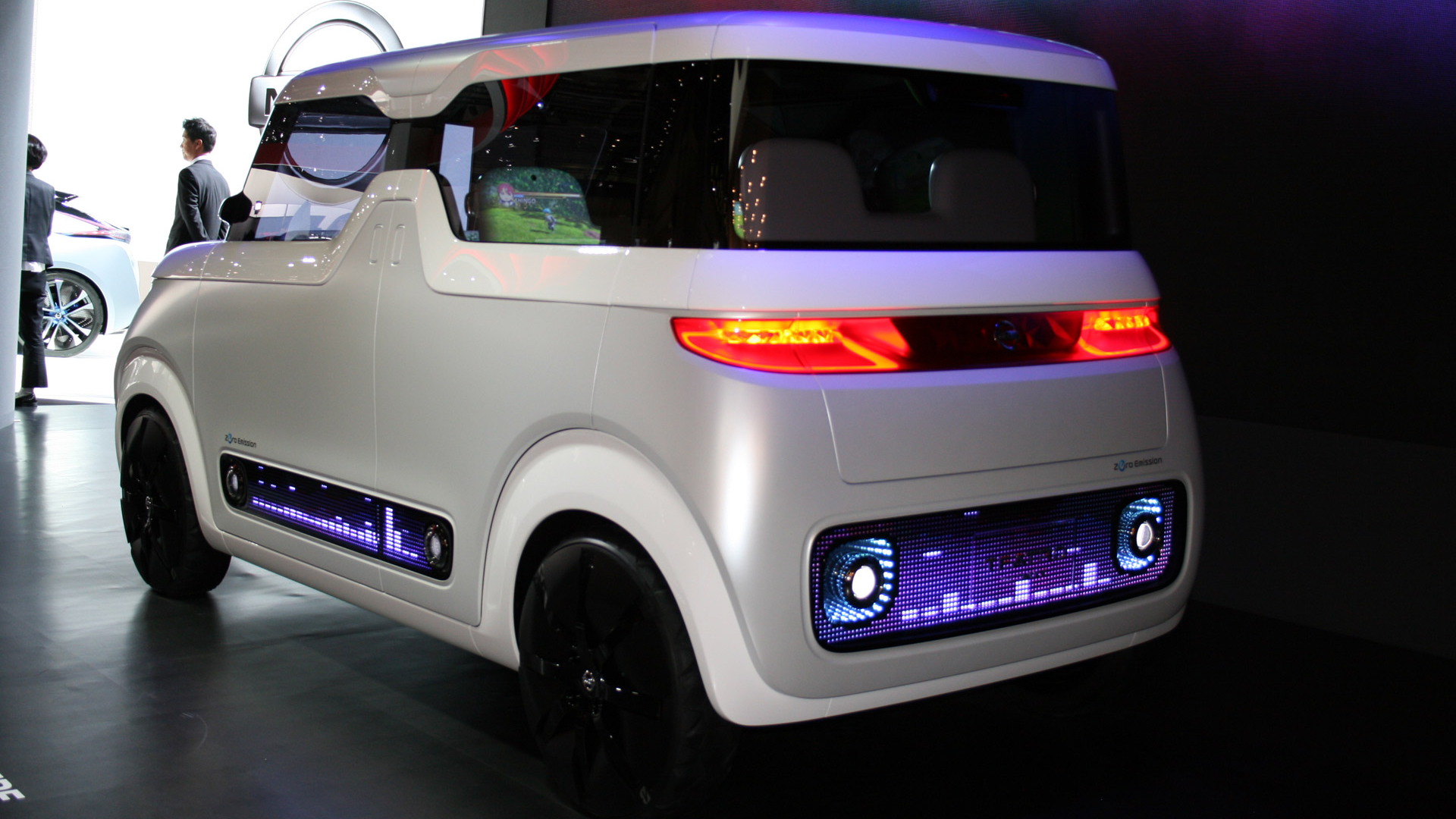 Concept cars are fun. They allow designers and engineers to imagine and create their vision of what our automotive future might look like. Nissan unveiled such a vehicle today at the 2015 Tokyo Motor Show, when it rolled out the Teatro for Dayz. This is the all-electric machine aimed at grabbing what Nissan refers to as "share natives".

The share native, or digital native, is a person that lives in the world today that involves sharing stuff socially and remaining in touch with everyone around them. The Teatro for Dayz is a connected car. That means you can always be in touch with friends and family, but this concept goes beyond the general idea of what a connected car can be.

It offers a high level of customization both inside and out. The exterior features LED screens that offer up a space for the owner to get creative, while the interior is where that creativity could really shine. The materials inside can change colors, patterns, display images, and generally act as large screen surfaces. Individual headrests can act as video-chat screens, while the seats can be made to resemble your favorite lounge chair.

ALSO SEE: Honda’s Rival To The Toyota Mirai Is The 2017 Clarity Fuel Cell

It's a fairly fascinating conceptual look at what could make for an interesting autonomous vehicle for a younger crowd. The video for the concept even shows a person enjoying a video game using the wide range of screens in the car. As long as the Teatro for Dayz doesn't turn into the game Day Z, we're totally down with the idea. It would make a morning traffic-laden commute much more enjoyable.