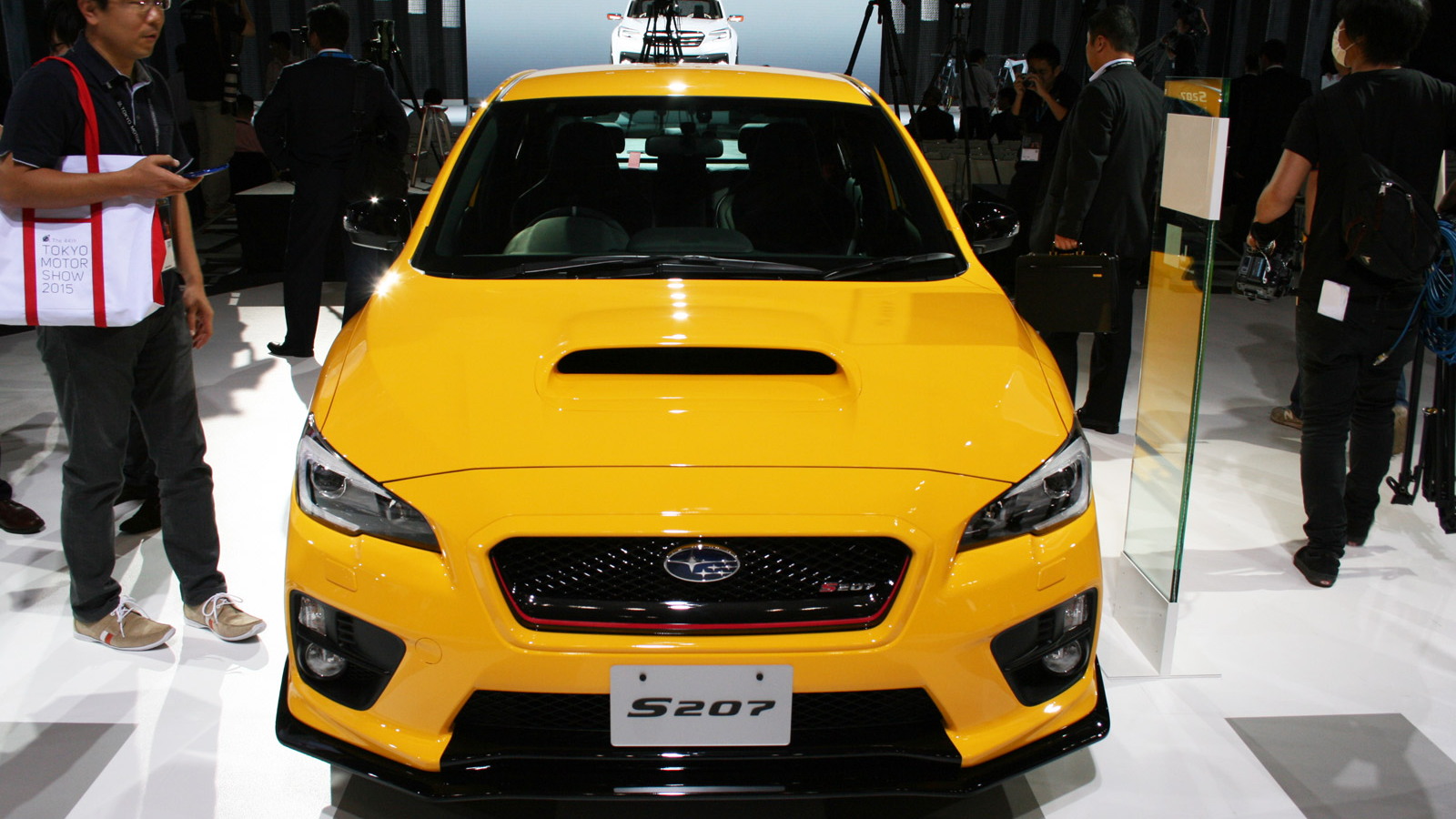 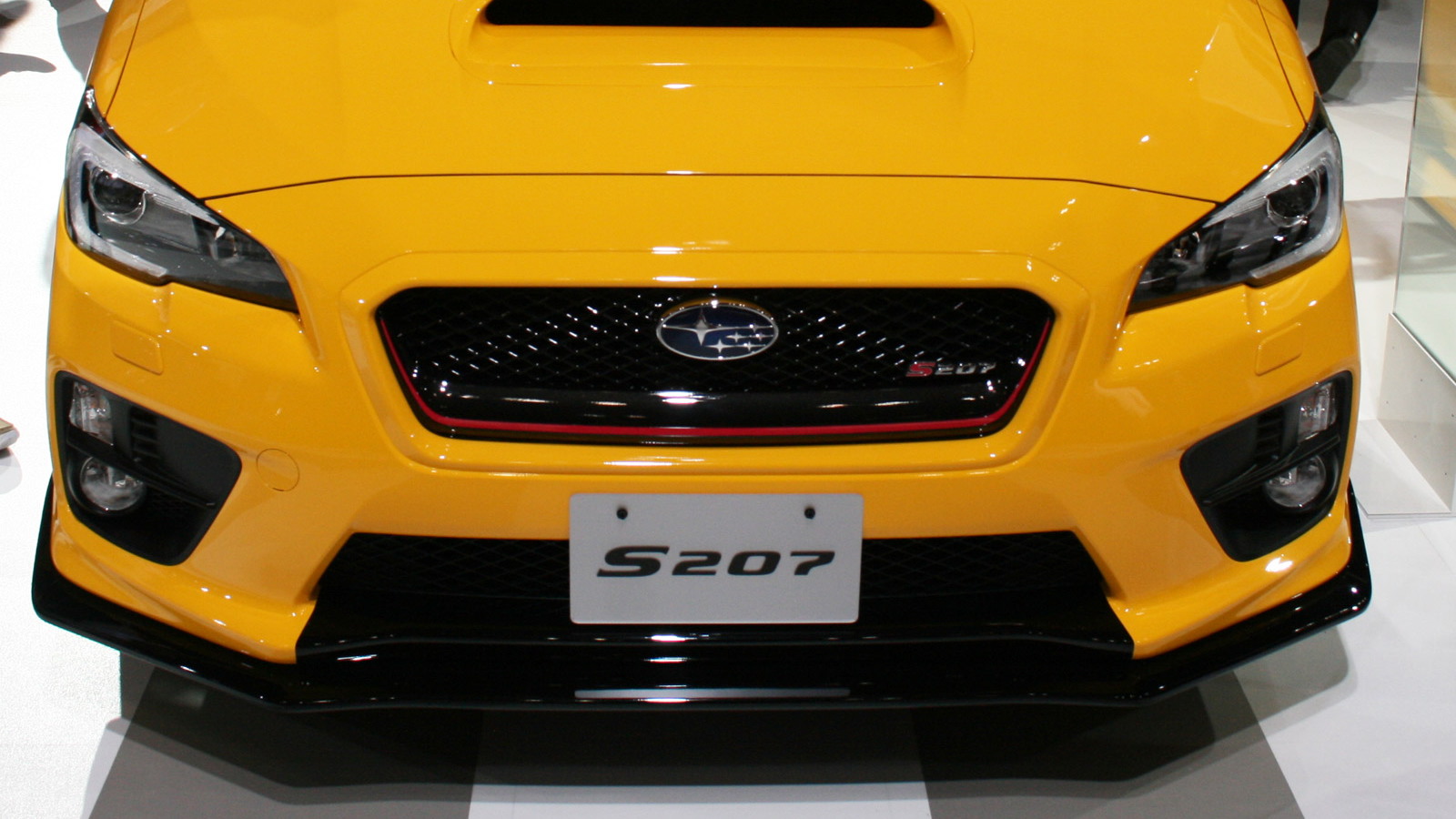 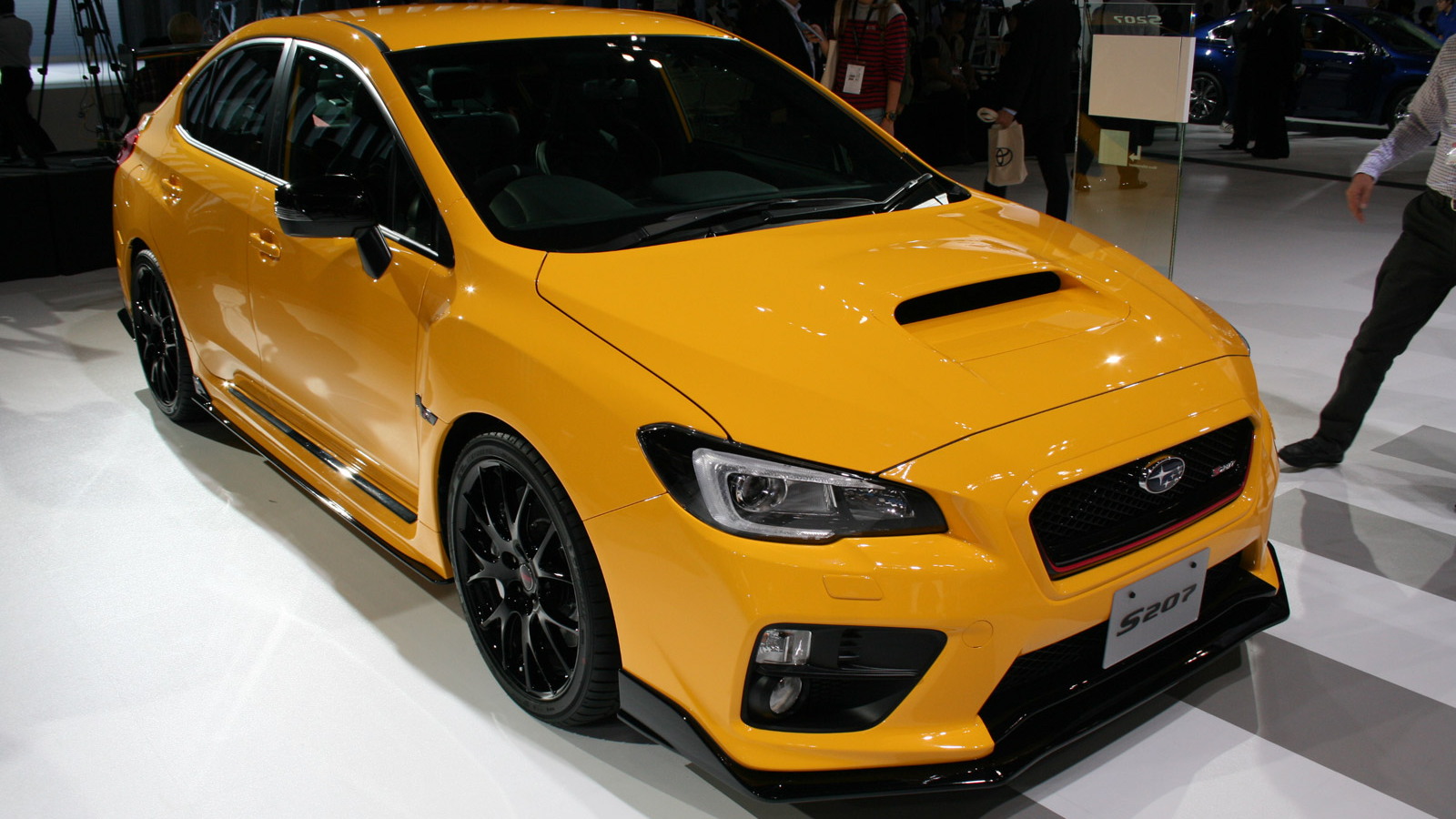 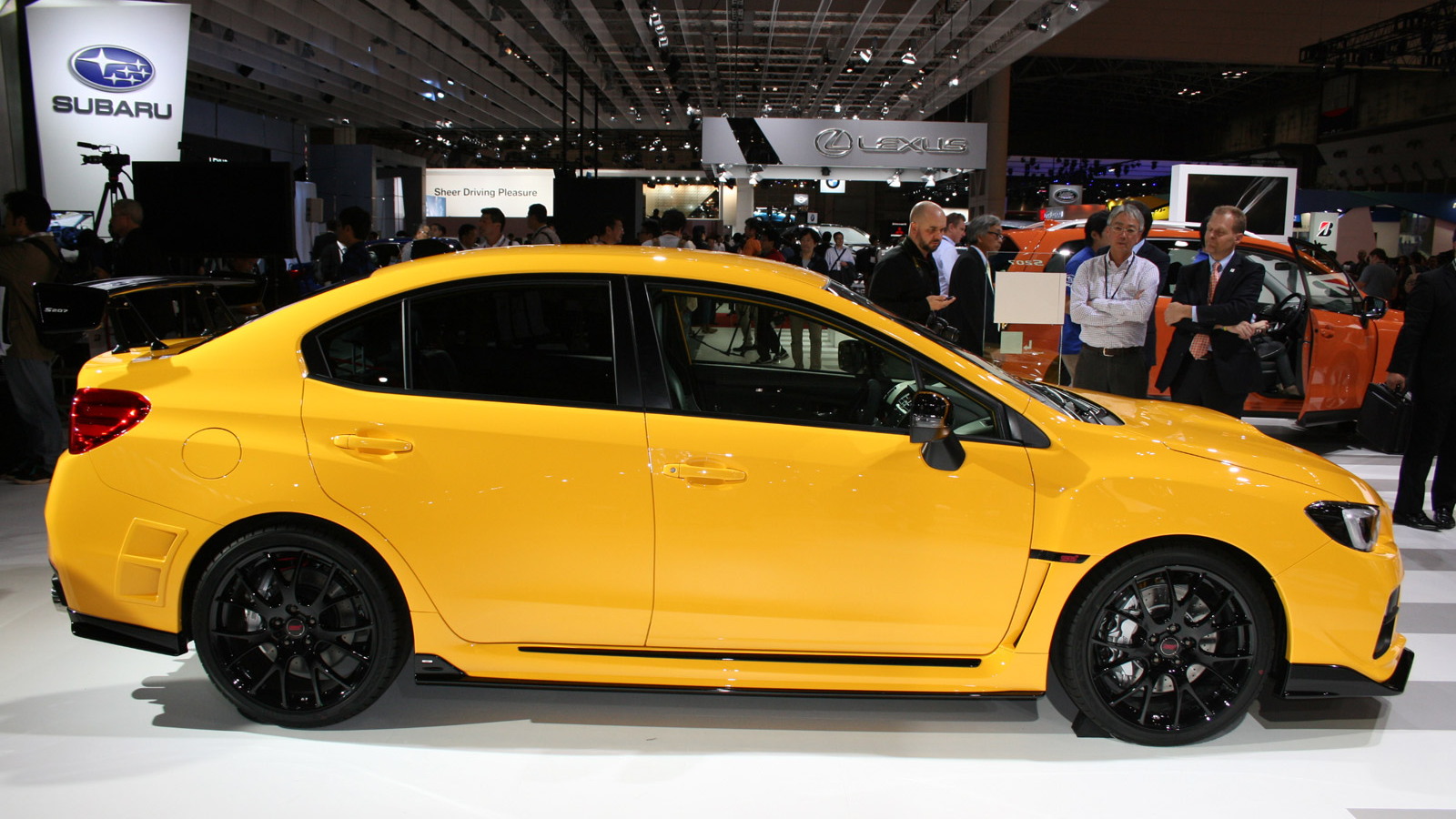 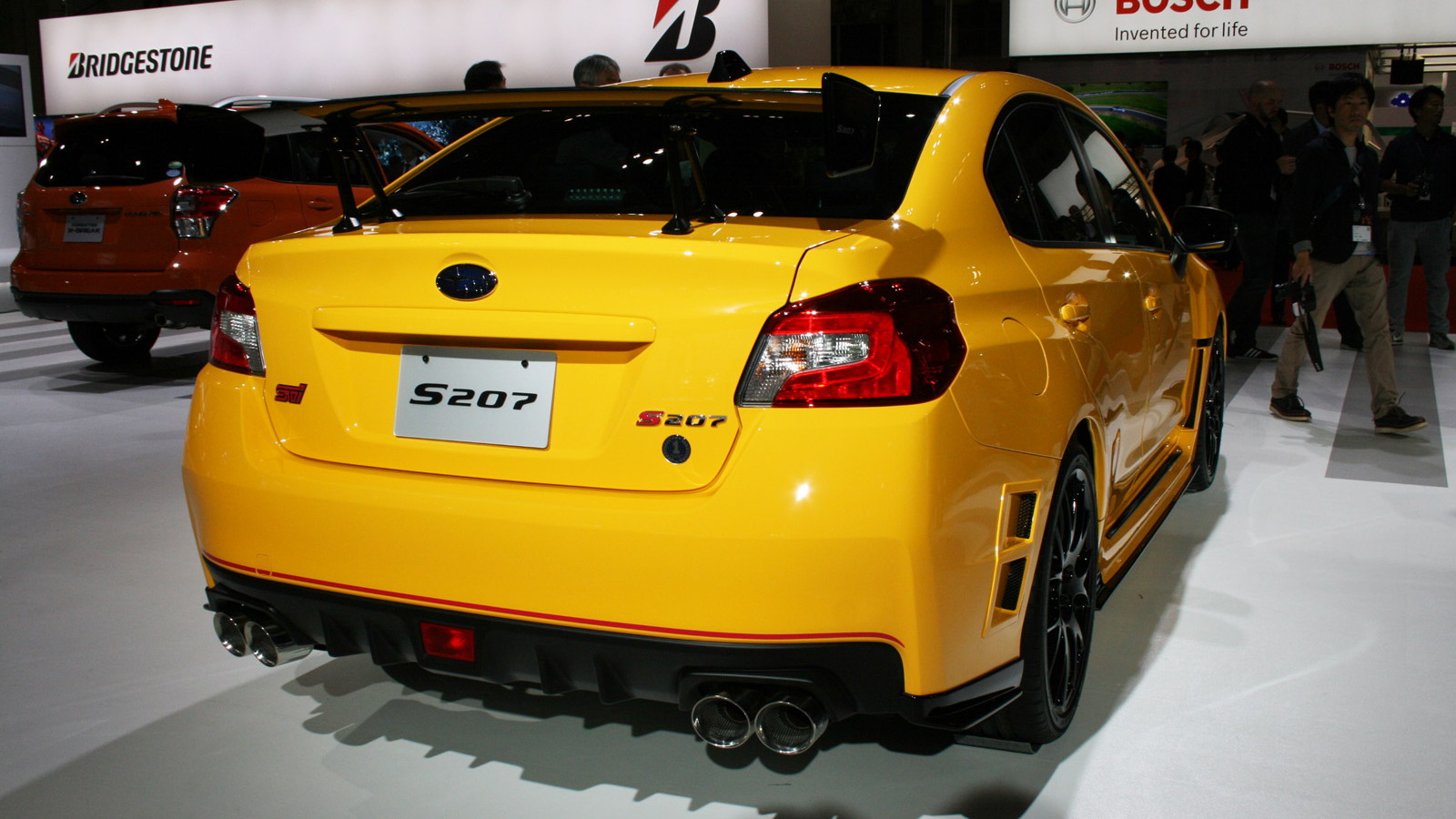 Subaru’s STI division is notorious for churning out special models offered exclusively in Japan, and the latest WRX STI S207 on display this week at the 2015 Tokyo Motor Show doesn’t deviate from that pattern.

So what exactly is the S207? It’s a stiffer, more powerful and much more exclusive version of the WRX STI. Just 400 of the cars will be built, and all of them will be staying at home we’re afraid.

Peak output from the car’s turbocharged 2.0-liter four-cylinder engine has been dialed up to 323 horsepower, up from the 305 hp for the WRX STI sold here. Peak torque, meanwhile, registers at 318 pound-feet, plateauing between 3,200 and 4,800 rpm.

The car’s handling is enhanced by a quick steering-gear ratio of 11:1, the addition of original STI components including a flexible tower bar, adjustable dampers, and a brake-based torque vectoring system, all of which combine to achieve a strong yet flexible ride plus sharp cornering.

A separate NBR Challenge Package will also be available for buyers. This will be limited to 200 units and includes a number of additional upgrades, the highlight of which is a carbon fiber rear wing. There is also a special plaque commemorating Subaru’s victory in the SP3T class in this year’s Nürburgring 24 Hours endurance race.

The WRX STI S207 goes on sale in Japan on December 1, 2015, and will be offered in just three colors as standard: WR Blue Pearl, Crystal White Pearl, and Crystal Black Silica. An extra special 100-car run will be offered with the Sunrise Yellow color you see here.