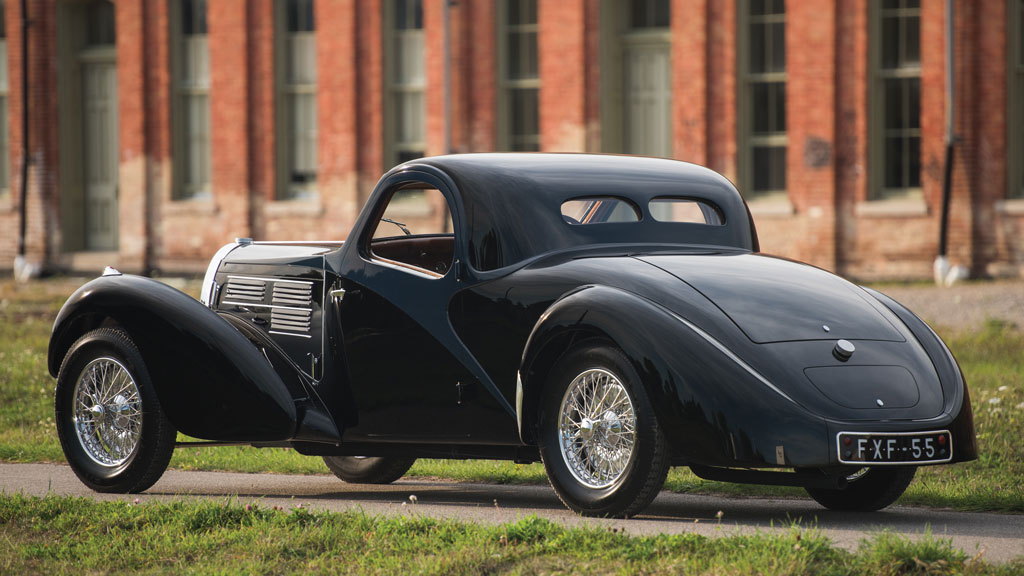 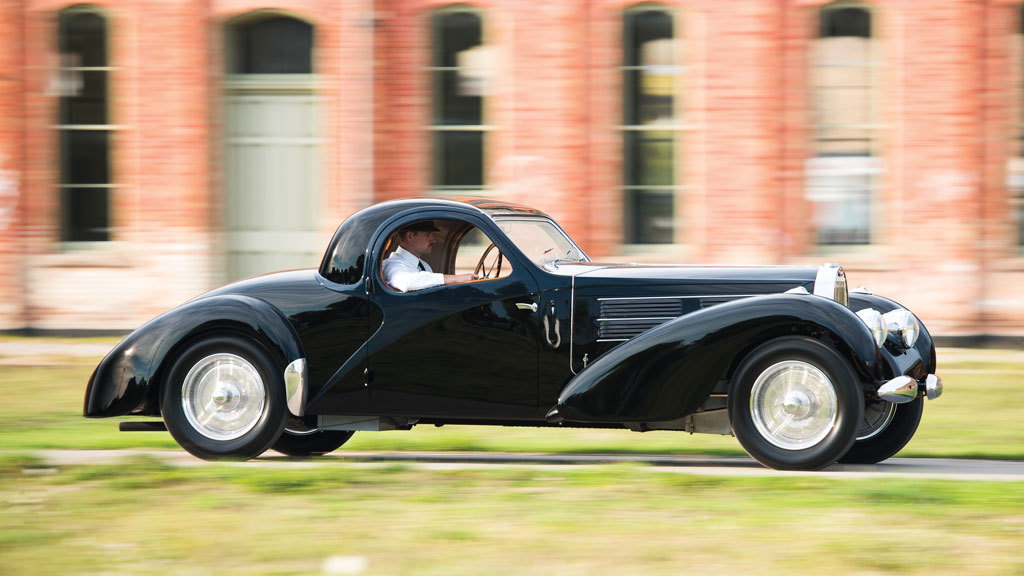 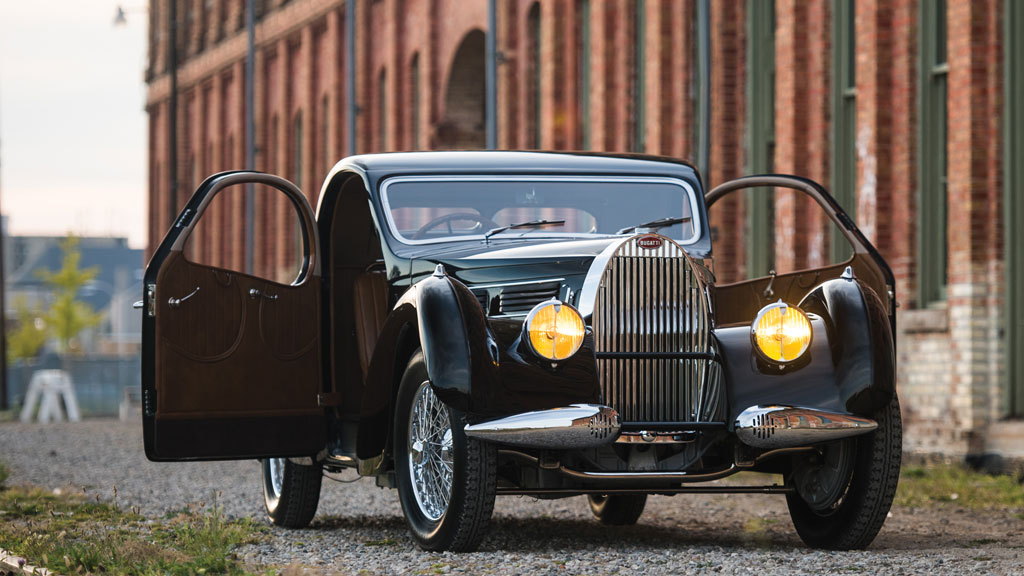 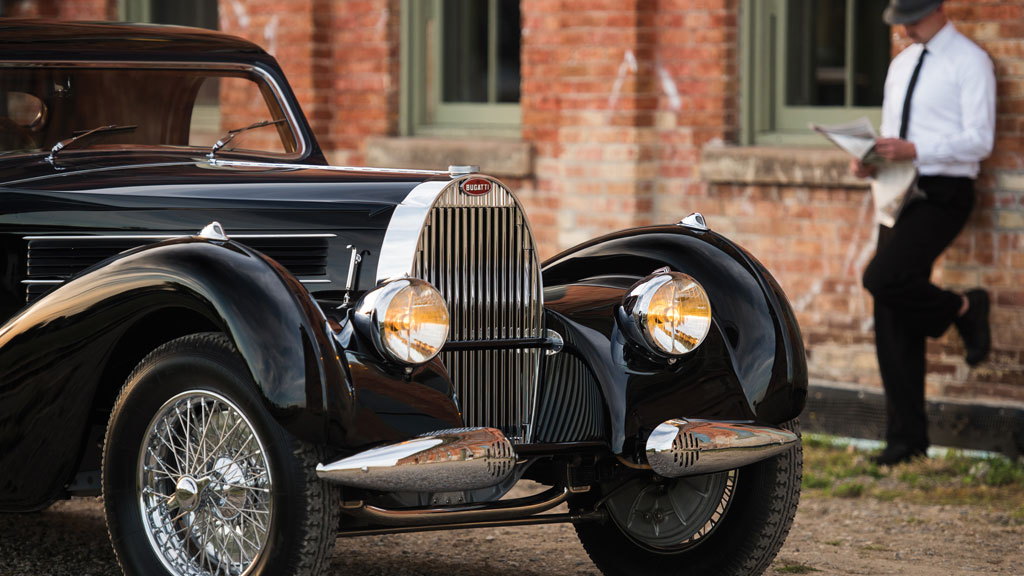 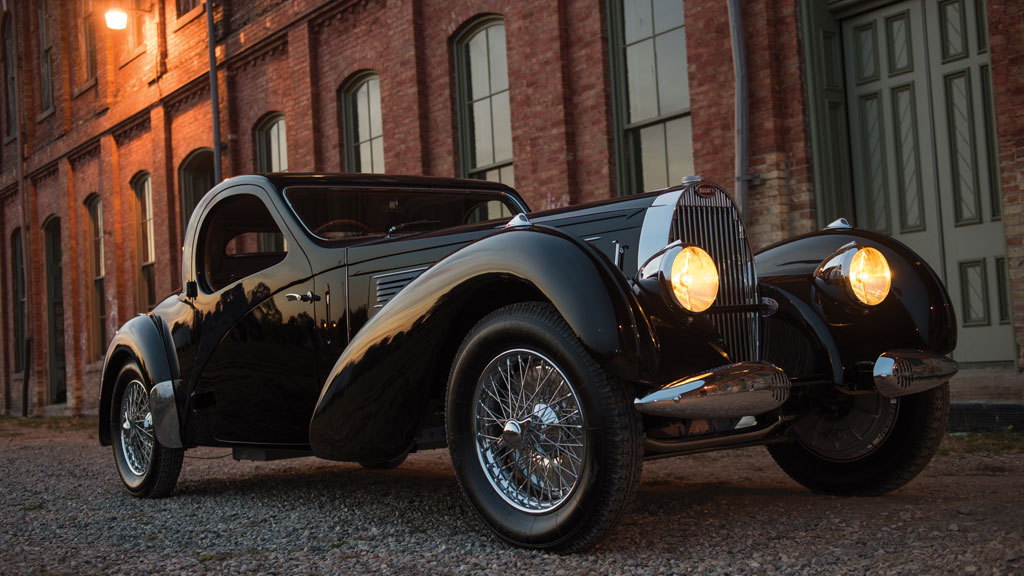 Displayed at the 1939 World's Fair in New York, Bugatti's Art Deco masterpiece is as much a sculpture as it is a car, but its mechanical bits are every bit as potent as the stunning lines. Its DOHC straight-eight engine is good for 160 horsepower, which was an amazing figure for an engine in 1938, and allowed this model to remain competitive in races over a decade after it was built.

Of course, the extreme rarity of this car means its racing days are long behind it.

Bugatti only built 32 Atalantes, and of that lot, only 12 had bodies crafted in aluminum, like this one. Chassis number 57766, which will hit the auction block during the upcoming RM Sotheby's Driven by Disruption event, is the final of the aluminum examples. That distinction alone would be enough to propel its price into the stratosphere, but its exemplary condition, along with the presence of all its original components make it an even more attractive proposition.

After an ownership history which included esteemed enthusiast Al Garthwaite—founder of Philadelphia's famous Algar Ferrari—the car was purchased by Macy's mogul John W. Straus, who drove it frequently before he parked it for good. The Bugatti spent nearly five decades stored away before being sent for restoration in 2007, after which it  would eventually win 2nd in Class at the Pebble Beach Concours d'Elegance that year.

In 2013, a 1937 Type 57SC Atalante sold for the $8.5 million during an auction at the prestigious California event, and given the current market for high-end collectible cars, a hammer price of over $10 million for chassis number 57766 seems like a safe bet.

Of course, the Bugatti won't be alone when the auction commences. Some of the other contenders include a stunning 1955 Ferrari 500 Mondial by Scaglietti, a one-of-19 Aston Martin DB4 Zagato, and fantastic 1981 Lamborghini Countach LP400 S Series III finished in Verde Metallizzato.