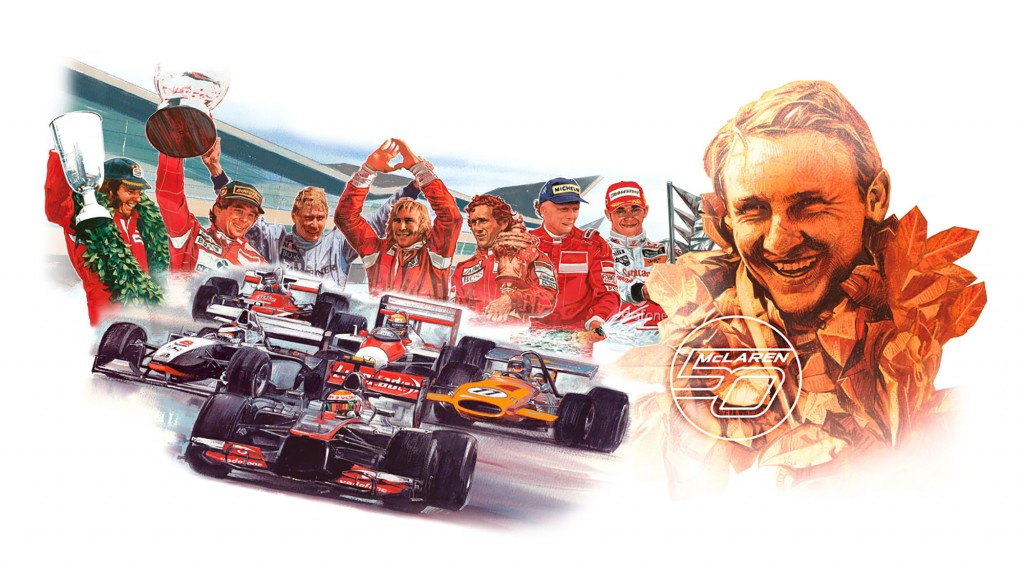 It's been more than four decades since New Zealander Bruce McLaren lost his life testing a Can-Am car at the Goodwood Circuit in Southern England.

A hillclimb event began his racing career, which would see McLaren race and design cars at the sport's highest levels, including Formula One and Can-Am, before his untimely death at 32 years old. Today, his surname is familiar to enthusiasts around the world due to the Formula One constructor he founded and spectacular cars like the McLaren P1 from the automaker that spun off from the constructor in 1989. But a forthcoming documentary seeks to share his racing career and the genesis of his firm with a new generation of fans.

Simply titled McLaren, the documentary is being produced in cooperation with the New Zealand Film Commission and will be directed by Roger Donaldson, who previously directed The World's Fastest Indian.

The next few years are shaping up to be good ones for fans of motorsport, as Tom Cruise is set to play Carroll Shelby in Go Like Hell, which tells the story of his battle against Ferrari at the 24 Hours of Le Mans. An Enzo Ferrari bio-pic starring Robert De Niro is also on the way.

McLaren is scheduled for release in 2016.