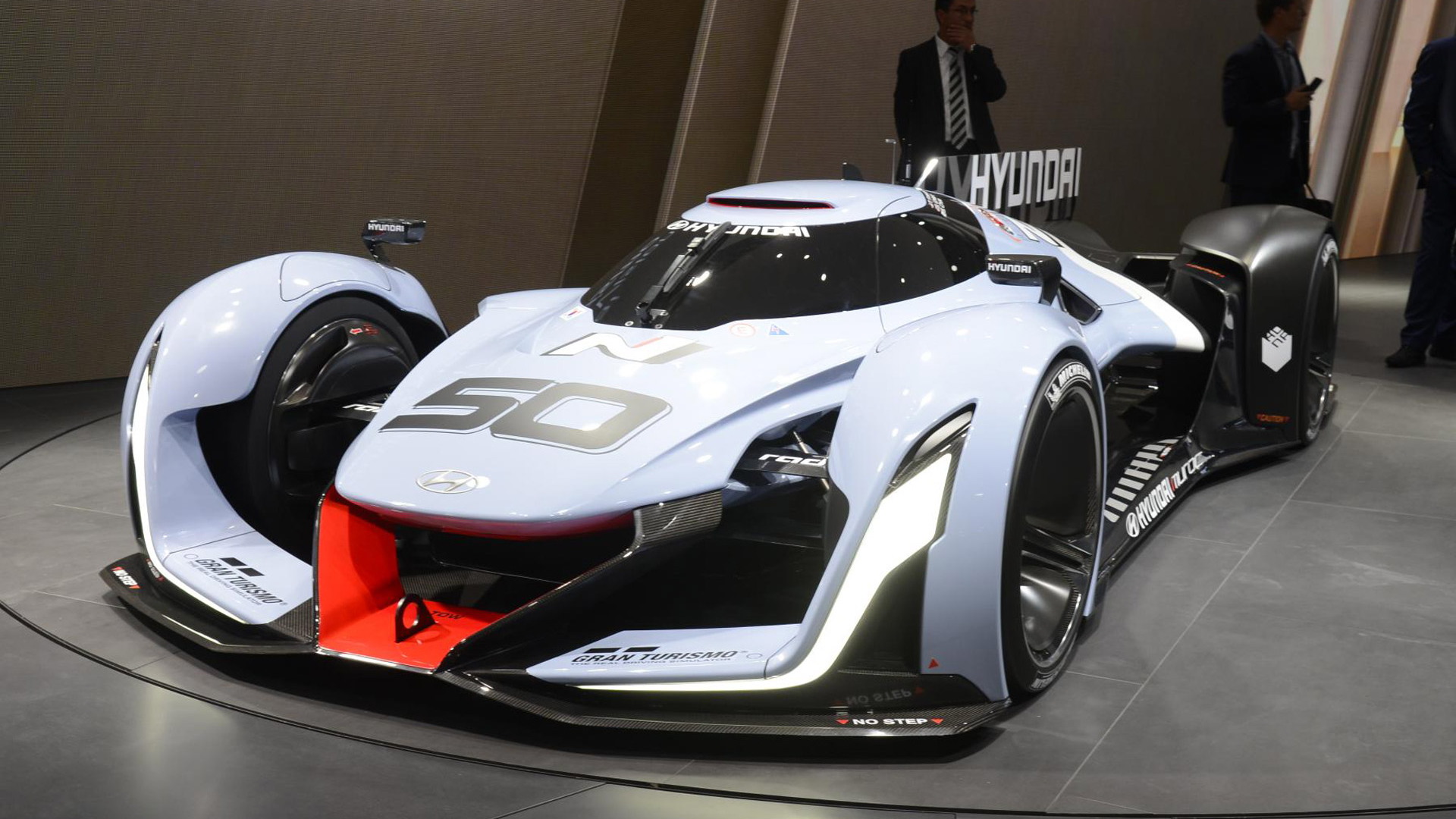 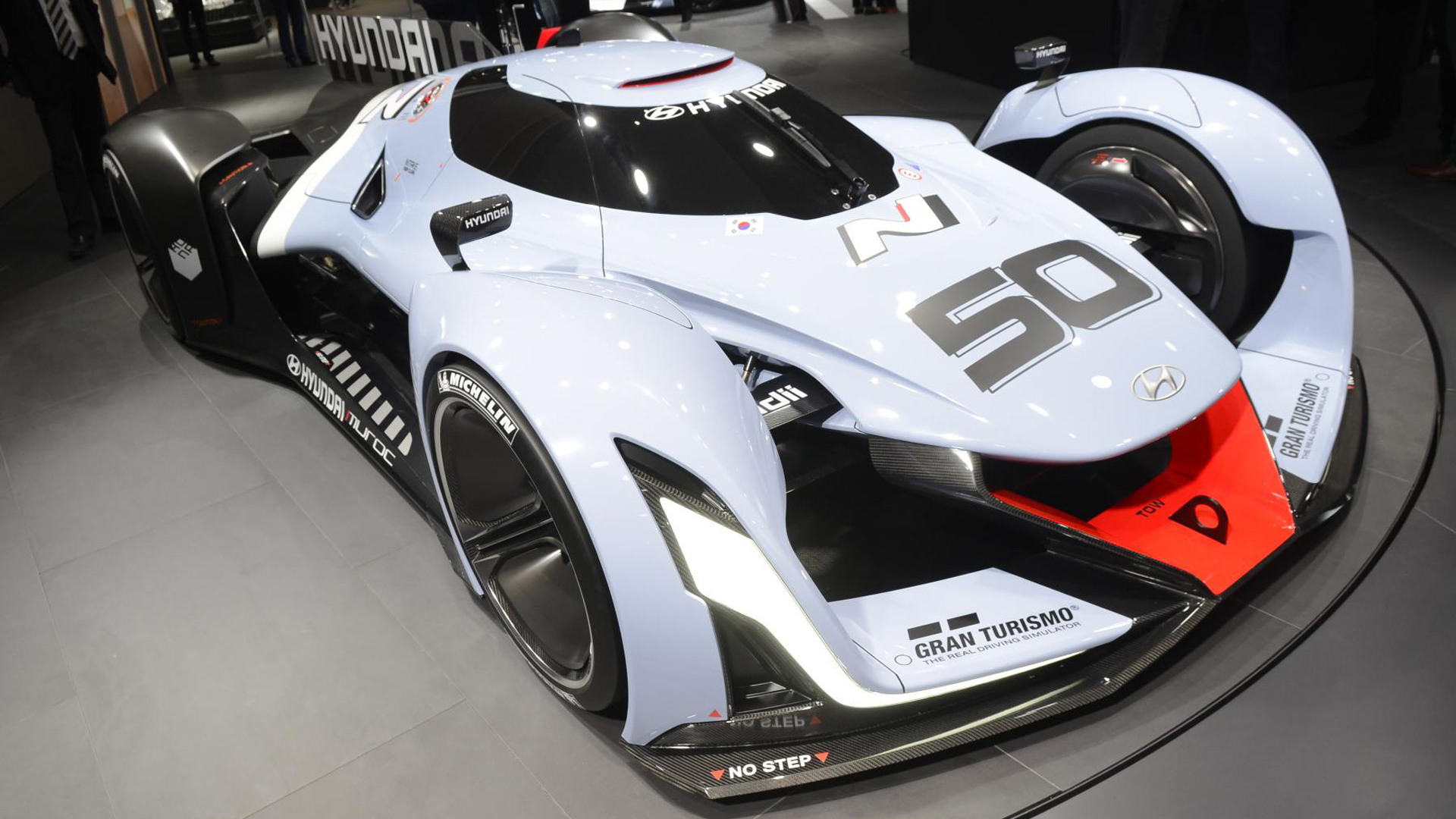 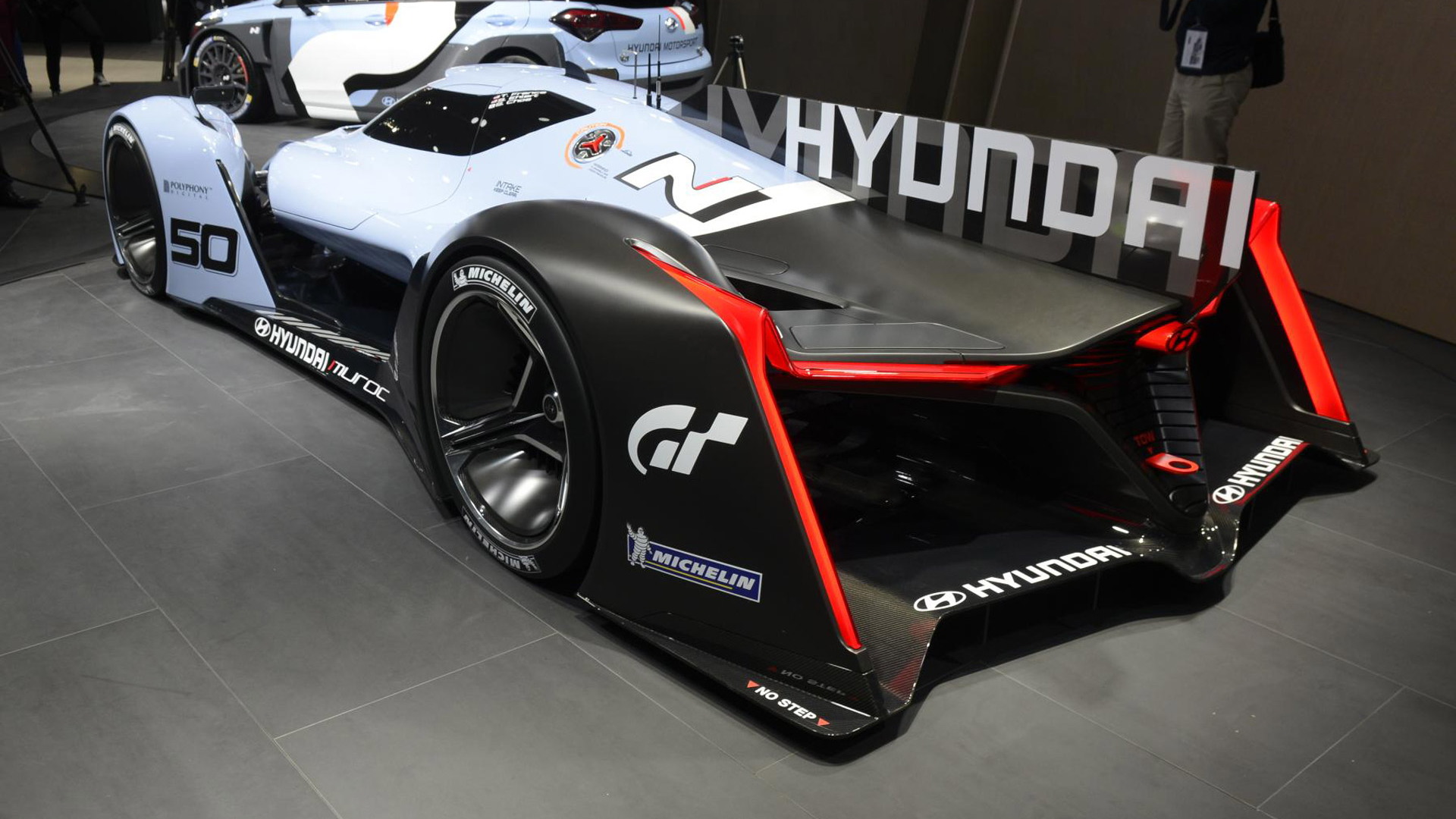 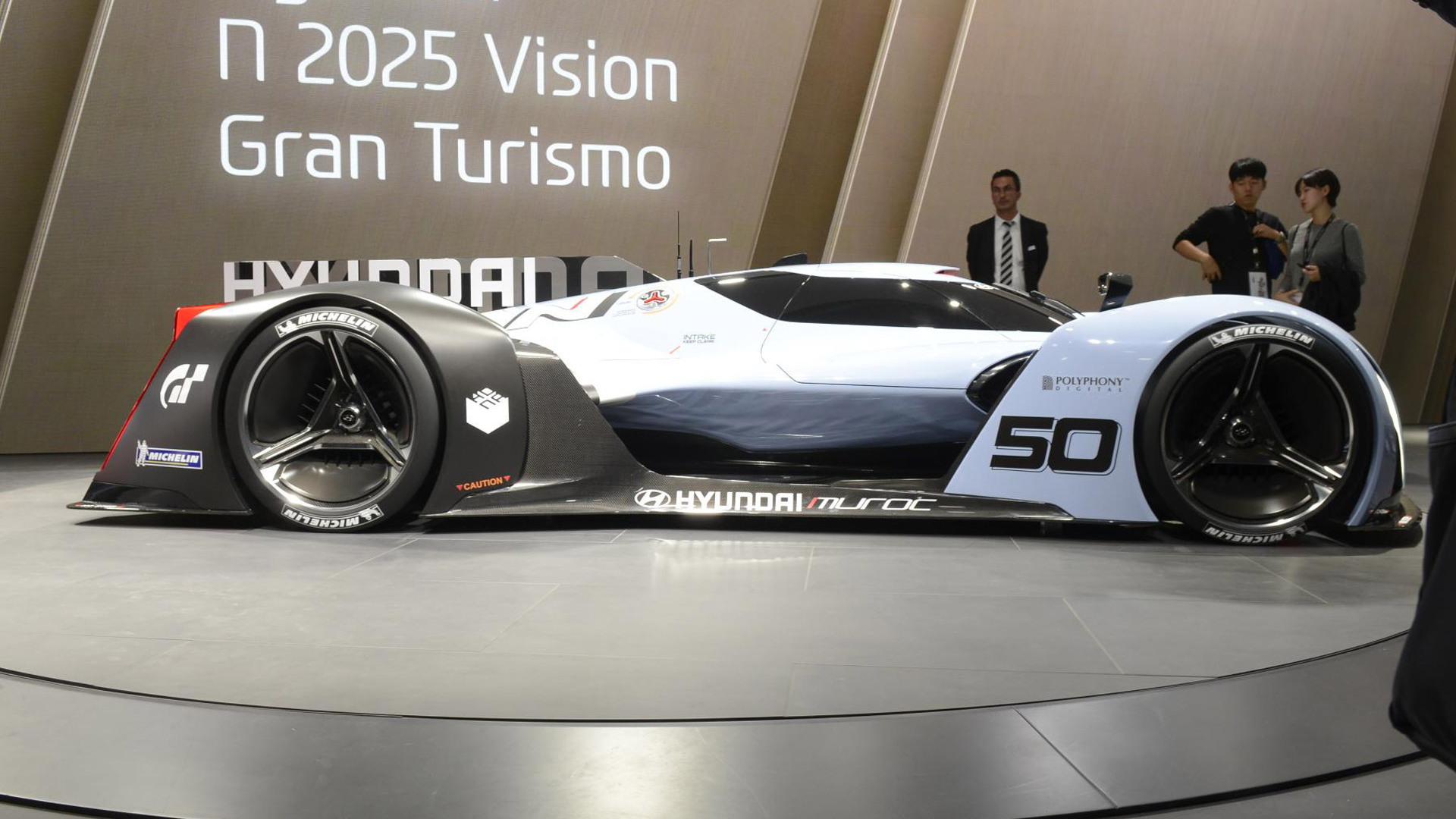 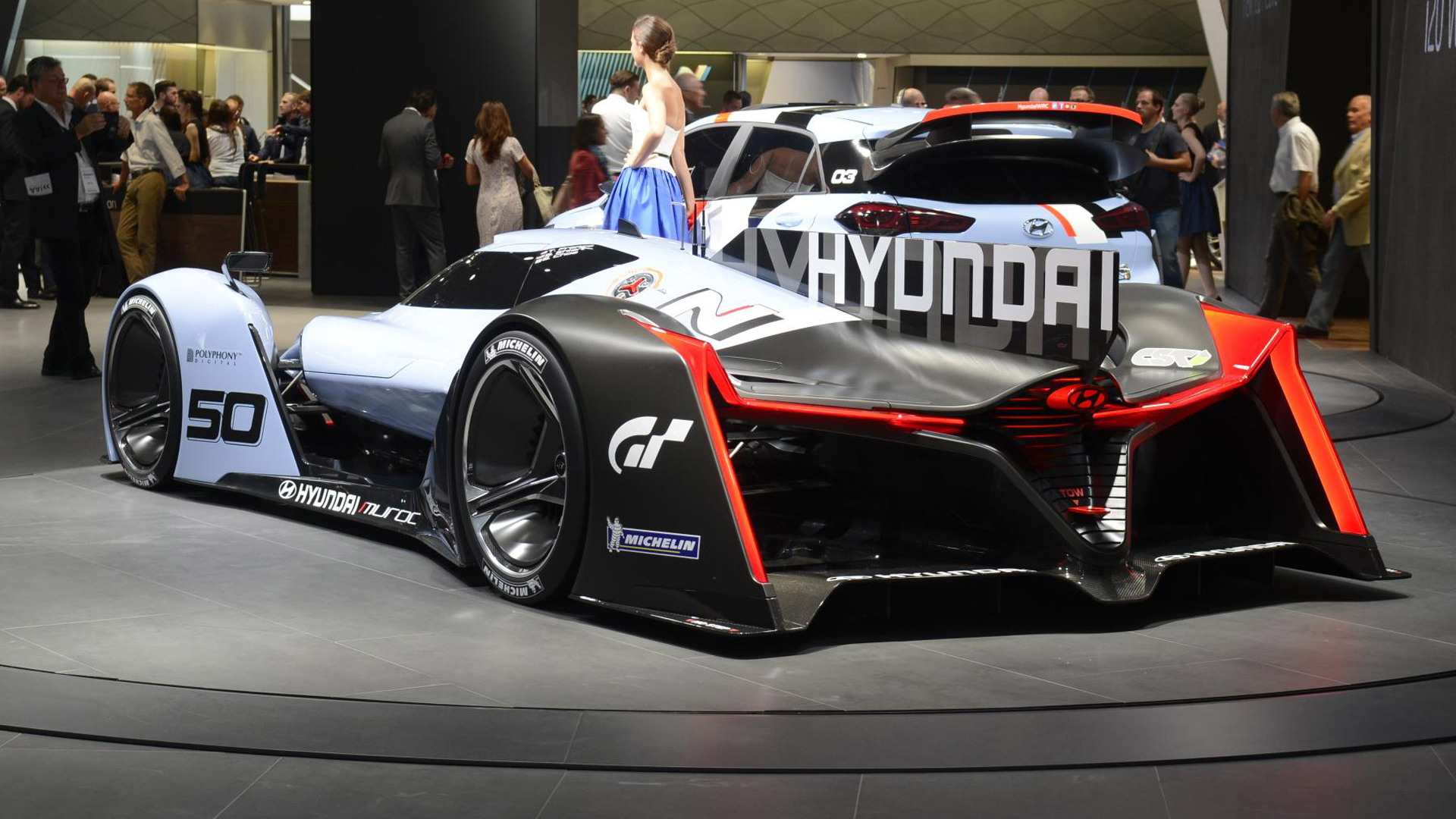 Bugatti isn’t the only automaker with a Vision Gran Turismo concept on display at this week’s Frankfurt Auto Show. Hyundai has unveiled its own concept celebrating the Gran Turismo video game series, but is also using the car to help kick off the launch of its new N performance division.

The N division was first announced two years and at the time was centered on Hyundai’s motorsport program, namely the automaker’s return to the World Rally Championship. Now it’s time for the N division to branch out into the world of performance-oriented road cars, and heading the division is none other than Albert Biermann, the former chief engineer for the BMW M division.

“By revealing this exciting high performance sub-brand N to our customers, we’re challenging expectations of the Hyundai Motor brand,” Biermann said at the launch event. “Our future model lineup will include performance-oriented and race track-capable cars that will be full of energy.”

An N-badged version of the Hyundai i30, the global version of our own Elantra GT, is thought to be coming first, and prototypes have already been spotted. Other likely candidates include the i20 subcompact sold overseas and the basis of Hyundai’s WRC program, as well as the Veloster. They will feature new powertrains and lightweight materials derived from Hyundai's WRC program, as well as performance-focused handling and aerodynamics.

As for the new concept, which is dubbed the N 2025 Vision Gran Turismo, it’s said to highlight the N division’s perspective on future performance characteristics. Key elements intrinsically linked with the new performance division and highlighted on the concept are race car design and sustainable technology.

Power comes from a hydrogen fuel cell-based setup that combines a pair of fuel cell stacks as well as an energy recovery system complete with super capacitor energy storage. The fuel cell stacks deliver 670 horsepower, while the super capacitor adds an additional 201 hp to that tally to deliver a combined output of 871 hp. The power is delivered through four high-powered independent in-wheel motors.

The compact, lightweight fuel cell stacks and rigid carbon fiber-reinforced plastic monocoque structure help to keep weight down to 2,143 pounds, giving it a power-to-weight ratio that rivals the most exotic supercars in the world. If you’re wondering what it’s like to drive, you’ll be able to find out soon as it will eventually be a drivable car in Gran Turismo 6 for the Sony PlayStation 3.

Joining the N 2025 Vision Gran Turismo on Hyundai’s stand at the Frankfurt Auto Show is a preview of Hyundai’s i20-based WRC car for the 2016 season as well as the previous RM15 mid-engine Veloster concept. For more from the German show, head to our dedicated hub.