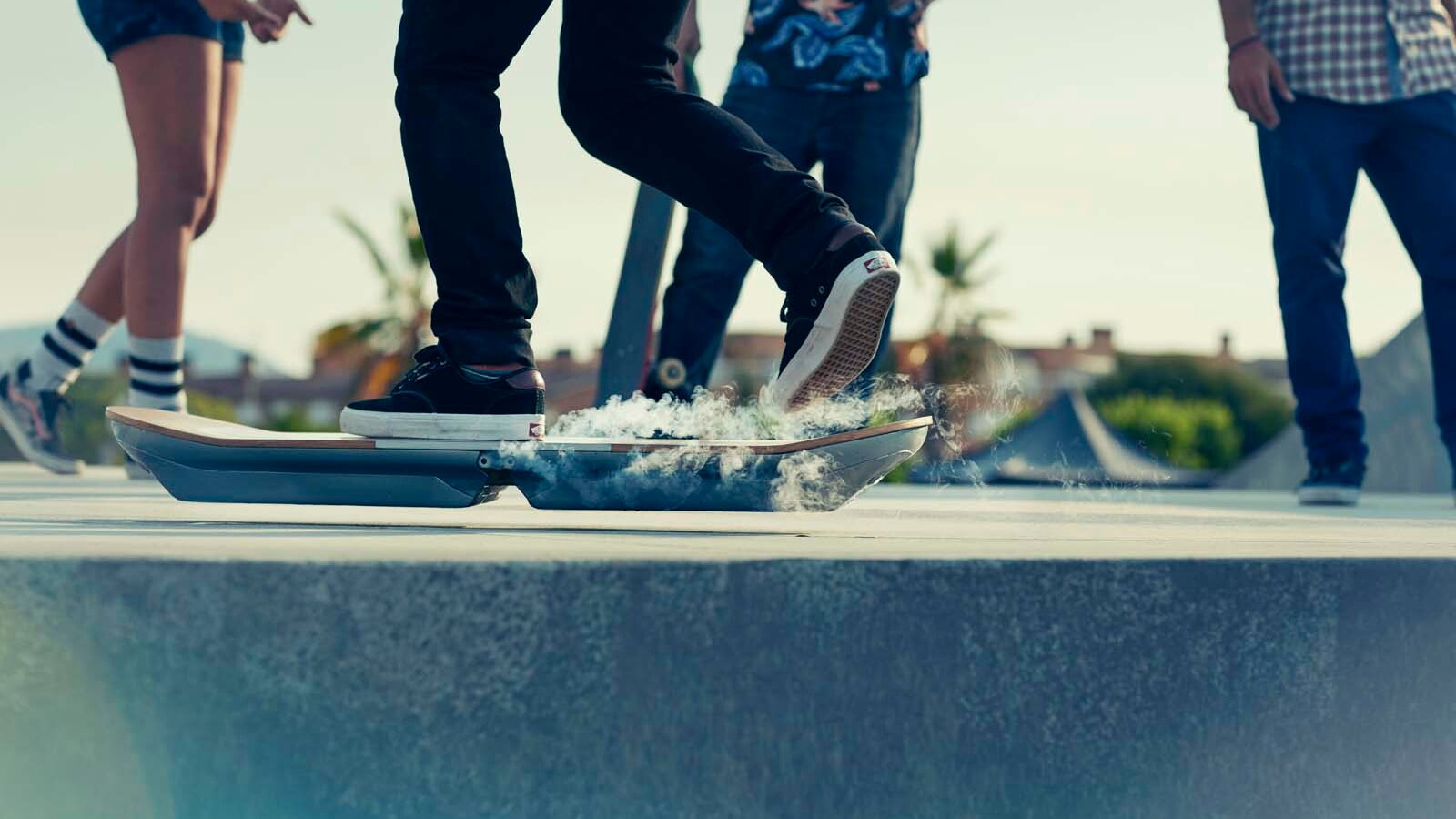 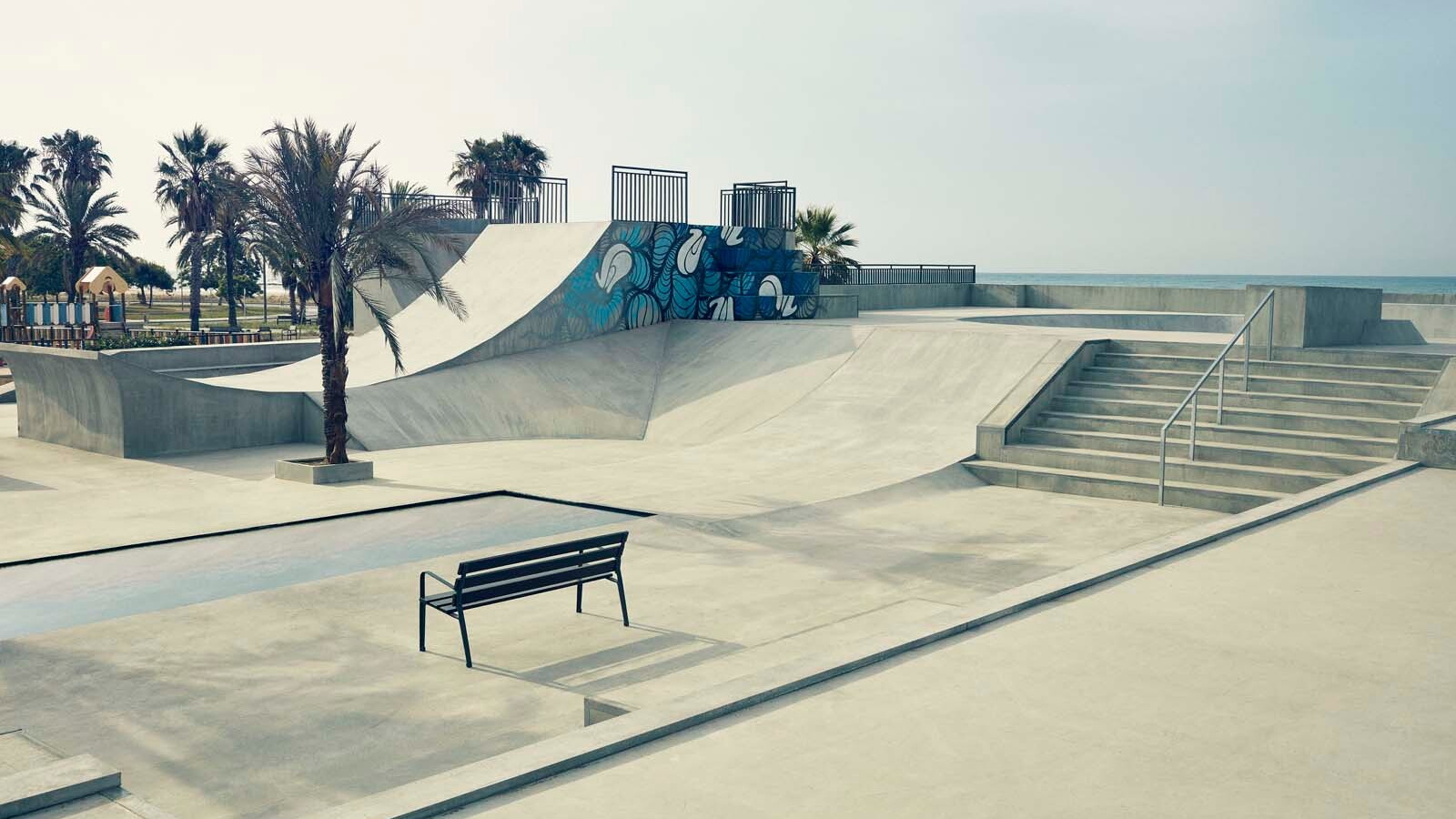 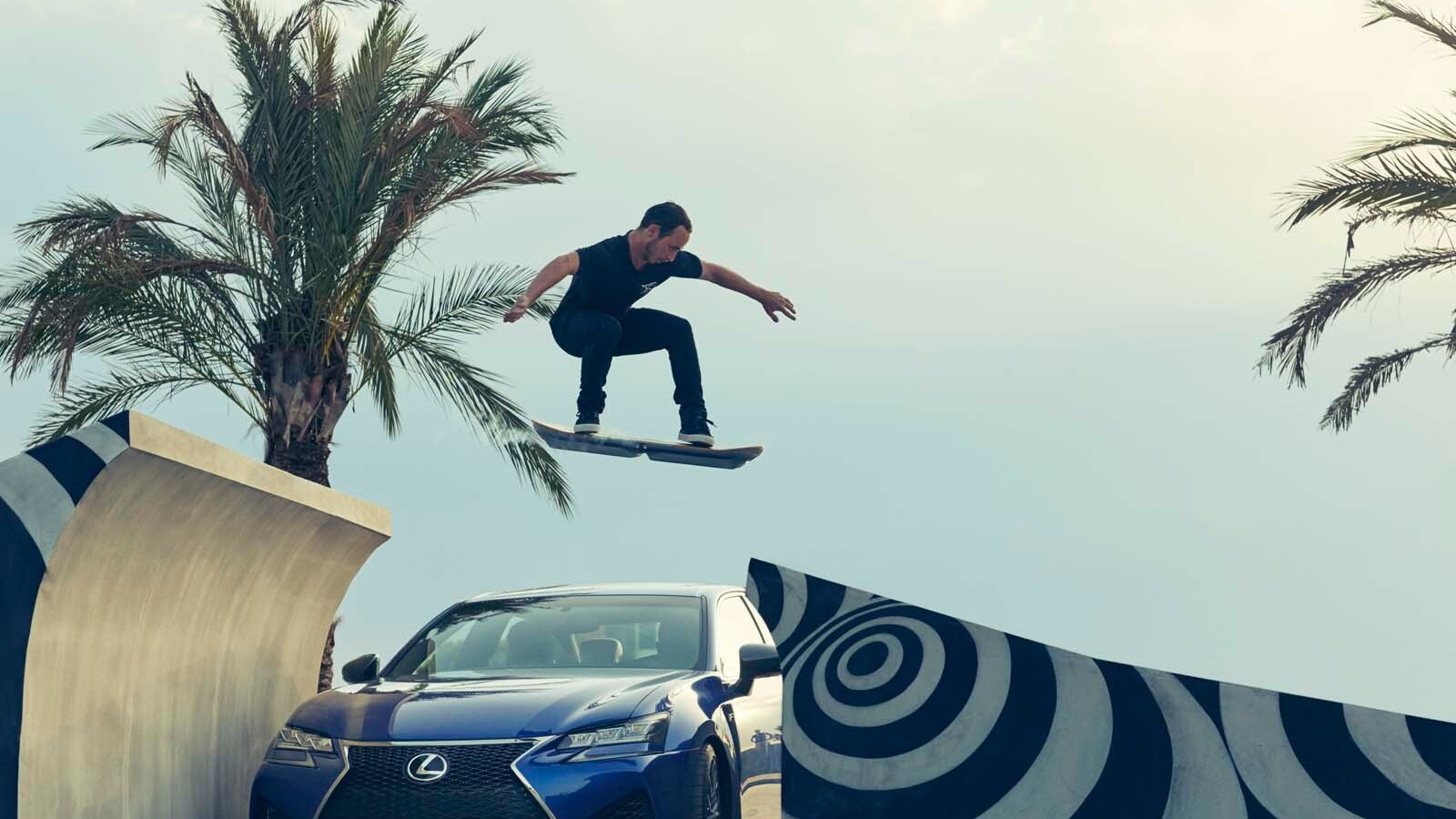 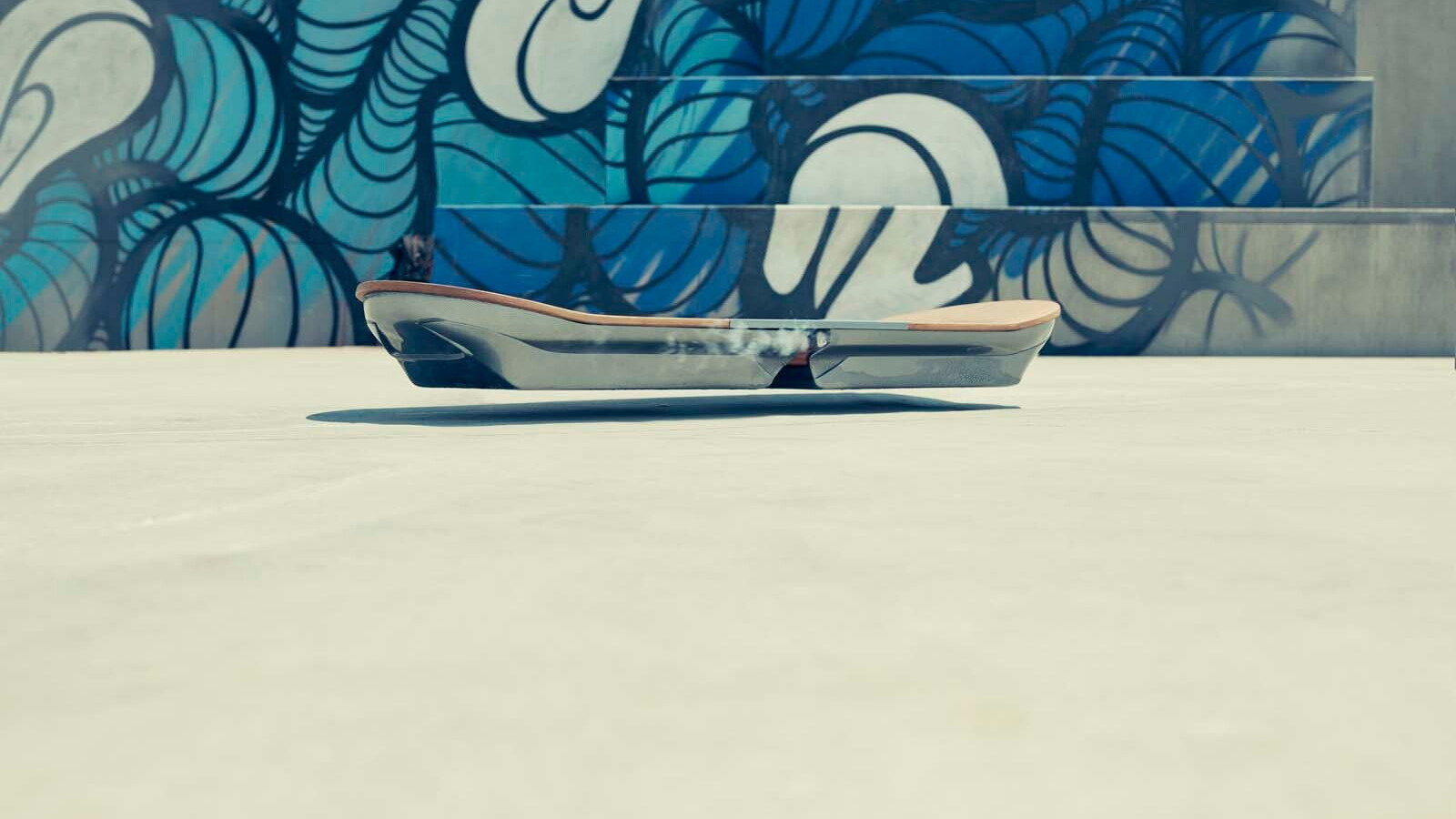 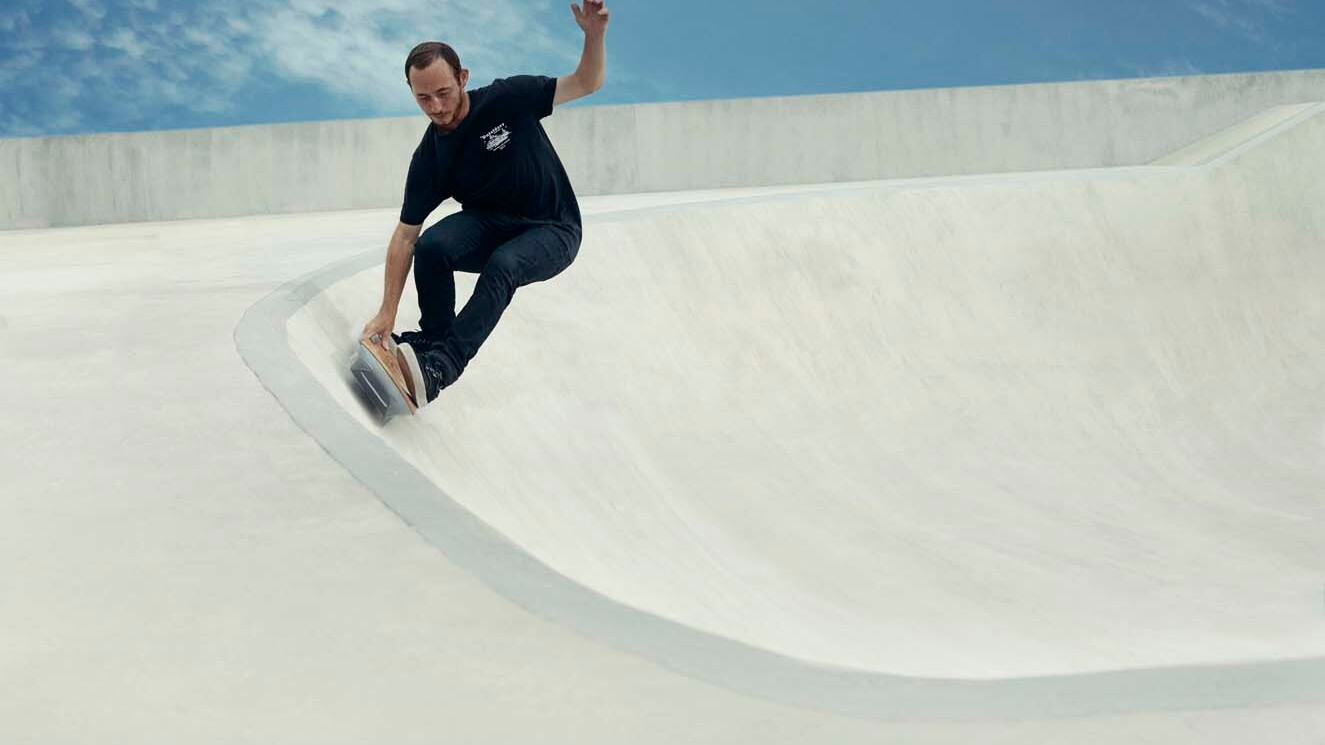 What happens when you combine the oldest Japanese luxury brand, 200 meters of magnetic track, a pair of -197 degree C "cryostats," and a specially designed skatepark outside Barcelona, Spain?

You get an absolutely fantastic way to break your wrist.

Yes, the hoverboard Lexus has been teasing for months is very real, and the company has just released a video of some lucky and somewhat crazy folks riding it. Or trying to ride it. As you might imagine, riding a friction-less plank floating three inches above the ground is pretty tricky. Even pro skater Ross McGouran, who makes kick-flipping a flight of stairs look about as difficult as simultaneously walking and chewing gum, has a hard time riding it.

Here's how he describes the hoverboard experience: "I've spent 20 years skateboarding, but without friction it feels like I've had to learn a whole new skill, particularly in the stance and balance in order to ride the hoverboard. It's a whole new experience.”

For those unfamiliar with the skateboarding's steep learning curve, "learning a new skill" translates to falling down. A lot. That said, upon seeing this video, several members of the Motor Authority team immediately volunteered to try it. Because it floats! And it goes over water, kind of! And it's a real-deal hoverboard!

Just think about the stories you could tell in the emergency room!

CHECK OUT: This Dodge Challenger SRT Hellcat Could Be First With A 9-Second Pass: Video

The hoverboard works by following a magnetic track laid in the cement of the park, and contains a pair of "cryostats" containing superconducting material cooled to a brisk -197 degrees Celsius (that's -321 Fahrenheit).

Here is the official explanation from Dr. Oliver de Haas, who worked on the project: “The magnetic field from the track is effectively ‘frozen’ into the superconductors in the board, maintaining the distance between the board and the track—essentially keeping the board hovering. This force is strong enough to allow the rider to stand and even jump on the board.”

Of course, the special track—and frequent nitrogen recharges—mean you won't see these at your local park any time soon. But bravo to Lexus for actually pulling this off.

Watch the video to see the Lexus hoverboard in action.