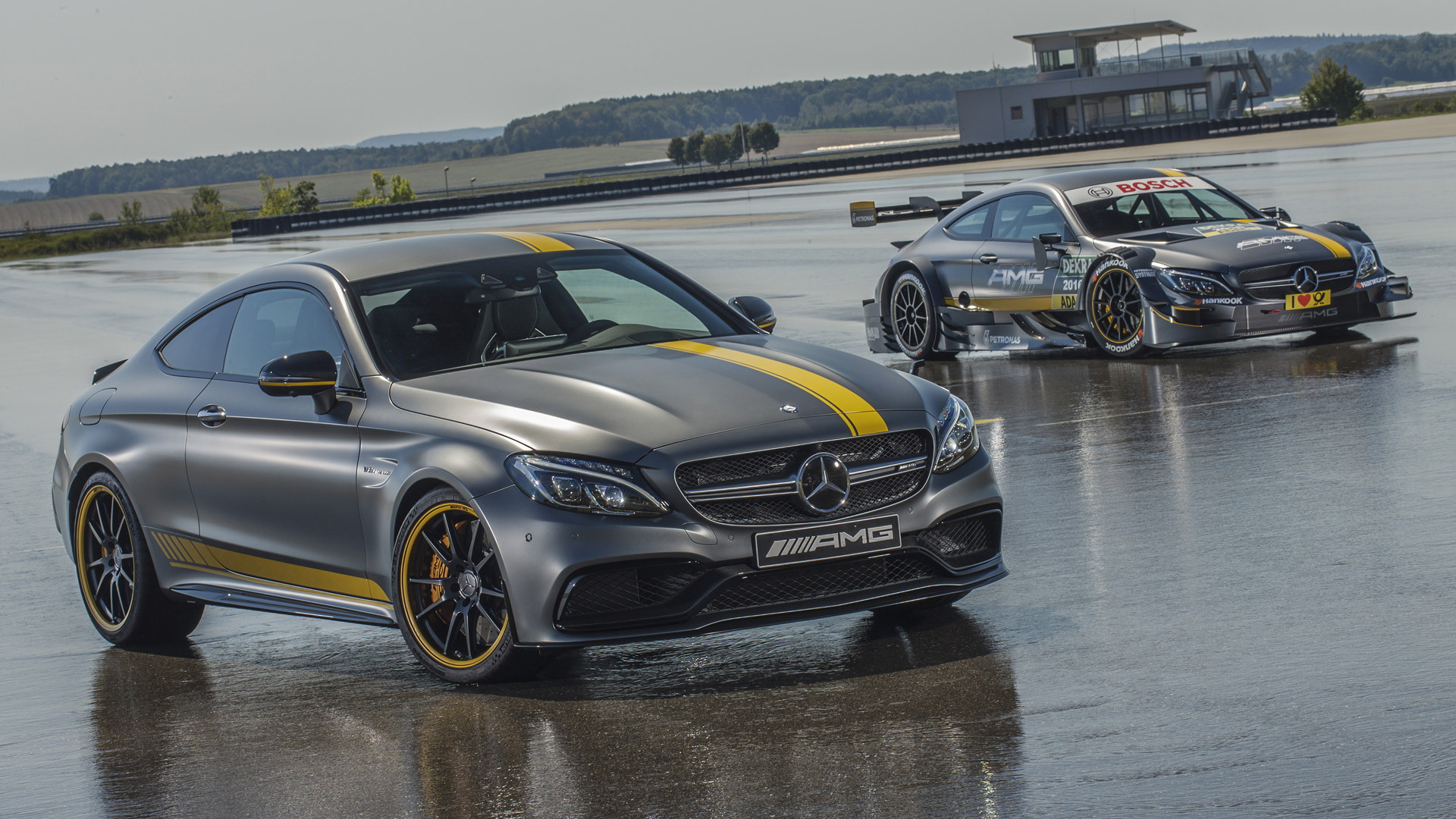 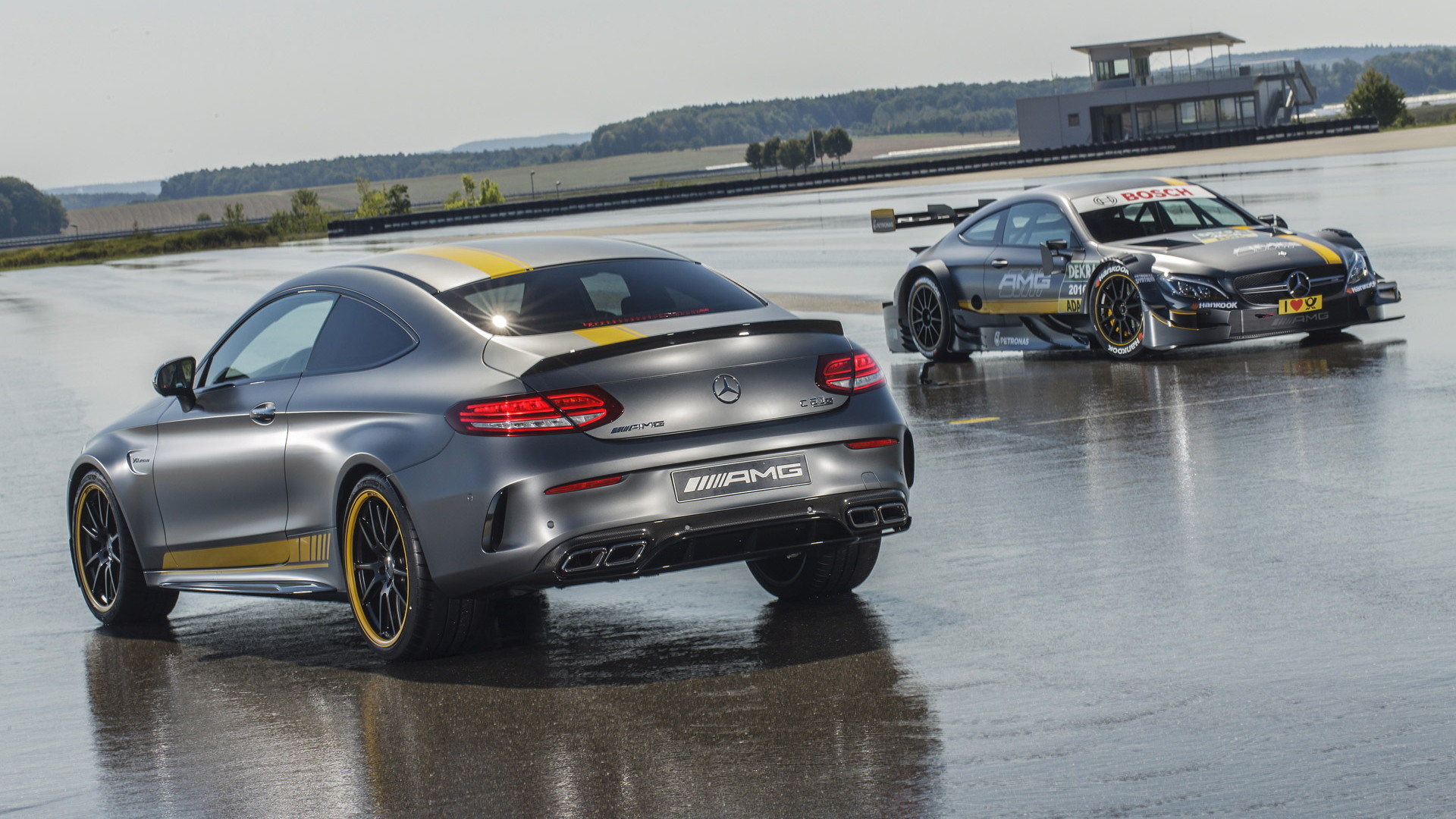 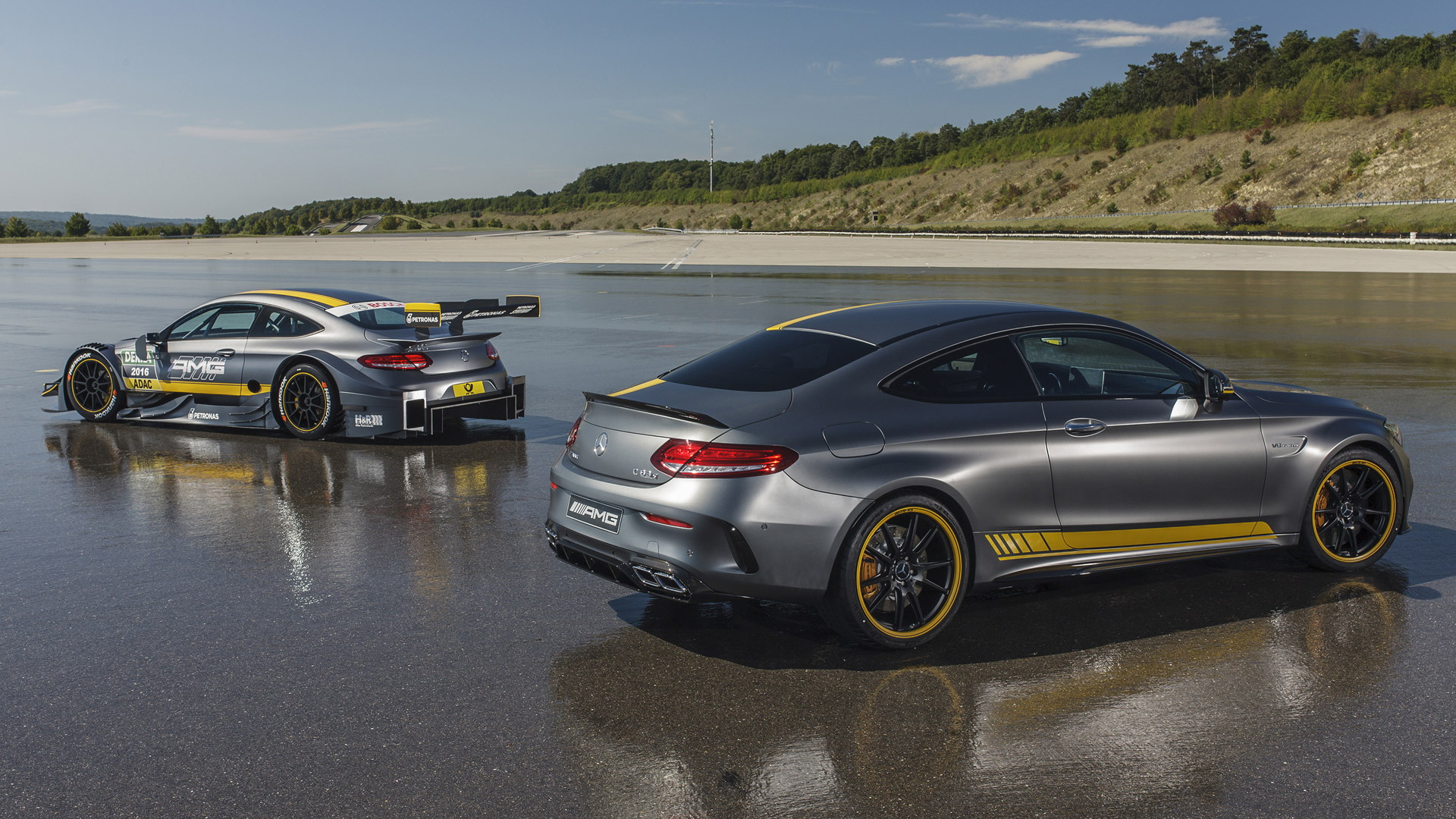 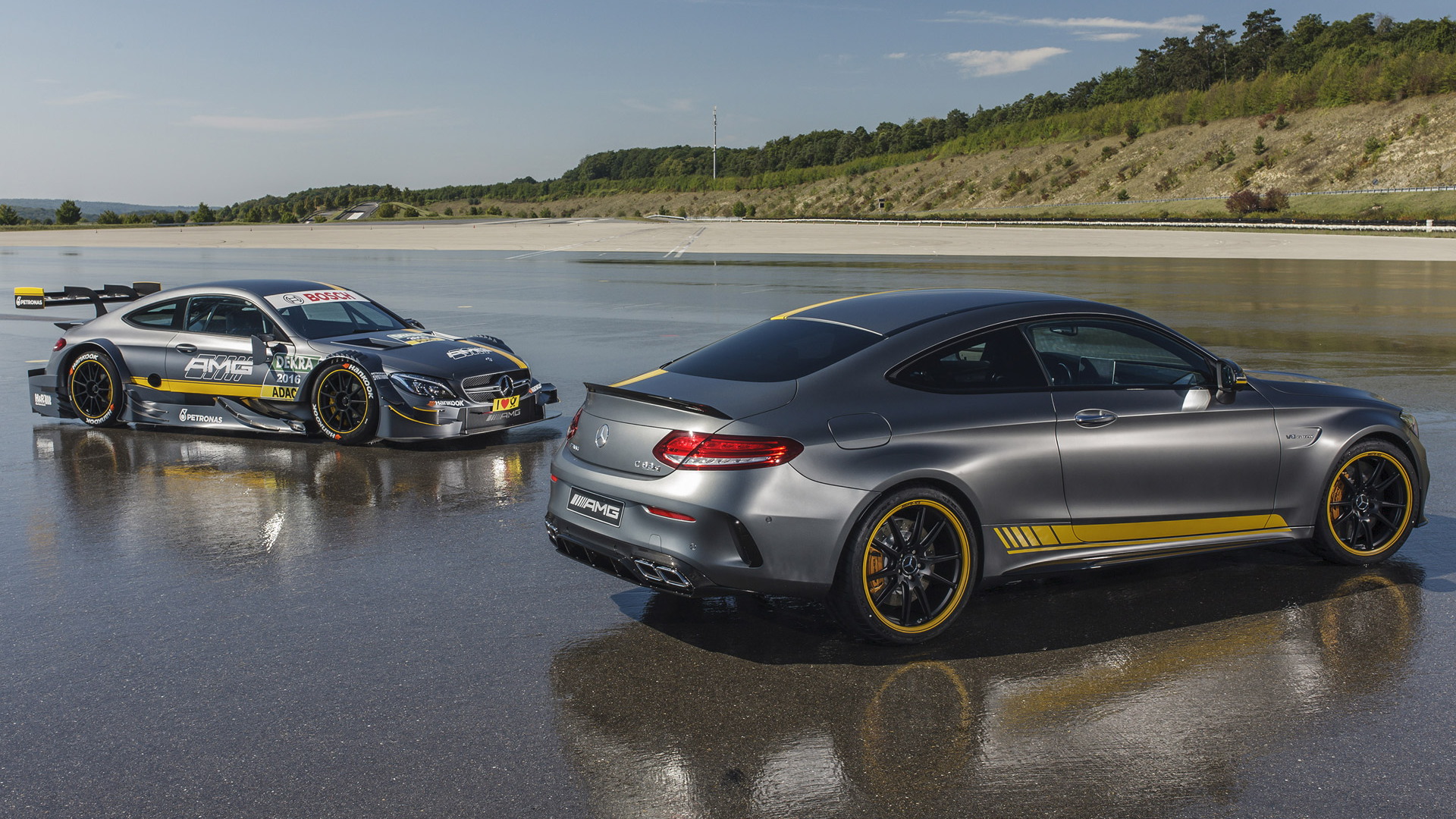 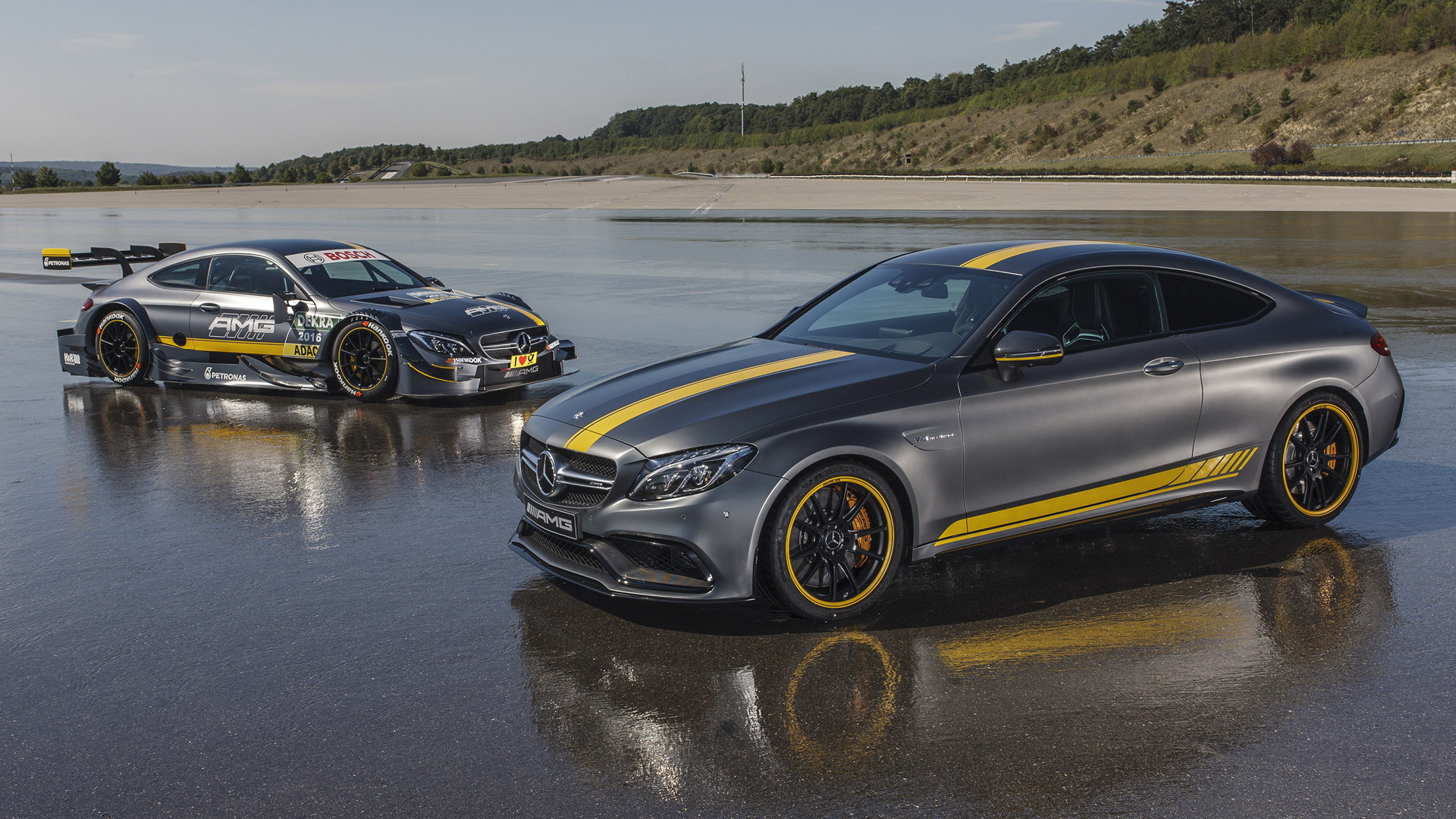 Mercedes-Benz’s sexy new C-Class Coupe and its high-performance C63 variant from Mercedes-AMG will arrive in showrooms early next year. However, other markets will receive the vehicles shortly after their debut this month at the 2015 Frankfurt Auto Show. To treat the early bird buyers, Mercedes-AMG will once again be offering a limited run of specially-equipped Edition 1 cars.

Shown for the first time, the Edition 1 will come in the exclusive color of Magno Selenite Gray together with a contrasting yellow stripe package. The particular combination is borrowed from Mercedes-AMG race cars like the 2016 GT3 and the 2016 C63 DTM, the latter of which also makes its debut this month at the Frankfurt Auto Show.

But getting back to the Edition 1, the car also features a yellow accent on its wheels which are otherwise matte black. They are forged pieces measuring 19 inches up front and 20 inches in the rear. The Edition 1 also benefits from uprated seats and an aerodynamics package, the latter coming with unique front and rear spoilers, new side skirts and a new rear diffuser. There’s also a number of gloss black elements around the body.

Inside, the sports seats are trimmed in Nappa leather and once again include yellow accents. Yellow contrast stitching is also found in the door center panels, arm rests, the steering wheel rim as well as the beltline. Further yellow accents adorn the instrument cluster, the AMG-specific analogue IWC-style clock, and the floor mats. The steering wheel gets a Dinamica microfiber trim and there is also some matte carbon on the dash.

No changes are made to the car’s twin-turbocharged 4.0-liter V-8, meaning output lies at 469 horsepower and 479 pound-feet of torque in the standard version and  503 hp and 516 lb-ft in the S model.

As for the new C63 DTM, the car comes with a 4.0-liter V-8 restricted to 500 horsepower and drive is sent to the rear wheels only, via a six-speed sequential gearbox. The new car carries many of the successful 2015 car’s internals, with design adaptations for the 2016 car including the new body, dynamic-looking headlights and the twin blade grille typical of the AMG cars. The wheels measure 18 inches across and the weight of the race car is a minimum 2,469 pounds.

The first tests with the new vehicle will take place during the winter as part of preparations for the 2016 season. The new season will be the last for V-8s in DTM as the series is set to downsize to turbocharged four-cylinders as part of the harmonization of rules with Japan’s Super GT.

Stay tuned for live photos of both cars following their debut at the Frankfurt auto Show on September 15. For more coverage on the German show, head to our dedicated hub.