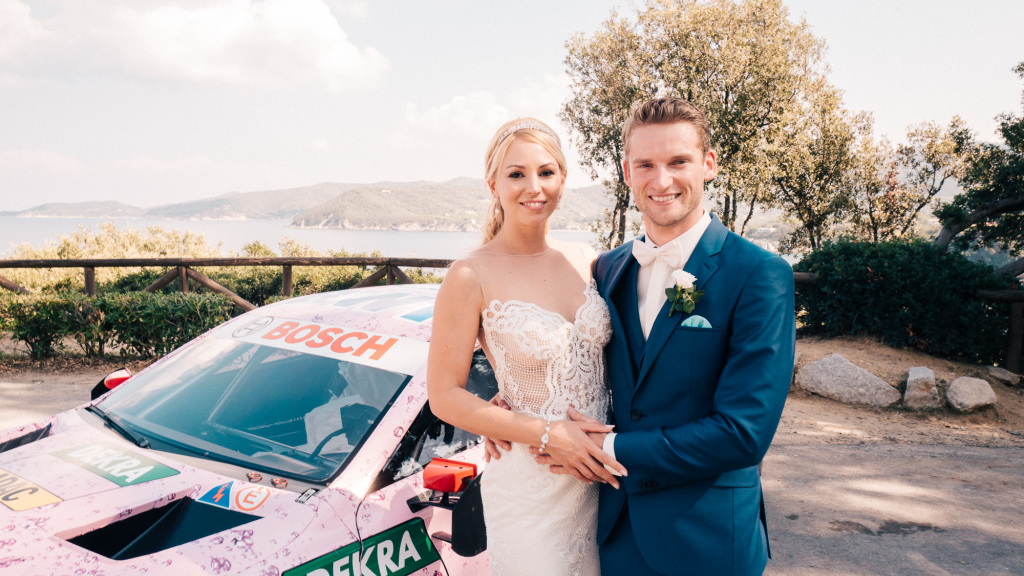 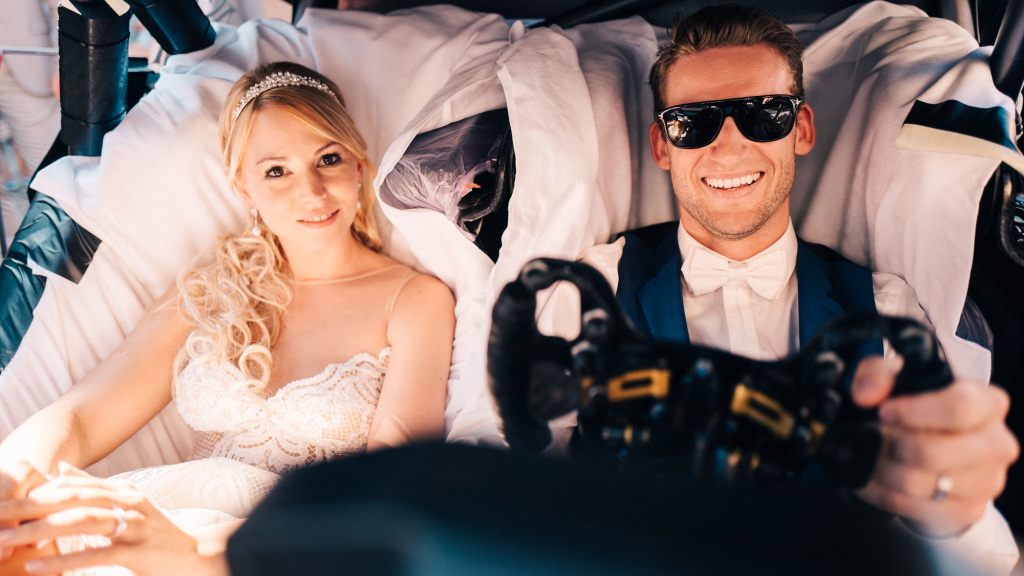 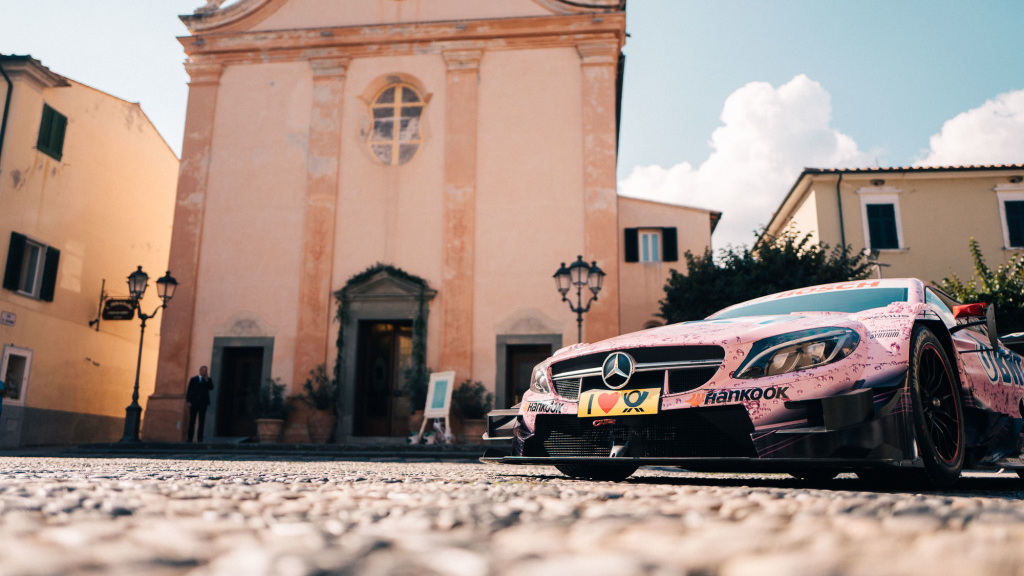 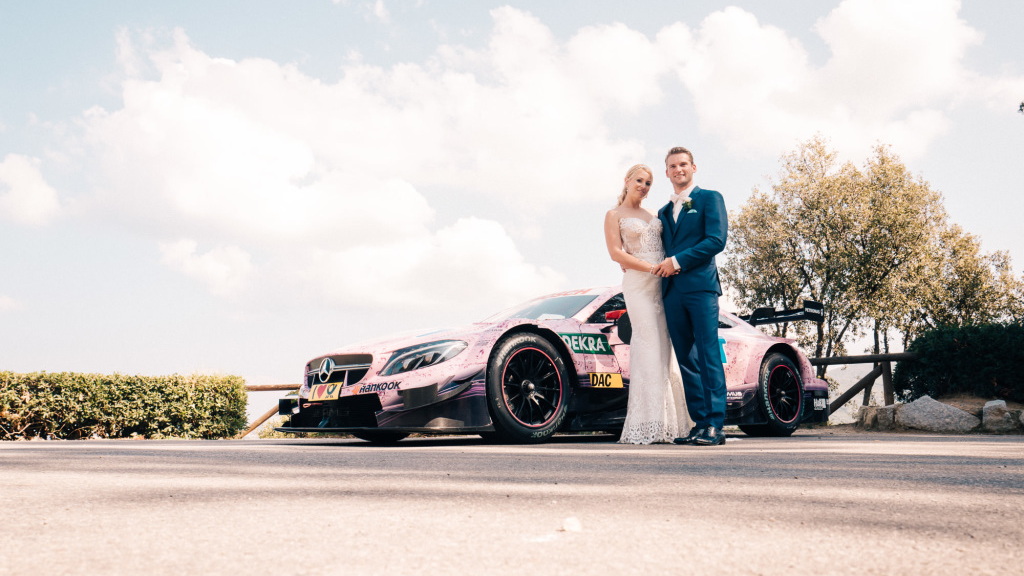 Marco Engel is living his best life. The 32-year-old German gent has been racing under the Mercedes-AMG colors for some time now. Over the course of his career, Engel has competed in karting, GT racing, V8 Supercars, the various major endurance races, Formula E, and DTM. That last one is important because it's where Engel met his now-wife Steffi. It's also important because Marco and Steffi just used a DTM car to drive off from their wedding.

The sky was blue. The newlyweds were smiling. The air around them was... loud? Yes, because a Mercedes-AMG C63 DTM racing car was ready to shuttle the freshly married Engels off to their next destination.

Mercedes offered up the DTM racer to Marco and his wife to use as a wedding shuttle. Marco wisely asked his bride-to-be what she thought of the idea, and she told him to jump on it. They met in the DTM world and now a DTM race car would help them celebrate on their wonderful day.

White tablecloths were place inside to cover up the seats. Large grins were plastered on the faces of Marco and Steffi immediately after that, because the car was driven for a half hour after leaving the church. The newlyweds apparently took the race car down country roads, through a small fishing village, and out toward the coast.

There would be only smiles while driving the car, of course. As it's so loud that the pair couldn't talk to each other for the drive. Regardless, this might be the best vehicle ever ushered into wedding duty.