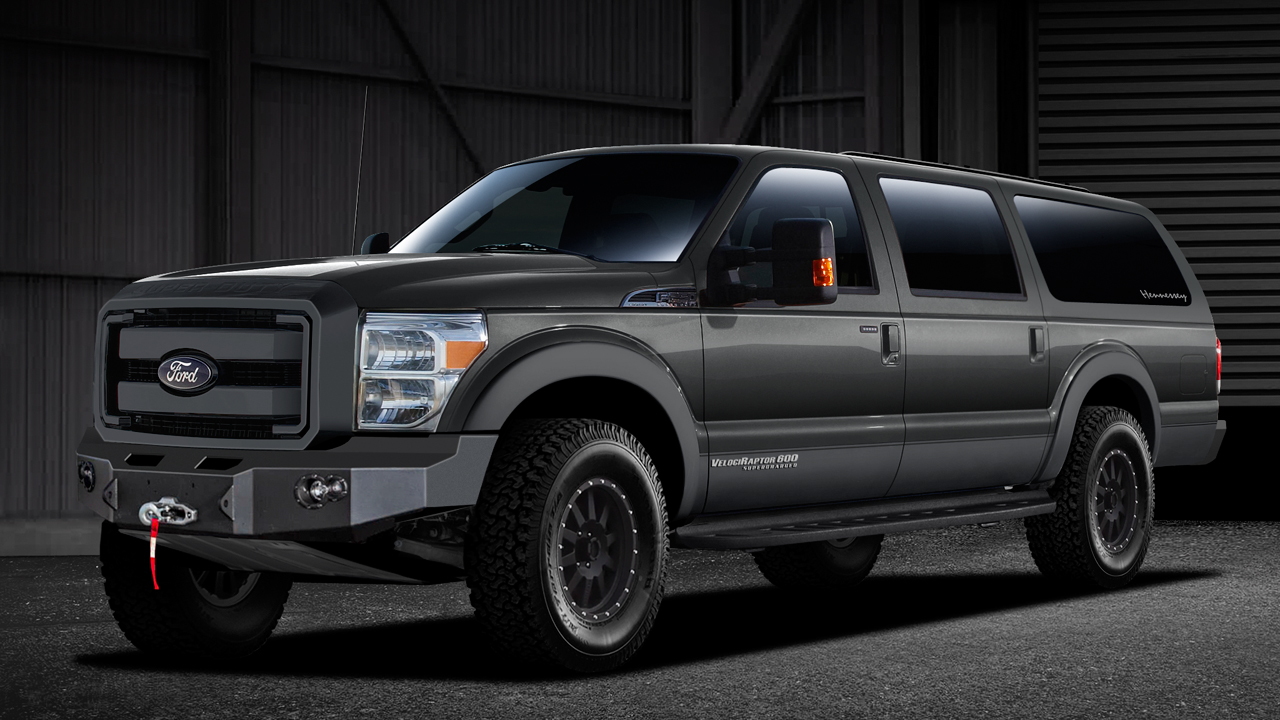 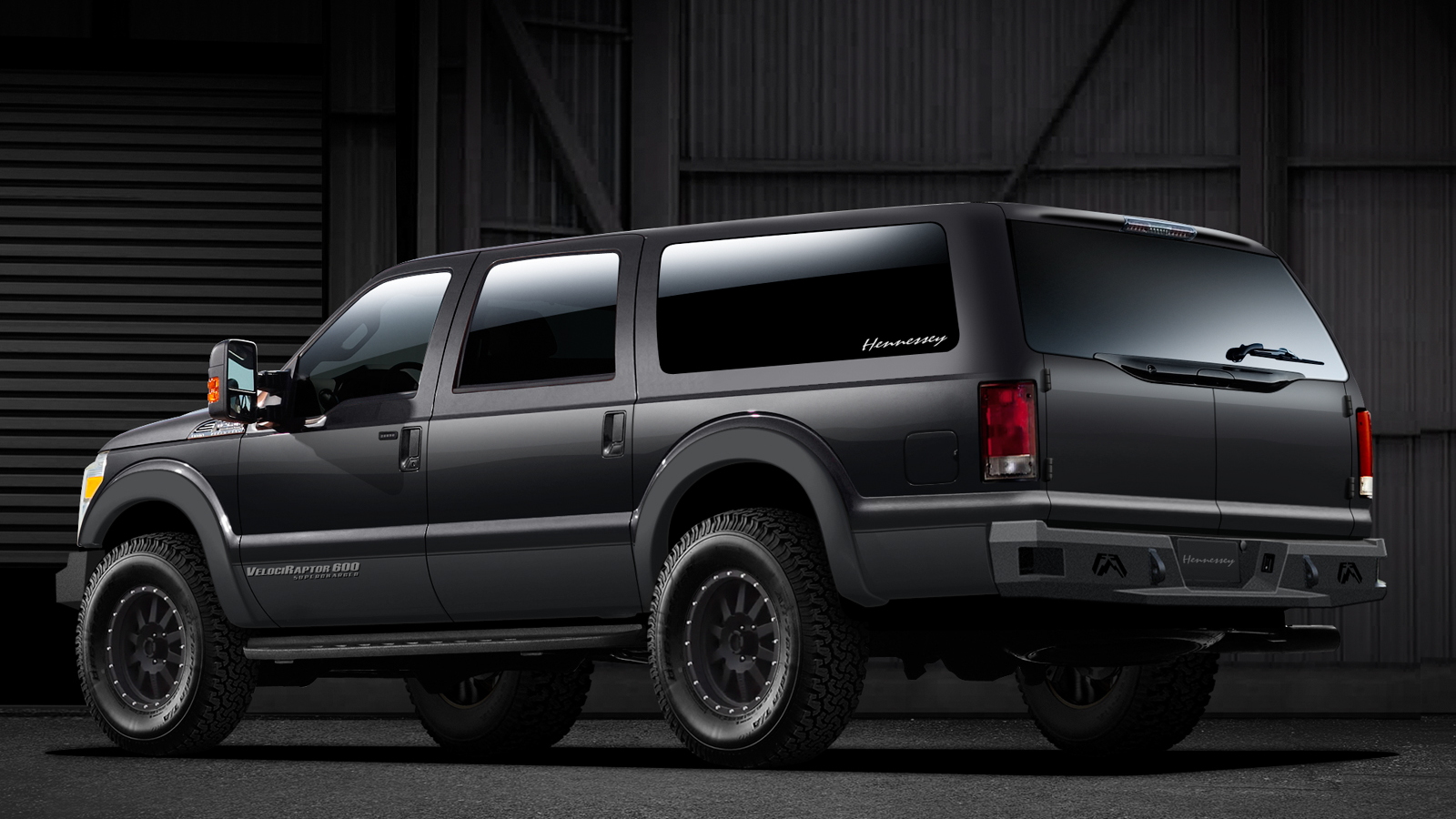 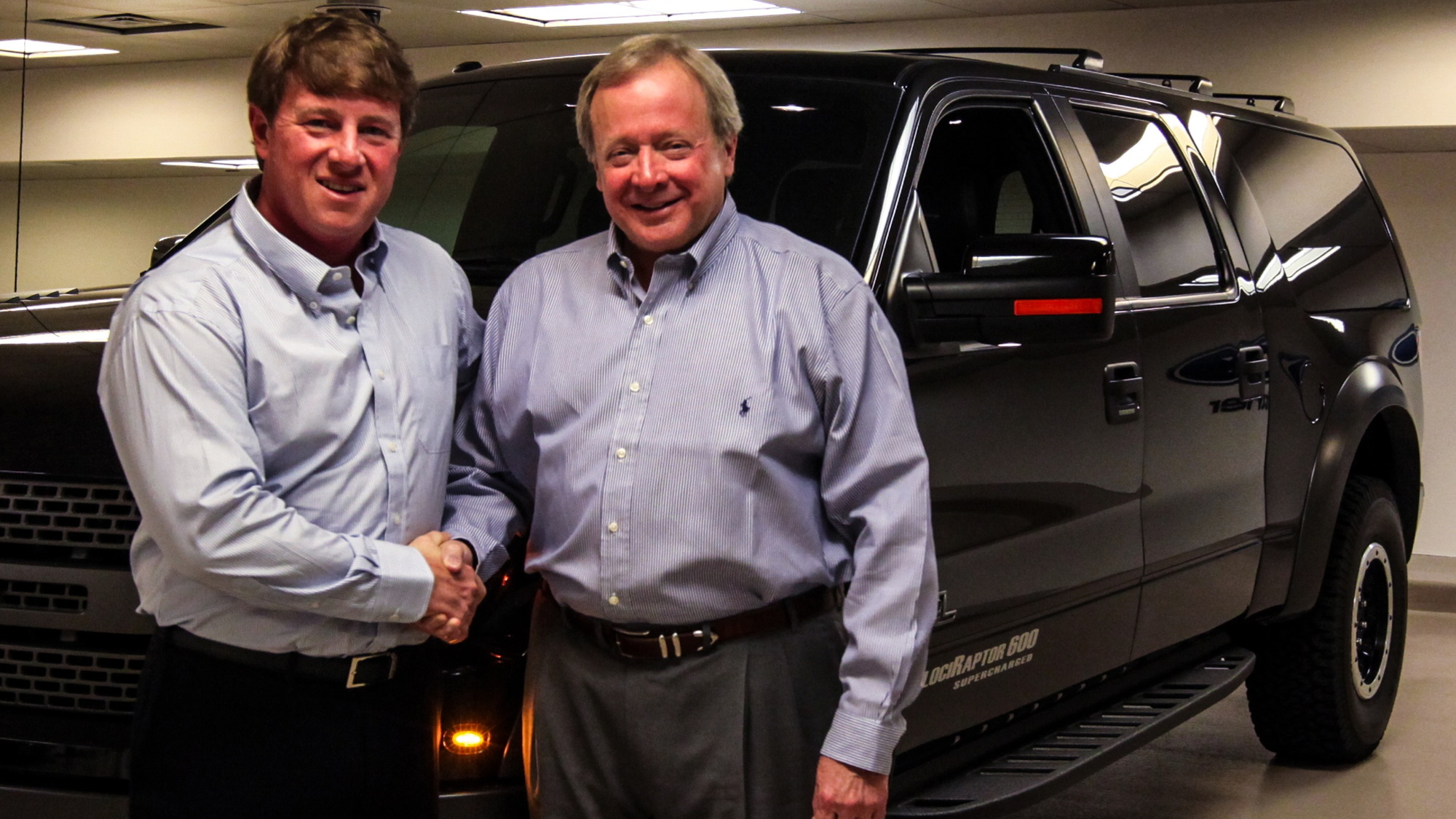 Texas-based tuner Hennessey Performance doesn't do subtle. To paraphrase its founder's slogan, the tuner makes fast cars faster. But in this case? It started with a Ford F-250 Lariat, and transformed it into what the company dubbed a VelociRaptor SUV.

It's not Hennessey's first crack at the concept. The previous model was based on Ford's F-150 Raptor, and the new base vehicle allows the creation to be bigger, if not badder, than its predecessor. As you'd expect, power gets a major boost, thanks to a beefy supercharger which takes output from a respectable 411 horsepower to either 600 or 650 horsepower, depending on options.

Oil-burners haven't been left out of the equation either. Diesel models, along with their 440 horses, will produce a brutal 800 pound-feet of torque.

No performance specs are available, but we'd guess any numbers will be impressive for a truck that boasts room for up to eight and cargo doors. Along with the go-fast bits, there will be a host of appearance options—including a bumper with an integrated LED light bar—and beefier wheels and tires. Wait time is currently at six months, so those hoping to have it in time for summer adventures are out of luck.

We know that Hennessey isn't camera shy, so video of this jurassic juggernaut in action is sure to surface soon. Stay tuned.