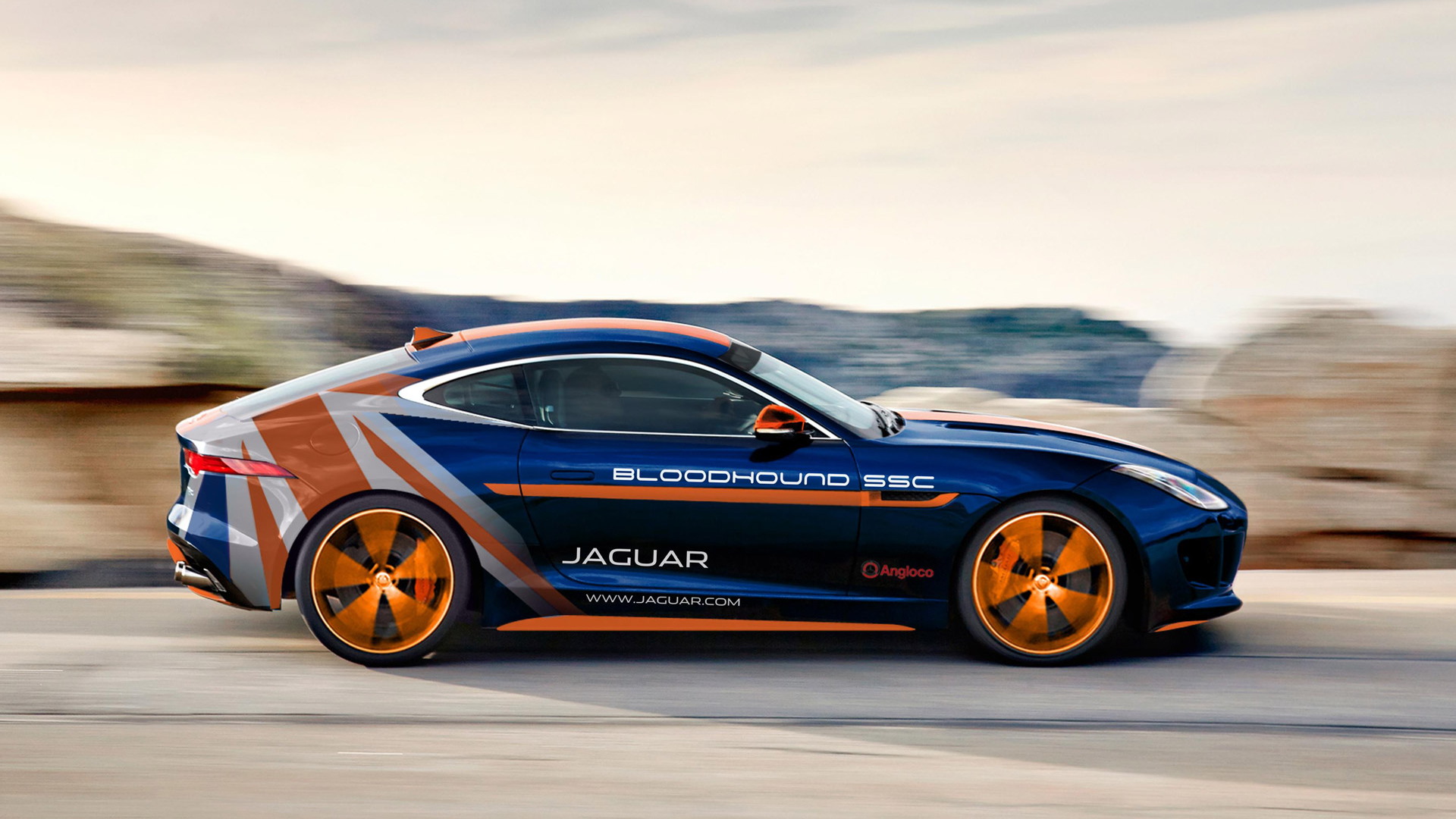 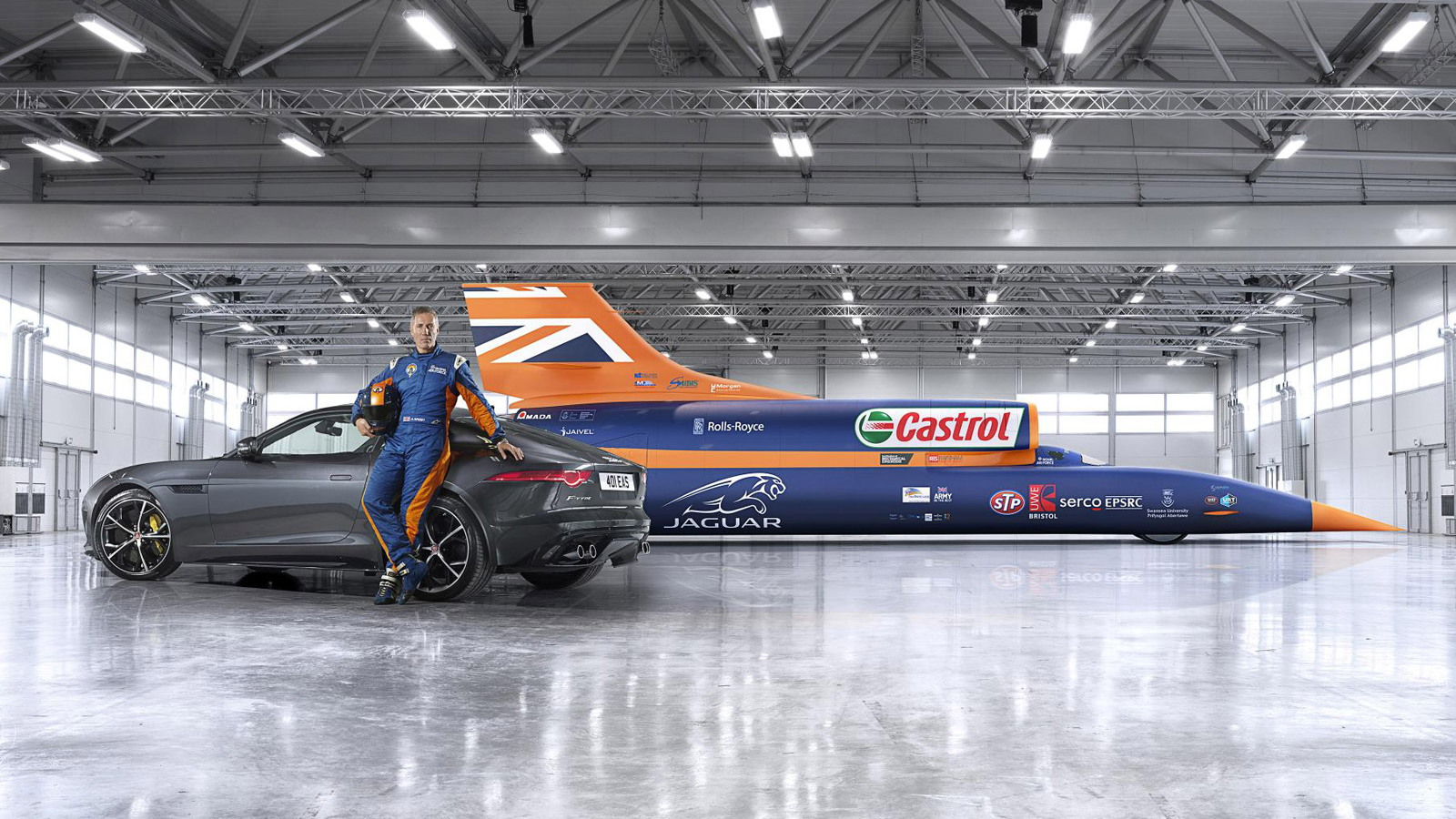 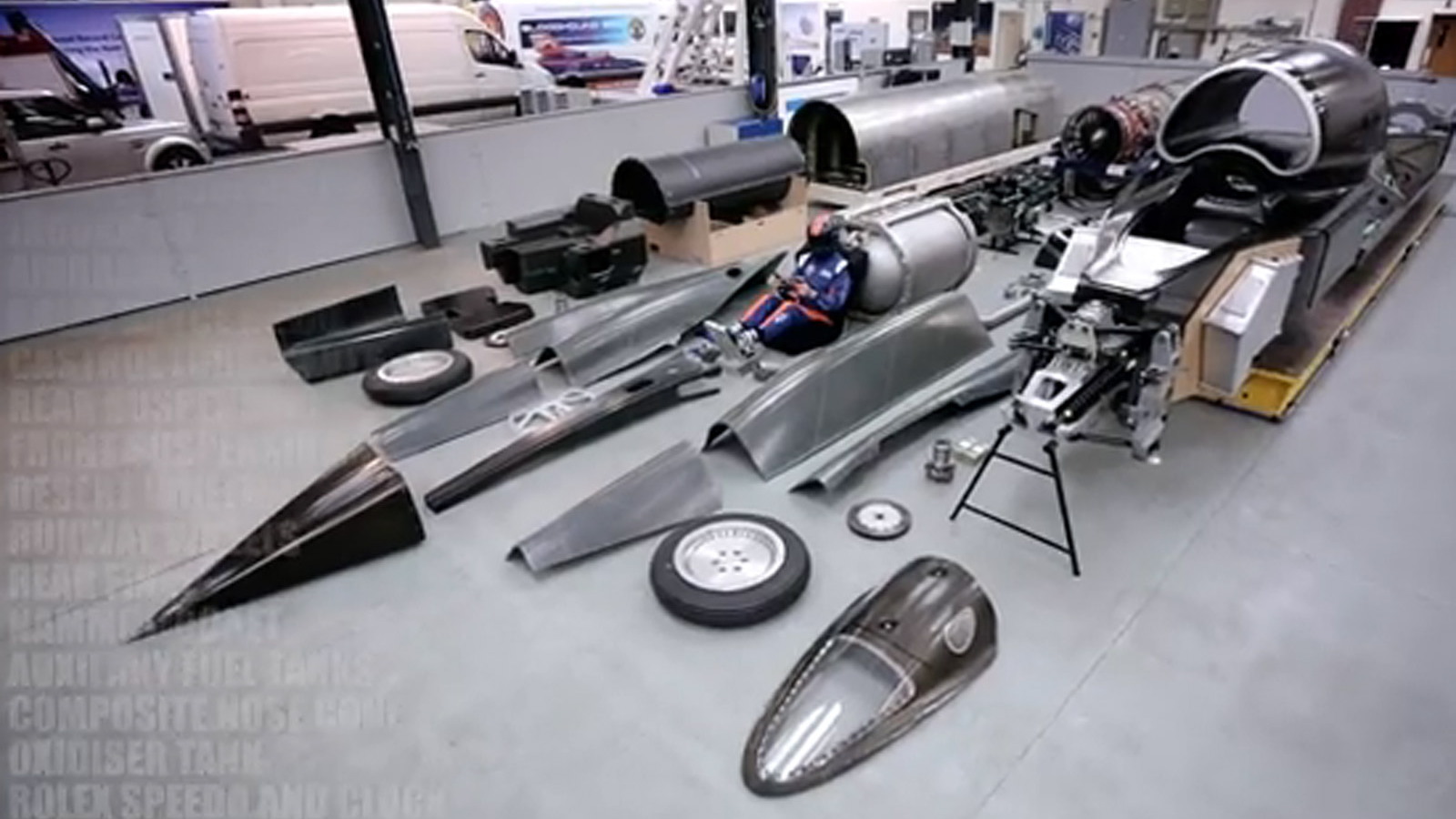 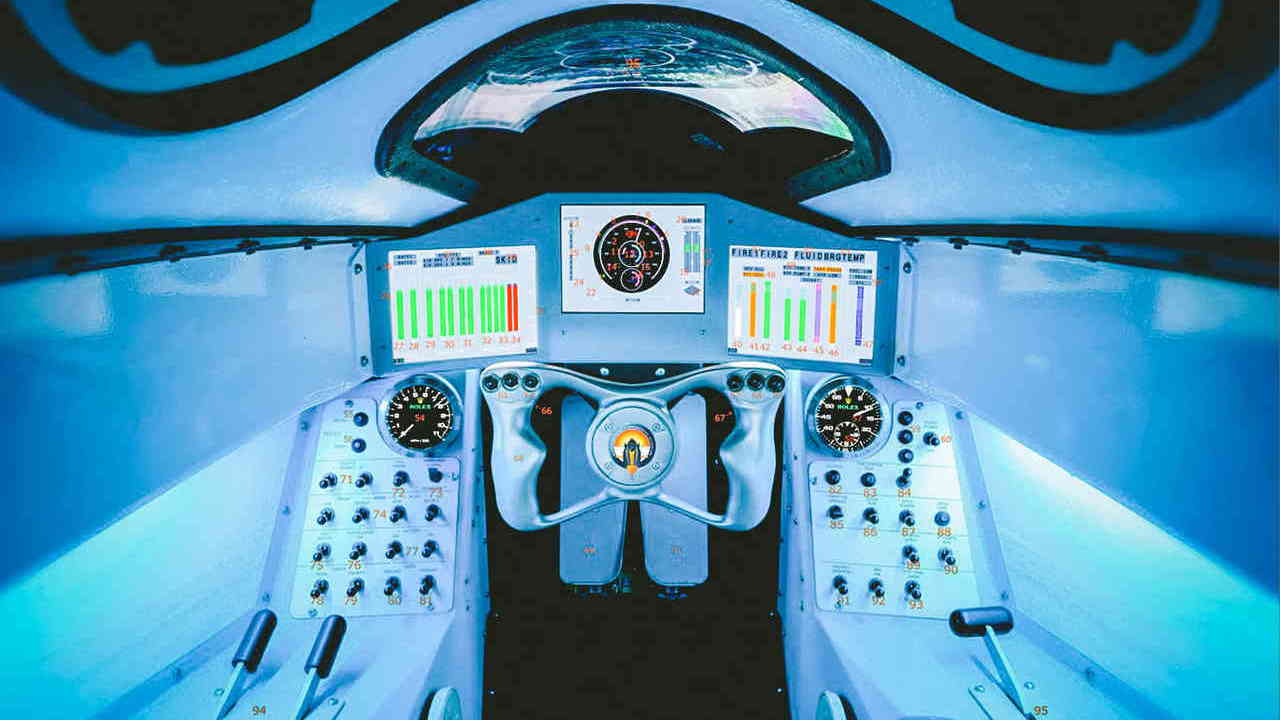 Late last year, Jaguar announced a partnership with current land speed record holder Andy Green and his team at Bloodhound, which is working on a jet and rocket-powered supersonic car (SSC) that will be used in a new land speed record attempt in the next six to 12 months. Green’s previous best was 763.035 mph, clocked in 1997, and this time around the British air force pilot not only wants to beat his record but also be the first to drive at 1,000 mph.

Jaguar’s efforts in the project include the supply of F-Type support cars, one of which has been revealed today in a new livery that matches that found on the actual SSC. The support car is officially known as a Rapid Response Vehicle, or RRV for short, and it’s based on the latest 2016 F-Type R AWD.

You might be wondering what the Bloodhound team needs with a fleet of F-Type support vehicles. Well, the cars have already fulfilled a critical role in the development of the SSC, helping out with a communications test shown in the video below.

Fitted with the same radio equipment as the SSC, an F-Type R was driven head-to-head at top speed with a similarly equipped jet flown at 500 knots and just 20 feet above the ground. The combined closing speed of almost 700 mph enabled the successful test of the system that will allow communications between the ground crew and Green in the SSC.

But it’s not just cars Jaguar is providing. The British automaker is also supplying its engineering expertise and some of its supercharged 5.0-liter V-8s. The 550-horsepower engine isn’t used to drive the SSC but rather to help power the fuel pump of its rocket.

As previously reported, the SSC is a mix of car and aircraft technology, with the front half being a carbon fiber monocoque like a modern supercar and the rear being a metallic framework and panels like an aircraft. Peak output from its combined jet and rocket engines will be in excess of 135,000 horsepower!

Like sister company Land Rover, which has partnered with another pioneering British project, Virgin Galactic, Jaguar is hoping its partnership with Bloodhound will help inspire the next generation of scientists and engineers, which is the overall objective of Bloodhound too.